8 Of The World’s Weirdest And Most Beautiful Moth Species 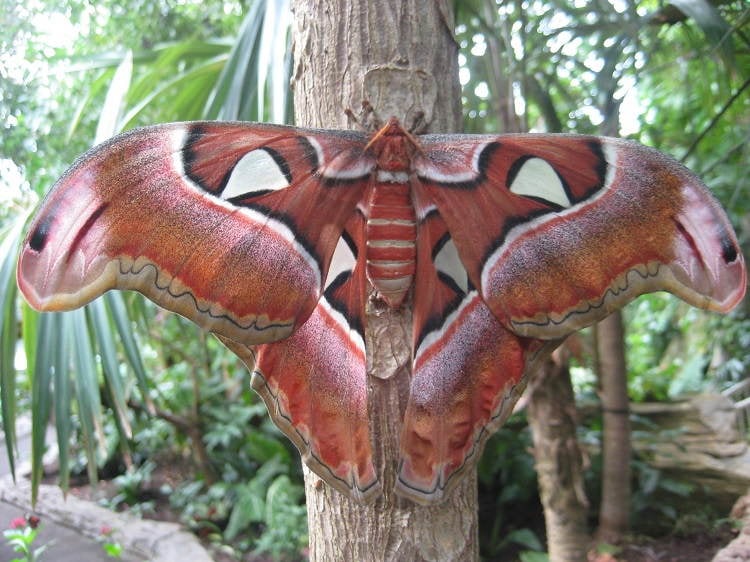 There is some confusion about where the Atlas Moth got its moniker. Some say it is named for the Titan of Greek mythology, while others say the moth was named for what some see as a map-like pattern on its wings. In Hong Kong it is commonly called the “snake’s head moth” because the extensions at the top of its wings look like serpents’ heads. 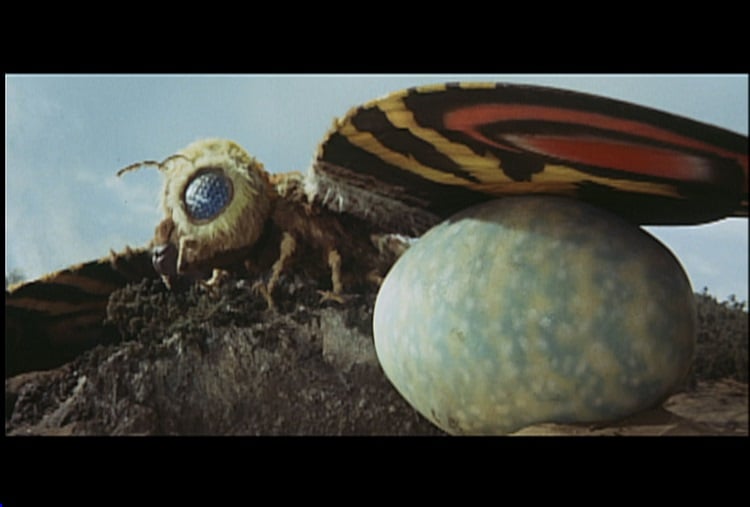 In Japan, a subspecies is known as the Yonagumi silkworm and is considered to be the inspiration for the giant Mothra that went to battle with Godzilla in Japanese monster movies. 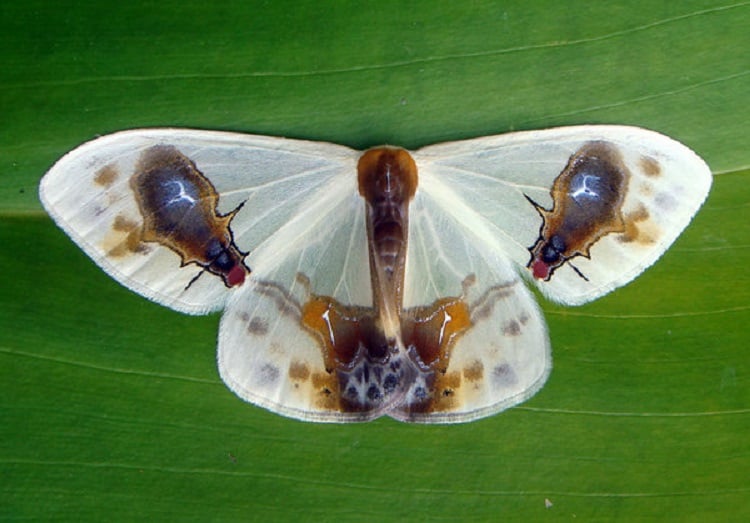 Many moths utilize some kind of camouflage to protect them from predators. Eyespots, like those prominently featured on the Luna Moth are common among other species and are meant to mimic the eyes of animals to keep enemies at bay, or to keep attacks limited to the peripheral areas of a wing.

But the Macrocilix Maia takes things to another level. The Malaysian moth deters predators with an image of two flies eating bird poop. In addition to confusing its enemies with what one blogger calls a “mural” painted on its wings, the moth also emits a horrible odor to go along with the tableau and duplicate the smell of bird droppings. 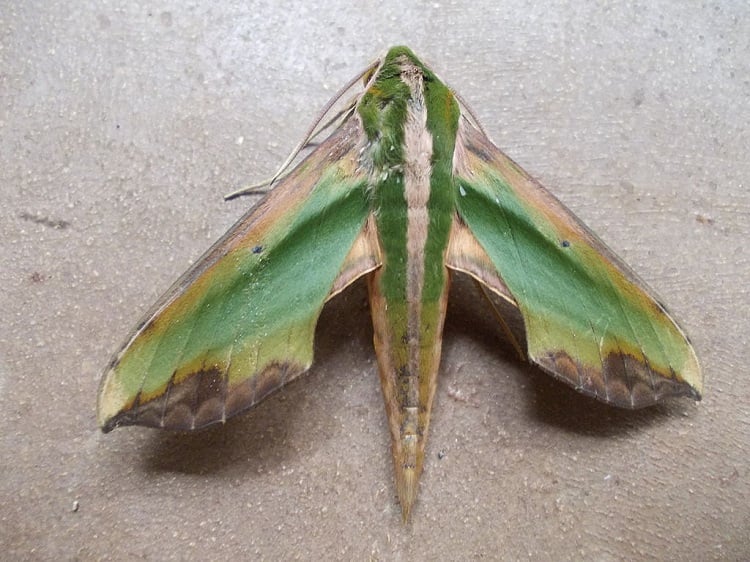 Other moths use mimicry in terms of color, form, or through evolutionary development that has resulted in them sharing their appearance with more dangerous or harmful insects. The Green Hawk Moth, found in India, takes on the appearance of a leaf as a form of camouflage. 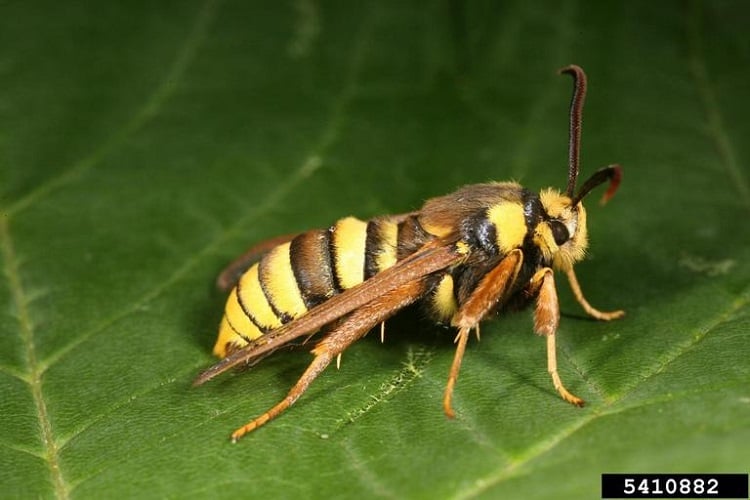 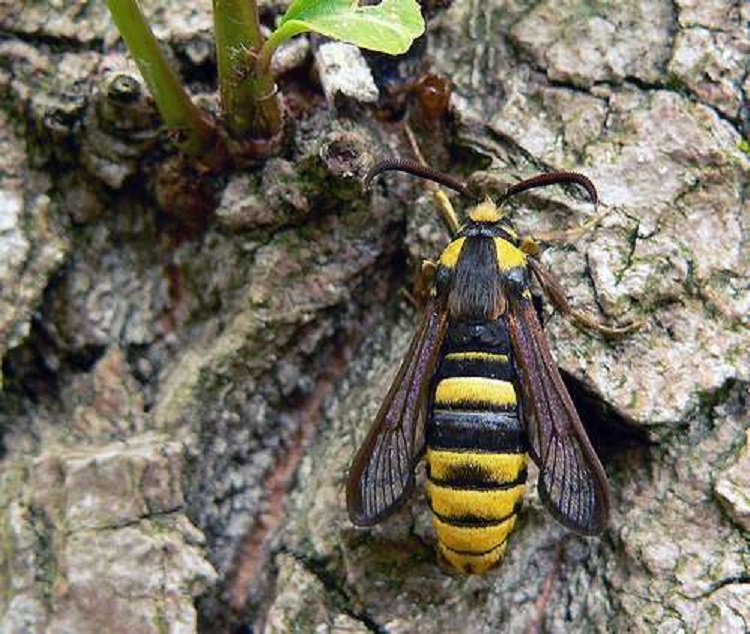 The Hornet Moth or Hornet Clearwing looks like a hornet that will sting you, but it is completely innocuous. The same size as a hornet, it even has the same jerky flight pattern when disturbed. 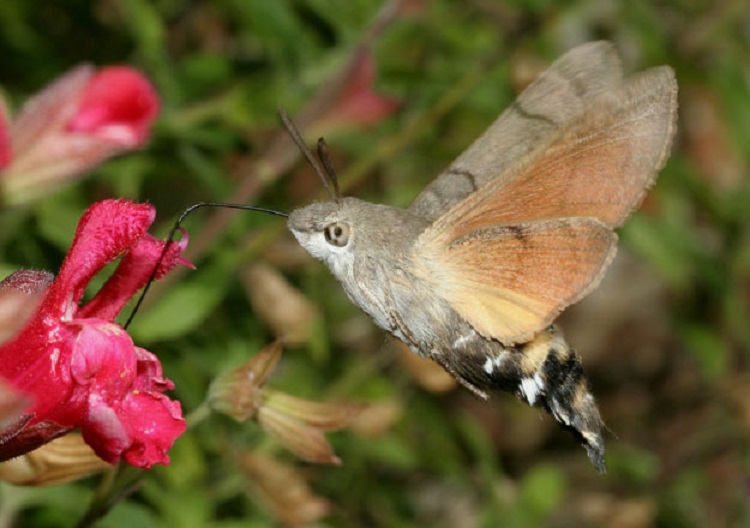 Hovering like a helicopter around flowers while darting quickly from blossom to blossom is something one might associate with hummingbirds, which is certainly how the Hummingbird Hawkmoth got its name. Plus, its wings beat so rapidly, the insect makes a humming noise while flying. 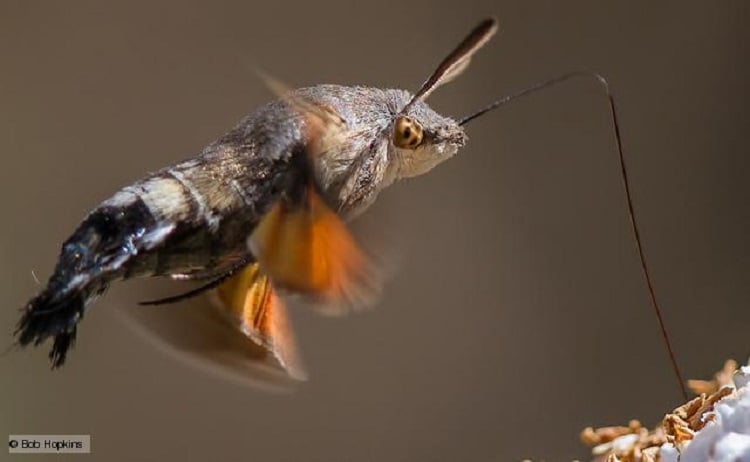 The moths also have very similar feeding patterns to hummingbirds, attracted to flowers with a plentiful supply of nectar such as honeysuckle and buddleia. Scientists have also noted that the moths have a very strong memory because they return to the same flowerbeds at the same time every day.