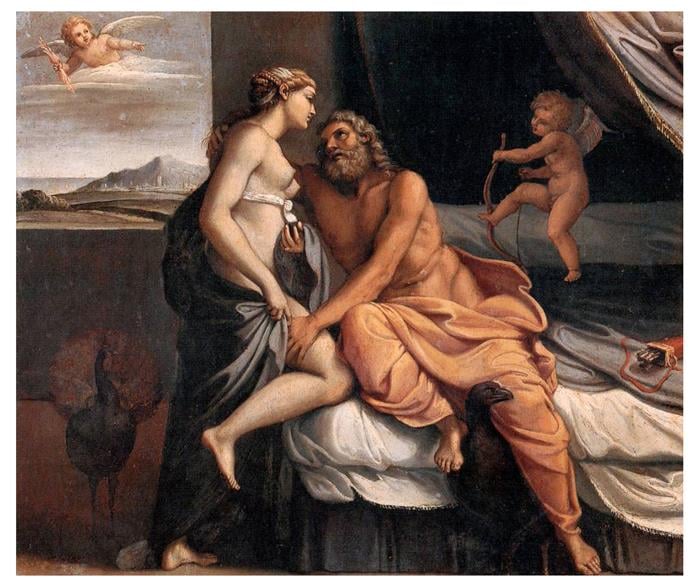 Greek: King of the Gods, God of Thunder and the Sky
Parents: Cronus and Rhea
Consort: Hera (and pretty much everyone else)

The god of Greek mythology, he rules his subjects from Mount Olympus as “the father of gods and men.”

Though he’s famous for throwing lightning bolts, it took more than that for the king to keep his crown. Zeus notoriously remained on top using trickery, violence, and the seduction of many, many women.

To begin his reign, he first had to overthrow his own father, Cronus, who — before Zeus’s birth — had been told by an oracle that one of his children would defeat him.

Hearing this unsettling news, Cronus did the only logical thing and swallowed all of his existing children: Hestia, Demeter, Hera, Hades, and Poseidon.

When Zeus popped out, though, his mother hid him in a cave. There, most mythological readings say he was raised by Gaia until he reached adulthood. All grown up, Zeus confronted his dad and forced him to regurgitate his siblings. He then banished Cronus to Tartarus. 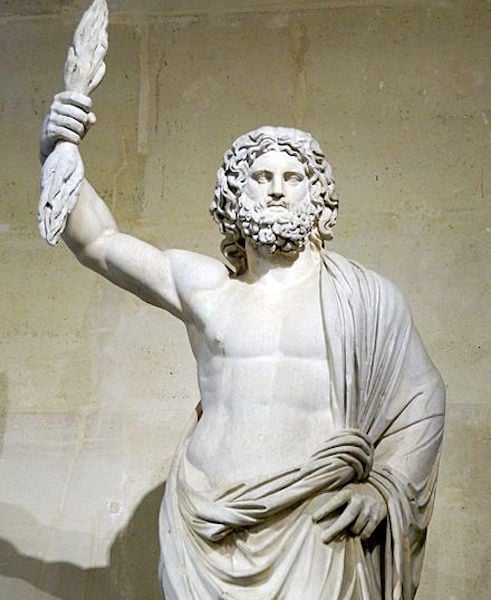 Not one to discriminate in his love life, Zeus fathered anywhere between 70 and 100 children with both goddesses and mortals. He loved making trips to Earth dressed as different creatures and entities — like golden rain, an ant, a shepherd, and an eagle.

One time he disguised himself as a swan to seduce the mortal Leda (because what girl doesn’t want to date a swan?). He and Leda had three children together, the most famous being Helen of Troy. 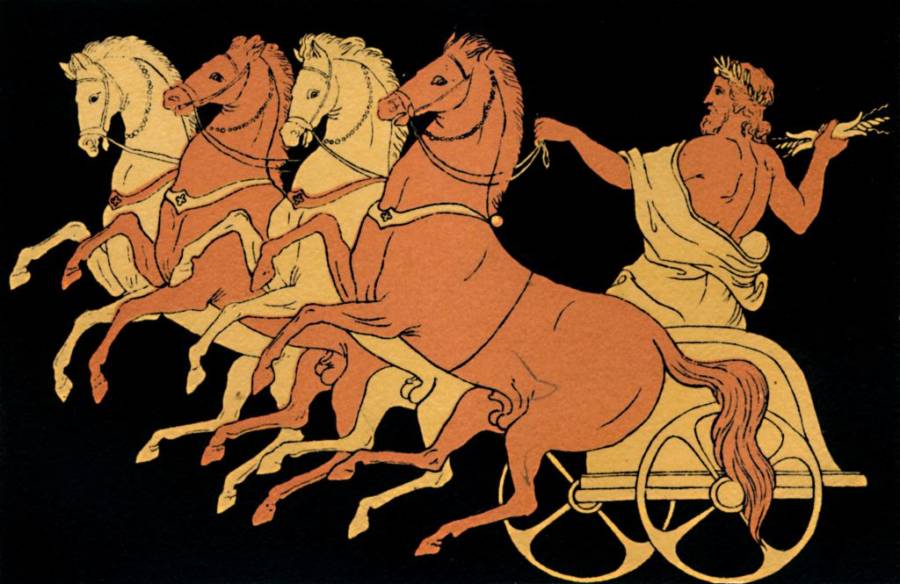 The Print Collector/Getty ImagesThe Chariot of Zeus, 1880. Zeus is the sky and thunder god in ancient Greek religion, who ruled as king of the gods of Mount Olympus.

Zeus’s Earth trysts almost always produced a new demi-god or hero, like Hercules. Meanwhile. on Mount Olympus, he fathered a slew of new gods including Aphrodite, Apollo, Persephone, and Athena (who sprung out of Zeus’s forehead as a full-grown adult).

Violent and tricky, insatiable, and incestuous (Hera was his sister), Zeus undeniably earns the title of most powerful god on the list.