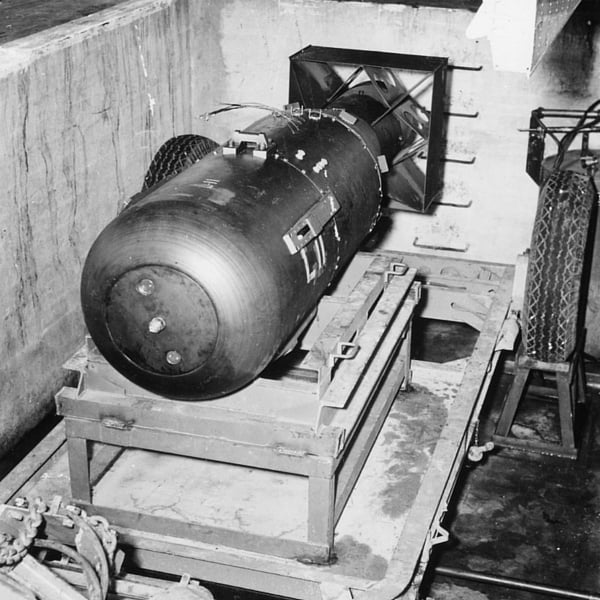 When the first atomic bomb, Little Boy, was dropped on the city of Hiroshima, it detonated with a blast the equivalent to 16 kilotons of TNT. Although it seems like a blast of that magnitude could destroy half a country, the radius of destruction was only one mile.

The firestorm that came after caused the most deaths. All told, the bomb killed 30 percent of Hiroshima’s population, and left upwards of 70,000 injured. Because the bomb slightly missed its original target and instead detonated above a hospital, it killed or injured 90 percent of the city’s doctors and 93 percent of its nurses.

In the days that followed, the U.S. military turned to their second choice, Kokura, as well as Nagasaki, one of the largest seaport cities in Japan. The latter produced some of the country’s most vital military supplies, including ships.

While Nagasaki was known to be an important city to Japan, it had evaded previous firebombing because it was very difficult to locate at night with military radar. Beginning on the first of August, the U.S. military dropped several small-scale bombs in the area, mostly hitting shipyards and beginning to chip away at the city’s feelings that it had been spared of the violence plaguing the rest of the country.

Engineers completed the second atomic bomb, Fat Man, on August 8. President Truman had only stipulated that the pair of bombs be used on Japan as they became available, so the timing depended on nothing more than the engineers and the military members tasked with taking it to its final target. 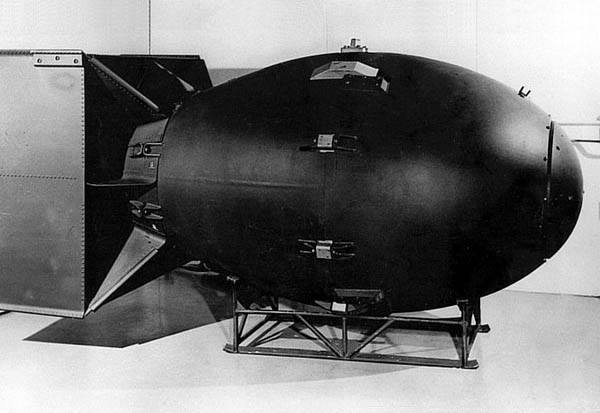 The mission to drop Little Boy on Hiroshima went off basically without a hitch: the bomb was loaded, “weaponeers” prepped for their task, the target was located and, for the most part the bomb hit as directly as wind would allow.

The Nagasaki mission, however, seemed to go wrong right from the start — primarily because the planes were initially headed for Kokura.

As the B-29 flew into the night with 13 military personnel on board, something unexpected happened: the bomb armed itself, seemingly apropos of nothing. Grabbing the bomb’s manual, those on board clamored to figure out what had happened, and what they needed to do to be sure it did not detonate before they reached their target.

Exactly what transpired on this flight is not well-documented, except from what appears in the diaries of the men aboard the plane. Highly edited renditions appear in archival military reports. The personal accounts vary, depending on perspective.

Firebombing and cloud formation from the previous atomic bomb detention just days earlier clouded the skies above Japan, in particular above Kokura. Mission pilots panicked, worrying that they were running out of time and fuel (which they were) and elected to forget about Kokura and head for Nagasaki.

As they approached Nagasaki, the clouds parted, and the pilot radioed in that he could see the city. He was given the go-ahead.

As the plane carrying Fat Man — packed with 14 pounds of plutonium — flew over the city, no sirens warned civilians of the impending disaster. The pilot dropped the bomb out of the sky in silence, and 47 seconds later, it detonated.

Estimates say that the bomb instantly vaporized somewhere between 22,000 and 75,000 men, women and children. Only 150 were members of the Japanese military. The bomb injured 70,000 more, and radiation would continue to take the lives of those who had been there for decades.

As it happened, Soviet troops had advanced into Japan at the same time as the U.S. missions to drop the bombs — and it was this event that made headlines on August 8 and 9, not the bomb dropped on Nagasaki. In Truman’s subsequent radio address to Americans, he mentioned the atomic detonation on Hiroshima once, and did not mention Nagasaki at all.

By most mainstream Western accounts, which have continued to focus on the ethical justification of the bombs, the events in Hiroshima and Nagasaki forced the Japanese military to surrender and brought World War II to a close.

Japanese history books teach that the U.S. government acted in what is termed “atomic diplomacy“: the U.S. intended to intimidate the Soviet Union with their weaponry, and the country of Japan was a necessary casualty in what composed the earliest stages of the Cold War.

No matter the lens one uses to look at the legacy of the atomic bombs dropped on Hiroshima and Nagasaki, one thing is clear: The world has never been, and will never be, the same again now that we know nuclear war is possible.

Next, read about the most devastating war crimes ever committed. Then, have a look at the Peacekeeper missile, the nuclear weapon so deadly that it had to be banned.