The Inuit Sea Monster, The Qalupalik 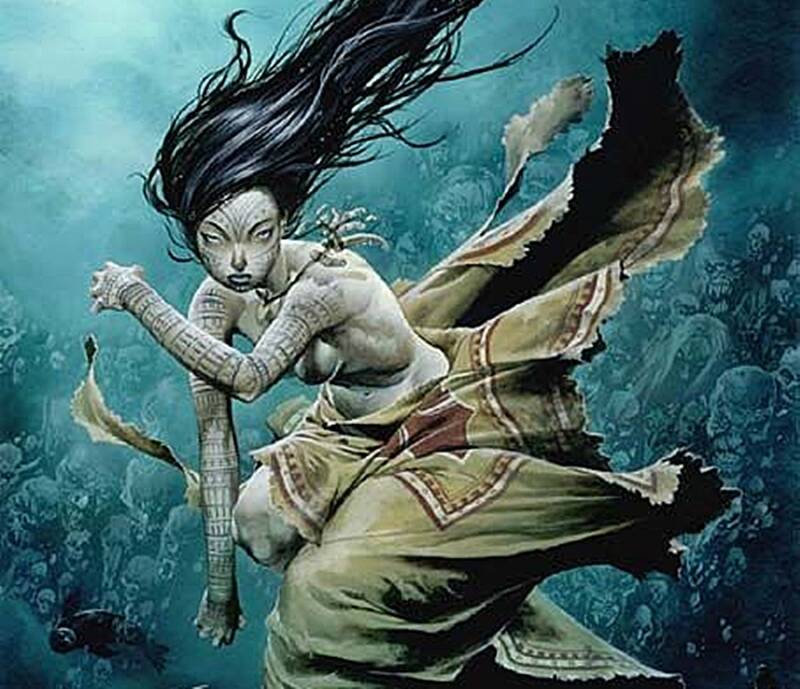 Underneath the hard thick ice and deep in the frigid waters of the Arctic region, there lurks a terrifying sea monster that preys on children. According to Indigenous lore, this Native American monster is known as the Qalupalik.

The Qalupalik (also spelled Qallupilluit) is a well-known mythical creature of the Inuit, who inhabited the freezing tundra of Alaska, Canada, and Greenland. These sea-dwelling creatures are typically described as half-human sea monsters with elongated fingernails and green, slimy skin.

Most terrifying about this creature of legend is its habit of luring unsuspecting Inuit children into its icy lair underneath the water.

The Qalupalik is identifiable by its eerie, distant humming as it sings from below the surface. Sometimes, it is said, the Qalupalik will gently tap its fingers on the ice’s surface in hopes of attracting nearby children who may follow the sound onto the ice. 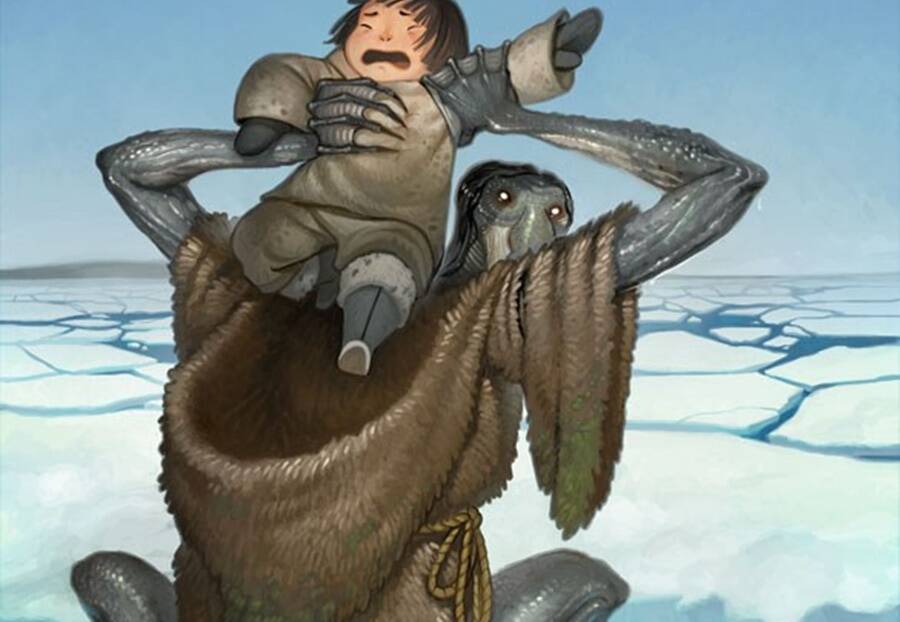 Joy Ang via Scare ChamberThe Qalupalik is said to prey on children who dare to play near the edges of the water.

Inuit elders have passed down the terrifying tale of the flesh-eating Qalupalik over generations. They say that if the Qalupalik happens upon a child playing by the edge of the ice, the monster will kidnap them and place them in an amautik, a parka worn by Inuit women with a built-in baby-carrying pouch.

Thus, the Inuit child will be brought back to the creature’s lair underneath the sea, where it will keep the child forever.

“Qalupalik depends on children to keep her young, to keep her skin green and her hair special. She is half-human and half-sea creature. As you grow old, she grows younger.”

While the Qalupalik is depicted differently in various versions of the Native American myth, these monsters are generally thought of as feminine creatures. In this respect, the myth of the Qalupalik somewhat resembles the terrifying legends of the sea sirens, famous among western seamen who spoke of half-fish maidens that lured men to watery deaths.

The myth of a half-human sea creature dragging children underneath the ice may send a chill down a grown adult’s spine. Still, scholars believe that the legend was born out of a practical need to keep Inuit children away from the dangerous ice. In Inuit culture, storytelling is an essential part of parenting, with many myths and legends supposedly designed to help make children behave.

Now, many Inuit children who grew up hearing about these sea monsters from their elders are keeping the legend alive through books and animation.