A Nazi Submarine Once Sank Because Its Toilet Malfunctioned

Rather than keeping their waste on the submarine in septic tanks, German engineers devised a method for the U-1206 to discharge waste directly into the water. 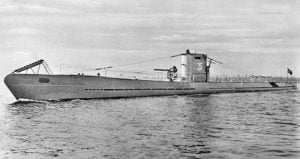 War is a driving force behind innovation. From superglue to the internet, military technology has led to the invention of many products that have proven useful in both warfare and in civilian life. However, sometimes military technology backfires, creating more problems than it solves, which the German submarine U-1206 discovered in 1945.

During WW2, German submarines were leading the way in underwater waste management. Rather than keeping their waste on board the submarine in septic tanks, German engineers devised a method for waste to be discharged directly into the water.

Initially, this could only be performed in relatively shallow waters, and as the war went on, it became increasingly more dangerous for submarines to remain near the surface, for fear they would be spotted by Allied powers.

By 1945, technology had progressed, and the Germans had been able to develop a more advanced type of high-pressure toilet that could be flushed in deep water. However, this type of toilet was much more complicated than earlier models, directing the waste through a series of highly pressurized chambers and into an airlock before eventually discharging it out to sea. Therefore, every submarine had a specialist on board trained to operate the toilet properly.

The U-1206 was one of the new models of submarines equipped with the new toilets. In April of 1945, it was submerged under the North Sea, 10 miles off the coast of Scotland, when its captain, Karl-Adolf Schlitt, decided he needed to use the bathroom. 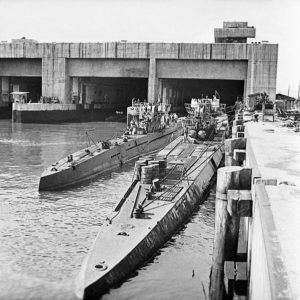 Unfortunately, he had not undergone the training, and, unable to figure out the process by himself, he called another engineer for help. A misunderstanding ensued, and the engineer opened the wrong valve, flooding the U-1206’s toilet chamber with seawater and sewage.

The water then seeped into the submarine’s internal batteries and reacted to produce chlorine gas, a toxic chemical that threatened to poison the whole crew.  With no other options, Schlitt ordered the submarine to rise to the surface so they could attempt to flush the chlorine gas out of the boat.

Upon surfacing, they were almost immediately spotted by British planes, who unleashed aerial attacks on the boat, sufficiently damaging the submarine so it was no longer able to dive underwater. Schlitt ordered the crew to abandon ship and scuttled the U-1206 while the crew tried to make it to the Scottish shore in emergency lifeboats. Three crew members, Hans Berkhauer, Karl Koren and Emil Kupper, were killed.

Schlitt and the remaining members survived the war, which ended only a few weeks later, when the Germans officially surrendered on May 7, 1945. To this day, the U-1206 remains, full of water at the bottom of the North Sea.

Next, read about the how the C.I.A. attempted to steal the Soviet K-129 nuclear submarine. Then read about Oskar Dirlewanger, the Nazi who even other Nazis thought was cruel and depraved.