The Shocking Story Of Noela Rukundo, The Woman Who Crashed Her Own Funeral

After Noela Rukundo's husband hired hitmen to kill her, they not only refused to do so — but they also gave her evidence of her husband's attempted murder.

In January 2015, Noela Rukundo of Melbourne, Australia, flew to the African country of Burundi for her stepmother’s funeral. Little did she know that when she returned home a month later, she’d be attending her own funeral.

What happened in between is a nightmare that still haunts her. 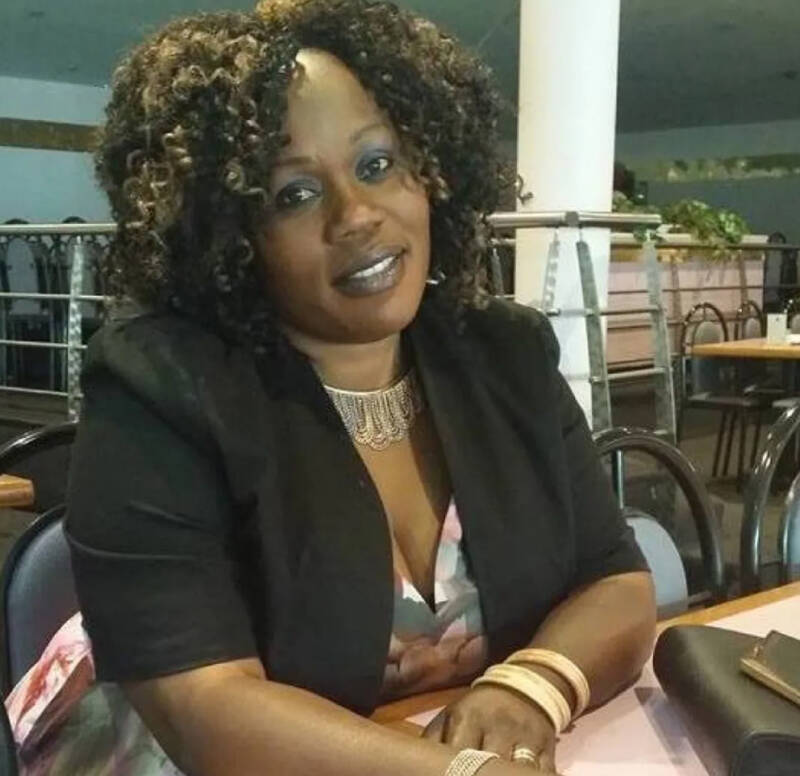 Rukundo’s husband Balenga Kalala wrongly suspected her of infidelity, so he hired hitmen to murder her while she was in her home country. The men kidnapped her, but they refused to kill her — and they even ultimately helped her prove Kalala’s guilt.

And when Noela Rukundo returned to Australia, she gave Kalala the fright of his life when she showed up at their home on the very day of her funeral.

Noela Rukundo immigrated to Australia from Burundi with her five children in 2004. There, she met Balenga Kalala, a Congolese refugee who helped translate English to Swahili for Rukundo at the resettlement agency they both worked with.

Over the next decade, Rukundo and Kalala would settle in Melbourne, get married, and have three children together. But by 2015, Kalala became convinced that Rukundo was cheating on him.

When Rukundo flew back to Burundi to attend her stepmother’s funeral in January 2015, Kalala decided to get revenge for his wife’s imagined wrongs.

On Feb. 17, 2015, the evening after her stepmother’s memorial, Rukundo was tired and stressed. She was emotionally drained from the funeral, and the African heat was stifling even indoors.

As she tried to get some rest, Kalala called to check in on her. He consoled her, then he told her she should step outside to get some fresh air. She decided to take his advice.

“I didn’t think anything. I just thought that he cared about me, that he was worried about me,” Noela Rukundo later told BBC.

As soon as she left the hotel, a man holding a gun approached her.

“I opened the gate and I saw a man coming towards me. Then he pointed the gun on me,” Rukundo recalled. “He just told me, ‘Don’t scream. If you start screaming, I will shoot you. They’re going to catch me, but you? You will already be dead.'”

Rukundo did as she was told. The gunman ushered her into a car, where two other strangers were waiting for her. “I was sitting between two men,” she remembered. “One had a small gun, one had a long gun. And the men say to the driver, ‘Pass us a scarf.'”

They covered Rukundo’s face with the fabric and drove off.

The gunmen pushed Noela Rukundo into a building and tied her to a chair. She heard one of her kidnappers remark to another, “Go call the boss.” They began asking her what she’d done that would make a man want to kill her. She replied, “Which man? Because I don’t have any problem with anybody.” 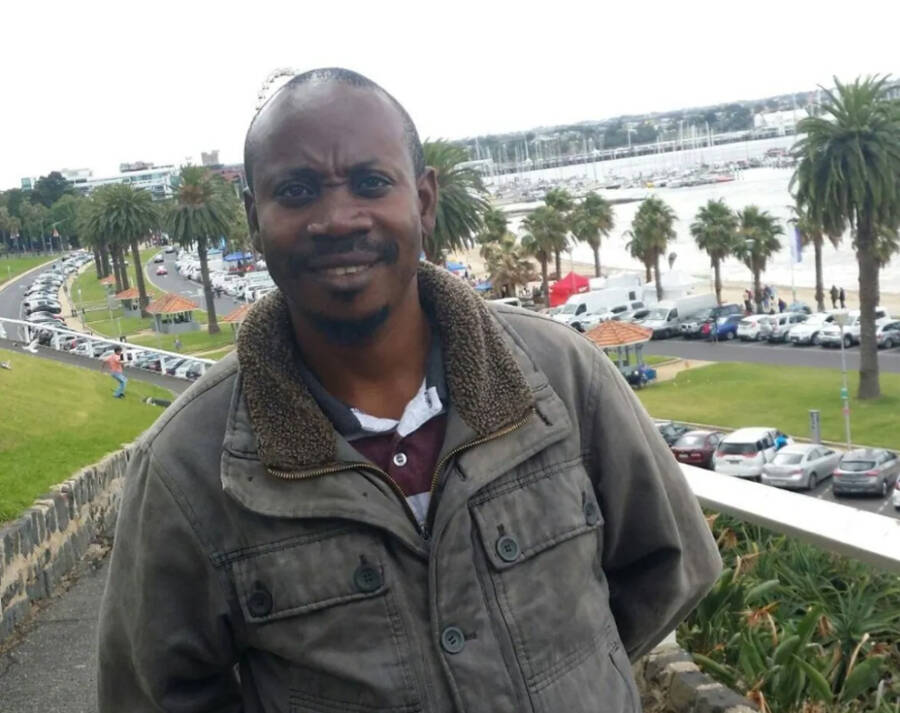 “Let me call who has paid us to kill you,” one gunman taunted. He picked up the phone and told the man on the other end of the line, “We already have her.” Then Rukundo heard her husband’s voice reply: “Kill her.”

As they described to Kalala where they were going to dump his wife’s body, Noela Rukundo passed out.

Noela Rukundo regained consciousness as the hitmen ended the call with her husband. “I said to myself, I was already dead. Nothing I can do can save me,” she recalled.

However, something entirely unexpected happened. The kidnappers told her, “We’re not going to kill you. We don’t kill women and children.”

Furthermore, as reported by the Washington Post, the gang knew Rukundo’s brother.

But the gang’s leader still wanted to extort more money from Kalala, so they informed Rukundo’s husband that the murder fee had increased. They now required an additional $3,400 in Australian dollars to complete the hit job, bringing their total payment to nearly $10,000.

They held Rukundo captive for two days before releasing her on the side of the road. They supplied her with incriminating evidence, including a memory card with recorded phone conversations and Western Union money transfer receipts that proved Kalala planned the hit. 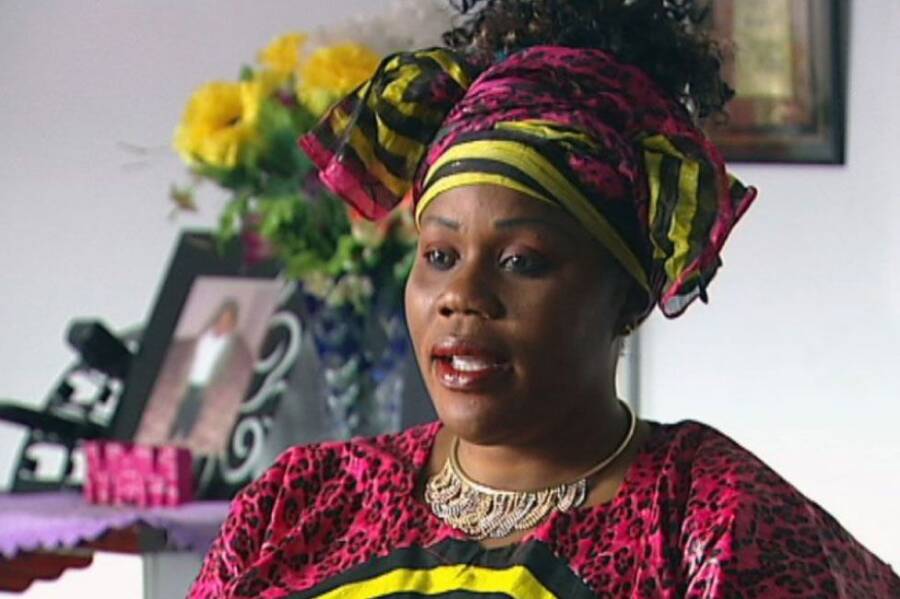 ABC NewsNoela Rukundo was heartbroken after her husband ordered a hit on her.

“We give you 80 hours to leave this country,” the men told Rukundo. “Your husband is serious. Maybe we can spare your life, but other people, they’re not going to do the same thing.”

All the while, Kalala believed his wife to be dead — by his request. He told family and friends that Rukundo was killed in a tragic accident while she was away. The African community in Melbourne provided spiritual and financial support to Kalala.

But Noela Rukundo was indeed alive.

Though it was the middle of the night in Australia, Rukundo immediately called her pastor back in Melbourne to ask for help. She also contacted the Kenyan and Belgian embassies for assistance returning to Australia. She arrived back in Melbourne on Feb. 22, 2015 — and went straight home to confront Kalala.

At 7:30 p.m., she saw Kalala escorting guests to their cars following the memorial service he had hosted for his supposedly dead wife. After the guests left, Rukundo emerged. She stared at her husband, who was understandably perplexed — and terrified.

“He didn’t believe it,” Rukundo later recalled. “Then he starts walking towards me, slowly, like he was walking on broken glass… He kept talking to himself and when he reached me, he touched me on the shoulder. He jumped. He did it again. He jumped. Then he said, ‘Noela, is it you?’ Then he starts screaming, ‘I’m sorry for everything.'”

She then called the police. Initially, Kalala denied having anything to do with the murder plot. But in addition to the evidence Rukundo brought from Burundi, police later wire-tapped a phone conversation in which Kalala confessed his crime to Rukundo.

In court, Kalala pleaded guilty to one count of incitement to murder. “Sometimes [the] devil can come into someone to do something but after they do it, they start thinking, ‘Why I did that thing?'” Kalala offered in explanation of his transgression.

Balenga Kalala was sentenced to nine years in prison, with the possibility of parole after six years.

Remarkably, Noela Rukundo holds no grudge against her husband. “He’s a human being. From my heart, I forgive him,” she told the Australian Broadcasting Corporation.

After reading about Noela Rukundo, the woman who crashed her own funeral, learn about Wendy Lynn Wein, the woman who tried to hire someone to kill her husband from a website called Rent-A-Hitman. Then, find out more about the deadliest mafia hitmen.