The Missiles North Korea May Be Launching Tomorrow Could Reach The U.S.

New reports suggest a frightening North Korea missile launch that could have U.S. soil within its range. These are the areas in danger. 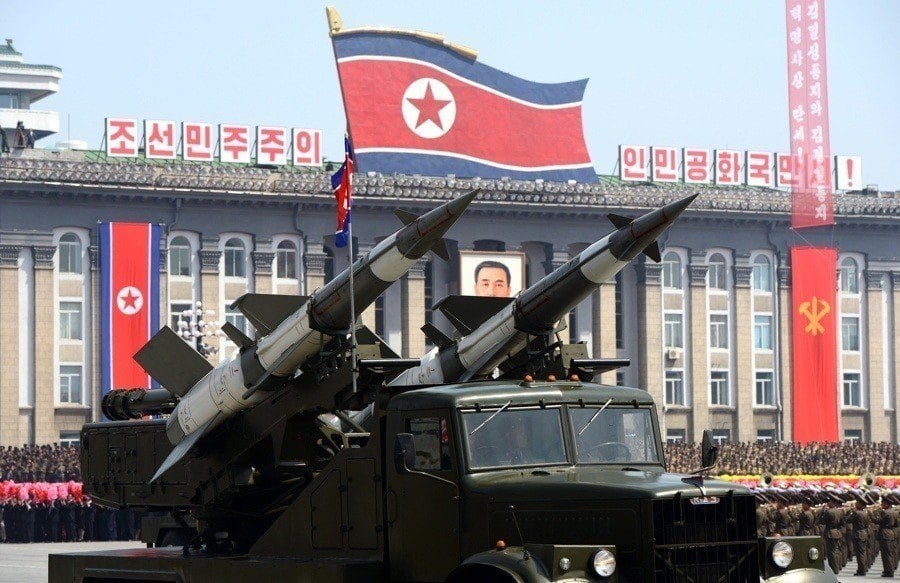 Missiles displayed during a military parade to mark the birth of North Korea’s founder, Kim Il-Sung, in Pyongyang on April 15, 2012. South Korean sources claim that, for this year’s celebration, the North plans to launch several ballistic missiles that may be capable of reaching U.S. soil. Image Source: PEDRO UGARTE/AFP/Getty Images

The missiles in question are believed to be of the Musudan variety. This detail is crucial because these missiles have a range of 1,800 miles, enough distance to hit the U.S. territory of Guam and perhaps the tail end of Alaska’s Aleutian Islands chain, according to two unnamed U.S. officials cited by CNN.

More troublingly, those same officials suggest that Friday’s suspected North Korea missile launch could involve two other kinds of missiles (the Kn-08 or the Kn-14) that could be able to hit America’s Pacific Northwest.

And that capability becomes even scarier if in fact, as CNN also reported, North Korea now possesses miniature nuclear warheads capable of being carried by those ballistic missiles.

All that said, the missiles recently spotted on the move may merely be intended for a demonstration in honor of Kim Il-sung. Or, of course, the missiles may not be launched anytime soon at all.

But, on the other hand, this could be yet another step in the ominous series of threats and tests coming out of North Korea over the past several months, including a nuclear test in January, a long-range rocket launch in February, and repeated claims that the country will soon be able to launch nuclear warheads.

In fact, Reuters cites South Korean experts who claim that tomorrow’s birthday celebration may be the moment when the North will officially announce itself as a nuclear power to the world.

In that case, a simple launch of two conventional Musudan missiles doesn’t sound so bad at all.

For more on North Korea, see the report of their supposed recent hydrogen bomb test. Then, take a look at their strange version of the internet, and see