Eleven days after she reported the sexual assault to police, she was doused with kerosene and set on fire in retaliation. 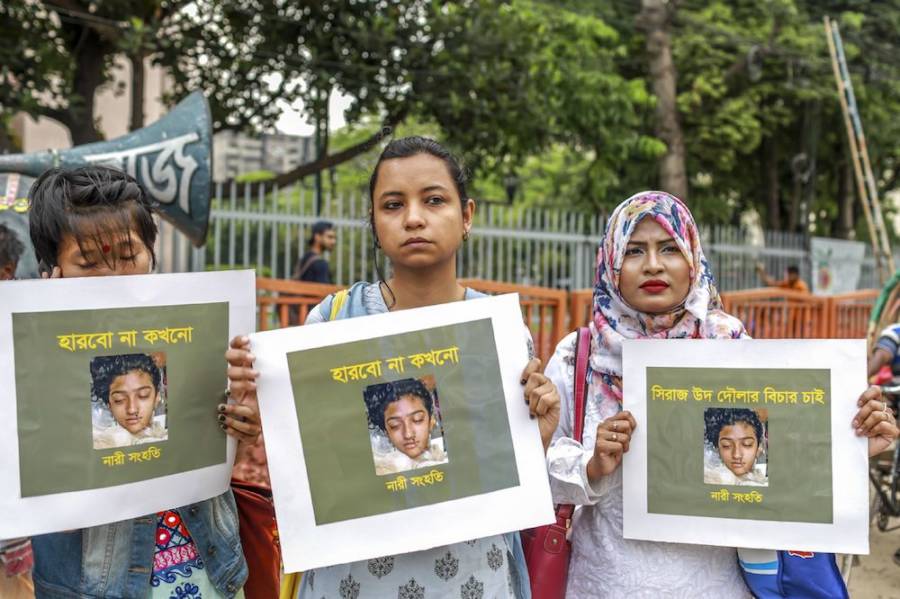 SAZZAD HOSSAIN/AFP/Getty ImagesWomen hold placards and photographs of Nusrat Rafi at a protest in Dhaka, following her murder by being set on fire after she had reported a sexual assault.

The death of a young woman in a small town in Bangladesh has grabbed headlines across the world. Nusrat Jahan Rafi was burned to death for reporting the principal of the school she attended after he sexually harassed her. In an attempt to silence her, a group of assailants doused her with kerosene and lit the 19-year-old student on fire. She later died in the hospital from severe burns that covered 80 percent of her body.

Al Jazeera reported that Rafi had gone to the local police with the support of her family in late March to report the incident. She told police that the principal of her madrassa had called her into his office and inappropriately touched her repeatedly before she finally managed to run out.

A circulating video shows Rafi visibly distraught and crying as she gave her testimony to police. The local police station chief is recognized in the video audibly dismissing her account as “not a big deal”:

The BBC reported that Rafi went back to school 11 days after she filed her report with the police so that she could take her final exams. She was lured to the rooftop of her school by a female classmate only to be confronted by a group of people. The group, one of which would later confess to a grudge for her refusal of his advances, demanded that she withdraw the sexual harassment complaint that she filed.

Rafi, an outspoken woman who wanted to bring her assaulter to justice, refused to withdraw the complaint. That’s when the men threw kerosene on her body and set her on fire.

According to Senior Police Superintendent Mohammad Iqbal, who is leading the investigation into her murder, 17 people have been arrested in connection to her death, and at least five of those under arrest had bound her hands and feet with a scarf before setting her on fire. Two men have already confessed to involvement in her murder. 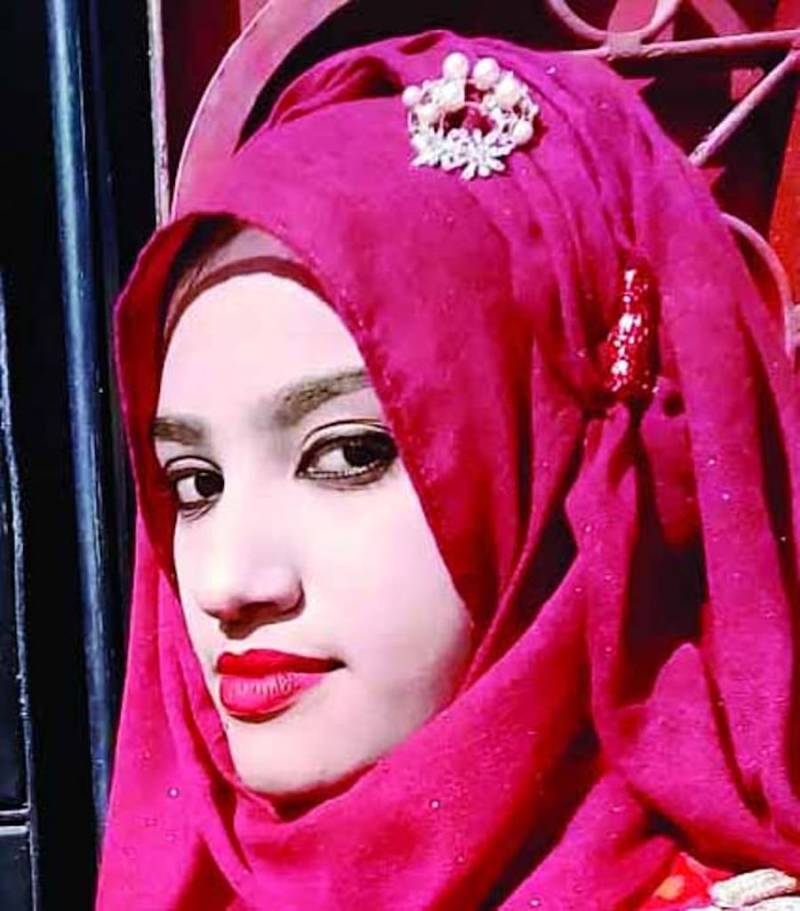 “The plan was to pass the incident off as a suicide. But it fell through after Rafi managed to come downstairs while on fire because the scarf burned and freed her hands and feet,” Iqbal said.

Police said that one of the men in custody had also accused the school’s principal of ordering the attack on Rafi. The principal “told them to put pressure on Rafi to withdraw the case or kill her if she refused,” Iqbal told AFP.

But before succumbing to her injuries, Rafi was able to muster up enough strength to record a statement on her brother’s mobile phone in case she would not survive. She also identified some of her attackers.

“The teacher touched me, I will fight this crime till my last breath,” she said.

The cellphone video was not the only evidence that Rafi managed to leave behind before she was killed. Local media reported that the young student also wrote a letter in her class notebook, describing in great detail how the principal sexually assaulted her.

Rafi’s unjust murder has been mourned by students and advocates across Bangladesh, many pointing out her death as an example of the sexual violence that still persists against women in Bangladesh for speaking up against attackers.

Many protestors took to the streets to vocalize their frustrations while thousands of supporters showed up in Feni, her hometown, to grieve at the young woman’s funeral. 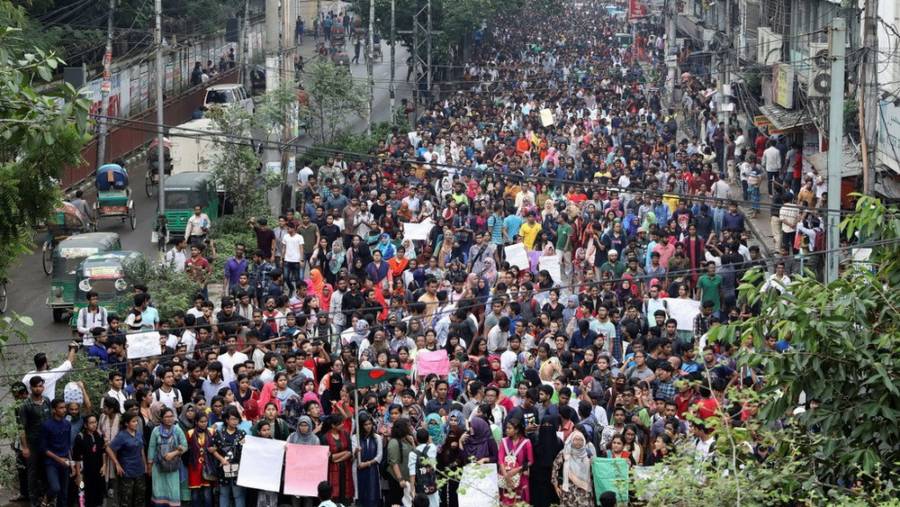 ReutersThousands protest in the wake of Nusrat Rafi’s death.

“Nusrat Jahan Rafi’s death highlights the need for the Bangladesh government to take survivors of sexual assault seriously and ensure that they can safely seek a legal remedy and be protected from retaliation.”

According to Human Rights Watch, victims of sexual harassment in Bangladesh are often reluctant or too frightened to go to the police for help because they usually end up getting shamed or humiliated by officials, similar to what Rafi had experienced in the video of her report. Even when victims are brave enough to speak up, less than 1 percent of reported rapes result in convictions.

Prime Minister Sheikh Hasina met Rafi’s family in Dhaka, proclaiming that “none of the culprits will be spared from legal action.” Many observers hope that Rafi’s family will be able to get justice for her death, but unless the rights and safety of women are taken seriously by law enforcement and elected officials, they might not see that happen.

Next, read about the Moroccan woman who killed her boyfriend and cooked and served his remains to the neighbors. And then, read about a village leader in Tanzania who was killed and decapitated after reporting poachers.