A discovery of this magnitude has never happened off the California coast - or anywhere else in the world. 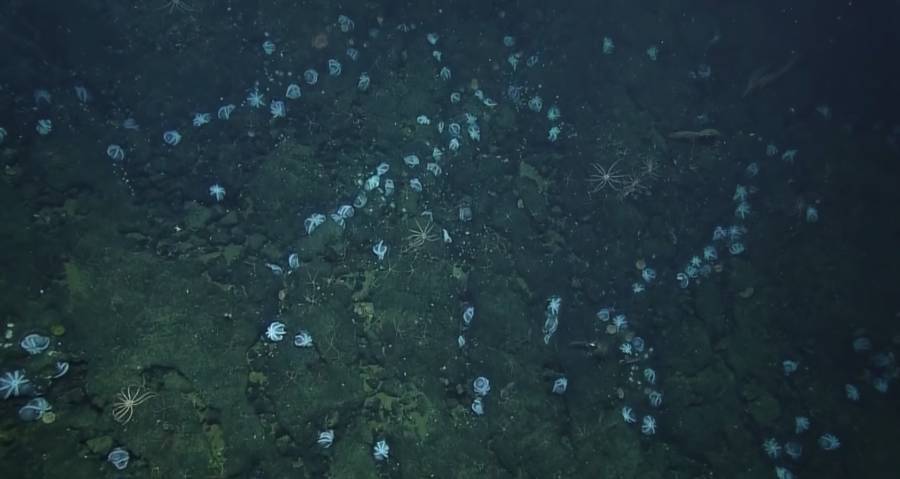 The crew of a deep-sea explorer that roamed the ocean floor off the coast of Monterey, Calif. got the surprise of a lifetime when they came across the unprecedented sight of hundreds and hundreds of octopuses, stretching out as far as the eye could see.

At Davidson Seamount, roughly two miles below the surface of the Pacific Ocean, the Exploration Vessel Nautilus discovered the largest deep-sea octopus nursery ever found in our world’s oceans.

“We went down the eastern flank of this small hill, and that’s when – boom – we just started seeing pockets of dozens here, dozens there, dozens everywhere,” said Chad King, the chief scientist on the Nautilus.

Footage from the Exploration Vessel Nautilus of the octopus nursery.

The crew estimates that more than 1,000 octopuses, known as Muuscoctopus robustus, were gathered in the nursery. This particular species is a small, deep-sea octopus that is rarely captured on film.

Nearly all of the animals were in a brooding position on the rocks. This is a common position for female octopuses where they turn their bodies inside-out and invert their arms to cover and protect their eggs.

“This has never been discovered on the West Coast of the U.S., never in our sanctuary and never in the world with these numbers,” King added. 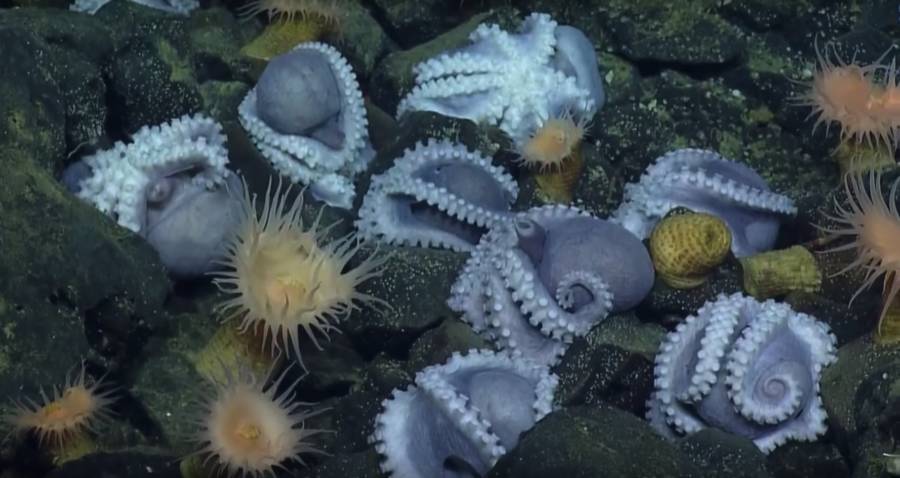 This is only the second time on record that scientists have observed a deep-sea octopus nursery. The first was discovered less than a year before along the Dorado Outcrop off the coast of Costa Rica.

Scientists speculate that both nurseries might belong to Muuscoctopus robustus, but more research will need to be done in order to confirm this.

“I’ve been working on octopuses since 1982, and I would have sworn that our observations at Dorado Outcrop were a once-in-a-lifetime opportunity,” Janet Voight, a marine biologist at Chicago’s Field Museum, reported. “To see these videos 10 months after our paper came out makes me think there are a lot more places like this down there than I ever imagined.” 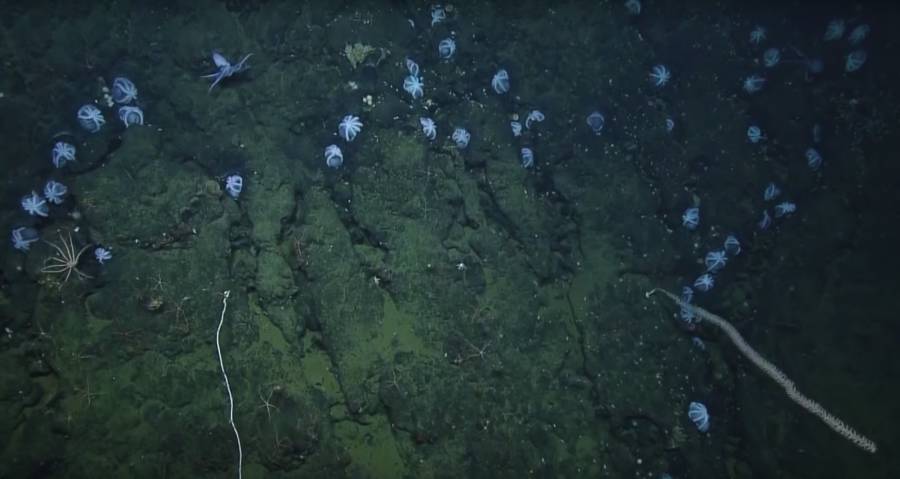 There could be any number of reasons why the octopuses chose to nestle on those specific rocks in the Davidson Seamount and some scientists point to heat as one big potential cause.

In certain locations where the octopuses were clustered, there seemed to be a shimmer in the water, which could indicate that warm water was coming out of those places. However, the crew was unable to confirm this theory because the Nautilus wasn’t equipped with temperature probes at the time.

A return trip and a wide range of new research will need to be conducted on the nursery and the octopuses before researchers will be able to give definitive answers to lingering questions. However, this remarkable video serves as another reminder about just how little we know about our oceans’ depths.

Next, take a look at the astounding mimic octopus, the impersonator extraordinaire of the deep sea. Then check out the unbelievable marine life that researchers discovered on their first-ever deep-sea investigation in Australia.