Roughly 750,000 died during Stalin's Great Purge in the 1930s and many ended up in mass graves across the Soviet Union. 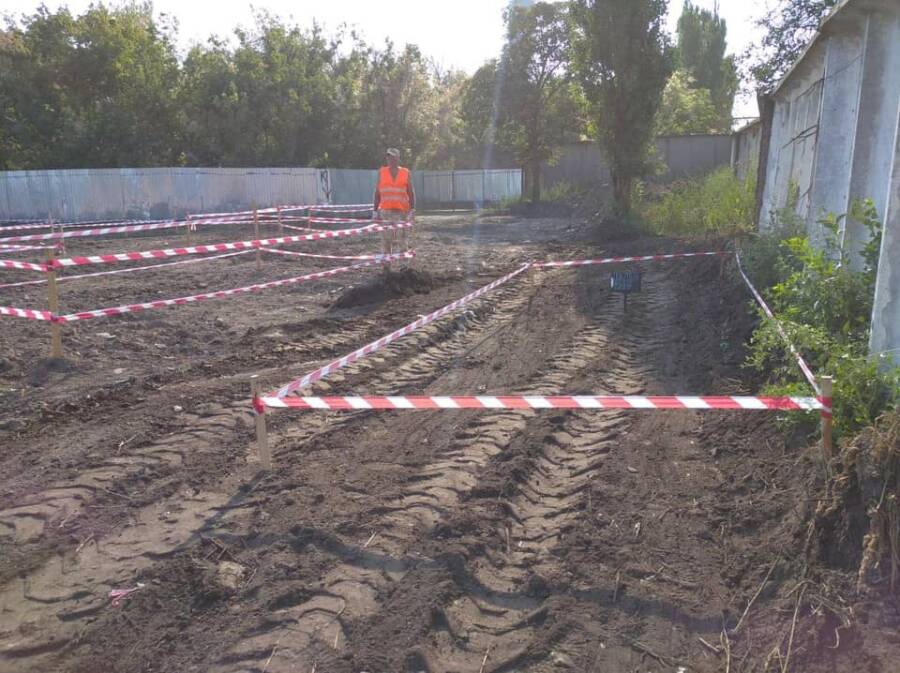 As workers began to expand the Odessa airport in Ukraine, they came across a stomach-churning find — skeletons. Now, historians say that this former landfill was actually a mass grave — possibly Ukraine’s largest — and could contain up to 20,000 people.

“They dug out pits in the garbage and threw these people in or shot them dead as they were standing there,” said Tetyana Samoylova, an archeologist and the chief consultant at the site.

“And then they covered them with the same garbage.”

Archeologists digging at the site found gruesome stacks of bodies, making it difficult to determine how many fill the ground. To make matter worse, the bodies are also covered with so much garbage that it took 400 trucks to remove the top layer.

For now, estimates vary from 5,000 people to as many as 20,000. That means that this mass grave could be the largest ever discovered in Ukraine.

The Great Purge began in 1936, shortly after Joseph Stalin rose to power in the Soviet Union. Racked by paranoia about his perceived enemies, Stalin ordered his secret police, the NKVD, to comb through the country and weed out his critics.

For two years, the NKVD tore through Eastern Europe. They killed perhaps as many as 750,000 people and sent millions more to gulag prisons. There, many more perished from the harsh conditions and forced labor. 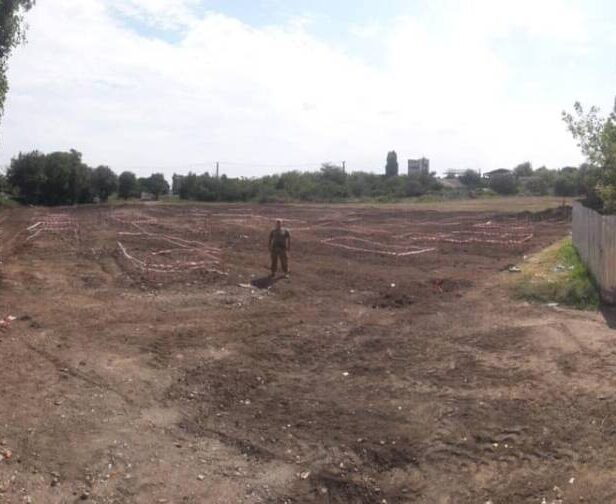 Ukrainian Institute of National Memory/ FacebookA man stands at the site of the discovery, which may contain as many as 20,000 remains.

As a part of the Soviet Union, Ukraine suffered greatly under Stalin’s rule. Not only did Stalin-led farming reforms trigger a famine that killed millions — today, Ukraine calls the famine a genocide — but thousands of Ukrainians died at the hands of the secret police.

As such, other mass graves exist in Ukraine. One of the most infamous is in Bykivnia, a small village outside Kyiv. Between 1937 and 1941, Stalin’s secret police buried thousands of people there but denied its existence until the 1990s. Today, it’s the site of a memorial.

So who were the thousands of people buried in Odessa? What had they done to anger Stalin and his police? How did they die — and when? Tragically, historians don’t think any of these questions have an easy answer.

That’s because official records are classified, and held in Moscow.

“These documents will never be handed over to us under the current government in Russia,” explained Sergiy Gutsalyuk, head of the local branch of the Ukrainian Institute of National Memory (UINP).

For now, all officials can do is start to slowly exhume the dead. Their stories may be forgotten — stamped out by the Soviets — but at least the government can acknowledge their suffering.

“When we carry out the exhumation, we will decide what to do here,” said the Odessa mayor, Gennady Trukhanov. “And, of course, we plan to make a memorial.”

But because the remains extend to military land, and are buried beneath wires, it may be impossible to know the true count of the dead. Though estimates hover around 20,000, it could be even higher. As the Ukrainian Institute of National Memory noted on Facebook:

“We can only guess with (how much) blood the Soviet power was established in Odessa.”

After reading about the mass grave discovered in Ukraine, discover the story of the forgotten African burial ground in Lower Manhattan. Or, learn about the shocking discovery of bodies underneath the Mississippi State asylum.