The ancient Roman battering rams held inscriptions from judges who signed off on their construction and held three enormous blades on each side to tear through enemy ships. 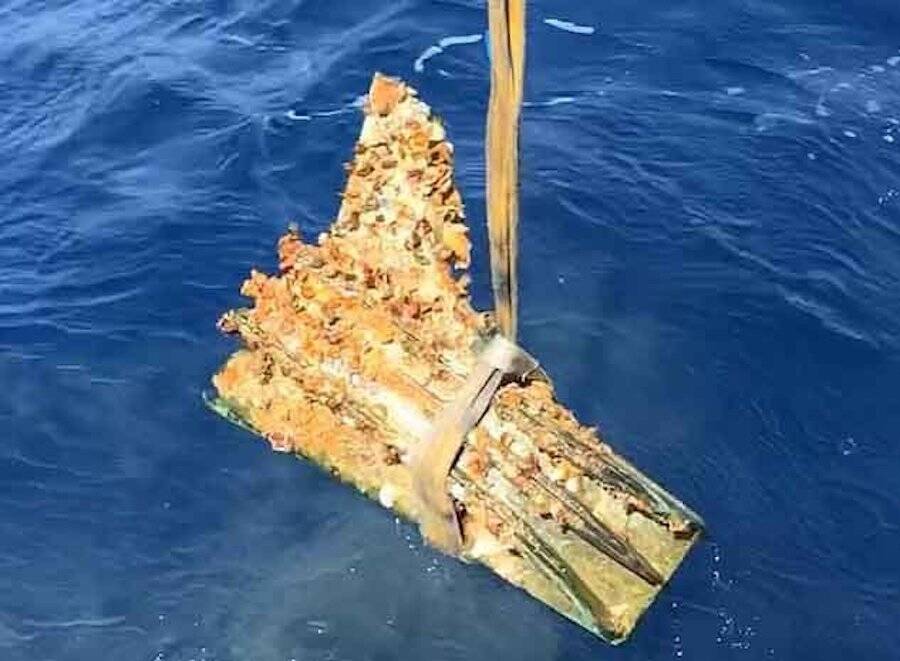 The First Punic War, fought between Ancient Rome and Carthage for supremacy over the western Mediterranean, began in 264 B.C. It was the most prolonged naval conflict in antiquity. For 23 years on the seas from Sicily to North Africa, warships clashed with their battering rams — four of which have just been found.

Each of these colossal artifacts was made of bronze and weighed 450 pounds. Formerly fitted to the bows of Roman warships, they tore into the enemy vessels of Carthage at the Battle of the Aegates on March 10, 241 B.C. The fight was so brutal that it ended the First Punic War in a single day.

After thousands of years on the seafloor, these ancient weapons of war were finally retrieved from wrecks off the coast of Sicily, where the battle took place. The retrieval effort was conducted by the U.S. RPM Nautical Foundation and Sicily’s Marine Archaeology Unit, and the find has shed new light on the wars of antiquity.

Historical accounts indicate Ancient Rome sank up to 50 Carthaginian ships with these rams, which held three enormous blades that ripped into the wooden hulls of enemy ships. 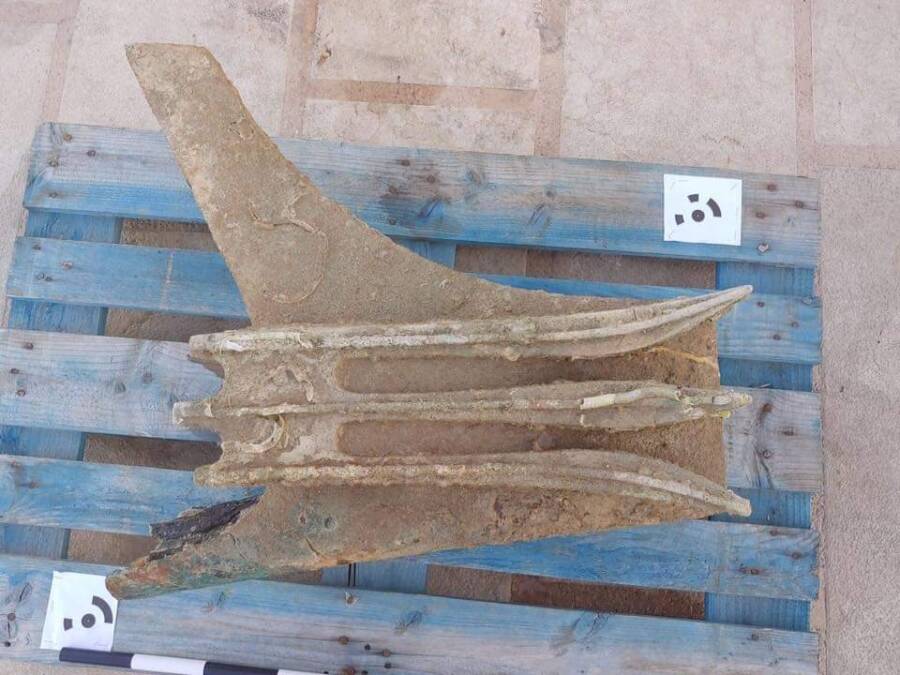 RPM Nautical FoundationThe three blades on each side were used to tear through enemy hulls.

That feat of engineering was one of the main reasons for Rome’s emerging victorious from the war. The newly-retrieved Roman rams all bore inscriptions from judges that affirmed these weapons were made in accordance with the high Roman engineering standards.

Carthaginian battering rams, meanwhile, commonly held inscriptions dedicated to Baal, a deity worshipped for its control of the weather, suggesting they put their faith in gods instead of builders. Valeria Livigni of the Marine Archaeology Unit confirmed that the Carthaginian rams were “less well made than the Roman rams.”

That wasn’t the only revelation, however. Now, previous beliefs about Rome’s naval strategies have been challenged. While accounts have long indicated that both parties had about 200 ships, with Rome sinking 50 enemy vessels and capturing 70 while losing only 30 ships, their attacks are now being reassessed.

“We believed that ships tried to ram each other broadside,” said David Ruff of the RPM. “But many of the rams we have discovered are damaged, suggesting they went head to head. Either way, these were very violent collisions.” 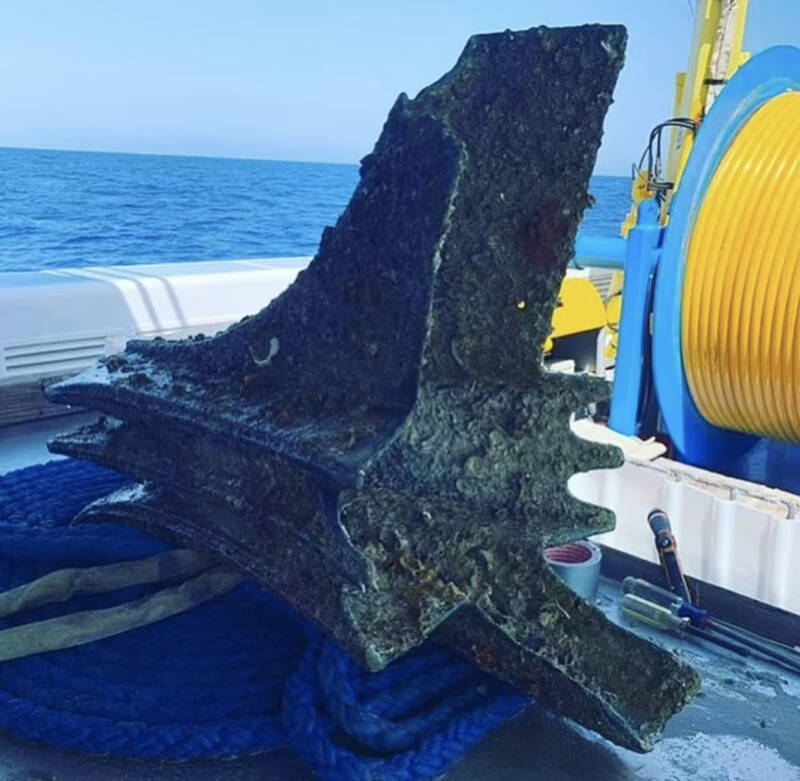 RPM Nautical FoundationThe site of the Battle of Aegates was only identified in 2010.

Historians believe that Romans would toss both their masts and anchors overboard during an approach and row their now lighter vessels into a Carthaginian ship. Their enemies, meanwhile, commanded far heavier ships with payloads meant to be offloaded at the Mediterranean ports of Drepena and Lilybaeum.

The site of the Battle of Aegates was only identified in 2010 when a fisherman spotted a battering ram below his boat and notified Italian archaeologist Sebastiano Tusa. Earlier this summer, divers discovered three merchant vessels that held more than 200 ceramic jars, with some still containing traces of wine.

The Battle of the Aegates was first recorded by Greek historians Polybius and Diodorus. It began as a fight over the control of Sicily. With Rome encroaching on the town of Drepana, Carthage took to the seas to defend itself under the command of Hannibal’s son Hanno against Roman forces led by Praetor Quintus Valerius Falto. 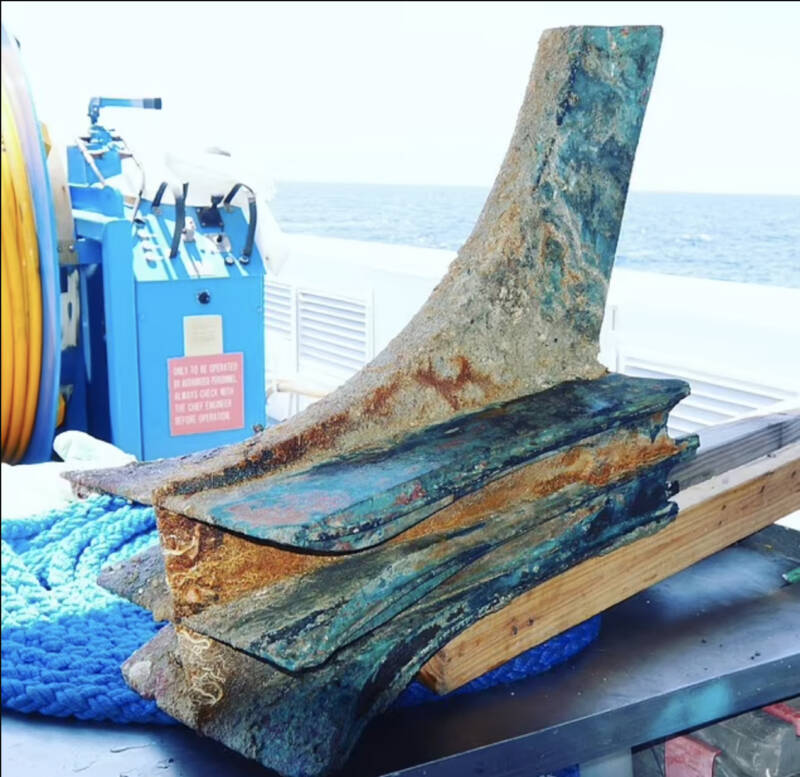 While Rome lost a few dozen ships and saw 50 more damaged, their maneuverability allowed for more complex approaches than their enemy. Colliding into Carthaginian ships with lighter vessels and greater speeds saw Hanno’s weighty fleet suffer immense losses before it could pick up reinforcements from shore.

The Roman warships easily encircled their slower enemies before ramming right into their hulls, casting the Carthaginian sailors into the seas and watching their vessels sink. The sheer slaughter saw any remaining Carthaginian ships flee home. Hanno was crucified for his disastrous loss in battle.

Carthage sued for peace and signed the Treaty of Lutatius, which forced them to give up Sicily and pay enormous reparations. And although the First Punic War was over, there were still two more to come, and the battle for the dominance of the Mediterranean wouldn’t end for almost another 100 years.

Remarkably, it was only a few months ago that divers uncovered an Ancient Greek military vessel nearby. While this latest diving team uncovered Ancient Roman warships, it seems the Mediterranean has a lot left to offer historians — and is sure to broaden our understanding of ancient naval warfare for years to come.

After reading about divers finding four naval battering rams from Ancient Roman warships, learn 33 Ancient Rome facts that will change your view of history. Then, read about the English woman who found a 1,900-year-old Roman artifact in her garden.