The Most Offensive Toys Ever Made

Obviously targeted at children, toys are meant to engage them in various ways and stimulate their imagination. As a child, for the first 10 or so years of your life, the toys you have invariably help shape who you become. With that in mind, a lot of pressure and power is foisted onto toy companies, who are constantly creating the next big thing that malleable minds just can’t do without. When they succeed, you get the Slinky, the hula hoop or Tickle-Me-Elmo. When they don’t, you get stuff like this: 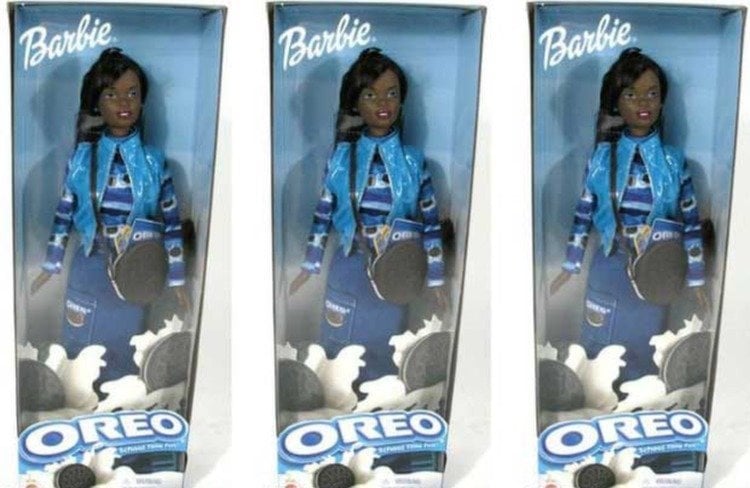 Barbie dolls might be popular, but they do have a sketchy history of misogyny and racism. Perfect example – the “Oreo Fun Barbie”. Originally, it was simply meant to be an innocent team-up between Mattel and Nabisco. However, nobody working there appeared to be aware that the word “Oreo” also has a very offensive meaning – that of a black person trying to be white (because they’re black on the outside and white on the inside, get it?). Suffice to say that this toy caused quite a stir and was quickly pulled off shelves. Source: Heidi and Frank 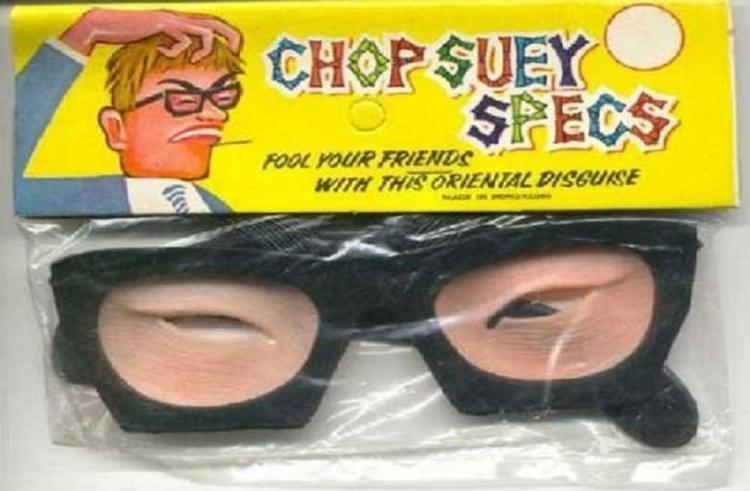 No description required. Just in case you want to fool your friends with this “oriental disguise” (those are some stupid friends). You might think that this is a thing of the distant past, but a quick Google search shows them available for purchase from various shops, labeled under “Costumes”. Just in case you want to go as a racist stereotype for Halloween. Source: Funny Junk 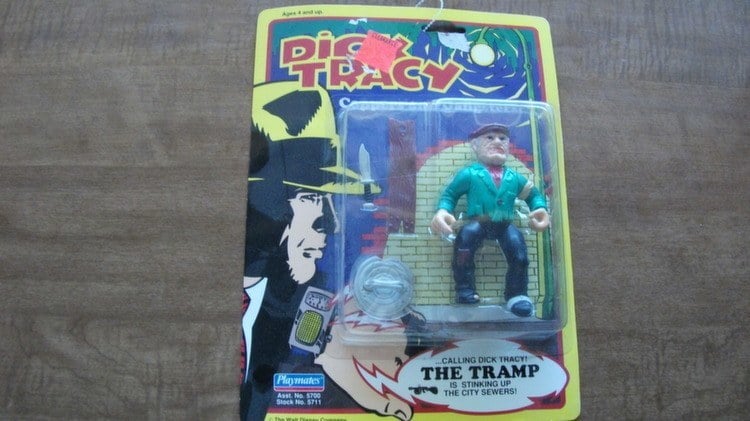 If you’ve ever wanted a homeless man action figure, this is the one for you. Technically, it’s a character from Dick Tracy called Steve the Tramp. However, the box simply says “The Tramp” and he’s accompanied by this description: “ignorant bum…you’ll smell him before you see him”. Unsurprisingly, the toy was discontinued for being a little insensitive towards the homeless. Source: Village Books 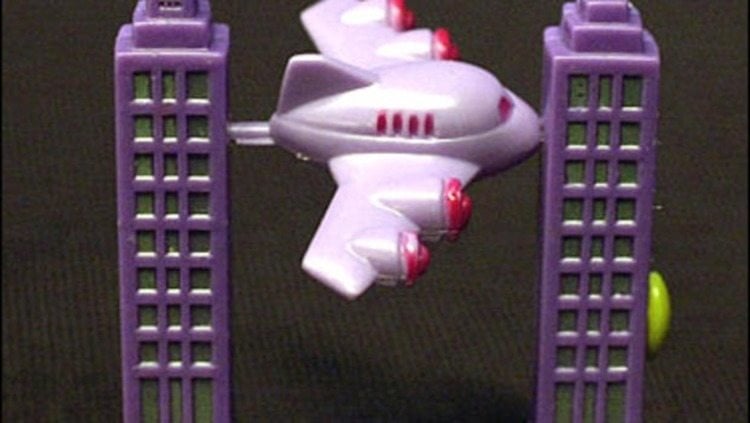 Always research before you buy, lest you wish to make light of one of the biggest shocks to the United States in recent memory. One hapless company did just that, buying these irreverent toys—to be used as candy bag prizes—from another company without really knowing what they were first. 14,000 of them were packaged and sold before huge numbers of complaints got the candy bags pulled from shelves. Source: Heidi and Frank 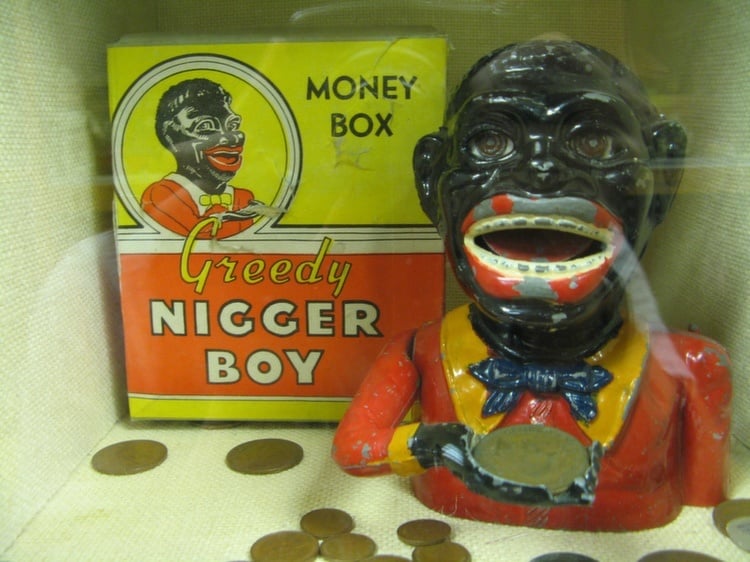 This 1882 toy embodies all of the 19th century’s normalized racism in one fell swoop. In case you haven’t figured it out, it’s a piggybank. You put the coin in his hand, raise it and he swallows the coin. Source: Flickr 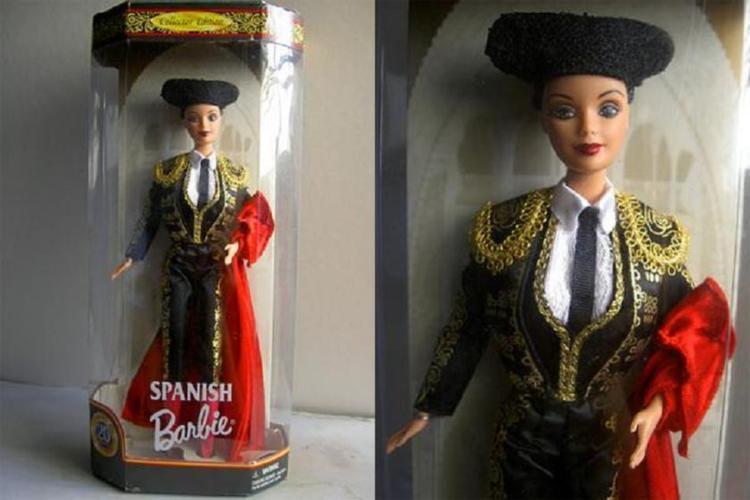 Mattel wanted to put out a Spanish Barbie. So they opted to borrow from bullfighting—a hotly contested sport and one that fascist dictator Franco promoted as a symbol of the state. This move received a lot of complaints (including from celebrity Barbie fans) and the toy was discontinued. Source: Fotopages 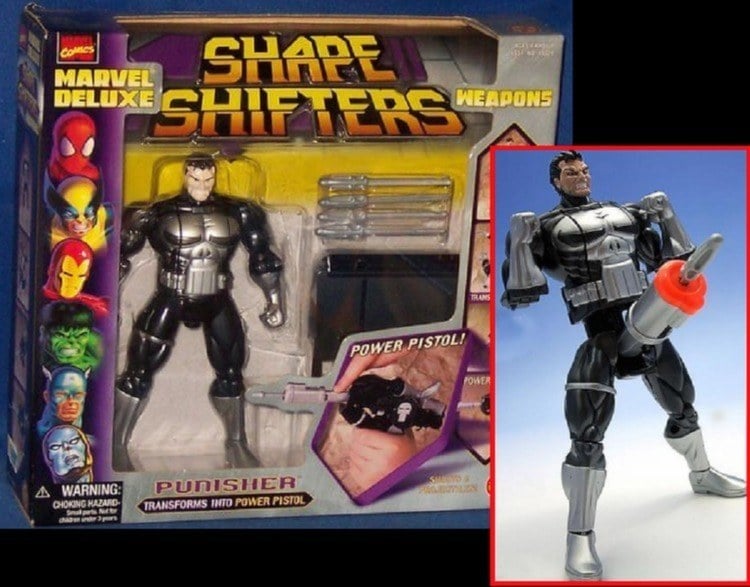 The limited edition series known as Shape Shifters made Marvel toys that…well, shape shifted. And by that, we mean that they had hidden weapons they could pull out. For The Punisher, the designers decided to give him a “crotch launcher”. And it actually fired…all you needed to do was cock his weapon! Source: Retro Daze 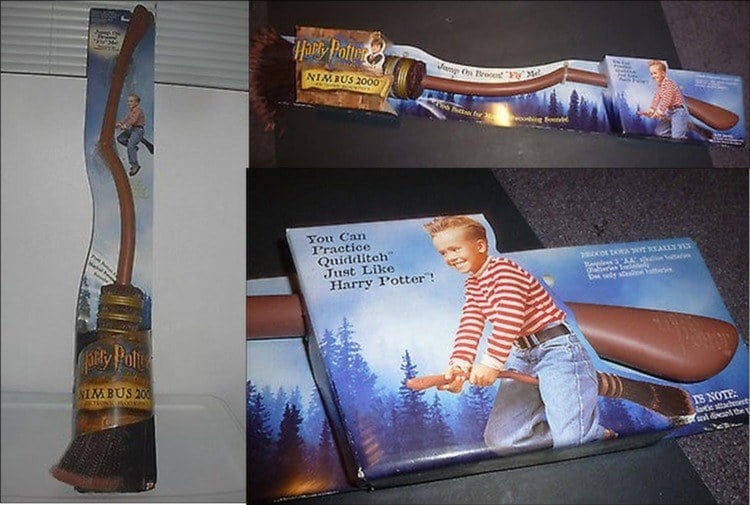 At first glance, this just looks like a replica broomstick from the popular Quidditch game in the Harry Potter series. Just put the broom between your legs and take off! What’s wrong with that? Well…it vibrates. And just because it looks like a broom doesn’t make it ok to sell vibrators to kids. Some parents simply opted for the obvious solution of taking out the batteries, but this was still not enough to prevent the toy from getting pulled. Source: Heidi And Frank

This one is just guilty of bearing an unfortunate shape. Admittedly, children might not find anything wrong with this. Others with a bit more empirical wisdom might think otherwise. The pink color and the giant D in the middle don’t help things, either. Source: Taringa 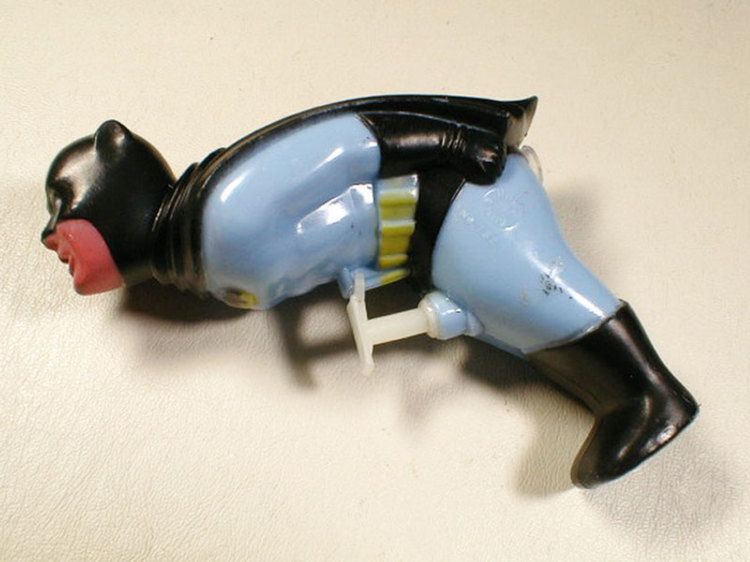 This toy is pretty straightforward. First you open the plug in Batman’s butt and fill him up with water. Then you pull the trigger in his crotch and it makes him squirt out his mouth. Nothing wrong with that, is there? Source: eBay