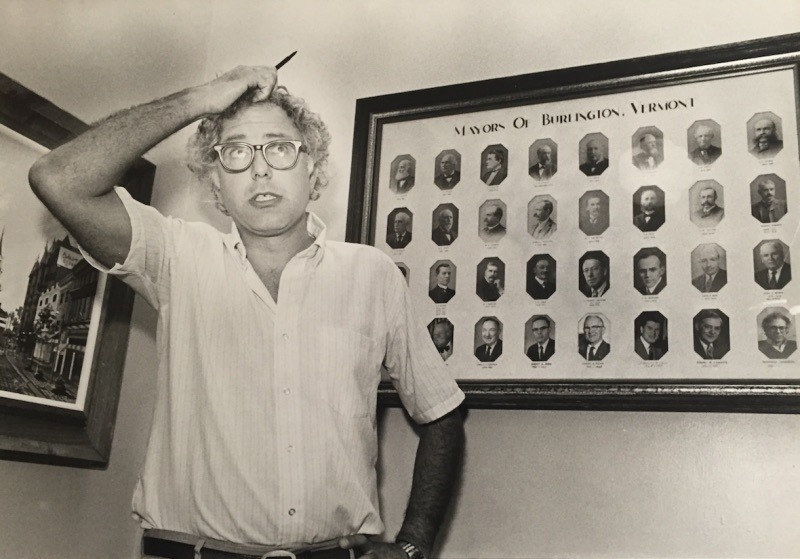 Say what you will about Bernie Sanders (and people have said a lot), the man is consistent.

The Senator from Vermont’s stance on an array of issues — and emphasis on using a grassroots base to achieve them — have remained remarkably unchanged for decades. Even his look — skinny and spectacled with hair that’s apparently never been paid a moment’s thought — is endearingly familiar.

Though the 75-year-old Independent only really sprung onto the national radar after his 2010 filibuster against an extension of George W. Bush-era tax cuts favoring the wealthy, and then even more so after his record-breaking 2016 presidential run, he’s been at this civil service thing for a long while.

And we have the pictures to prove it.

Rob Swanson, a former photographer for the Vermont Vanguard Press, Burlington Free Press, and others, might know Sanders as well as any other journalist in the country.

As early as Sanders’ 1980 mayoral run — when he shocked the establishment by beating the incumbent Democratic mayor of Burlington by a margin of just ten votes — Swanson was on his tail.

Now retired from journalism, Swanson is allowed to share his bias.

“Myself and many Vermonters really found in Bernie a genuine person,” Swanson told ATI. “He walked the walk and talked the talk. He just speaks his mind and always has.”

Swanson, who himself can slip easily into an imitation of Sanders’ heavy Brooklyn accent, describes Sanders as relaxed and down to earth.

As a mayor, then as a congressman, and finally as a senator, he took pains to directly return citizens’ calls and lived in a modest suburban home.

He even does his own laundry, which the public learned during a 2016 interview. As Sanders was talking to the reporter, a buzz could be heard from the basement.

“That’s my cue!” Sanders said, jumping up to switch loads.

With any other candidate, people might have been quick to decry the chore as a political stunt. But even if they had, Sanders probably couldn’t have cared less.

“He worried about things that were more solid than his appearance,” Swanson said. “Which is refreshing when politicians get more coiffed and tanned every day.”

During one particularly long meeting, Swanson remembers Mayor Sanders climbing up on the stage and lying down. He was still listening and still responding. But just in a chill Bernie way.

To Swanson, the gesture exuded comfort and authenticity.

Given Sanders’ low-key aura, the 2016 presidential election was particularly hard to watch for Vermonters – as many of them thought that their beloved candidate (who has ranked first for two consecutive years as the most popular representative with his constituents) wasn’t being given the coverage he deserved.

While not exactly making up for this perceived unfairness, Swanson’s photographs offer coverage that spans the entirety of Sanders’ political career — and gets to dimensions of the man’s character that may elude the debate stage.

Just as importantly, a quick flip through these photos offers a sharp reminder that the days of small-town photojournalism careers are almost gone.

That’s a shame, Swanson says. Photojournalists are given less time to familiarize themselves with each subject.

“The more you know about something the better pictures you’re gonna take,” he said. Like, for example, with Sanders. “He knew me and relaxed around me.”

Even with the most familiar photographers, though, Sanders never grew comfortable in the spotlight.

Swanson remembered following Sanders one day to get some shots for a national news wire.

“Rob, why are you taking so many pictures?” the flustered senator asked.

“Cause you’re news Bernie,” Swanson replied, bemused at the fact that he still hadn’t seemed to realize this.

Here are some of Rob’s Bernie Sanders’ photos along with other gems from the senator’s career: 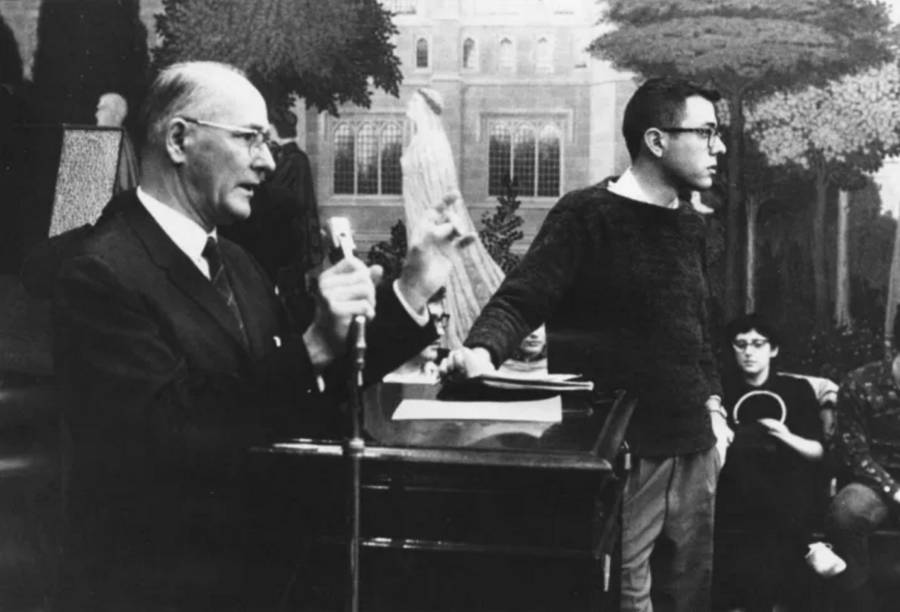 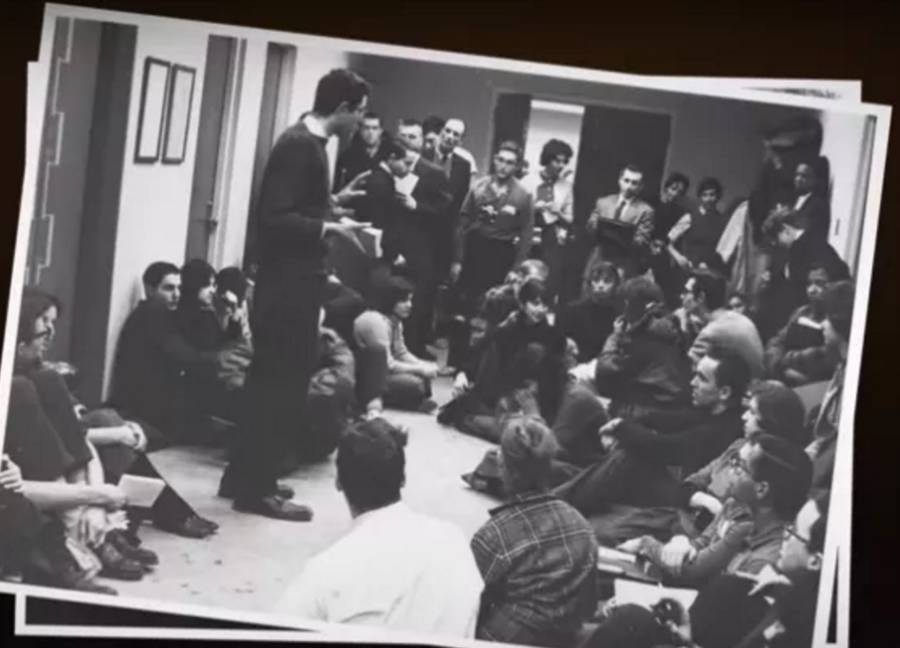 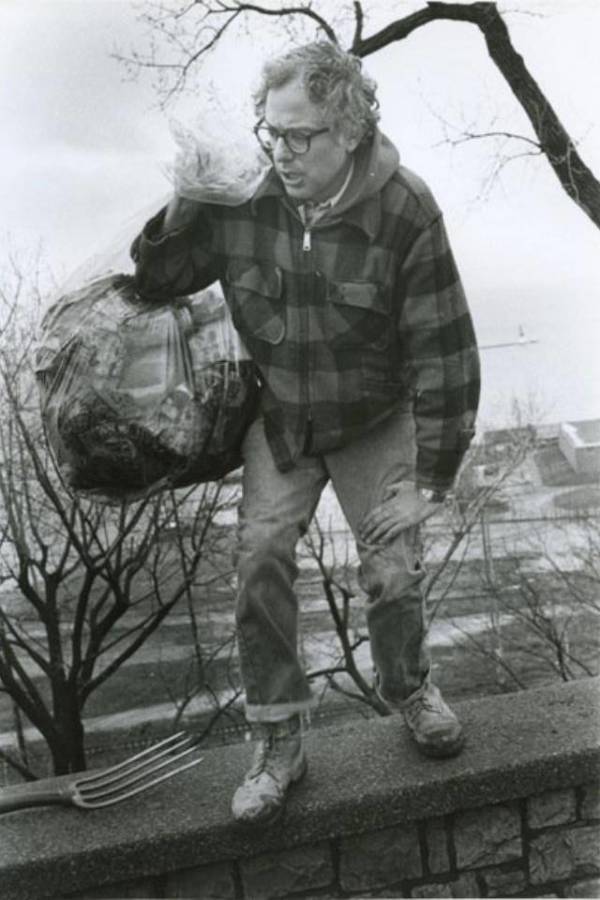 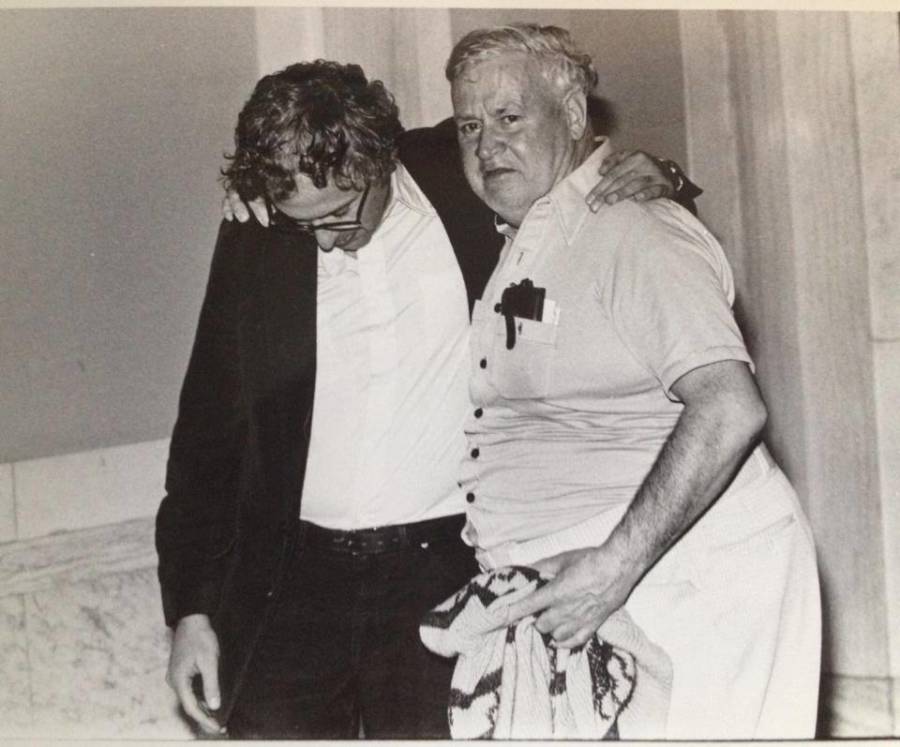 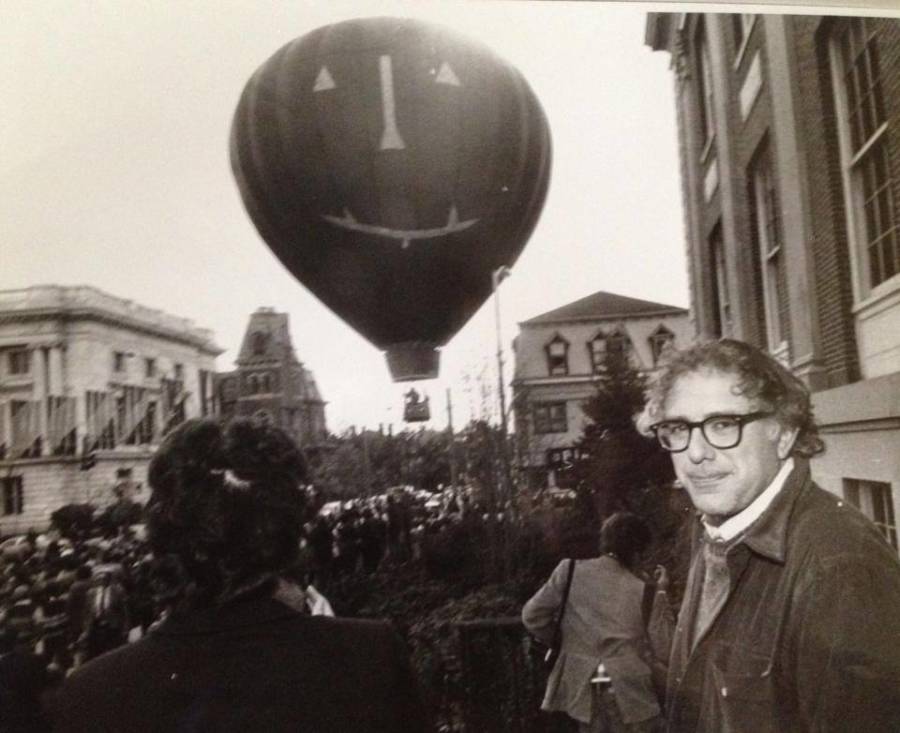 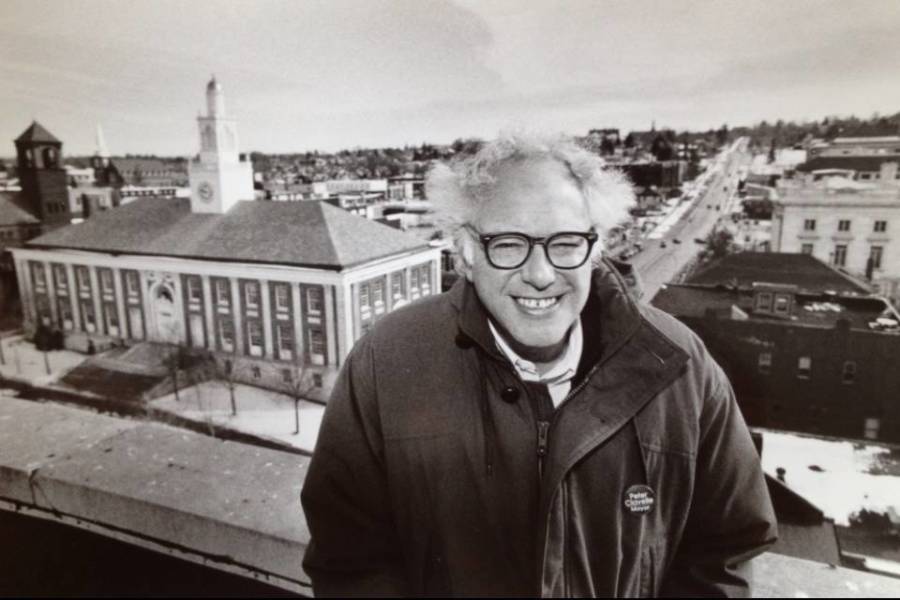 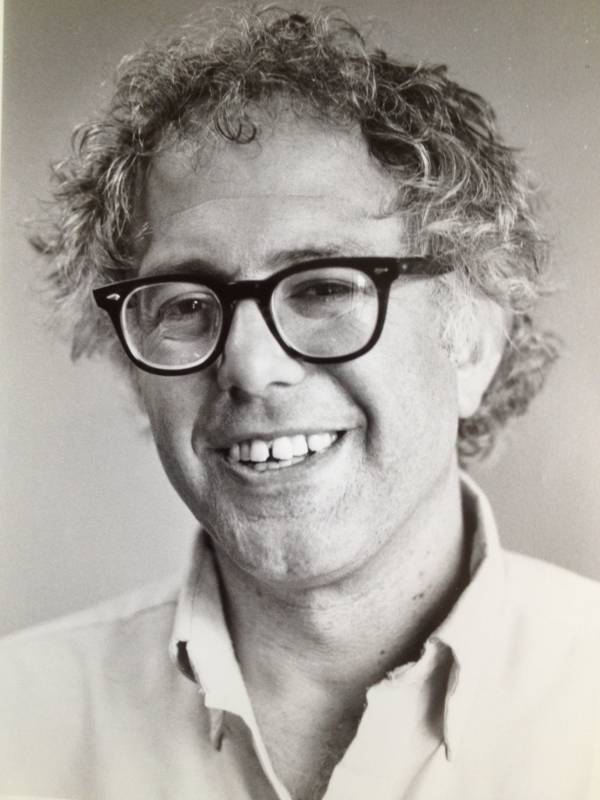 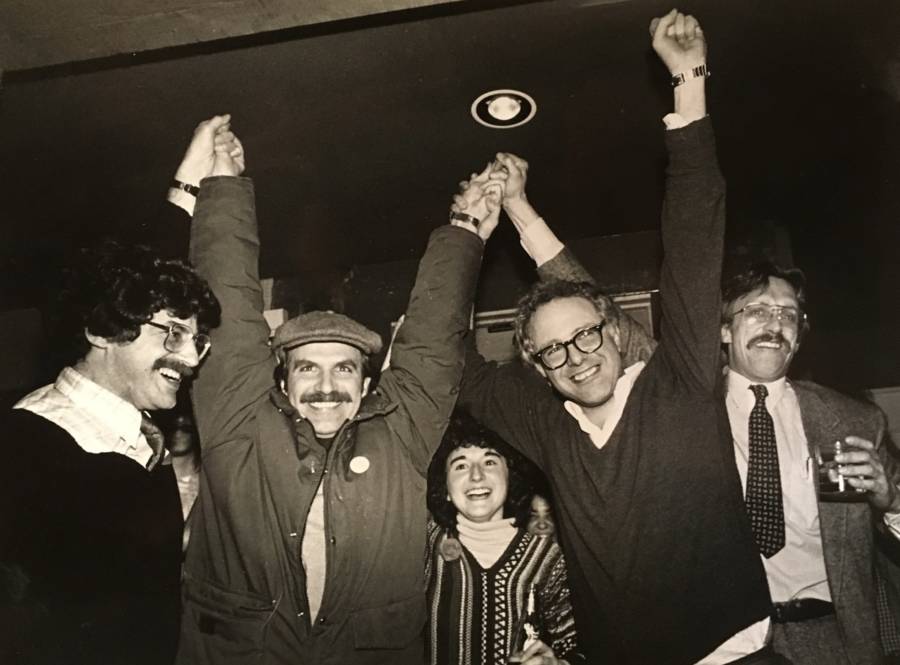 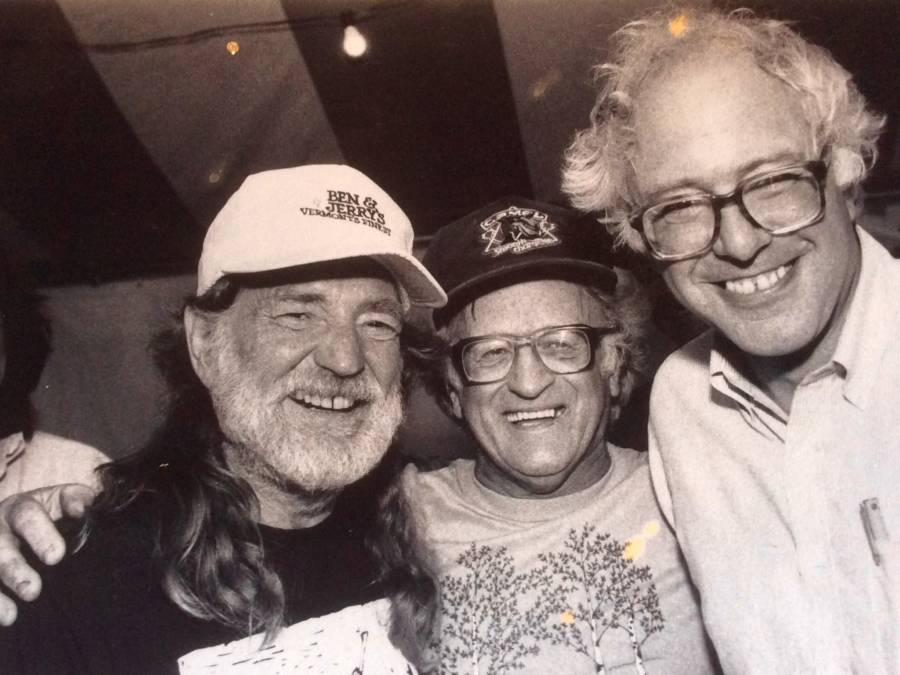 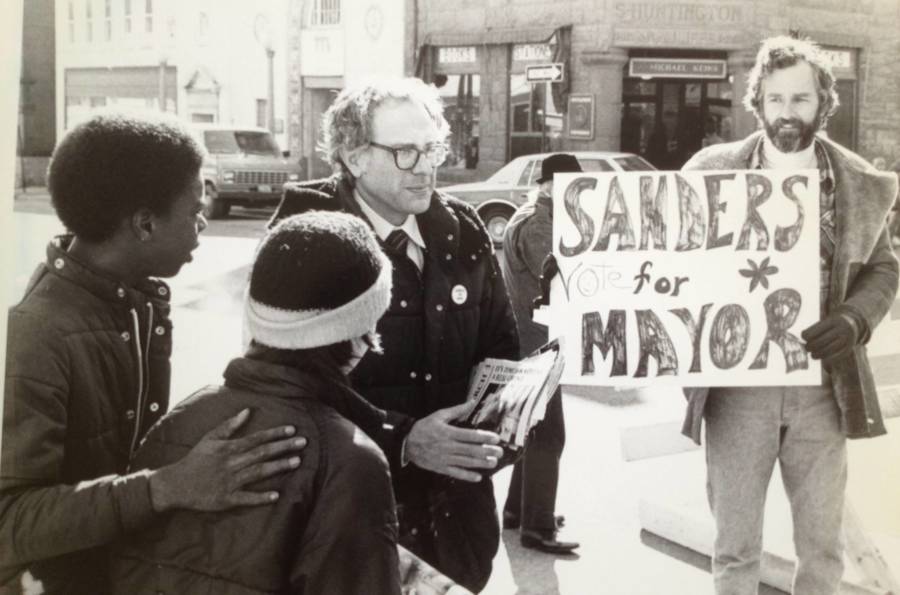 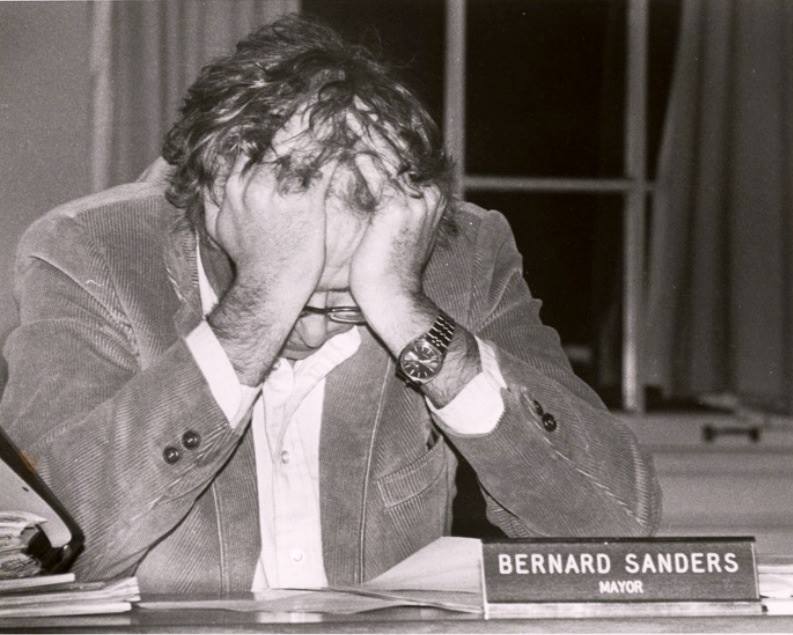 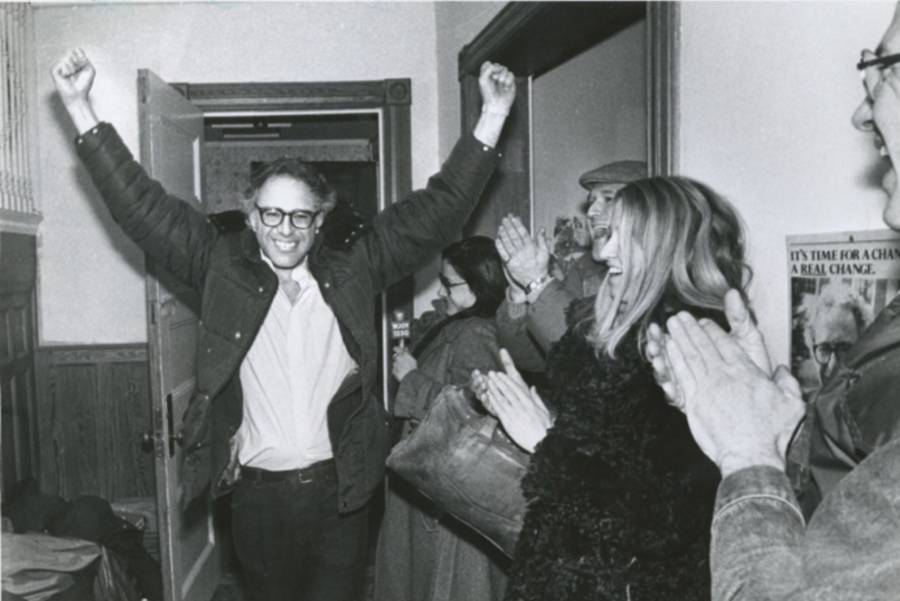 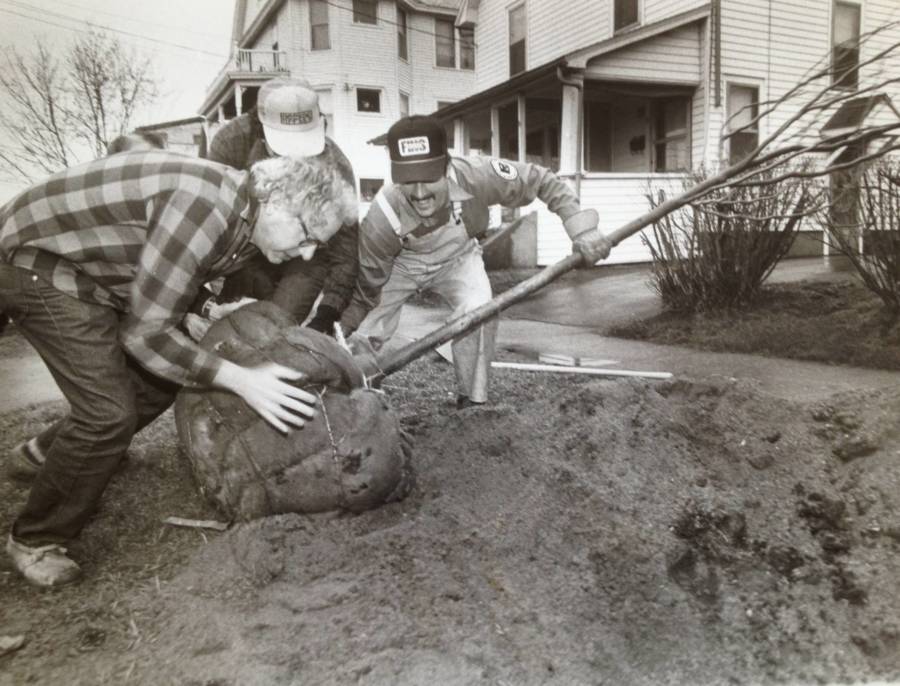 1 of 14
As a young activist at the University of Chicago, Sanders worked for racial equality.YouTube
2 of 14
An activist, who Vermont Sen. Bernie Sanders says is him (which was disputed), speaks to students on the first day of a sit-in at the University of Chicago in 1962.University of Chicago Photographic Archive, Special Collections Research Center, University of Chicago Library
3 of 14
Rob Swanson
4 of 14
"Shortly after Bernie Sanders was elected mayor of Burlington in the early 1980s a distraught and upset gentleman who was quite inebriated barged into the weekly Alderman's Meeting. The mayor, rather than calling the cops, talked to him quietly, got him to stop yelling and calmed him down. It was impressive the way Sanders dealt with an unruly, disruptive and confused citizen with compassion and understanding and just gently defused a bad situation."Rob Swanson
5 of 14
"Mayor Bernie Sanders and a hot air balloon share similar smiles at the grand opening celebration of the brand new Church Street Marketplace in October 1981. Note the Old Courthouse still standing to the left of the balloon. It was destroyed in a spectacular fire the following year."Rob Swanson
6 of 14
"After four terms as mayor of Burlington, Bernie Sanders chose not to run for reelection in 1989," Swanson said.

"I shot this portrait of Bernie for Newsweek magazine when he was running for the House in 1990. I took him up to the roof of the old Hotel Vermont building so Burlington City Hall-where he began his political career-would be visible...Wish I'd noticed the bird guano on the ledge so I could have cleaned it up before the shoot. It was windy and cold and Sanders wasn't into the shoot at all, but he was a good sport and I worked fast. Note the Peter Clavelle for Mayor button."Rob Swanson
7 of 14
Rob Swanson
8 of 14
"Way back in March 1982 Mayor Sanders celebrated another victory when supporters known as Sanderistas won seats on the Aldermanic Board in Burlington, Vt. after the Board had been under firm Democratic control for 30 years."Rob Swanson
9 of 14
"Bernie Sanders with Willie Nelson in Essex Jct., Vt at a FarmAid style concert to benefit Vermont farmers. Photo was taken in the early 1990s(?). The gent in the middle is VT farmer Jack Starr."Rob Swanson
10 of 14
"Here Bernie campaigns on Church Street hours before winning the race for Burlington Mayor for the first time in March 1981. He beat incumbent Gordon Paquette by 10 votes later that day and Bernie's political career was underway. I like the kids hand on his friends shoulder."Rob Swanson
11 of 14
"This photo of Burlington mayor Bernie Sanders' frustration with the city Aldermen in the early 1980s carries over with his efforts to change the way we look at how we govern ourselves and how government works as he shakes up the dialogue in his run for President in 2016."Rob Swanson
12 of 14
"Bernie Sanders' long political career in Vermont might have never taken off if he hadn't won a razor-thin victory over Gordon Paquette in the race for Burlington mayor in 1981."Rob Swanson
13 of 14
Bernie helps plant trees on Monroe Street as a first-term mayor of Burlington, 1982.Rob Swanson
14 of 14 Next, learn about the young Hillary Clinton.