Pythia, The Oracle of Delphi — Gifted Fortune Teller Or User of Hallucinogenics?

Known throughout the ancient world, Pythia, the Oracle of Delphi was famous for her frenzied prophecies of doom and destruction. 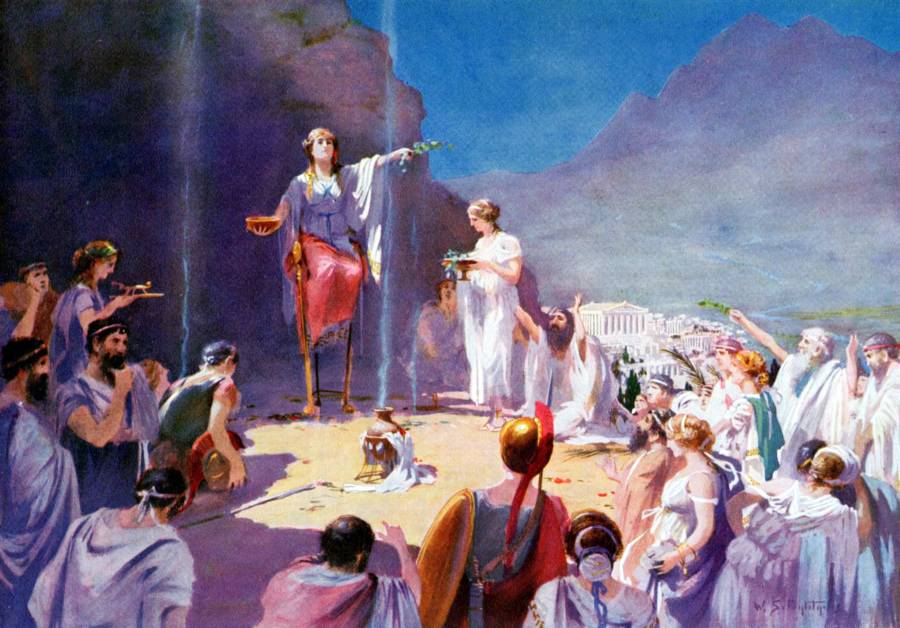 Universal History Archive/Getty ImagesPythia, the Oracle of Delphi, speaking to her subjects.

Today, the Temple of Apollo sits in ruins, the result of 2,700 years showing their age. Two thousand years ago, however, the Temple was an imposing sight. The Temple rose above the western slope of Mount Parnassus and played host to a shrine known as the Oracle of Delphi, the home, and sanctuary of the Priestess Pythia.

Beginning in the 8th century, Pythia cemented herself as a vessel for the spirit of the gods – specifically Apollo. She was widely renowned for her prophecies, which were rumored to have been relayed in a frenzied state, in cryptic or poetic terms.

People from miles around would make the journey to the Oracle of Delphi to visit Pythia, not only from Greece but from countries around Europe. They would ask questions about the future and wait while she mulled over their prospects. She would reportedly chew laurel leaves, inhale vapors that seeped from the crevices of an underground cavern or drink the waters from a nearby spring.

Then, she’d enter her trance or a frenzied state of mind, and relay their future. On one occasion, after an earthquake that shattered the Colossus of Rhodes, the people of Rhodes traveled to Delphi to ask Pythia if they should rebuild the Colossus. She warned them against it, and the people of Rhodes took her cryptic warning to mean that the fall clearly meant they had angered the gods.

Before the Battle of Salamis, the Athenians asked her to prophesize the outcome, hoping she would predict victory. She told them of a doomed future, only able to be saved by a “wooden wall” which the Athenians took to mean their wooden ships.

Though the Oracle of Delphi’s predictions are widely recorded throughout history, the accounts of her trances are not. Was Pythia truly a line to the gods, or were her predictions simply the ramblings of a hallucinating madwoman? 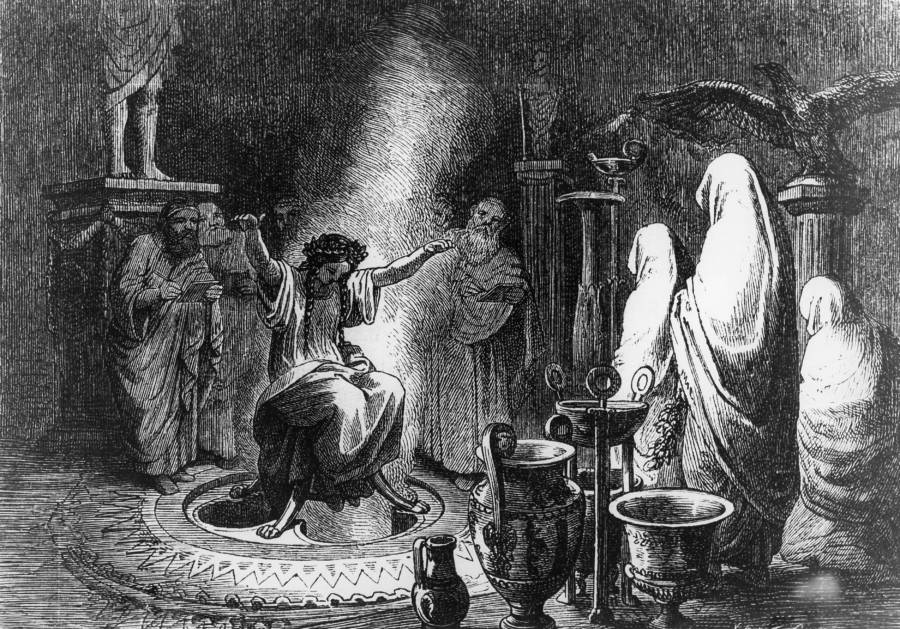 Scientists agree almost unanimously that the laurel leaves were unlikely to cause Pythia’s hallucinations, as they are mostly used for cooking and flavoring. You probably have a jar full of them in your spice cabinet, you just know them as bay leaves. Pythia chewed on them more likely as a snack than anything else.

They ruled out the spring water as well, as it also supplied nearby residents with water, and it would be unlikely that they would not experience the same things that Pythia was if they too were drinking it.

That left the mysterious vapors. For years, scientists did not believe the reports of vapors, as excavations of the area did not reveal any fissures in the ground. However, in 2001 a research team discovered the presence of ethylene in the temples geology. Ethylene in large quantities can cause hallucinations, and if she breathed enough of it in, it would likely cause Pythia’s frenzied state. 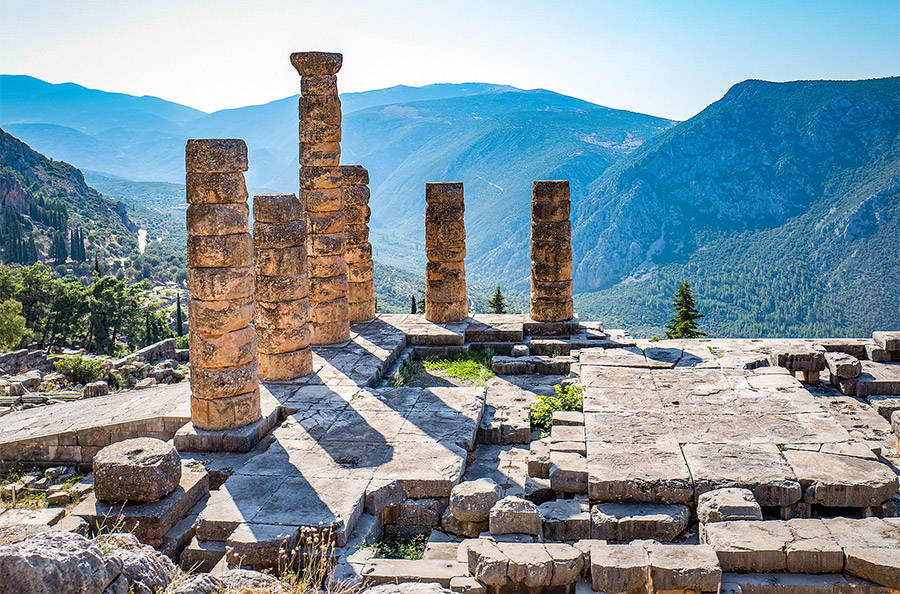 Wikimedia CommonsRuins of the ancient Temple of Apollo at Delphi, overlooking the valley of Phocis.

Upon discovering the likely reason behind her trances, researchers then set out to discover whether or not the Oracle of Delphi truly predicted the future. Using ancient literature, the researchers found that there were two types of descriptions of Pythia’s prophecies.

Perhaps she was just a mad woman, living in a sanctuary atop a mountain, convinced she could see the future. But, maybe she was a line to the gods, and perhaps the gods really did use the Oracle of Delphi to impart wisdom upon the people of earth.

Have something interesting to say about The Oracle of Delphi? Tell us below!

Next, check out the newly-solved mystery of the Greek “Portal to Hell.” Then, check out the Seven Wonders of the Ancient World and read up on the devastating Byzantine weapon known as “Greek Fire.”