Hear the incredible, improbable, and sadly forgotten story of P.B.S. Pinchback, governor of Louisiana just after the Civil War. 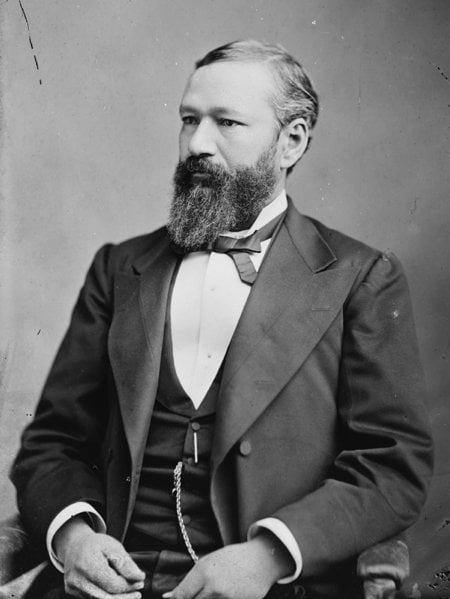 Somehow, amid the especially brutal racism of the Reconstruction era, and in one of the South’s most staunchly Confederate states (Louisiana), America had its first African-American governor.

Now, the complicating factors — his ancestry was less than half African and he was not elected, but instead stepped in when the preceding governor was impeached — are legion. Nevertheless, P.B.S. Pinchback barely registers as a footnote in American history today, even when the discussion is specifically about race, which just seems odd.

Pinchback’s largely forgotten tale begins when he commanded a company of men as a captain in the Union Army during the Civil War, before entering politics. Following a short stint as Louisiana’s lieutenant governor and that even shorter yet historic stint as governor, Pinchback was elected to Congress (but never served; more on that later).

Next, Pinchback helped found Southern University, an important early leader in providing higher education for African-Americans. Finally, he served on the citizens’ committee that orchestrated the acts of civil disobedience seeking to challenge the “separate but equal” laws that were instead upheld in the landmark Plessy v. Ferguson decision.

Yet the name P.B.S. Pinchback is scarcely heard today. Why?

Maybe because the story isn’t a simple one. Pinchback was black, but only on his mother’s side, and only partly at that. He was governor, but not elected, and only served 15 days. He was elected to the Senate, but never served (thanks to Congressional Democrats stopping the recently reinstated Louisiana seats from going to a Republican like Pinchback), and the same goes for the House.

It was a complicated time, too — a time when the wealth of new opportunities for African-Americans was abruptly ended by the Plessy v. Ferguson decision in 1896 and the new, severely racist, Louisiana state constitution that was written in 1898, closing that short window of promise.

But maybe it’s really because, since Pinchback, there have been only three other African-American governors (the subsequent one not elected until 1989) and just nine senators (only four of which were elected, and over half of which served solely within the past ten years). For nearly 100 years, P.B.S. Pinchback tragically seemed to be an anomaly.