During his 76 days out at sea, Antonio de la Rosa saw incredible marine life — and a lot of plastic trash. 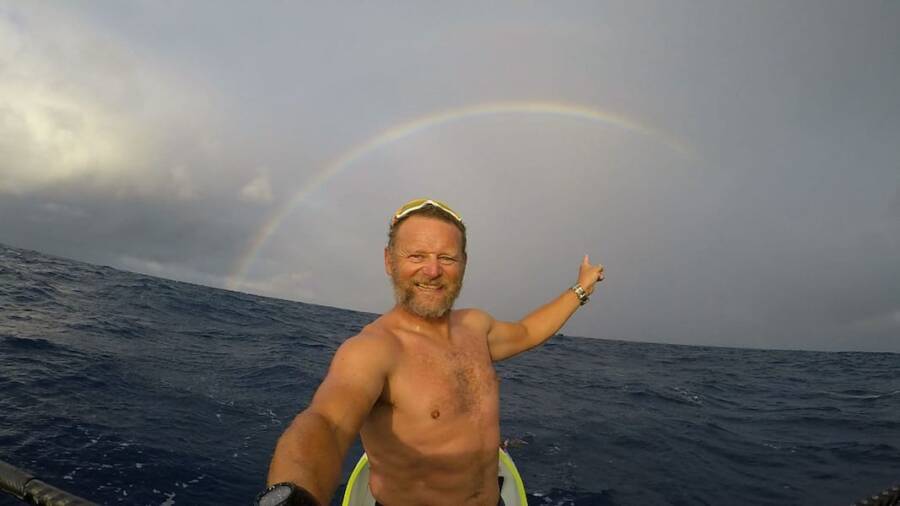 A peculiar trend seems to be popping up among sea voyagers. After a Frenchman’s four-month-long voyage across the Atlantic in a giant barrel comes another trans-oceanic journey — this time on a paddle board.

The specially-designed paddle board he rode on the trip weighs more than 1,500 pounds and includes its own sleeping quarters and storage compartment. But like any other paddle board, it does not have an engine. So de la Rosa had to steer the heavy paddle board the old-fashioned way.

“My arms and my legs are my motor,” de la Rosa told CNN.

With support from 4050+Adventure, Sea Trek, and the Waikiki Yacht Club, de la Rosa spent two years preparing for his experimental sea voyage – which the extreme sports enthusiast endured alone. He packed food, a desalinization system for drinking water, some navigation tools, and other necessary items to withstand the long journey.

“Hawaii has a long and well-known history of navigators who have traversed the ocean to reach our shores, and we are very pleased to extend our aloha to Antonio,” Mike Kelly, Waikiki Yacht Club commodore, announced after de la Rosa’s safe arrival in Honolulu. 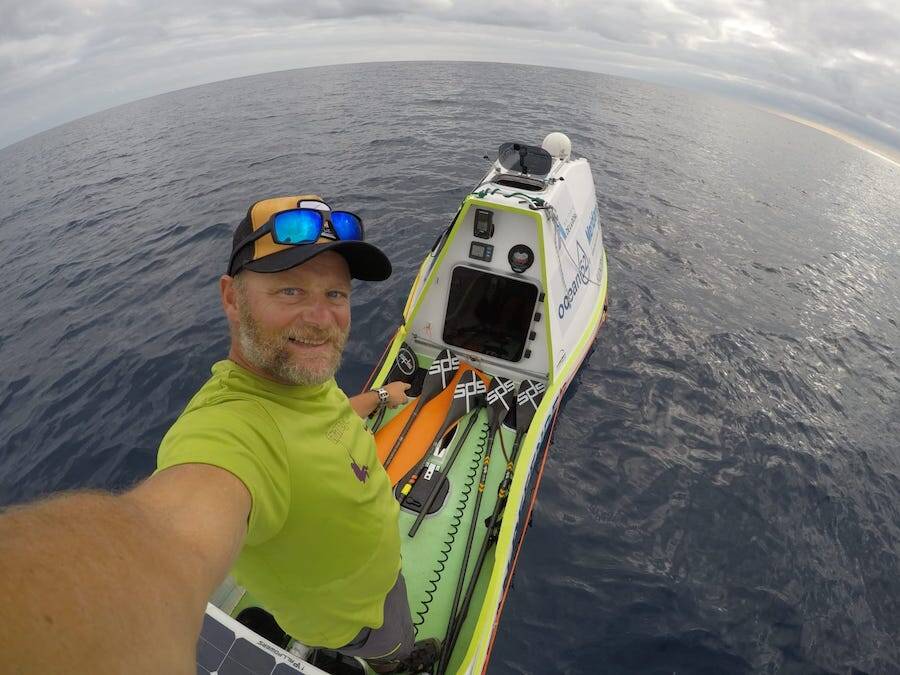 Antonio de la Rosa/FacebookThe high-tech paddle board weighs 1,500 pounds and does not have an engine.

De la Rosa said that he encountered a lot of “incredible” sea life during his trip, including whales, though he was unable to get a good night’s sleep because he had to keep checking his GPS coordinates to make sure he was still paddling in the right direction.

Besides his incredible quest across the ocean, de la Rosa also got to celebrate a special occasion at sea: his 50th birthday.

But why go all the way out to sea on a paddle board by yourself? De la Rosa’s goal was to raise awareness about ocean pollution. He says he saw plastic and other waste floating in the water every single day of his 76-day journey.

De la Rosa’s paddle board voyage was not his first rodeo at sea. In 2016, he paddle-boarded within the Arctic Circle between Ilulissat and Upernavic, Greenland. And two years before that he rowed solo across the Atlantic Ocean, from Senegal to French Guyana.

“I love this kind of life,” de la Rosa said.

After the physically draining voyage, de la Rosa said he’ll likely take a break from paddle-boarding for the next 2 to 3 years. For now, safe and dry on land, he had a more important mission: to “drink beer and have a hamburger.”

Now that you’ve caught up on one man’s successful paddle board trip across the Pacific, learn about Mr. Trash Wheel, the solar-powered water wheel that’s removed 1 million pounds of trash from Baltimore’s waters. After that, read the harrowing journey of José Salvador Alvarenga, who survived 438 days adrift in the Pacific.