21 Enchanting Photos Of Paronella Castle, The Australian Party Palace Abandoned In The Jungle

A Spanish immigrant named José Paronella toiled for over a decade to build his dream palace, where he hosted lavish parties in the 1940s and '50s. So what happened to Paronella Castle? 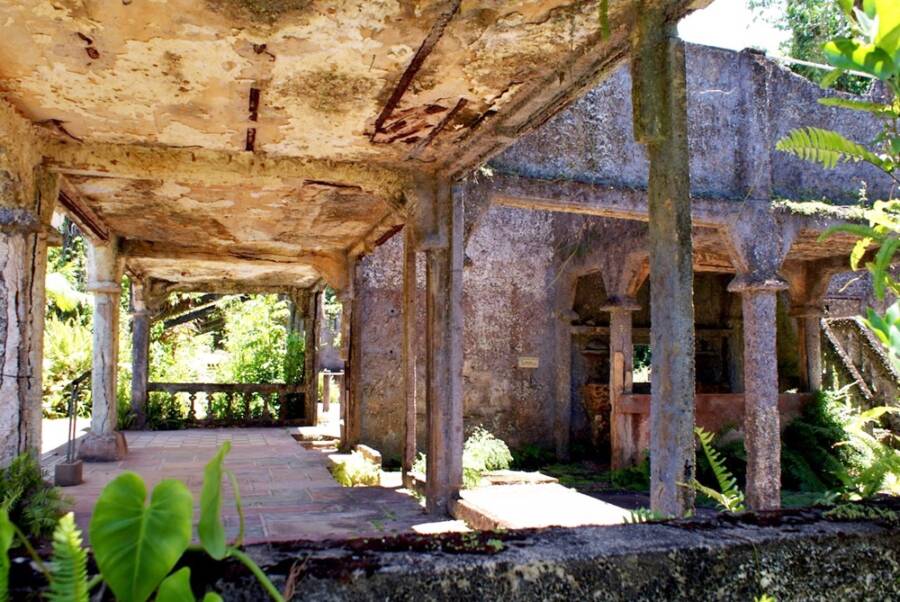 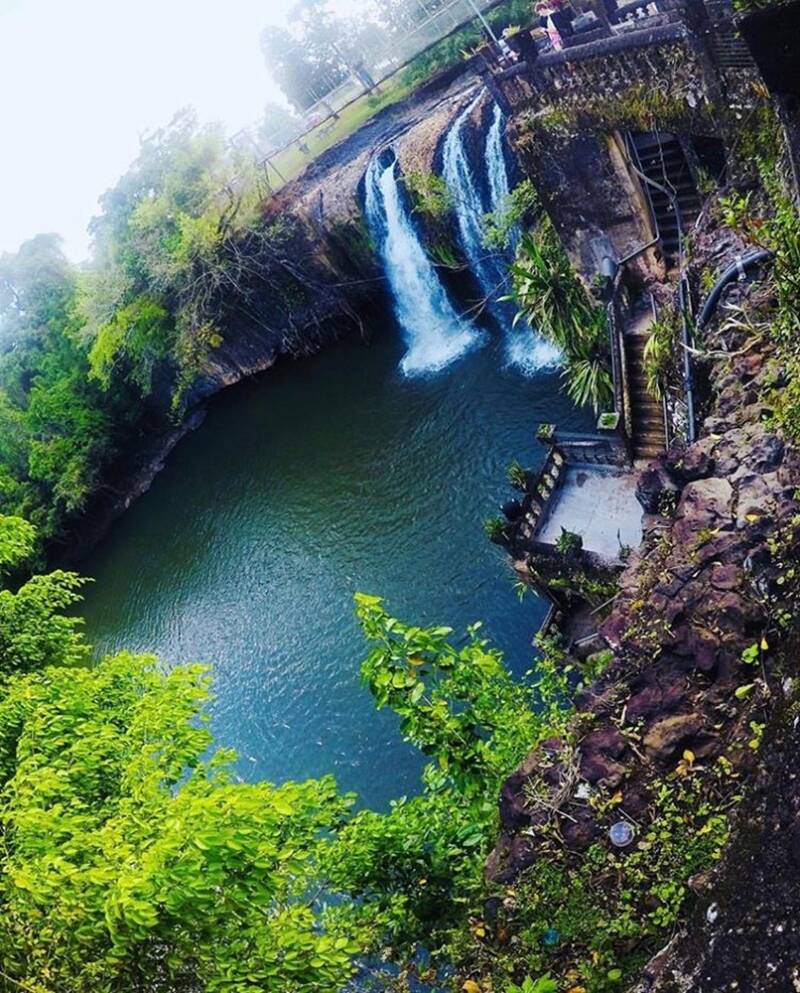 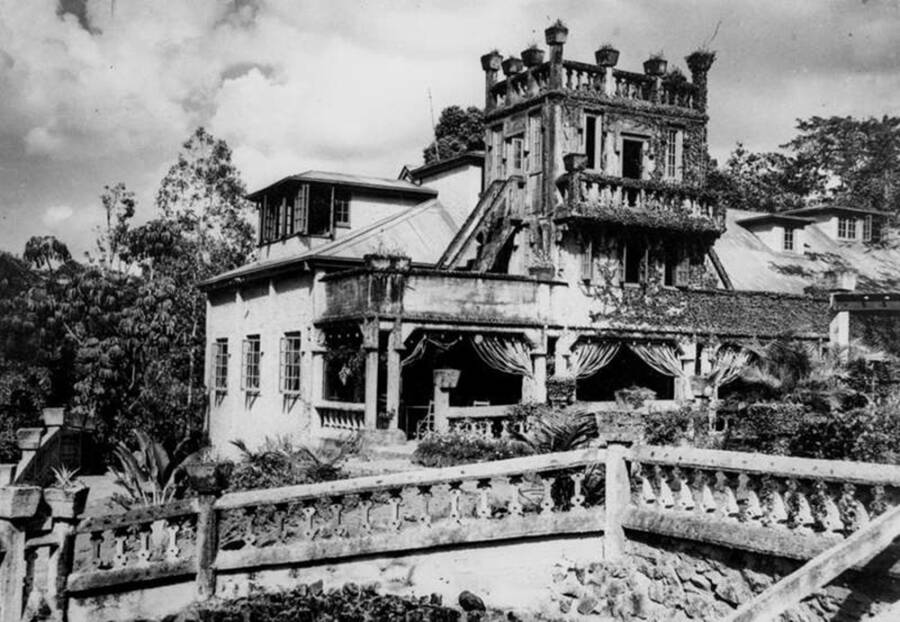 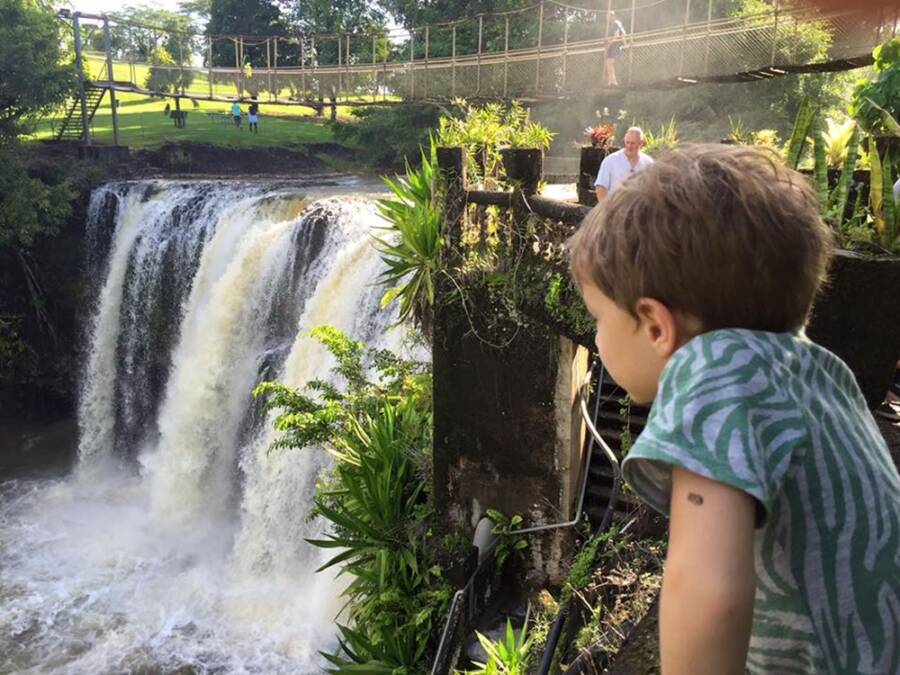 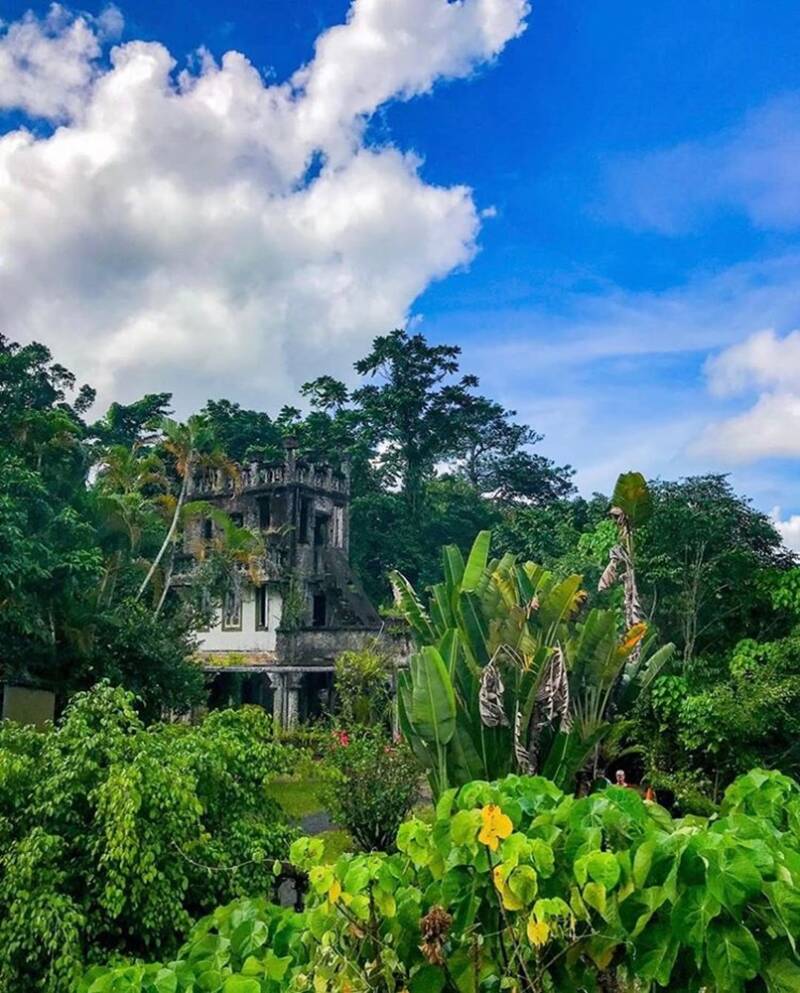 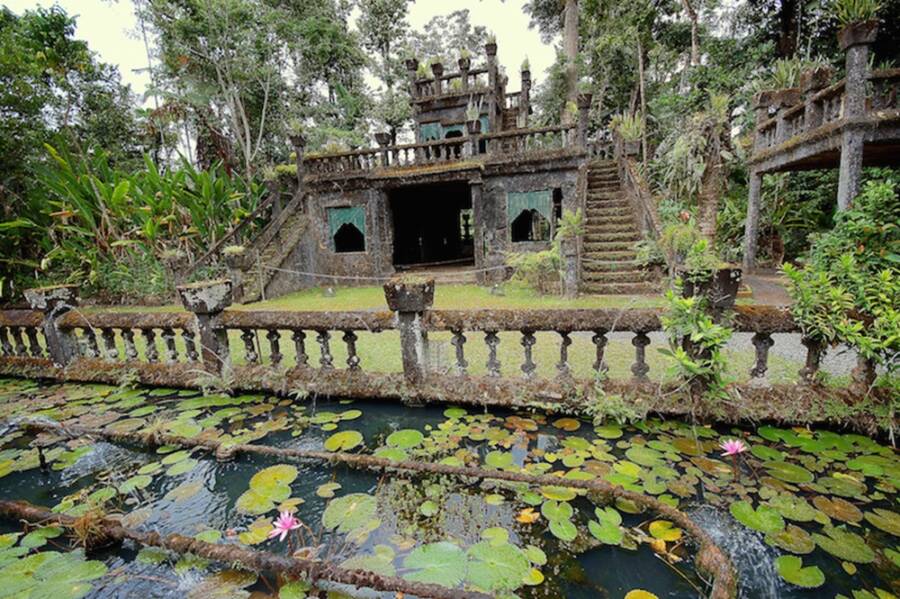 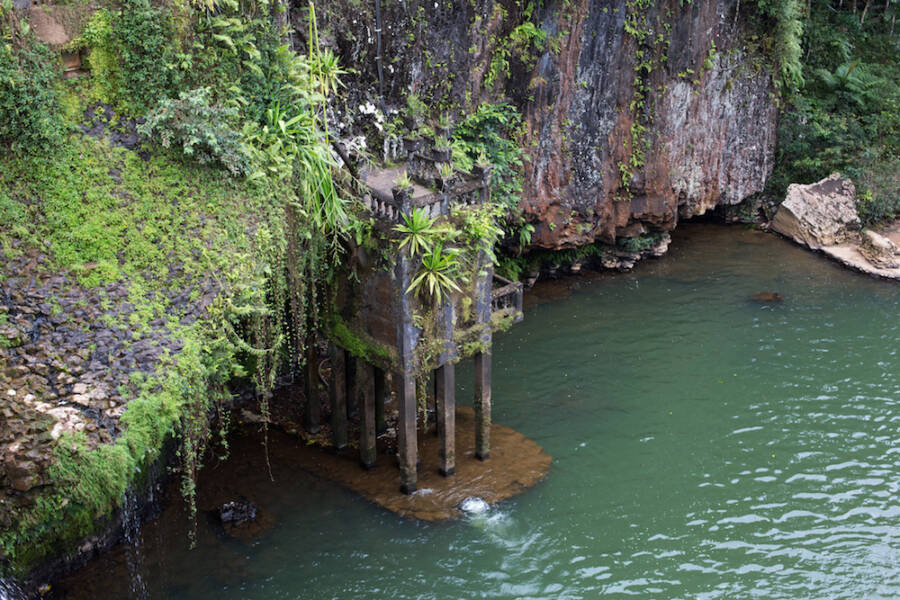 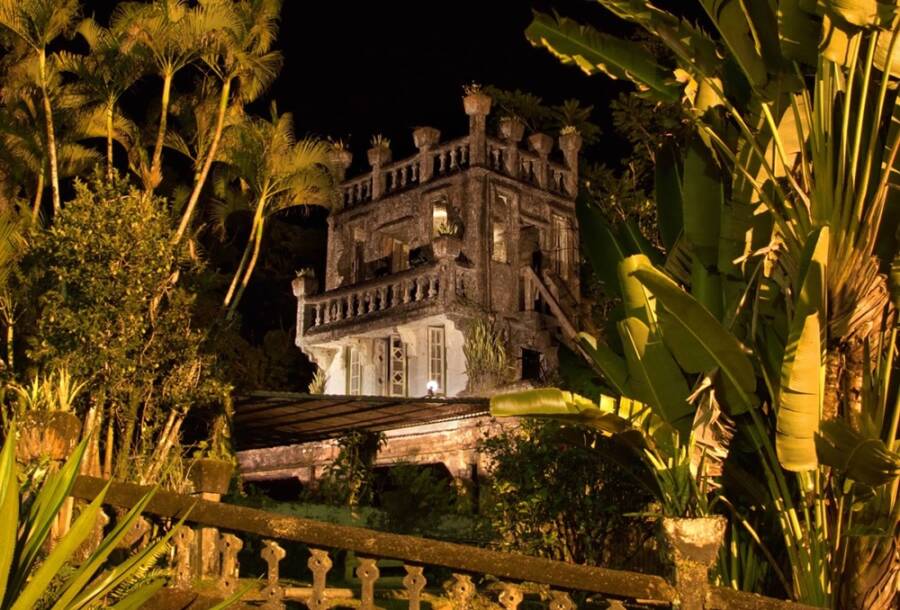 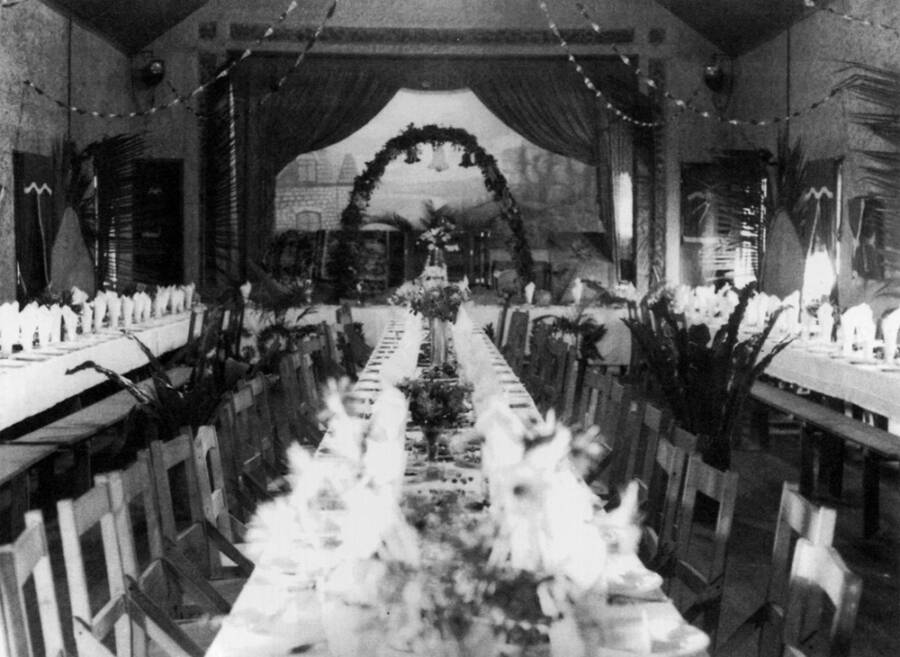 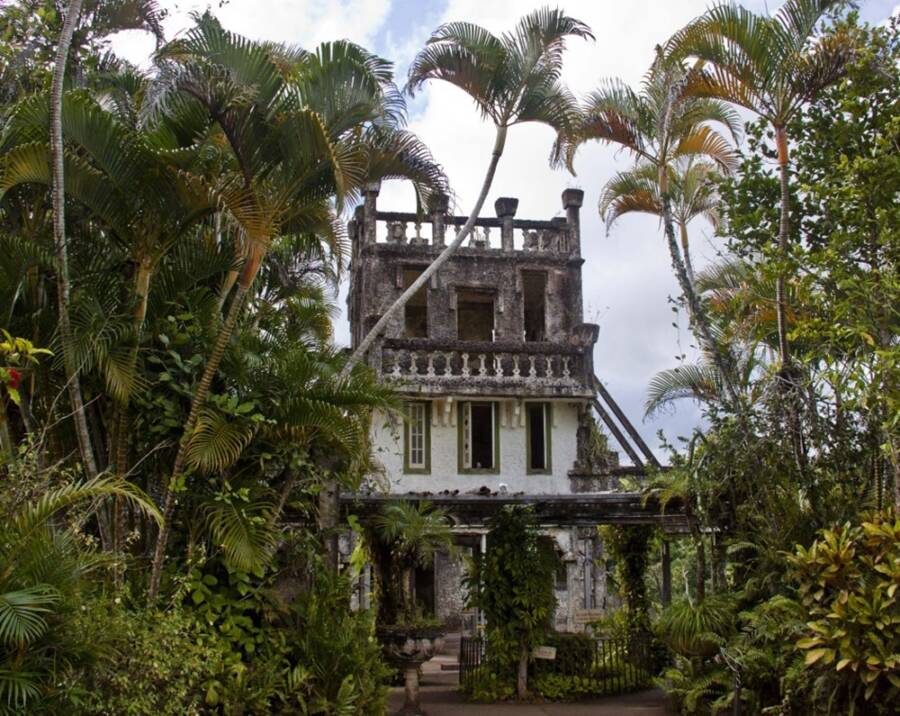 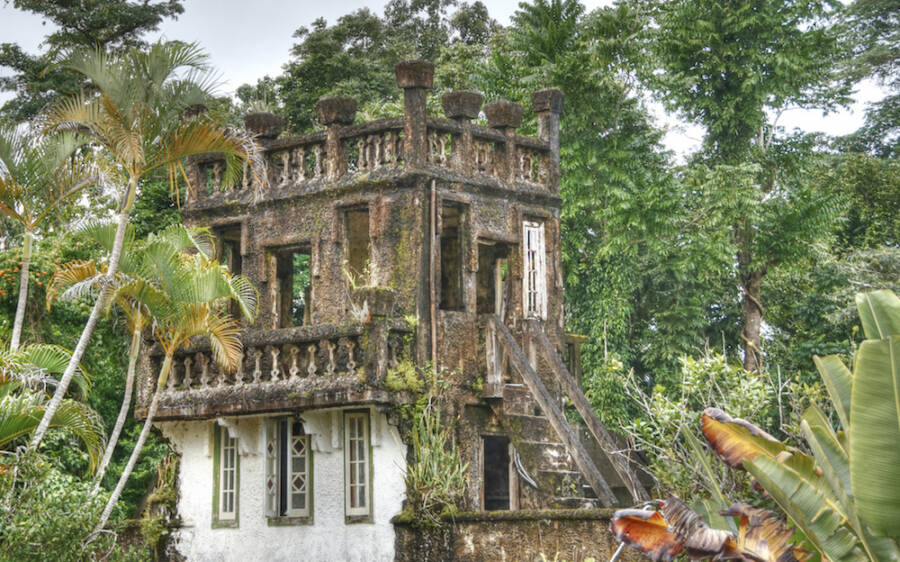 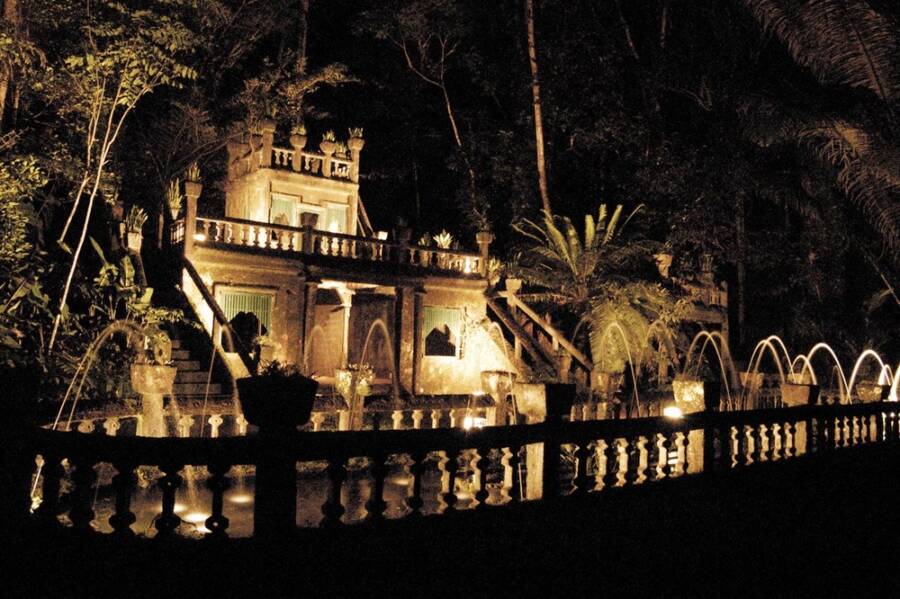 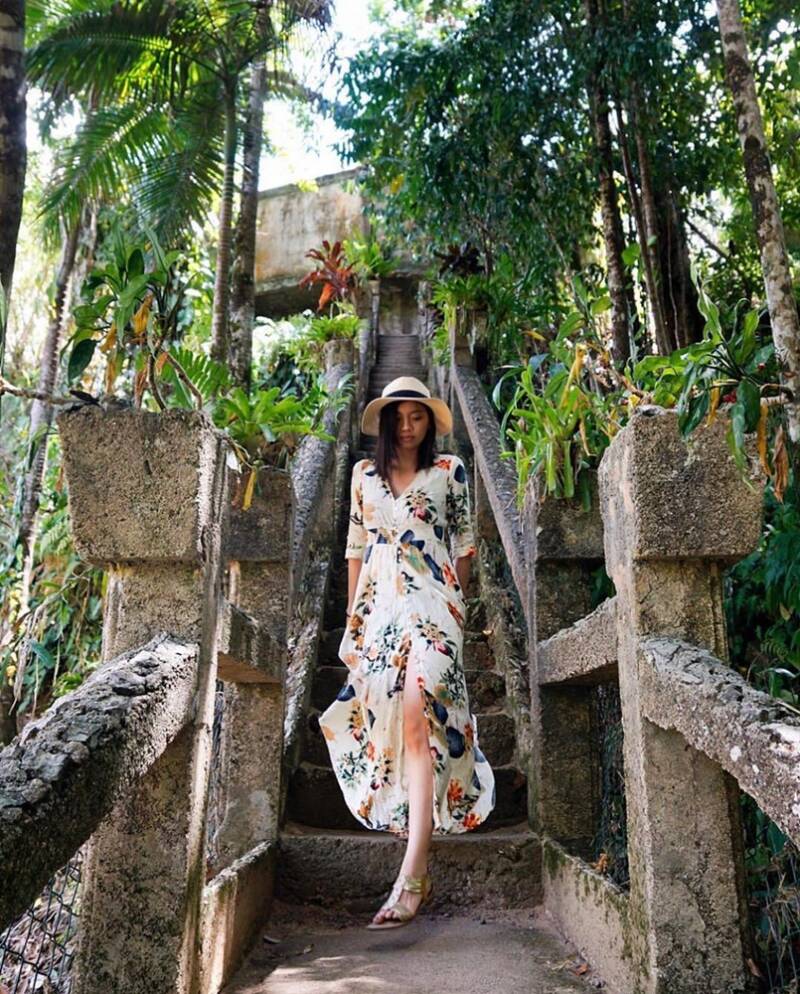 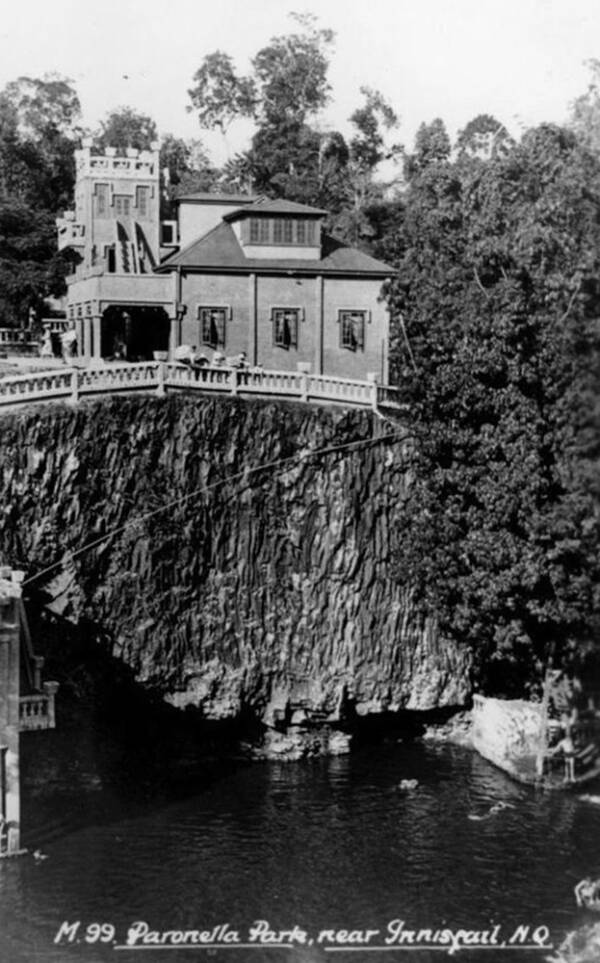 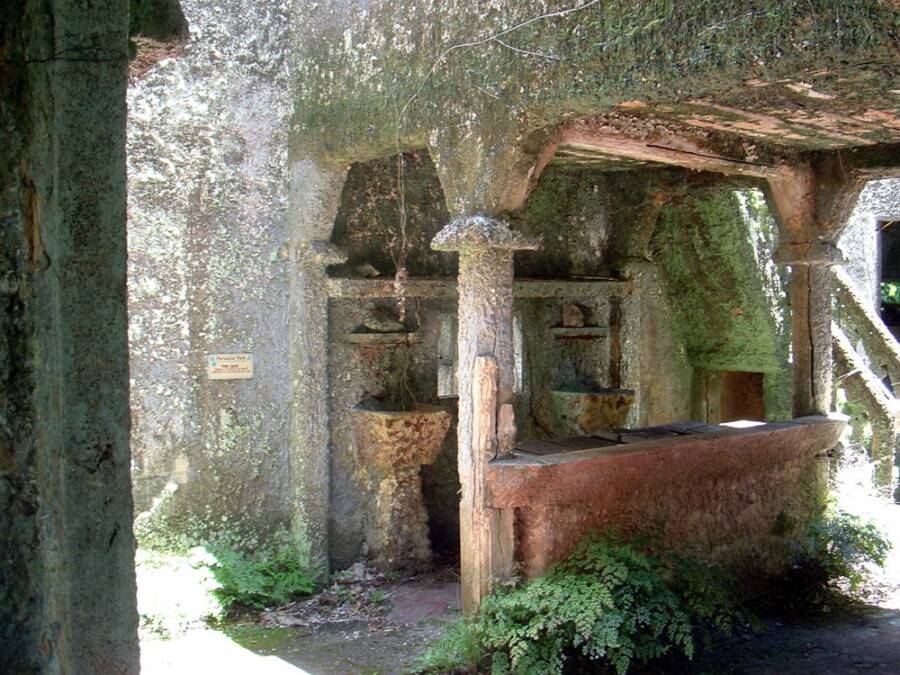 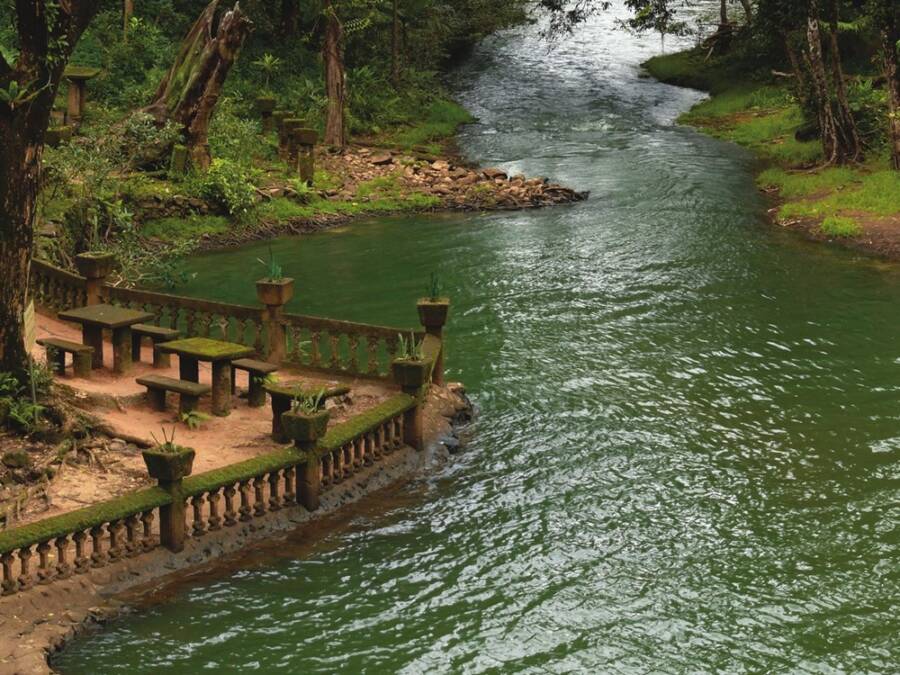 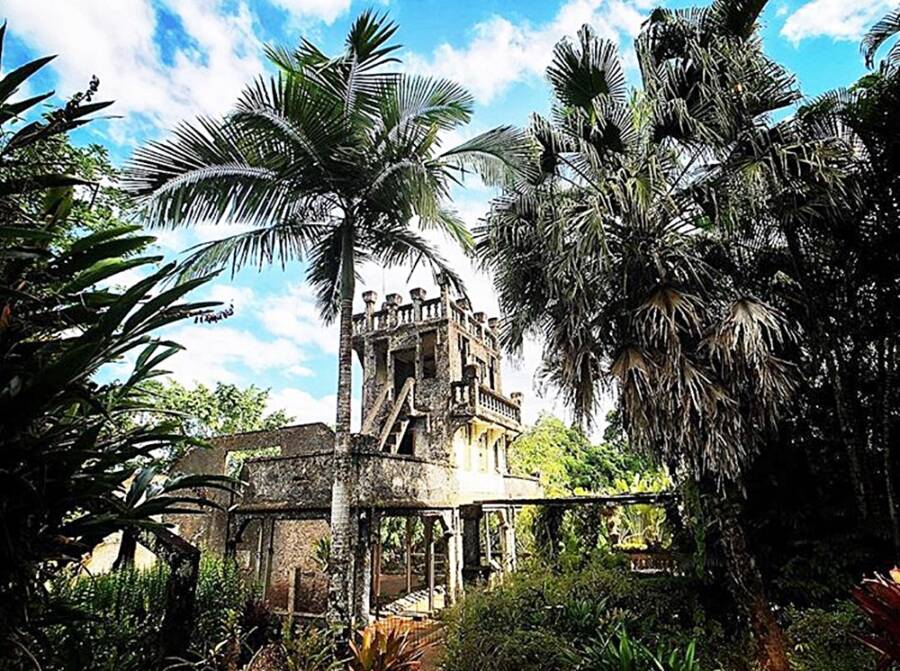 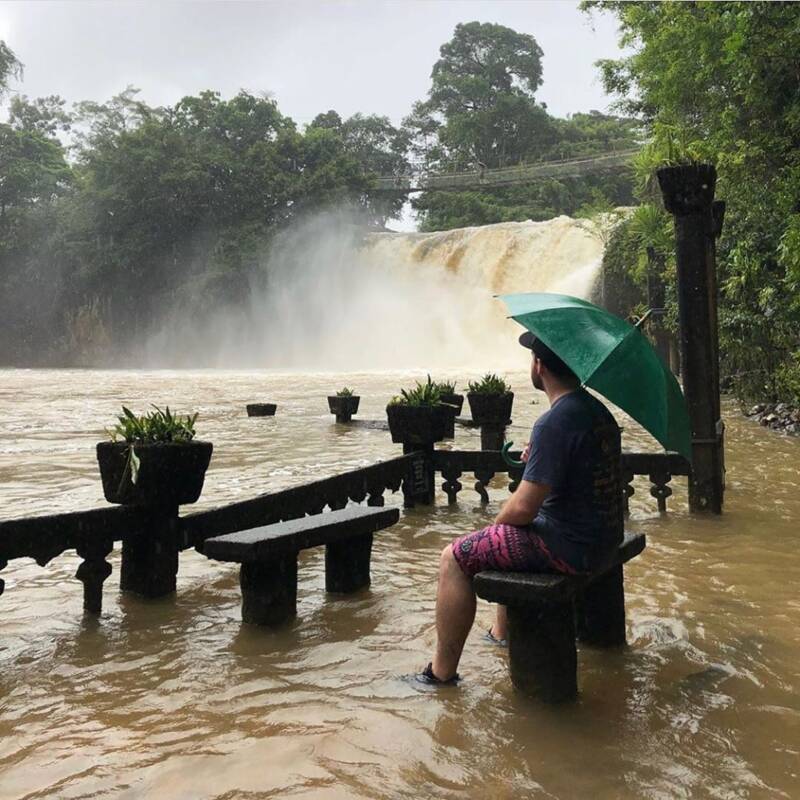 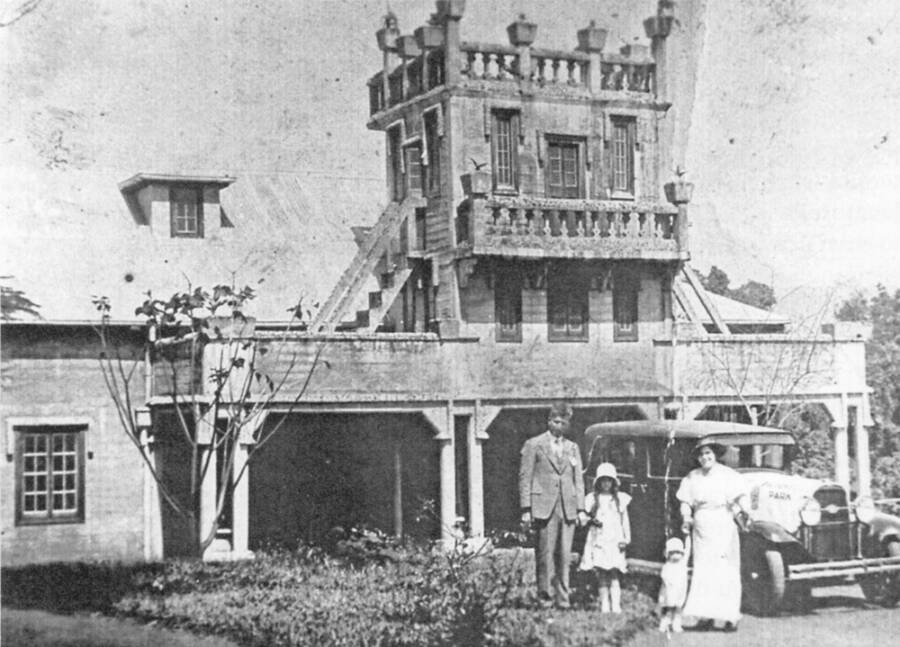 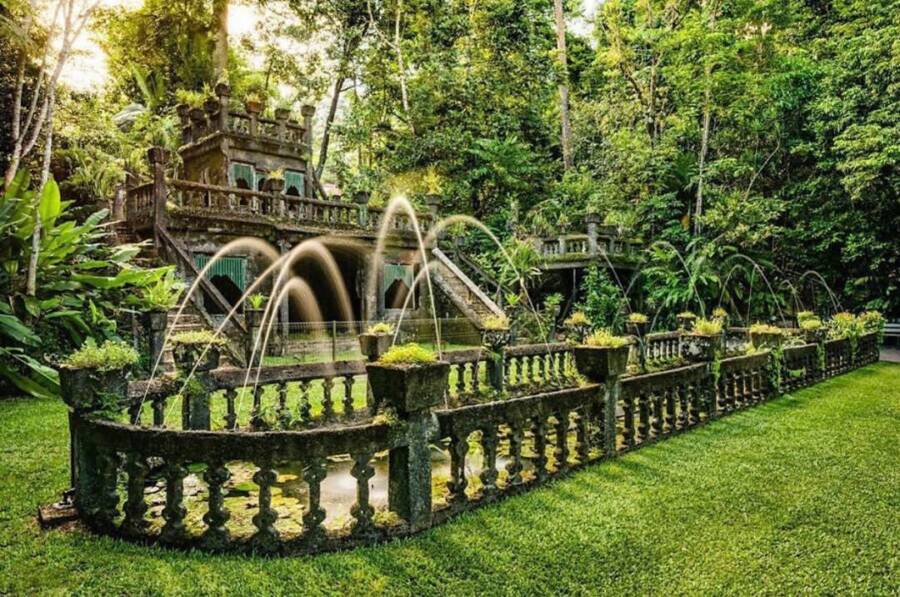 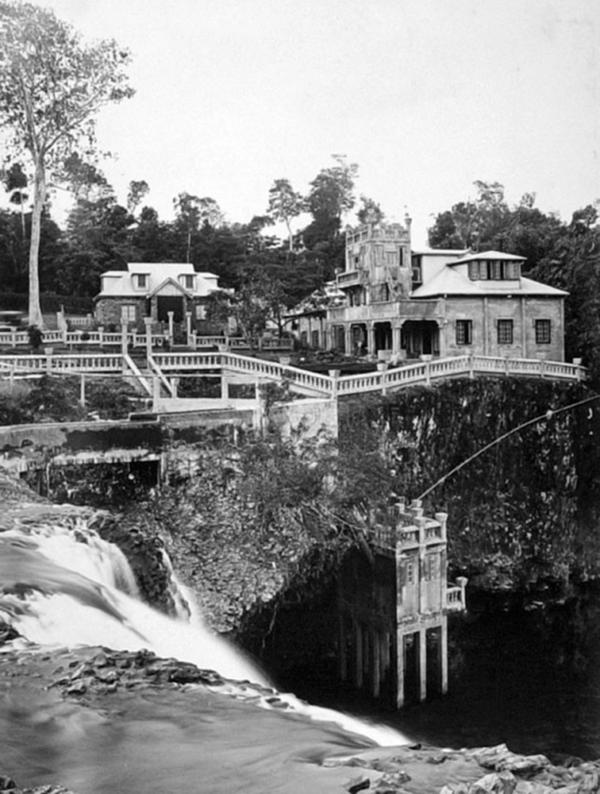 1 of 22
In 1924, wealthy businessman José Paronella left Australia for his hometown in Spain, where he met his wife Margarita. The couple married the following year and returned to Australia for their honeymoon. It was here that they the built the magnificent Paronella Castle.Weekend Notes
2 of 22
Paronella had always dreamed of building himself a princely estate. He built a hydro-electric dam over a waterfall to power it, and the dam remains the oldest of its kind ever built in North Queensland's history.bonbonsfit/Instagram
3 of 22
It's said that José Paronella's handprints are still visible on the castle's concrete plaster, nearly 100 years later. Creative Commons
4 of 22
Paronella Park/Facebook
5 of 22
José Paronella planted 7,000 trees to create the lush brush he had dreamt his castle would be surrounded by.doubleshot.blog/Instagram
6 of 22
The first structure built on the property was the house where José Paronella's family lived. It was the only structure on the property that was made out of stone.Lesley Malone/Flickr
7 of 22
José Paronella designed his dream castle in the Spanish architectural style, an ode to his homeland.pbkwee/Flickr
8 of 22
The castle's structure was built using concrete reinforced with old railway track materials.Paronella Park
9 of 22
The castle hall, pictured here, completely decked out for a lavish banquet. The Paronella family rented out the hall for parties — and made a handsome profit in the process. Creative Commons
10 of 22
The castle features its own theater, where the Paronellas would screen films for visitors every Saturday night in the 1940s.AustravelPhotography
11 of 22
In addition to its own theater, the castle also featured refreshment stands, a fountain, and benches that overlooked the nearby waterfall.SYL/Flickr
12 of 22
José Paronella built the entire castle between 1929 and 1935, when it was finally opened to the public.Paronella Park
13 of 22
wanderoutloud/Instagram
14 of 22
Creative Commons
15 of 22
One of the refreshment stands. There was also a museum room, which had coins, pistols, dolls, and other trinkets from the world over. Weekend Notes
16 of 22
Paronella Castle has survived a number of floods and cyclones. Even today, visitors to the park can still see how water from the dam has overflowed into the castle during high-rain seasons.Paronella Park
17 of 22
After José Paronella died in 1948, his children and grandchildren took over the castle and its grounds. __wild_tribe__/Instagram
18 of 22
A visitor soaking up the vista and the floods that still sometimes submerge the castle grounds.oflandandsea.ca/Instagram
19 of 22
The Paronella family then sold the castle and the park that surrounds it in 1977. Two years later, a fire swept through the castle, leading to its temporary closure. Creative Commons
20 of 22
In 2009, new owners Mark and Judy Evans restored Paronella Castle's original hydro-electric system. The restoration reportedly cost about $450,000.Paronella Park/Instagram
21 of 22
The castle has survived cyclone Winifred in 1986, a flood in January 1994, cyclone Larry in March 2006, and cyclone Yasi in January 2011.Wikimedia Commons
22 of 22 In the 1930s, José Paronella had only one thing on his mind: to finish building his hidden dream castle. With less than $200, Paronella bought 13 acres of untamed jungle land in Queensland, Australia on which he would construct a whimsical palace in his own name.

It took Paronella a decade of painstaking labor — and money — to realize his dream castle, where black-tie events and theatrical performances were held throughout the '40s and '50s. And sadly, it became too costly to manage following a slew of natural disasters like flooding, fires, and cyclones. Yet Paronella Castle still stands in its original location — and remains open to the public even today. 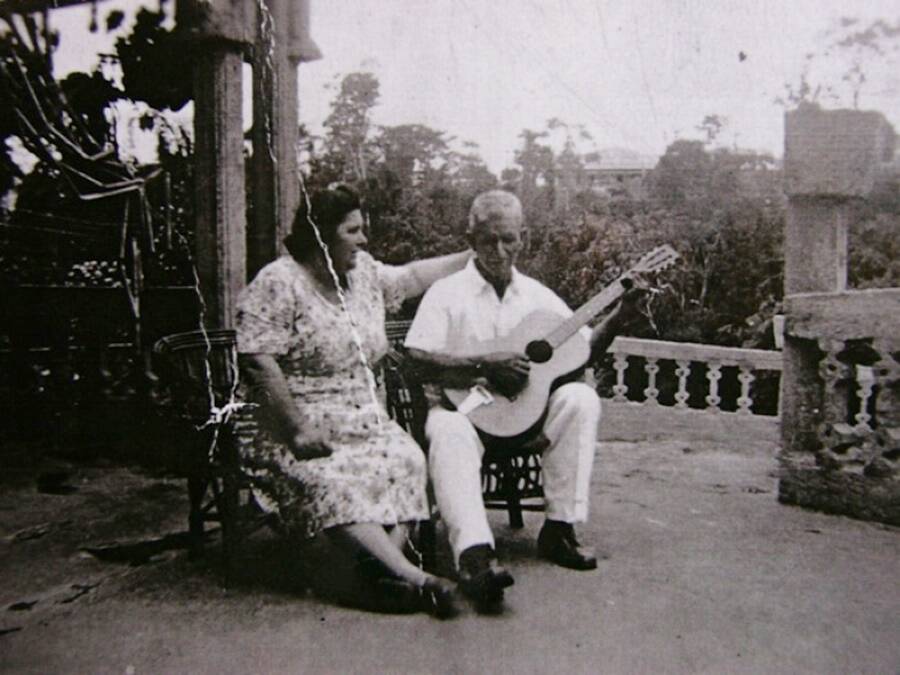 Paronella ParkMargarita and José Paronella, who built and operated the park over two decades.

José Paronella was a Catalonian farmer who arrived in Australia in 1913. For the next decade, Paronella labored on sugar cane farms, eventually working his way up from a farmhand to a land merchant. But Paronella had bigger dreams than toiling away in the hot fields. He dreamt of owning his own estate where he could build a magical castle oasis isolated from the bustling urban centers of Australia.

When he first laid eyes on the unowned land along Mena Creek in North Queensland, his dream started to take shape.

Paronella briefly put his dreams on hold when he returned to his native Spain in 1924. He had intended to marry a woman named Matilda, but he had been away so long that she chose somebody else. Paronella married her younger sister, Margarita, instead. The couple returned together to Australia for their honeymoon — and launched the project that would define the rest of their lives. 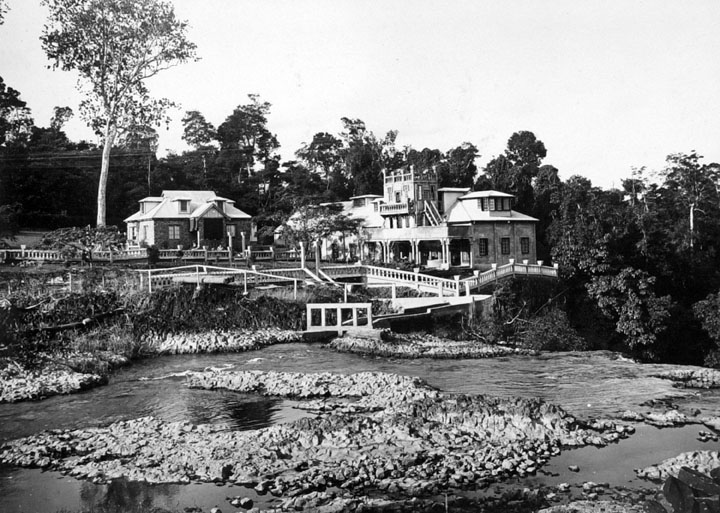 Wikimedia CommonsParonella Park from atop the Mena Creek waterfall, circa 1935.

Paronella bought the land near Mena Creek in 1929 for £120 or the equivalent of $157 and began construction right away. First, he planted 7,000 trees to create the lush greenery he envisioned for his castle park. Then, Paronella built the Grand Staircase, a crucial piece of construction that helped him to transport river sand up the hill to make concrete.

The first structure built on the property was his house — the only one made out of stone — where his family would live. Then he began conceiving of a grand castle on top of a nearby hillside. Using concrete reinforced with old railway track materials, he designed it in the style of a Spanish castle.

According to the castle's official website, Paronella embedded his own handprintsin the clay and cement plaster used to cover the concrete in this palace — and they're still visible today.

But Paronella's estate didn't stop with a comfortable home and a whimsical castle. The grounds also featured its own theater, refreshment stands, a fountain, benches, and a grand dining hall, all of which were open to the public. Paronella also installed a hydroelectric dam to power the entire castle. It remains the oldest such dam ever built in North Queensland. 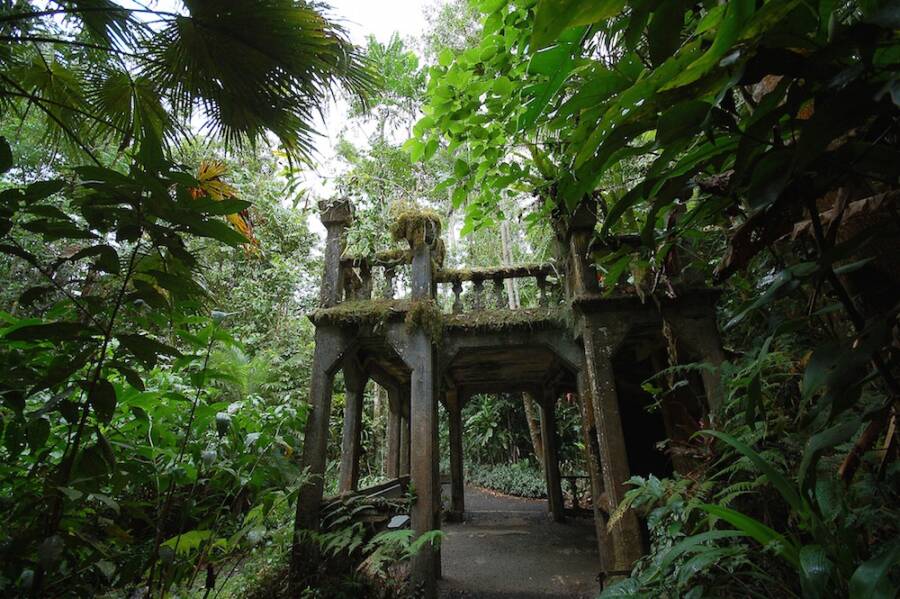 Lesley Malone/FlickrParonella Castle has survived through cyclones, floods, and fires for nearly 100 years.

The construction of Paronella Castle park was an incredibly daunting task. In total, it took over 10 years for Paronella to finish building it. He finally opened it up to public visitors in 1935.

Over the next decade, Paronella's park enjoyed a sizable amount of attention. The family screened movies every Saturday night at the theater and made extra revenue by renting out the castle's main dining hall, which was a favorite venue for parties and events.

However, José Paronella and his family struggled to keep the park running. In 1946, a terrible flood caused severe damages that required a bevy of costly fixes. After Paronella died in 1948, his children and grandchildren tried their best to keep the dream park alive. But several natural disasters decimated it further. Finally, the family was forced to sell the land in 1977 and — after another fire and cyclone disaster — closed it for good in 1986.

But then in 1993, Paronella Castle park was brought back to life after Mark and Judy Evans purchased and renovated it. They restored the castle's original hydroelectric system, which set the couple back about $450,000, and reopened it to the public. 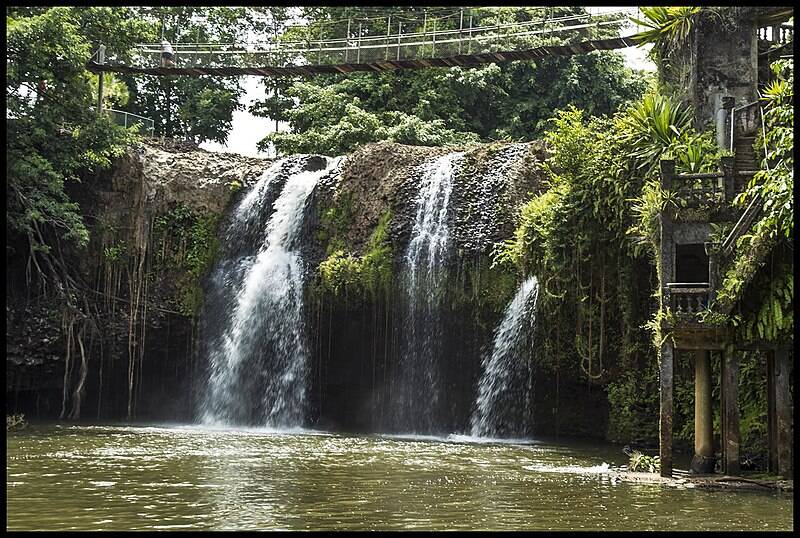 Wikimedia CommonsIn 2008, the hydro-electric dam was updated and now generates all the power for the park and puts power back into the grid for neighboring towns.

The park is currently open and operates tours throughout the day. Tours are also available during the evening when a modern lighting system illuminates the magical, lush grounds. The park remains a popular backdrop for wedding photos and special events.

Although it weathered nearly a century of construction, repairs, and natural disasters, Paronella Castle remains more alive now than ever. And so, too, does José Paronella's dream.

Now that you've explored the whimsical Paronella Castle in the Australian jungle, learn about the Coral Castle of southern Florida, which is made entirely out of coral stone. Then, take a look inside what many believe to be the castle where the real-life Dracula lived.