The artifacts included iron calipers, a wooden handle, a silk and leather sewing valet, a key, and letters and an account book belonging to Paul Revere’s grandchildren and daughter-in-law. 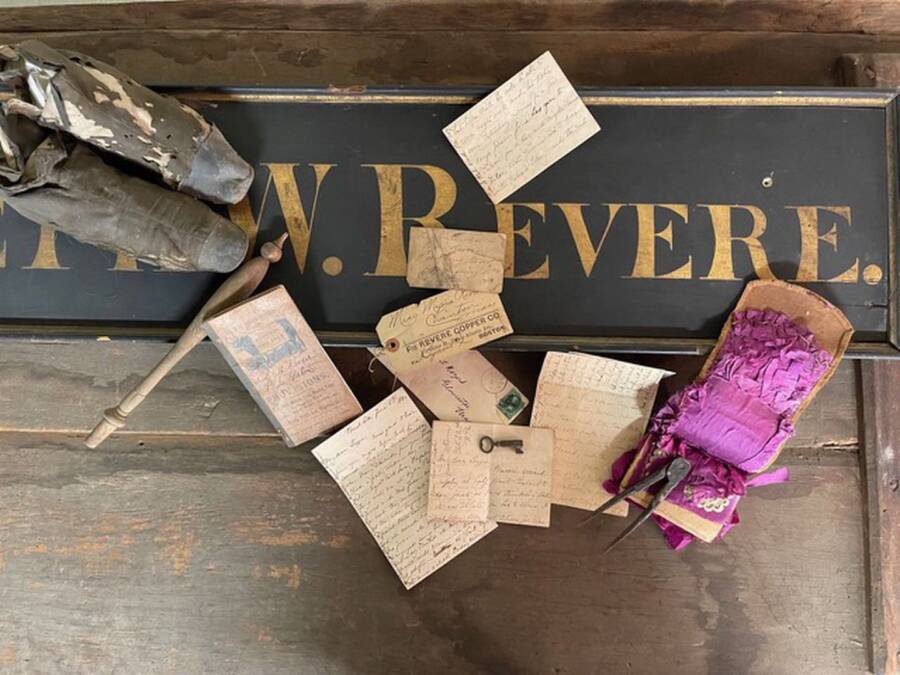 During renovations at an early 19th-century house in Canton, Massachusetts, workers unearthed a trove of personal items belonging to the family of Paul Revere.

According to The Boston Globe, the residence in Canton is believed to have once been owned by the Revere family. Paul Revere, who notoriously warned the colonial militia of approaching British forces on the eve of the American Revolution in 1775, lived in the town until he died in 1818. Only now have his family’s hidden treasures been found.

These included a trade sign bearing the name of Paul Revere’s son, Joseph W. Revere. According to ABC News, the artifacts also included an account book belonging to Paul Revere’s descendants, letters, a key, an iron caliper, and a silk and leather sewing valet. Auctioned off last weekend, the collection sold for $20,000. 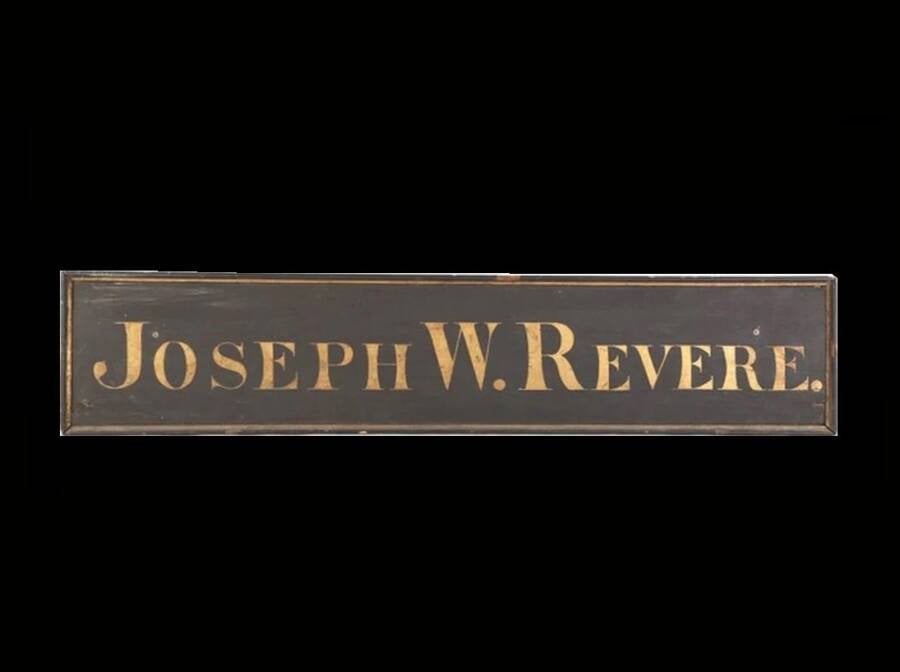 John McInnis AuctioneersThe trade sign belonged to Paul Revere’s son, who continued building on the land from 1845 to 1855.

According to Smithsonian Magazine, the site of discovery was 20 miles southwest of Boston in plain need of renovations. Purchased by Paul Revere in 1801, the property soon served as the grounds of his Revere Copper Company business.

Revere had famously been a member of the revolutionary Sons of Liberty group, which protested British occupation of American colonies — but was also an esteemed silversmith and engraver.

Perhaps most notable, the native Bostonian warned his fellow American patriots of the incoming British Army approaching Lexington and Concord in April 1775, which Henry Wadsworth Longfellow mythologized in his poem “Paul Revere’s Ride.” 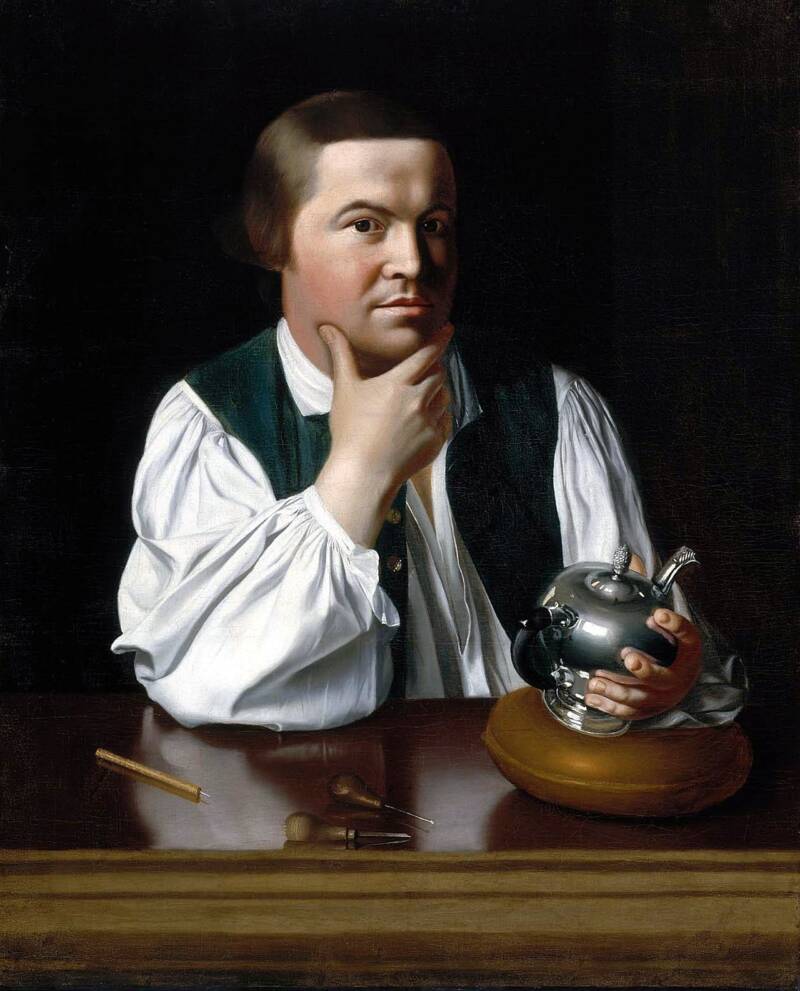 After serving as a militia commander in the Revolutionary War, Paul Revere returned to silver and coppersmithing, settling in Canton. When he died, his family continued the business and expanded their own on the property. This, McInnis says, is likely where his son’s sign would have been used to distinguish his own copper casting company.

According to Canton Citizen, the account book belonged to Revere’s daughter-in-law, Mary Robbins Revere, while the four letters belonged to his granddaughters, Maria and Elizabeth.

While McInnis was confident the items would draw in bidders, his company posted an estimated lot price between $1,000 and $2,000.

The Amesbury-based auction company launched bidding at 10 a.m. on Friday, Dec. 10, and closed after two days. With no individual purchases available, those interested in the Revere family artifacts had to commit to the whole lot — which yielded $20,000 when all was said and done.

Remarkably, McInnis himself anticipated that the collection wouldn’t yield more than $8,000. He estimated that the trade sign alone would have likely yielded no more than $500 to $5,000. With a black painted backdrop and gold leaf lettering, it certainly stood out — and spurred bids far higher than anyone expected.

“That’s what really made it is the things it was surrounded by,” said McInnis. “Provenance brought the value up.”

Today, the Paul Revere Heritage Site in Canton remains an accessible and worthwhile destination. In 1776, Paul Revere supervised workers who built a gunpowder mill on that Canton plot of land before purchasing it a quarter-century later and setting up shop.

Paul Revere was long gone when his son Joseph Warren Revere constructed two additional buildings out of the Revere Copper Company between 1845 and 1855. The brick Copper Rolling mill and wooden barn alongside it remain standing today.

Ultimately, if researchers are lucky, a whole slew of additional artifacts may soon be found as well.

After reading about the Paul Revere family artifacts sold at auction, learn about the $100 million worth of stolen artifacts received by the U.S. Then, read about Sybil Ludington, the female Paul Revere.