Long before thrill seekers flocked to amusement parks and adventure centers to catch the rush of jumping with elastic bungee cords strapped to their legs, the men of Pentecost Island, Vanuatu were practicing the ancient ritual of land diving.

An early precursor to bungee jumping, the island men construct wooden towers to leap off with just tree vines tied around their legs in a traditional community ritual and an important rite of passage for young men.

Land diving is conducted from April to June as part of an annual harvest ritual. There is also another practical reason for the timing – the vines only retain their elasticity when they are wet and full of sap, so the jumps can only be done after the wet season, when they can be sure they will be strong enough to hold the weight of the divers.

This dive has communal as well as personal significance. It is believed that a good dive will ensure a bountiful yam harvest for the coming year. In addition, it is an important ritual of manhood, and a rite of passage for boys.

Around age seven or eight, the time they are circumcised, boys complete their first dive and are considered to have passed from boys to men in the eyes of their community. Traditionally, only men are allowed to participate in the jump, but the women are permitted to watch and provide moral support. 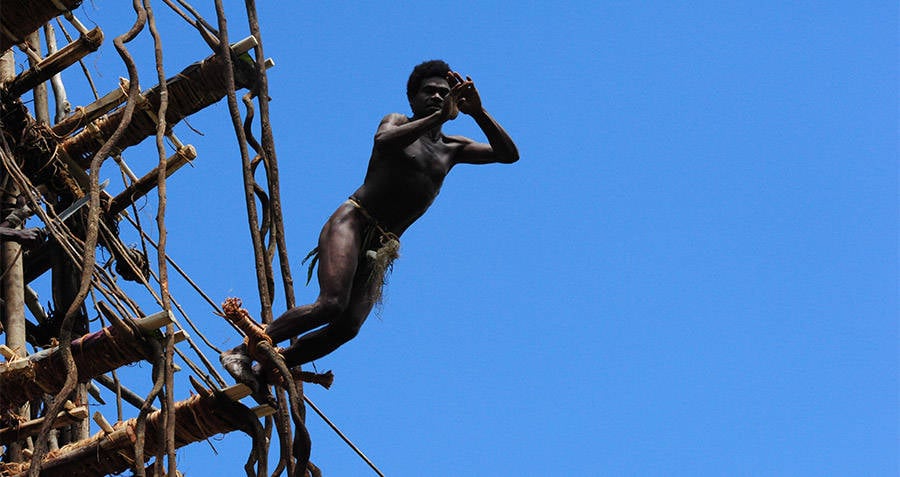 The men spend the month before the diving ritual living together in huts, constructing the complex wooden tower that they will jump from. Each tower is constructed with a variety of different diving boards placed at different heights for the younger and more inexperienced divers to work their way up.

During this period of preparation, they are not supposed to have any interaction with women, instead spending this time clearing and purifying their minds to prepare for the jump. They are also not allowed to wear any lucky charms during the dive, out of fear that doing so will actually result in a dangerous and potentially life-threatening dive. 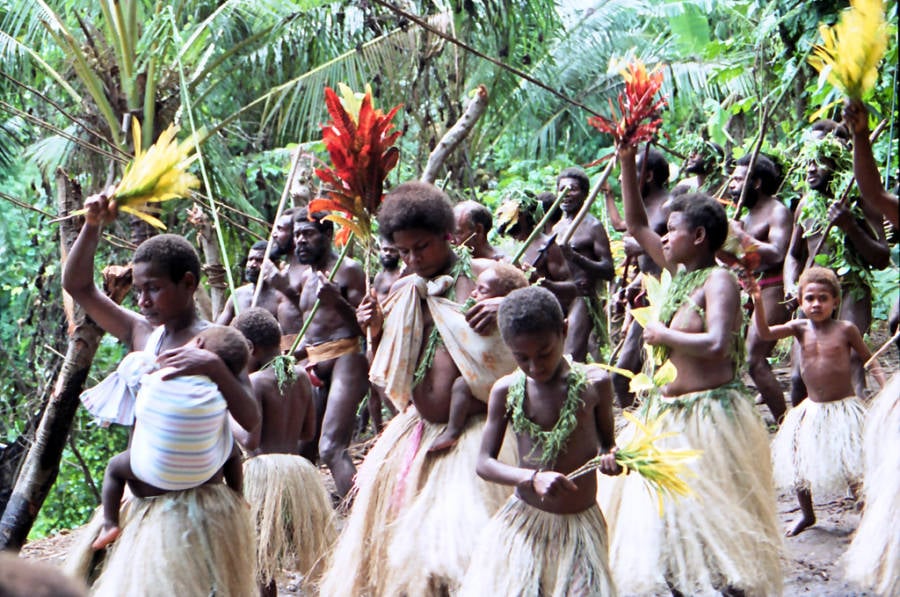 Wikimedia CommonsWomen and children provide moral support for the men who participate in land diving.

When it comes time to take the jump, each vine is meticulously selected by village elders to match the diver’s height and weight. The two vines are tied to the ankles of the diver, while the women and children below watch and cheer.

Once secured, the man crosses his arms over his chest and leaps from the wooden tower, aiming far enough to avoid hitting the tower on his way down. When he lands, usually with his shoulders or head grazing the ground, the other men go to ensure he is unharmed, untie the vines, and help him to his feet.

Although it has ancient origins, land diving has become a popular tourist attraction in recent years. As word of this particular ritual has spread, many interested tourists flock to Vanuatu to see the event, hoping to catch the land divers in action.

Adventure seekers often offer large sums of money to be permitted to take part in the dives themselves, although, due to the safety risks involved, they are often denied, or only permitted to jump from the lowest boards. Despite the outsider attention, the ritual remains, for the time being, an impressive feat reserved for the men of Pentecost Island.

Next, read about the man who holds the record for the highest skydive. Then watch how a Chinese daredevil’s crazy selfie stunt went wrong.