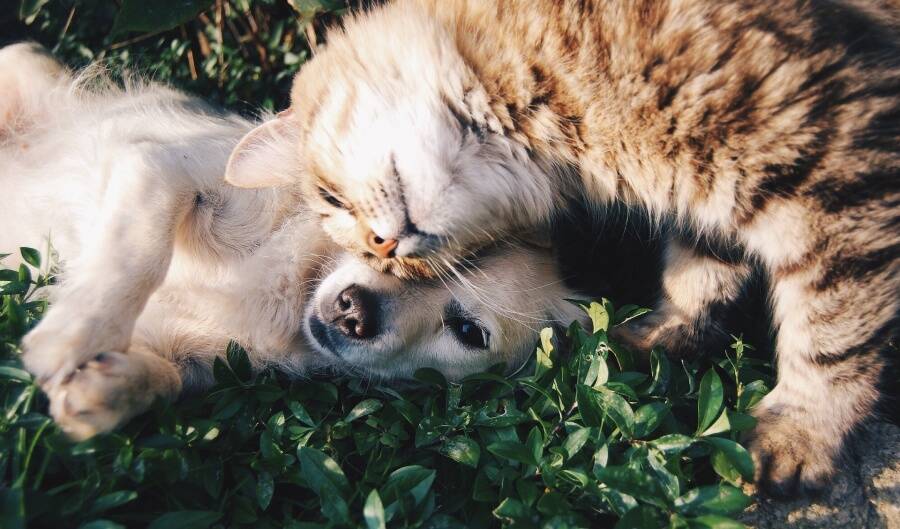 PixabayPETA says that the word “pet” is demeaning, insinuating our animals are inanimate objects instead of sentient beings.

The animal advocacy organization People for the Ethical Treatment of Animals (PETA) has come out with a new educational campaign that they argue will help promote better treatment of animals in our care. The biggest feature of the new campaign is pushing to change the words that we use, particularly the words “pet” and “owner.”

Instead, PETA is urging people to use the words “companion” to refer to domesticated animals and “guardian” when speaking of animal owners instead.

In a lively TV appearance on the UK news show Good Morning Britain, Jennifer White of PETA’s UK branch tried to defend the reasoning behind the organization’s most recent campaign which has sparked criticism after PETA President Ingrid Newkirk said the word “pet” was a derogatory term, likening it to how men might condescendingly call women “sweetie.”

“We don’t hate the word ‘pet,’ we’re just encouraging people to use a better word,” White said during her TV interview. “A lot of people at home who have dogs or cats will call them pets and refer to themselves as owners and this implies that the animals are a possession, like a car for example.”

But before White could finish her sentence, conservative British news anchor Piers Morgan, who hosts the UK show, yelled out in objection.

“Oh for God’s sake, you don’t really believe this do you?” Morgan asked incredulously. White, for her part, handled the host’s provocations fairly well. She added that referring to animals with words that imply they are inanimate objects “can reflect our treatment on these animals.”

White appeared alongside Nick Ede, a publicist and dog dad to his pup, Beverly, who said he disagreed with PETA’s campaign.

A PETA spokesperson was grilled on TV by British conservative host Piers Morgan.

“That’s not about their name, it’s about the education. That’s about bad ownership,” Ede argued during the heated discussion. “My issue with it is that [PETA is] known for doing some great activism and now you’re trivializing all the work you’ve done by basically changing, trying to change a name.”

Ede raised the point that promoting “ownership” can put forth the argument of explicit responsibility to care for the animals’ wellbeing, citing Michelle Obama and Oprah Winfrey as famous examples of responsible pet ownership.

“They talk about ownership as having some kind of care for something and taking responsibility. I have a responsibility for my dog,” Ede said. But the heated exchange didn’t stop there. Morgan, who has a reputation for hostility toward any political, social, cultural, or economic positions anywhere to the left of a topic’s rightmost edge, badgered White on PETA’s radical campaign, hardly allowing her a chance to make any counterarguments.

Words matter, and as our understanding of social justice evolves, our language evolves along with it. Here’s how to remove speciesism from your daily conversations. pic.twitter.com/o67EbBA7H4

In particular, Morgan made aggressive attempts to dismantle the laundry list of “anti-animal” phrases that the animal advocacy organization has also suggested the public change in their daily lexicon.

The revised phrasing is part of a new package of teaching materials PETA has released designed for elementary-school teachers who can use it as a guideline to bring more animal-friendly sentiments into their classrooms.

“The words that we use have the power to influence those around us. Unfortunately, many of us grew up hearing common phrases that perpetuate violence toward animals,” PETA wrote in the preface of the teaching materials. Of course, the mere suggestion of normalizing less anti-animal language to the public was enough to send the conservative British host over the edge. 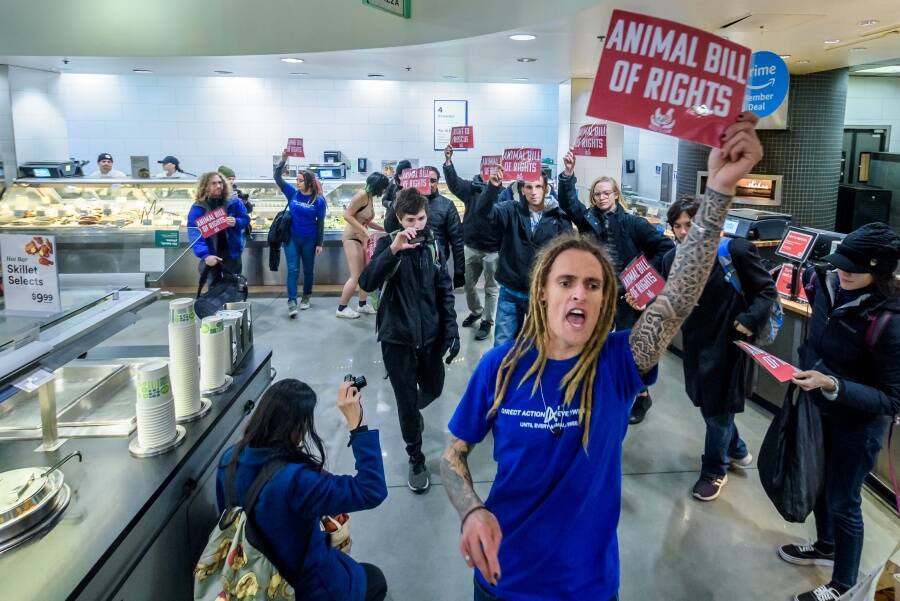 “We don’t have to go through the entire list because we will be here all day,” White said amid the host’s loud interruptions.

“Actually, we do,” Morgan countered. When at one point White tried to respond to an objection from Ede, Morgan interjected, adding, “No, it’s my show, you can answer my questions.” The interview, which was likely meant to explain and promote PETA’s uphill campaign seems to have only made things worse for the group as the backlash moved from the interview to the internet.

“Referring to an animal as a ‘pet’ or as ‘it’ reduces a sentient being with a personality and emotions to an inanimate object—a possession to be used in any way the ‘owner’ wishes,” PETA President Ingrid Newkirk wrote in a statement to People magazine.

“Contrary to some reports, we are not seeking to ban these words; we’re simply suggesting that it would be more respectful to refer to the animals in our homes as ‘animal companions’ and ourselves as their ‘guardians’ in the same way that all social movements concerned with cultivating respect have made appeals to stop using terms that are racist or sexist or that otherwise imply that the subject is less important than the speaker.”

PETA has a reputation of its own, of course, for rhetorical extremism in some of its campaigns. No doubt this history puts many on the defensive when dealing with PETA’s more benign advocacy, as well. So, like much of the organization’s past approaches, this latest controversy will soon subside but the animosity engendered on both sides is likely to linger. In the meantime, a pet-animal companion’s owner-guardian will continue using whatever language best represents their view of the relationship they have with the animals living with them.

Next, read about the vegan woman who sued her neighbors over the smell of grilled fish — and almost sparked a mass BBQ protest and how animal activists in Spain may have inadvertently killed 100 rabbits during a farm raid.