Jack London became so enamored with a dog he met while prospecting for gold in the Yukon Territory that he used their bond to create one of the 20th century's most iconic works of literature.

Jack London’s The Call of the Wild is one of the American literary icon’s most beloved works.

It was considered an innovative work of experimental fiction because it is told from the perspective of a domesticated Saint Bernand and Scotch Collie mix named Buck. The story follows Buck as he adventures through one of the last true frontier experiences in North America: the 1896 Klondike Gold Rush in the Yukon Territory of Canada.

In real life, London was one of the tens of thousands of men and women who braved that arduous Gold Rush. He used these experiences to write The Call of the Wild, but none more so than his encounters with the working dogs of the North — and one good boy he met there in particular.

The fictionalized story of Buck has once again been adapted to a film starring Harrison Ford. But before you see the new movie, be sure to read up on the true story of the dog from the beloved American novel.

The Dog That Inspired The Call Of The Wild 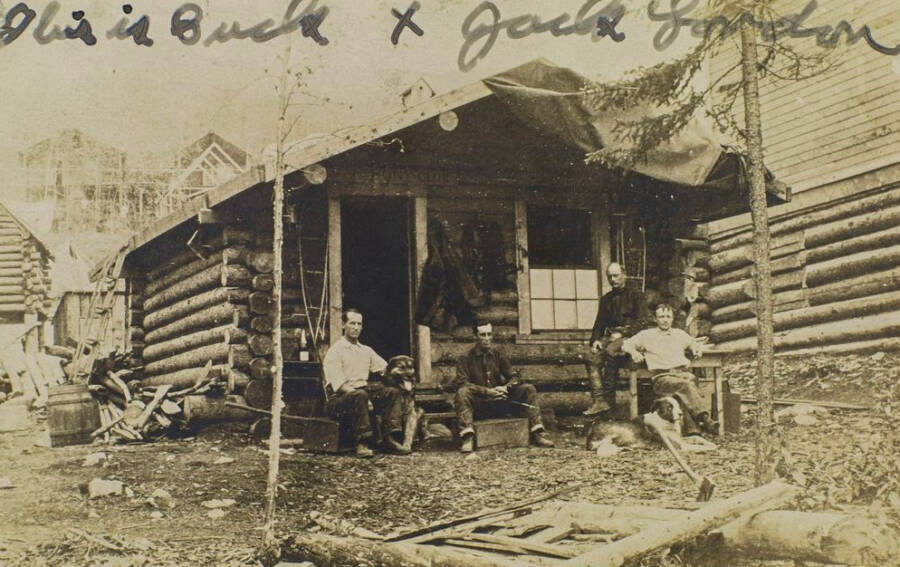 Jack London Collection / The Huntington Library/San Marino/CaliforniaA photo of the Bond brother’s cabin in Dawson City, Yukon Territory, Canada circa 1896-1898. The dog on the left is Jack, the dog that inspired Buck. The handwriting is London’s and it reads: “This is Buck x Jack London.”

Of the more than 100,000 prospectors who made the journey to the Yukon in search of gold, only about 30,000 of them managed to make it the 500 miles from Alaska to Dawson City, the epicenter of the Klondike Gold Rush. One of those prospectors was none other than Jack London.

London spent several months in Dawson City where he befriended a pair of brothers, Louis and Marshall Bond, who let him pitch his tent next to their log cabin. There, London befriend one of the Bonds’ work dogs who was also named Jack.

Marshall Bond once said of his dog that he “had characteristics of such fine excellence as to be called character. He had a courage that, though unaggressive, was unyeilding; a kindness and good nature that the most urbane man in the world might have observed with profit, and a willingness to do his work, and an untiring energy in carrying it out.”

A Meeting Of The Jacks

These noble characteristics didn’t go unnoticed by Jack London. The young adventurer was particularly drawn to Jack the dog, so much so that Bond observed:

“London liked these dogs, and particularly this one which I called Jack. His manner of dealing with dogs was different from anyone I knew, and I remarked it at the time with interest. Most people, including myself, pat caress, and talk in more or less affectionate terms to a dog. London did none of this.

He always spoke and acted towards the dog as if he recognized it’s noble qualities, respected them, but took them as a matter of course. It always seemed to me that he gave more to the dog than we did, for he gave understanding. He had an appreciative and instant eye and he honored them in a dog as he would in a man.”

After London was forced to leave the Yukon due to a serious case of scurvy in 1898, he turned his attention to building a writing career.

In only a few years, London’s writings had become a great success, and his biggest success had come thanks to that canine Jack he’d known for a few short months in the Yukon.

After the The Call of the Wild became a bestseller, Marshall Bond wrote to London asking about the similarity between his dog and Buck.

“Yes,” London replied. “Buck was based on your dog at Dawson.”

The Life Of A Dog In 19th-Century Yukon Territory 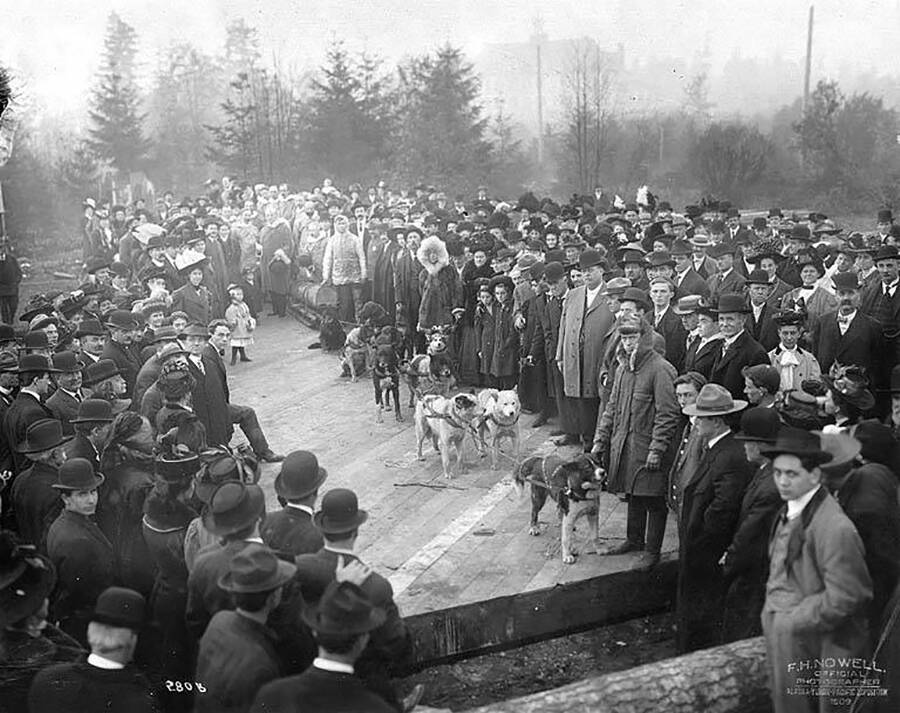 Special Collections/University of WashingtonThe ceremonial first log of a building for the Alaska-Yukon-Pacific Exposition is carried by a team of 11 dogs to the construction site.

Life for a working dog in Yukon territory was not much easier than it was for the humans who relied on them.

Dogs were better able to traverse the narrow and steep trails of the Yukon better than horses and mules, plus they were cheaper than these beasts of burden. Teams of sled dogs thus became the most popular and effective mode of transportation through the frozen wilderness.

In fact, dogs were so in demand during this time that the Canadian Northwest experienced a shortage of dogs. As such, the dog trade became a lucrative business in the Yukon and a single dog could go for $400 which is over $13,000 by today’s standard!

For at least 9,000 years, sled dogs have been used in subarctic regions for transportation, though less so these days. Probably the most famous real-life incident involving sled dogs was also the last: the 1925 serum run to Nome, Alaska.

The official trailer for 2020’s The Call of the Wild starring Harrison Ford and a CGI dog.

Then, teams of sled dogs and mushers relayed antitoxin serum over 600 miles from Seward, Alaska to the remote town of Nome, Alaska in just under 6 days to stop an incipient epidemic of diphtheria in 1925.

Now that you’ve read about the real-life dog that inspired The Call of the Wild Buck, read about Balto, one of the famous sled dogs who helped save the town of Nome from the 1925 diphtheria epidemic. Then, learn more about the Klondike Gold Rush through these fantastic pictures.