The recall was announced as a last-ditch effort to convince Canada to remove the garbage it illegally left at a Filipino port in 2013. 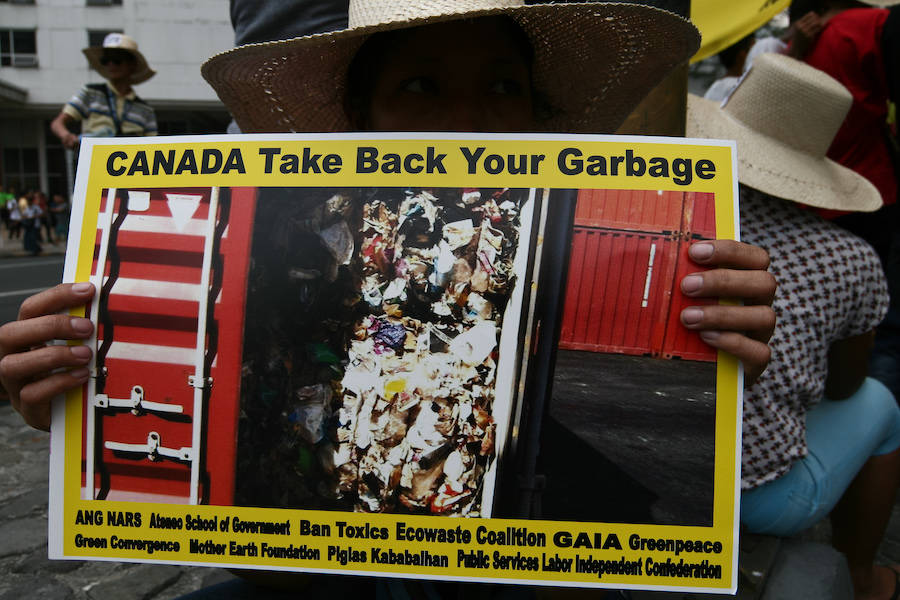 J Gerard Seguia/Pacific Press/LightRocket/Getty ImagesA protester holds a poster of the Canadian shipping container in the port of Manila.

The Philippines has been raising a stink over Canada’s unclaimed trash for years now. Canada has illegally dumped tons of its garbage at a port in the island country and now, the trash talk has escalated toward a possible severing of ties between the two countries.

According to Rappler, the announcement was first made on Twitter by Philippine Foreign Secretary Teodoro Locsin, who sent out an official recall letter to the country’s ambassadors and consuls.

“We shall maintain a diminished diplomatic presence in Canada until its garbage is ship bound there,” Foreign Secretary Loscin Jr. wrote.

The international dispute between the Philippines and Canada has been piling up for the last six years when a Canadian company shipped separate batches of roughly 103 containers mislabeled as plastics for recycling in a port near the capital of Manila. Both countries had reached an agreement that Canada would reclaim the trash and front the costs for its removal and shipment back to Canada.

Canada allegedly had until May 15.

In 2016, a Manila court ordered the private importers to ship the waste back to Canada, but not much was done. So far, of the 103 shipping containers that entered the Philippines, 34 containers have been disposed of locally.

Slow progress over the handling of the issue, which Philippine Customs Commissioner Rey Leonardo Guerrerro has attributed to the “bureaucratic red tape” in Canada, has soured things between Canada and the Philippines. Tensions were further heightened after Philippine President Rodrigo Duterte made public threats to “declare war” with Canada over the unclaimed trash.

“I’ll give a warning to Canada maybe next week that they better pull that thing out or I will set sail,” President Duterte said during a broadcast by RTVM.

“I will declare war against them. I will advise Canada that your garbage is on the way. Prepare a grand reception. Eat it if you want to … Your garbage is coming home.”

Following the recall of their Canadian ambassadors, Presidential Spokesperson Salvador Panelo spoke with the press.

“That recall shows that we are very serious in asking them to get back their garbage, otherwise we’re gonna sever relations with them,” Panelo said in a news conference.

Global Affairs Canada released a statement in response to the Philippines’ decision to pull their diplomatic envoys out of the country.

“Canada has repeatedly conveyed to the Philippines government its commitment to promptly ship and dispose of the Canadian waste in the Philippines,” the statement read. “Canada is disappointed by this decision to recall the Philippines ambassador and consuls general. However, we will continue to closely engage with the Philippines to ensure a swift resolution of this important issue.”

Environment Minister Catherine McKenna spoke out against Duterte’s war declaration, adding that the Canadian government was “very close to finding a solution.” 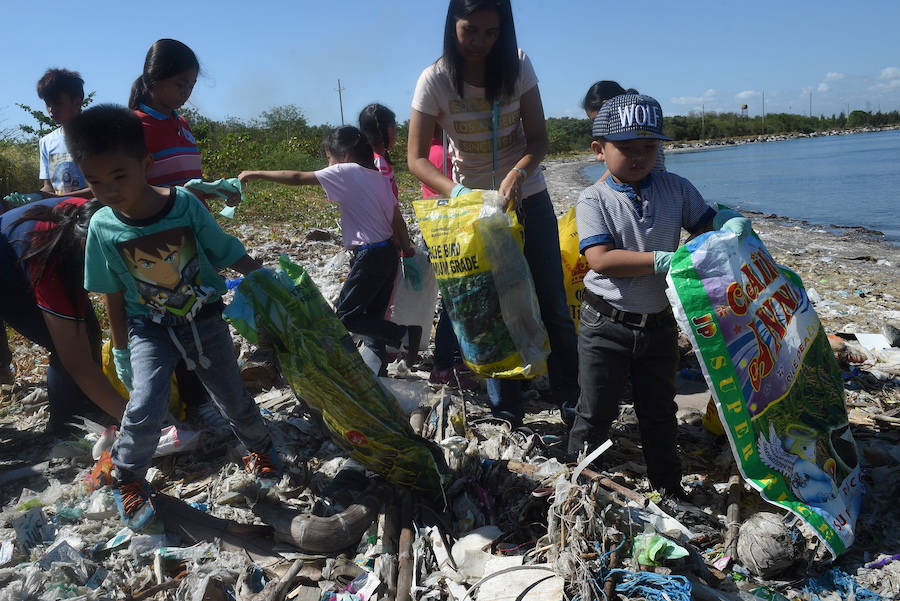 Ted Aljibe/AFP/Getty ImagesVolunteers, including children, pick up trash along the seashore during a clean up drive in Manila.

It seems that the Filipino government is nonetheless done with Canada’s empty promises. Not only has the mishandling of the trash problem likely compromised the relationship between the two nations, but it could also very well be illegal.

Canada falls under the United Nations Basel Convention, an international environmental agreement to stop countries from shipping garbage to developing countries without their consent. Canada’s negligence in this matter with the Philippines is likely a direct violation of the convention.

Others have interpreted the Canadian government’s inaction in other ways.

“Whether it is a legal issue for Canada or not, it’s a moral issue,” National Democratic Party Parliament Member Gord Johns said. He added that the incident has become a shameful blemish on the country’s reputation.

Waste disposal has become an increasing concern and not just for the Philippines and Canada, but for the rest of the world, too.

The U.S., for example, had been shipping the bulk of its recycling to China to supply China’s booming industrial market. China paid a pretty penny for tons and tons of recycled trash from the U.S. to obtain raw materials. Anything that was unusable, such as contaminated glass or bottles, was disposed of on their end.

But in recent years, China has put tougher restrictions on its imports of certain recyclables.

According to The Mercury News, the country has banned 40 different types of solid waste, including motors and wires. They will ban another 16 types in the future including some forms of stainless steel.

Since China’s diminishing role as the world’s bulk trash buyer, a lot of the waste produced from the U.S. has been sold and funneled to other developing countries with less stringent restrictions than China. Countries like Vietnam, Indonesia, Thailand, and Taiwan, are now buying up U.S. recyclables.

But as environmental issues continue to take center stage internationally, these countries are also expected to impose more restrictions on the kinds of waste that they accept from abroad in the future.

Next, read about the Great Pacific Garbage Patch which is now three times the size of France. Then, learn about Mr. Trash Wheel, the solar-powered water wheel that has removed 1 million pounds of trash from Baltimore’s waterways.