21 Amazing Photos Of Earth From Space

These gorgeous pictures of Earth from space present our planet's colorful, bizarre geography from a stunning new perspective.

In these images taken by both satellites and astronauts living on the International Space Station, Earth’s strange and colorful terrain comes into focus from a fascinating new perspective. From the Sahara desert to coral reefs off the coast of Africa, the most beautiful places in the world look positively alien as seen from space.

Still, our planet remains a work of art whether it’s covered in ice or preparing for a hurricane. Here are 21 stunning pictures of Earth from space that prove just that: 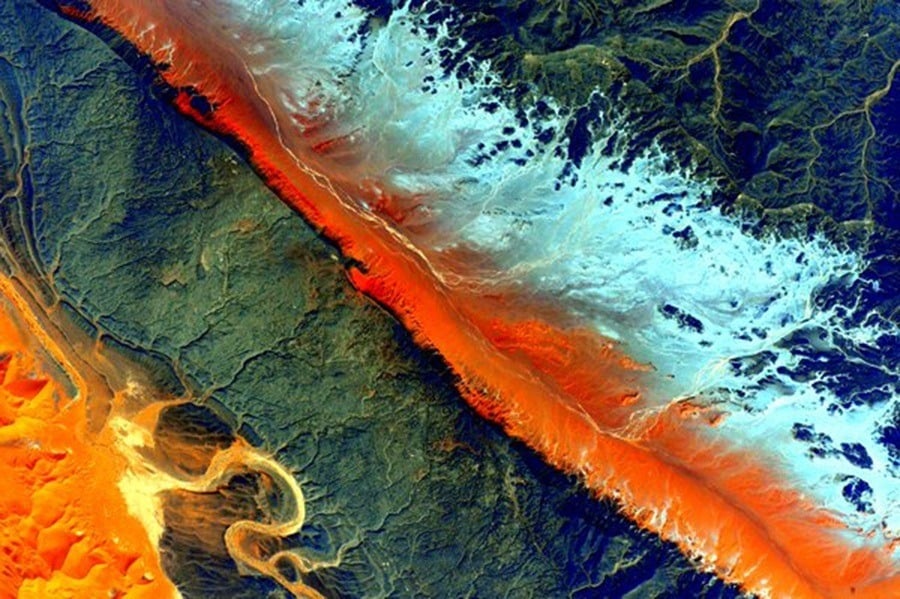 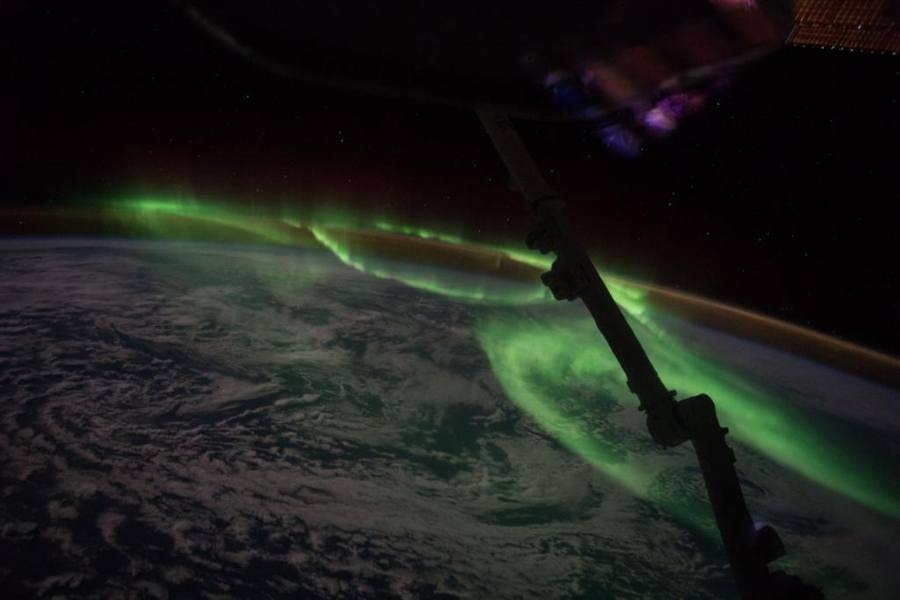 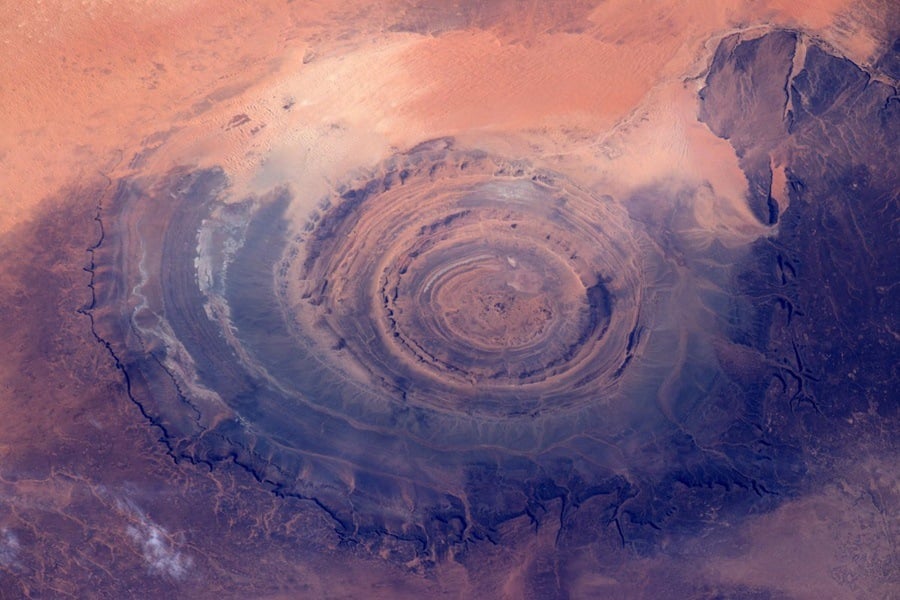 Williams also shared this photo of the Richat Structure, an enormous eroded dome in the Sahara, to Twitter on June 30, 2016. Jeff Williams/Twitter 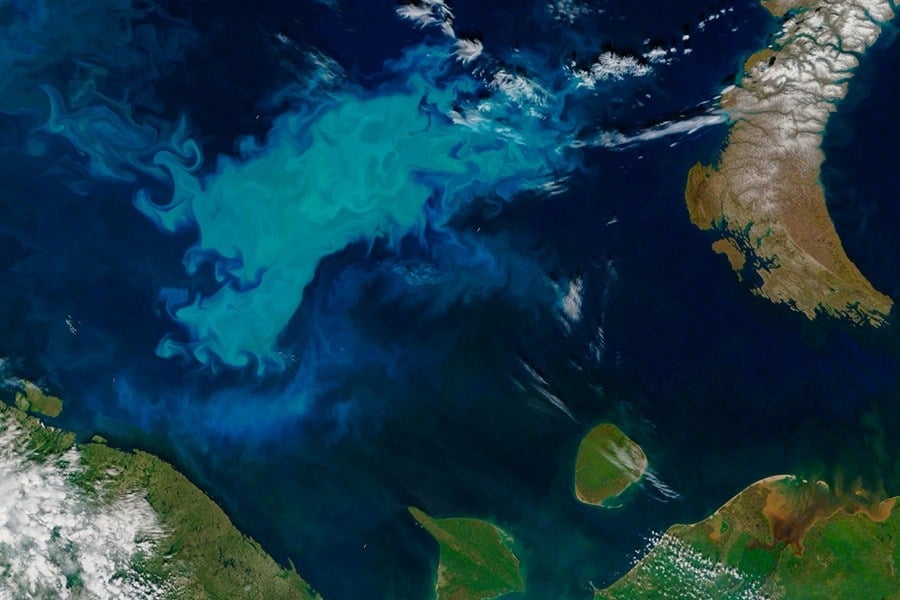 On July 6, 2016, the Moderate Resolution Imaging Spectroradiometer (MODIS) on NASA's Terra satellite captured this image of phytoplankton in the Barents Sea. NASA 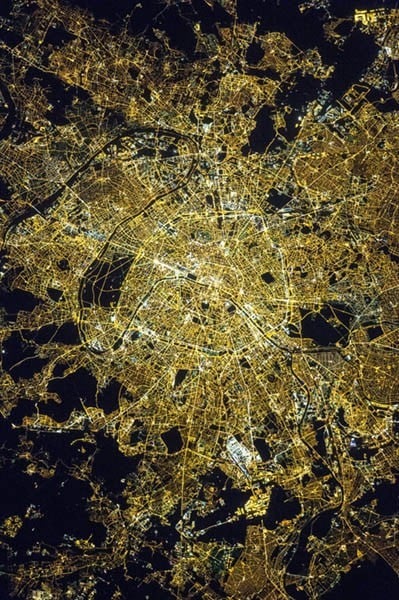 On April 8, 2015, astronauts on the International Space Station captured this photo of Paris at night. 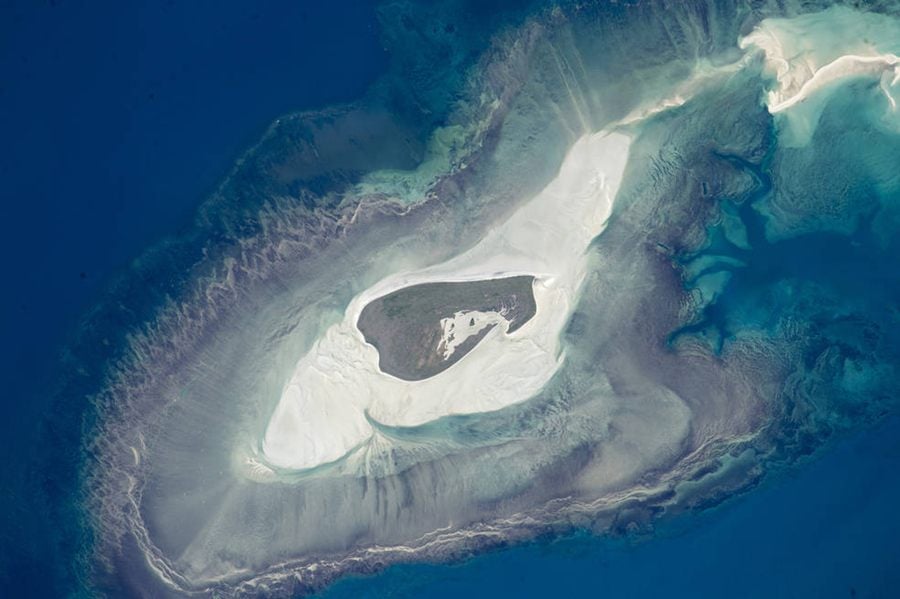 Astronauts aboard the International Space Station took this picture of Adele Island (off the coast of Australia) on June 11, 2015. NASA 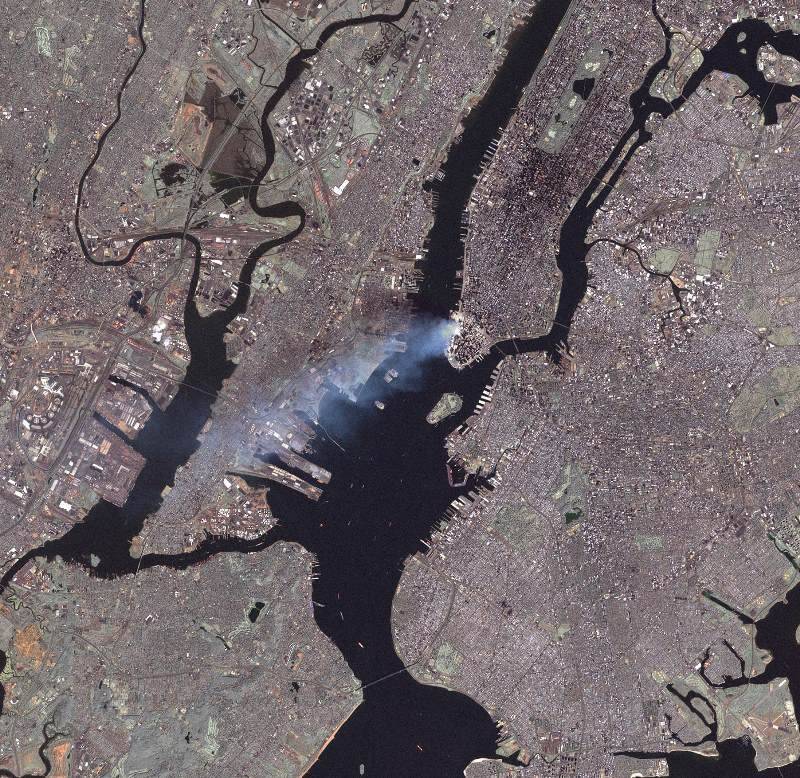 The plume from the September 11th attacks in New York as photographed from space by NASA. 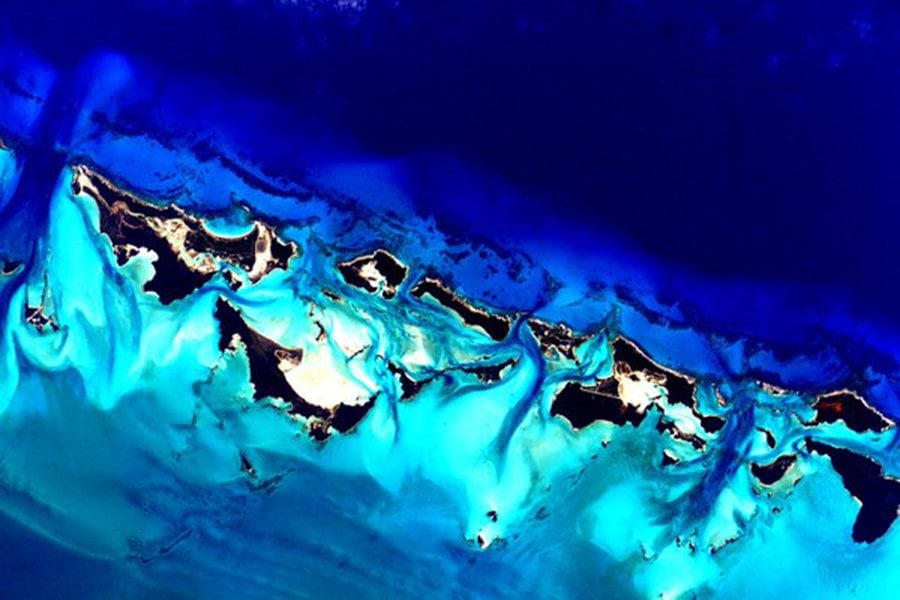 Scott Kelly shared this photo of the Bahamas on Twitter on January 19, 2016. Scott Kelly/Twitter 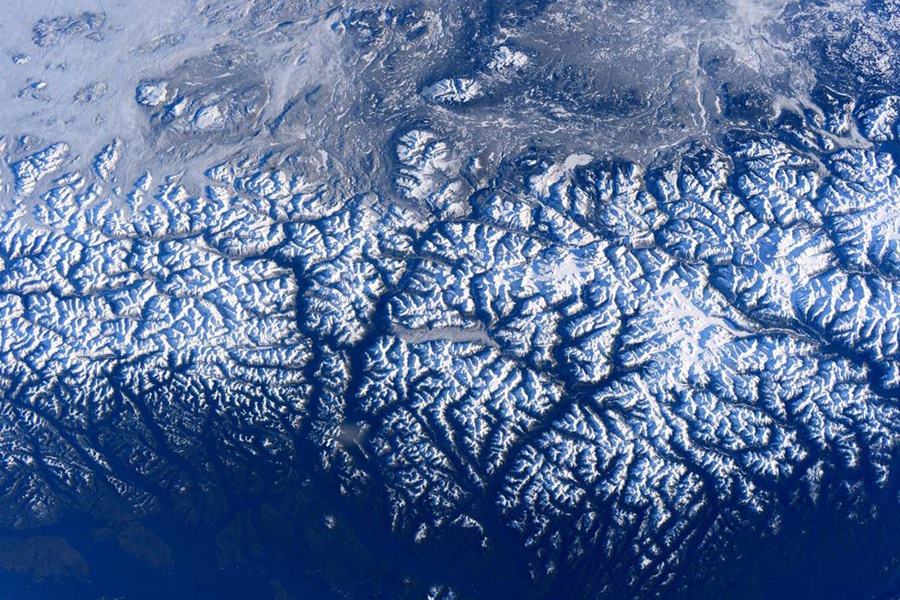 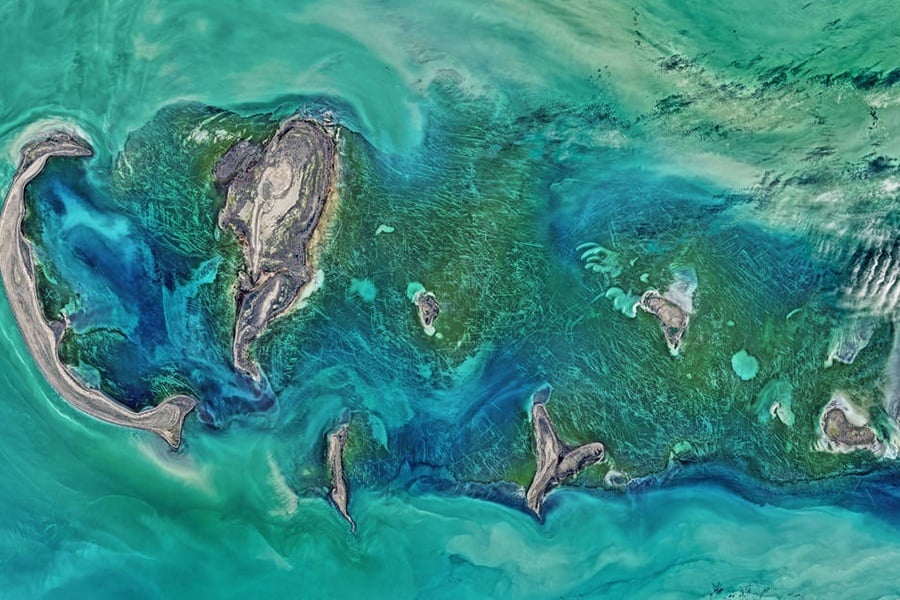 The Operational Land Imager (OLI) on NASA's Landsat 8 satellite took this photo of gouges left by ice in the Caspian Sea.NASA 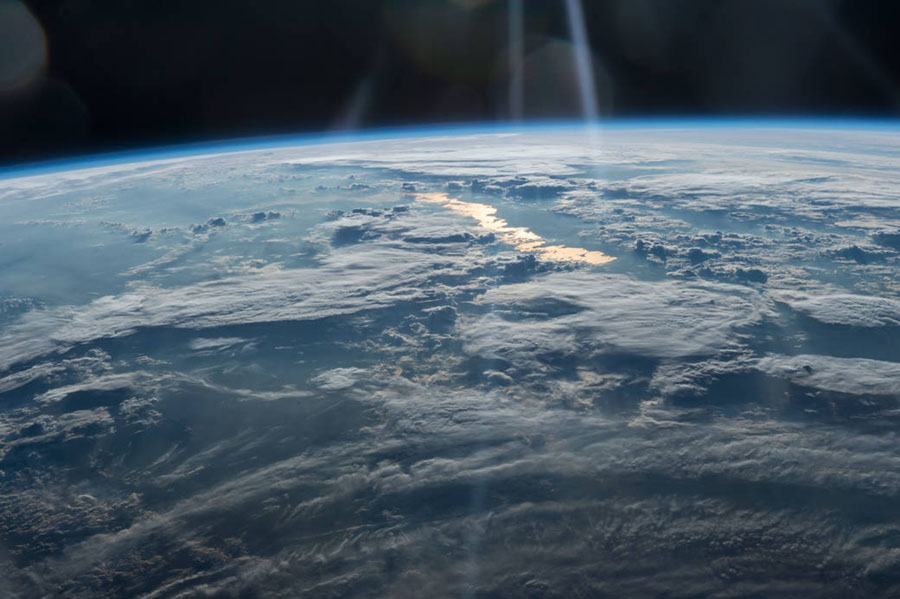 On May 31, 2016, the Expedition 47 crew aboard the International Space Station took this photo of beams of light shining over central Asia. NASA 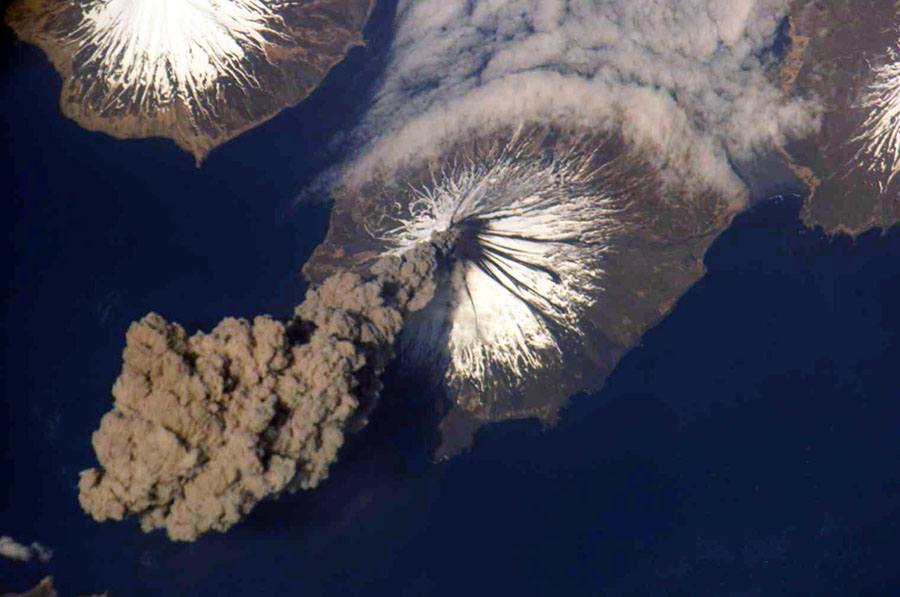 The Cleveland volcano in Alaska's Aleutian Islands erupting on May 23, 2009.NASA via Getty Images 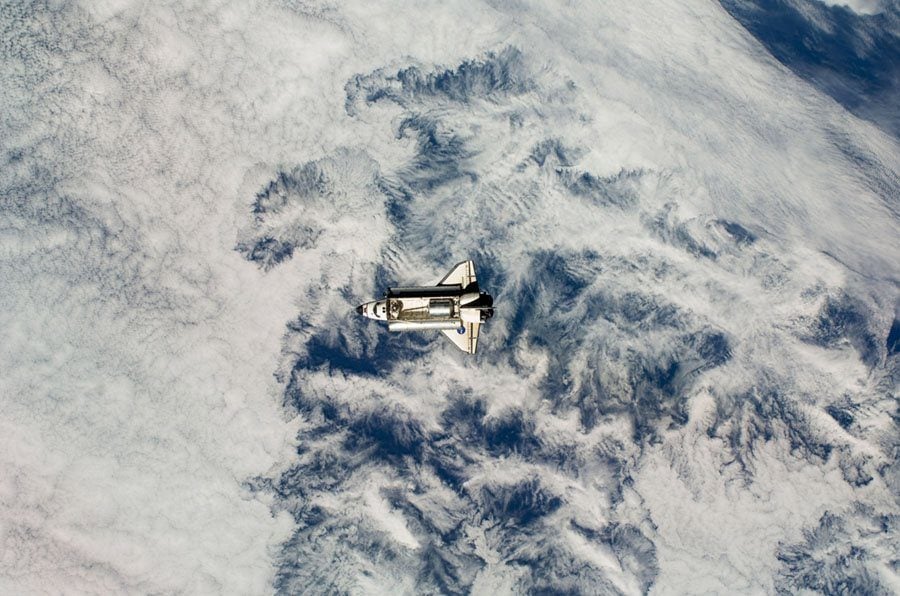 The space shuttle Endeavour prepares to dock with the International Space Station on November 16, 2008.NASA via Getty Images 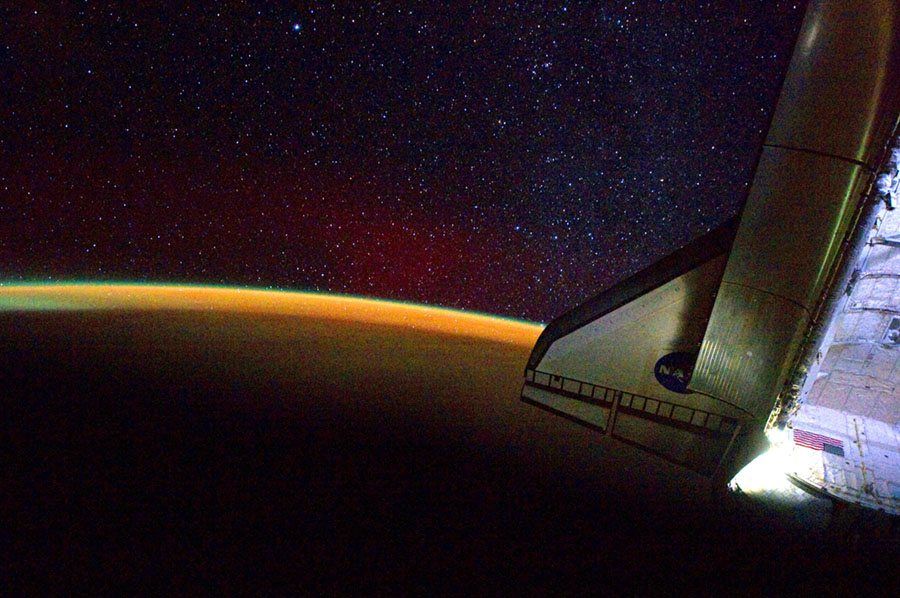 Earth's atmosphere against a starry night sky, along with a wing of the Endeavour space shuttle, can be seen in this photo taken on May 28, 2011. NASA via Getty Images 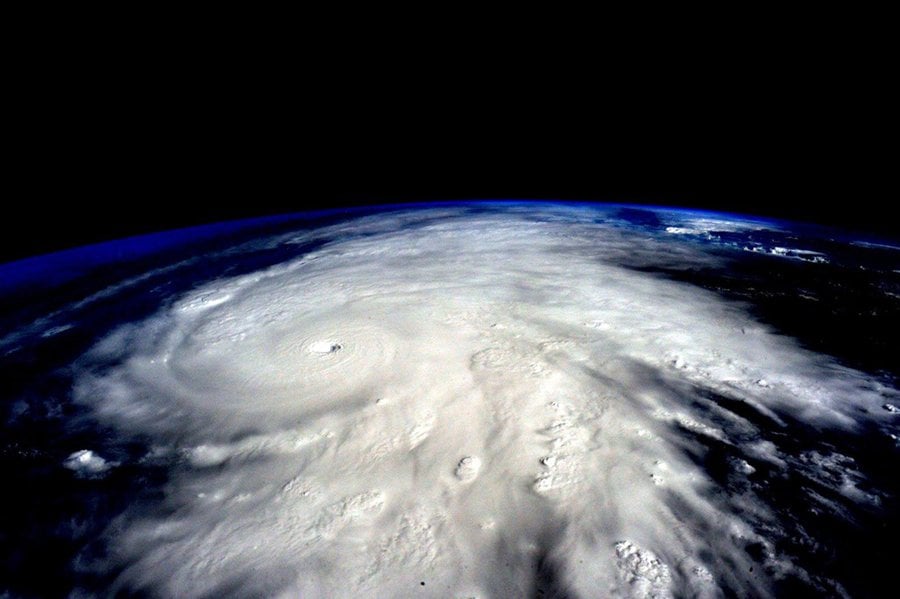 Scott Kelly took this photo of Hurricane Patricia gathering over Mexico from the International Space Station on October 23, 2015. Scott Kelly/NASA via Getty Images 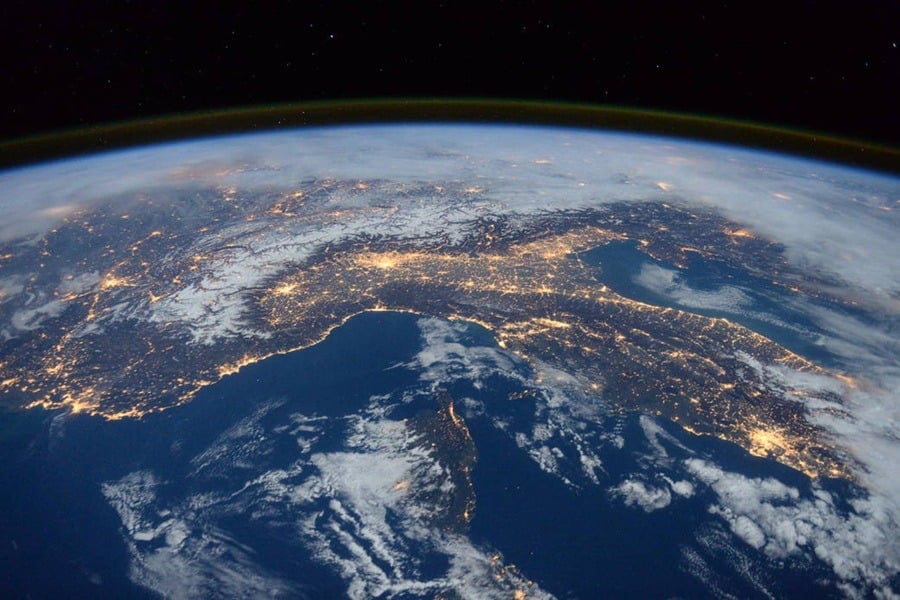 Astronaut Tim Peake took this photo of the Mediterranean lit up at night on January 25, 2016. NASA/ESA/Tim Peake 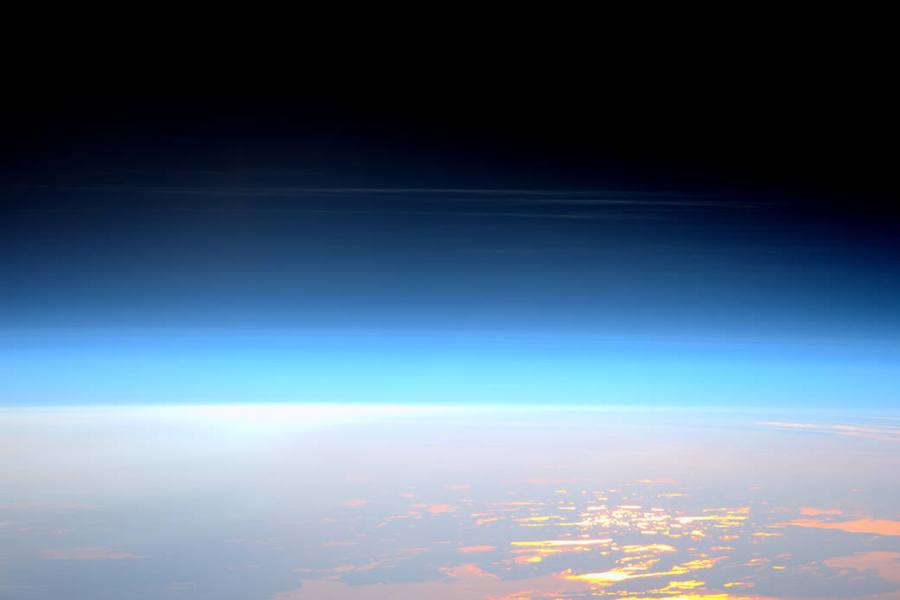 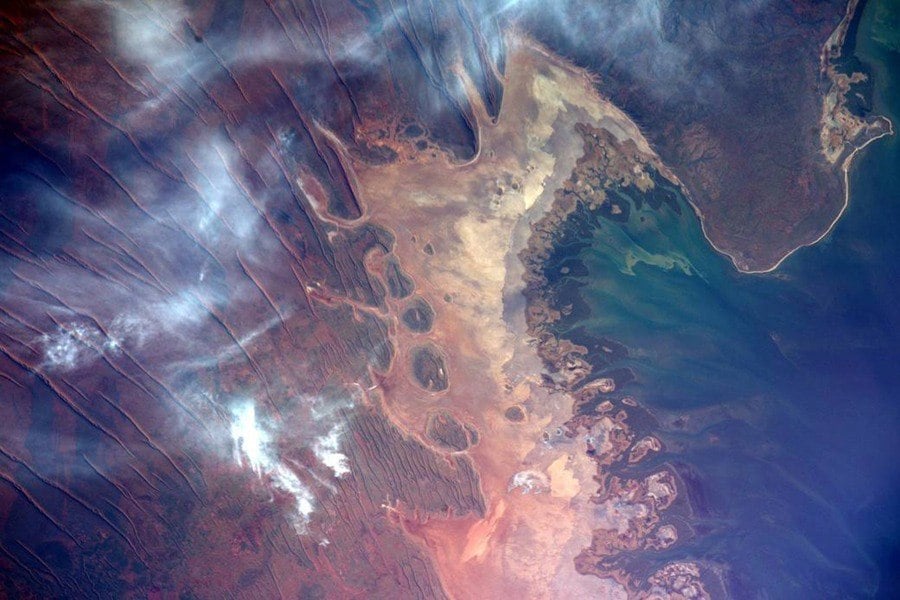 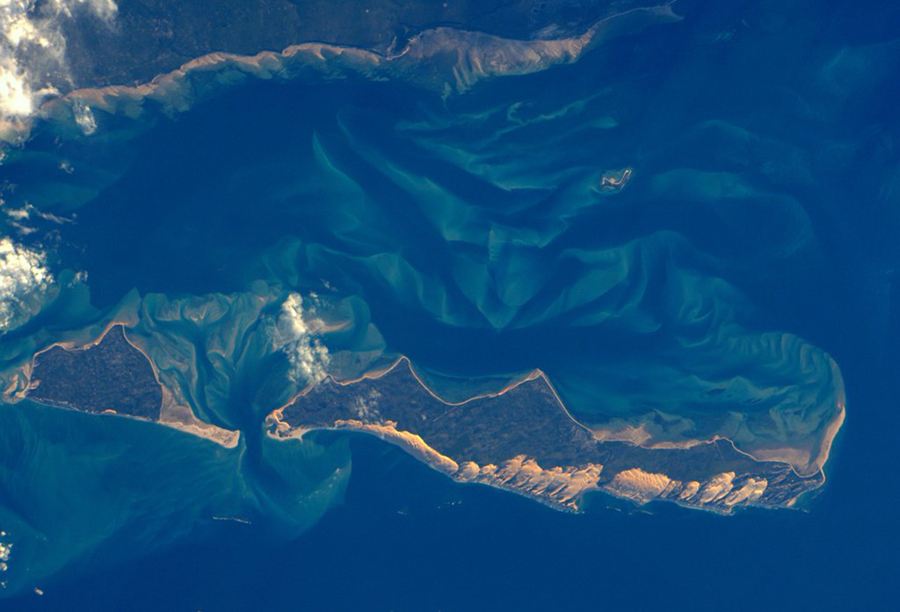 Tim Peake posted this photo of coral reefs off the coast of Mozambique to his Twitter on May 29, 2016. Tim Peake/Twitter 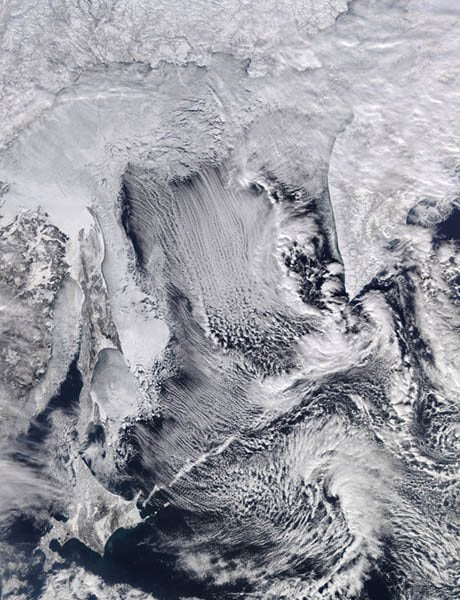 The Moderate Resolution Imaging Spectroradiometer (MODIS) on NASA's Aqua satellite took this photo of clouds and ice over the Okhotsk Sea on February 8, 2016. NASA/LANCE/EOSDIS MODIS 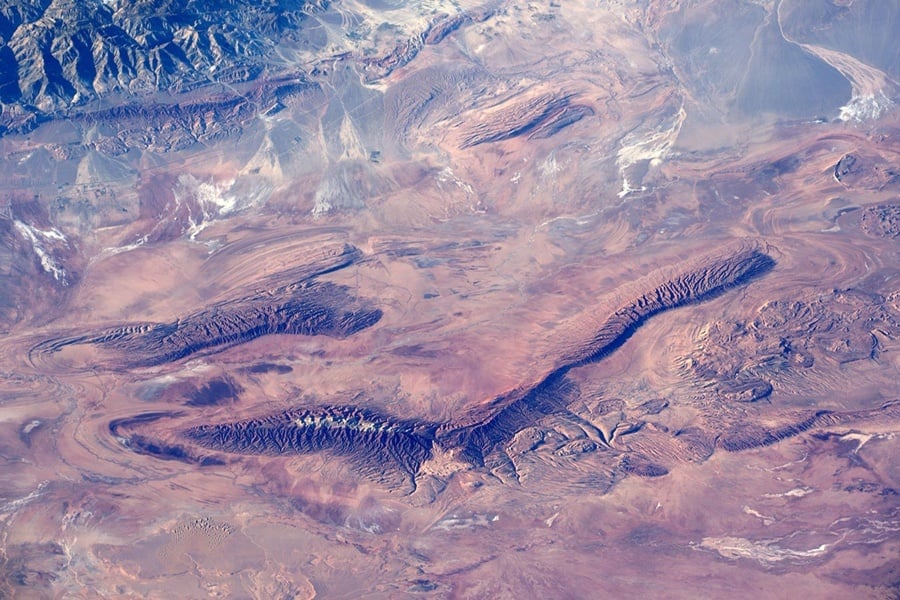 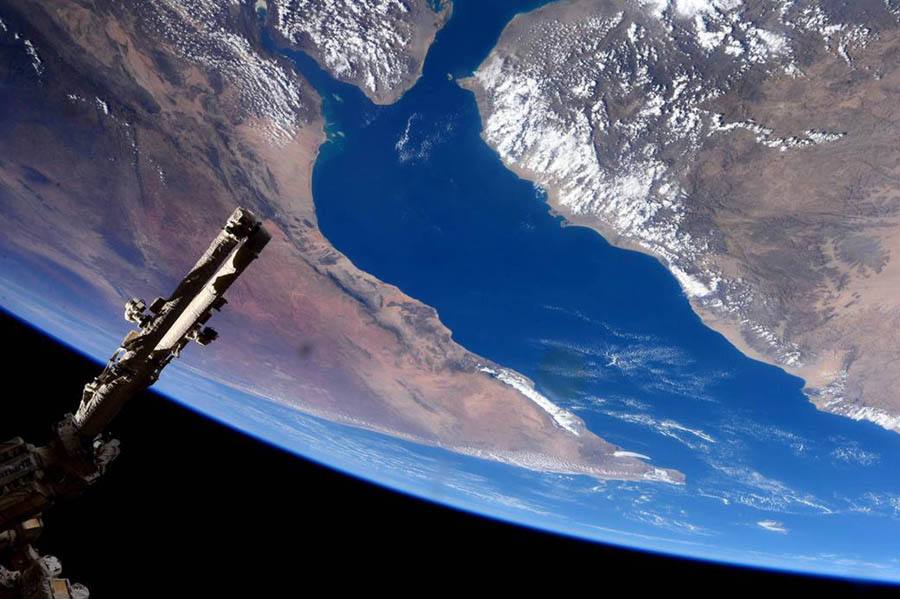 After seeing these captivating pictures of Earth from space, check out some of the best photos that astronaut Scott Kelly took from space. Then, enjoy 25 vintage Apollo photos that place you at the scenes of some of NASA's most important moments.