The pitcher plant might not be as well known as the venus fly trap, but this carnivorous plant is just as carnivorous – perhaps even more so. 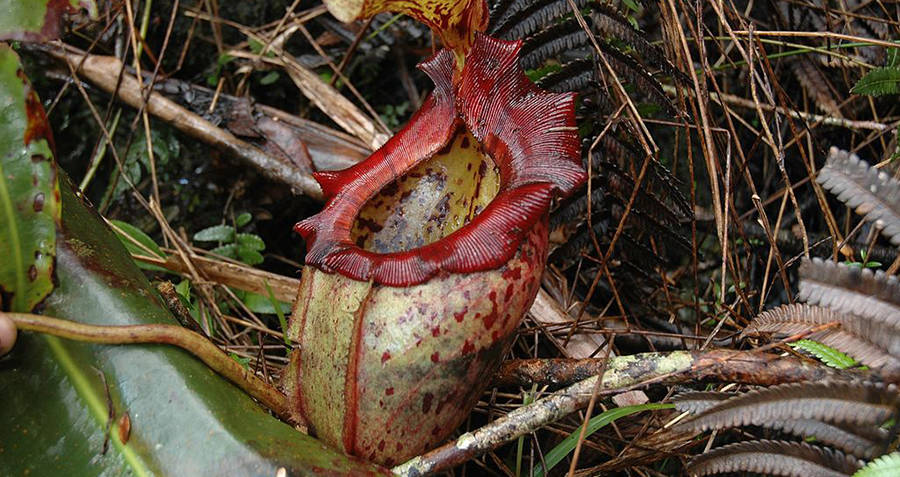 As far as plants go, unless you’re a botanist, you’re not going to know many exotic plant species off the top of your head. You may, however, recognize some of the more unusual ones, such as the corpse flower, a giant flower that smells like rotting flesh as it blooms; or the venus fly trap, a spindly plant known for snapping flies out of the air and chowing down on them.

There is, however, one exotic plant that is truly the stuff of nightmares for many a small creature. Like the venus fly trap, it’s a carnivorous plant, and like the corpse flower, it’s a large one. This one is so large, though, that it can eat rodents whole. It’s informally known as the pitcher plant, of which there are several different varieties. Perhaps the best known is Nepenthes rajah. 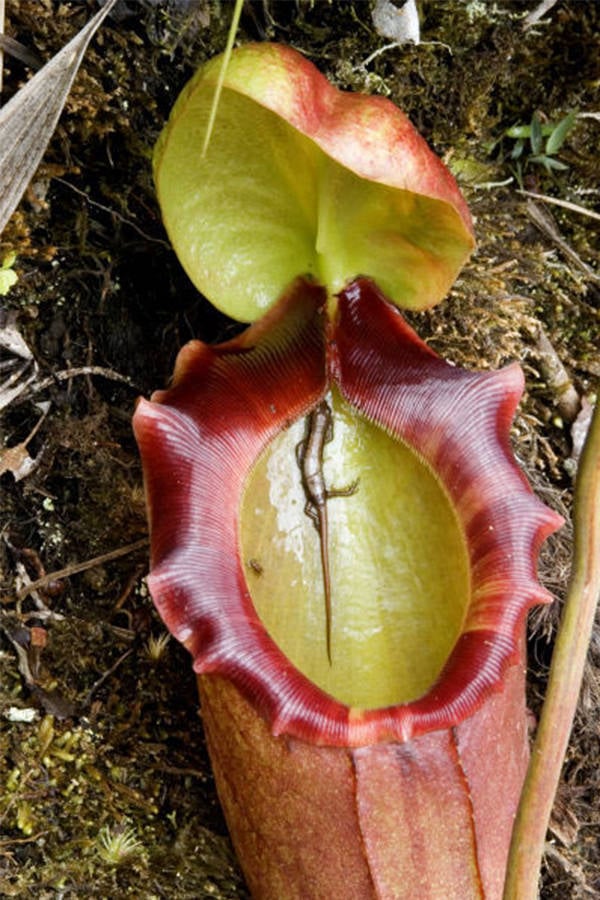 Wikimedia CommonsA pitcher plant with a partially-digested lizard inside.

Though its name is anything but intimidating, Nepenthes rajah packs a punch.

Standing between 16 and 20 inches tall, the plant isn’t immediately as ferocious looking as it really is. The stem contains several large green leaves, and a large red hollow protrusion at the bottom – the pitcher – which is covered by a leaf that acts as a lid. The pitchers usually hang on the ground, though in a few rarer species, the pitcher is suspended above the leaves.

The lid-leaf acts as a covering to stop rainwater from entering the pitcher and contaminating the contents. The pitchers are covered in long fringed wing-like filaments that act as guides for the plant’s prey, to help it find the mouth of the pitcher.

The Nepenthes rajah pitcher itself is the main attraction of the plant. Roughly five inches in diameter and at least twice as long, the pitcher can hold up to 2.5 liters of digestive fluid, a clear, water-like substance. The rim of the mouth is covered in spines that point inward, which makes falling into the plant easy, but climbing out pretty hard.

That is, if the prey is able to climb out at all. In addition to the spines and slippery walls of the pitcher, the digestive fluid is not easy to escape. Within moments the fluid will immobilize the prey, and slowly begin to dissolve its flesh.

So, What Does A Pitcher Plant Eat? 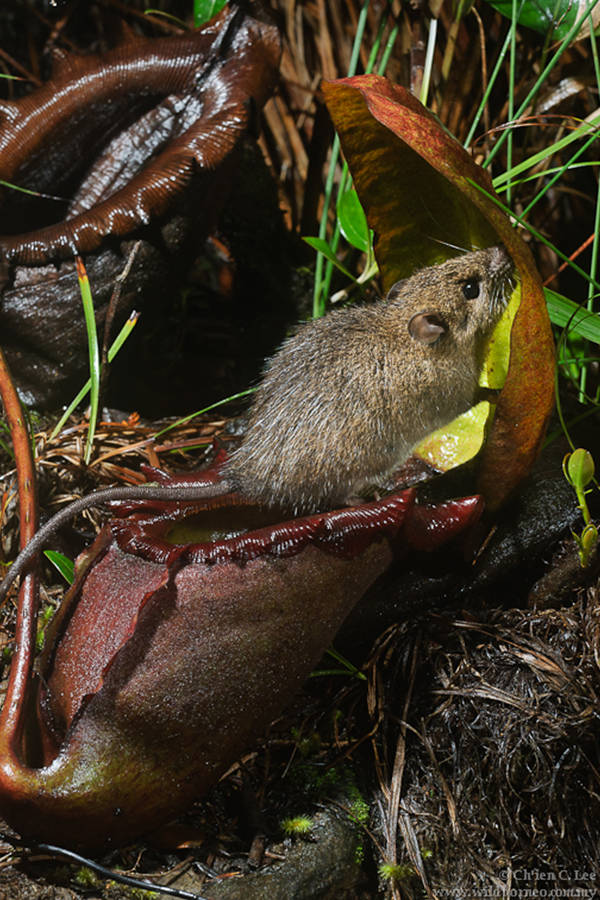 Though its opening is relatively small, the pitcher plant will eat just about anything that falls into it. Its prey of choice is usually insects, as those are most common in its warm jungle habitat. Occasionally it will devour larger invertebrates such as slugs and tarantulas, but the real nightmares are the other things that have been found in the pitcher plant’s pitcher.

There is, however, one little mammal that is safe from the pitcher plant. The mountain treeshrew, a small mouse-like creature, has managed to form a symbiotic relationship with the pitcher plant over time, that benefits the both of them – and keeps the treeshrew safe from becoming dinner.

While the pitcher holds the digestive fluids, the lid of the pitcher holds a sweet nectar which the mountain treeshrew eats. Coincidentally, the distance from the mouth of the Nepenthes rajah pitcher to the part of the lid that releases the nectar is exactly the length of a mountain treeshrew’s body, making them extremely well equipped to get to it.

Other species of pitcher plants have similar relationships with similar small rodents.