The carcasses of the two giraffes belonged to a mother and her calf. The remaining white giraffe has not been seen for some time. 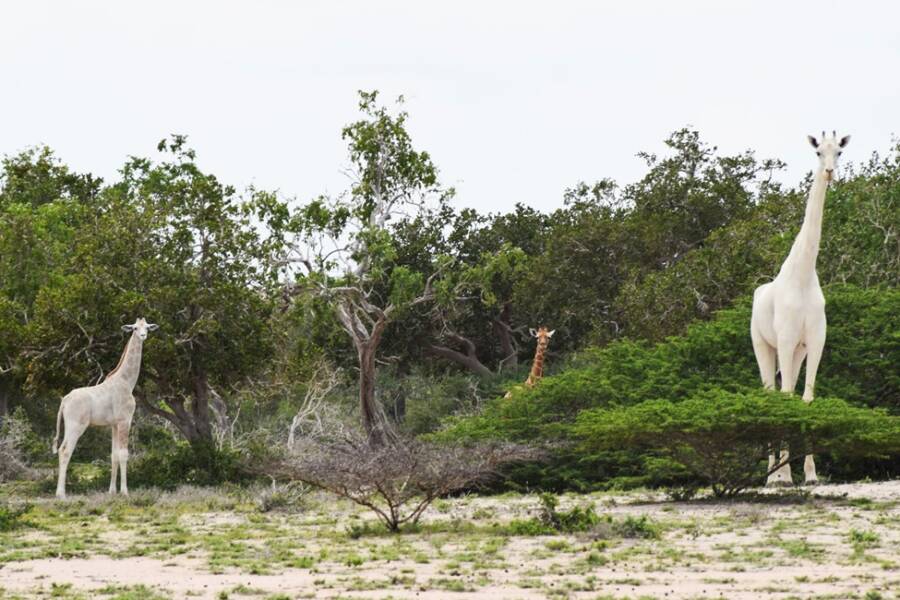 Illegal poachers in Kenya killed two of the world’s last white giraffes: a mother and her calf.

According to CNN, conservators at the Ishaqbini Hirola Community Conservancy (IHCC) in northeastern Kenya grew concerned when they noticed that they had not spotted the small unit of rare white giraffes that were living in the sanctuary for some time. They consequently called in Kenya’s Wildlife Service.

Investigators were shocked when they found the skeletal remains of two of the park’s white giraffes. Their carcasses were later identified as the adult female and her seven-month-old calf.

“Its killing is a blow to the tremendous steps taken by the community to conserve rare and unique species, and a wake-up call for continued support to conservation efforts,” Mohammed Ahmednoor, the manager of IHCC said in a statement.

“We [residents of Ijara] are the only community in the world who are custodians of the white giraffe.”

According to park officials, the condition in which the two carcasses were found suggests that the animals had likely died about four months ago.

Although there has been some debate about exactly how many white giraffes still inhabit the sanctuary, the deaths of these two are no less upsetting, especially considering the fact that the only other known white giraffe is the dead female’s older son. 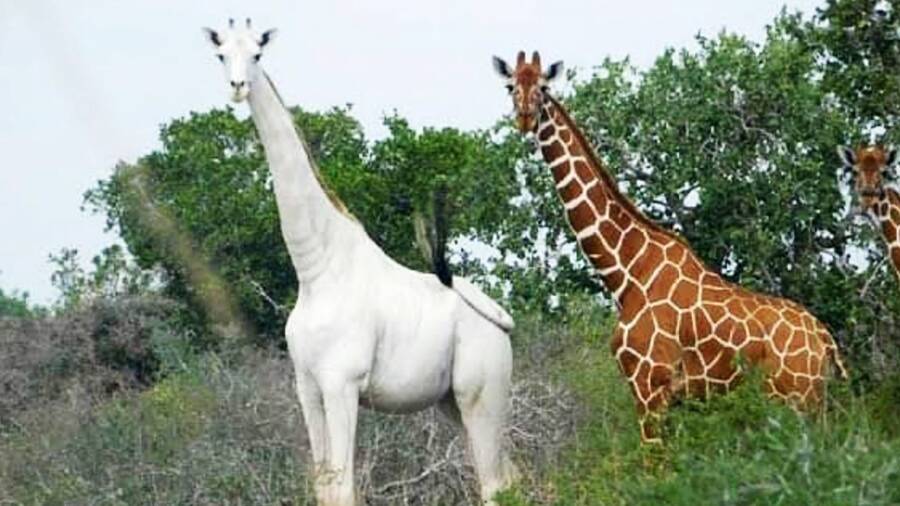 Sky NewsSo far, the rare breed has only been found at the Ishaqbini sanctuary and in another park in Tanzania.

The mother and calf first surprised the world when they were spotted grazing together among the park’s bush by a local villager three years ago.

“This is a very sad day for the community of Ijara and Kenya as a whole,” Ahmednoor said.

The female white giraffe, for instance, had dark eyes.

Spotting a white giraffe is extremely rare. So far, these animals have been found to exist only in two places: the IHCC and the Tarangire National Park in Tanzania where a white giraffe was found living there in 2015.

Not only are these deaths an environmental loss, but they also pose a threat to the local economy which relies largely on wildlife tourism.

These white giraffes have been a major draw for visitors to the conservancy. That first appearance of the mother and her calf a few years ago immediately went viral and the giraffes were consequently covered in major news outlets like National Geographic, the Guardian and USA Today.

The tragic slaying of mother and calf is also a lost research opportunity.

“This is a long-term loss,” Ahmednoor asserted. “Given that genetics studies and research which were significant investment into the area by researchers has now gone down the drain.”

The white giraffes made their worldwide debut when a spectator caught the mama and her baby in the IHCC.

Giraffes are the tallest land animals on Earth, growing up to 18 feet or over from the ground to their horns. They thrive in a variety of habitats, from desert to woodlands, and live up to 15 years — though the oldest giraffe ever recorded in the wild was 30.

Their population is on a rapid decline, the nature of which was dubbed by experts as a “silent extinction” caused by rampant trophy hunting.

According to the African Wildlife Foundation, the number of giraffes in the wild — which includes those living in sanctuaries and other parts of northeastern Kenya — has severely declined by at least 40 percent in the span of decades.

There are more than 62,000 adult giraffes estimated to be living in the wild today.

Giraffe calves are especially vulnerable. While they can already reach up to six feet when they are but a few months old, baby giraffes are still easy prey for predators like lions and hyenas. Only about half of the calves born in the wild survive through their first year of life.

With all that in mind, this latest slaying appears all the more disturbing.

Next, read the horrific story about a woman who killed a rare black giraffe and turned it into a gun bag and throw pillows and take a look at the rare photos of the first albino panda discovered in the wilds of China.