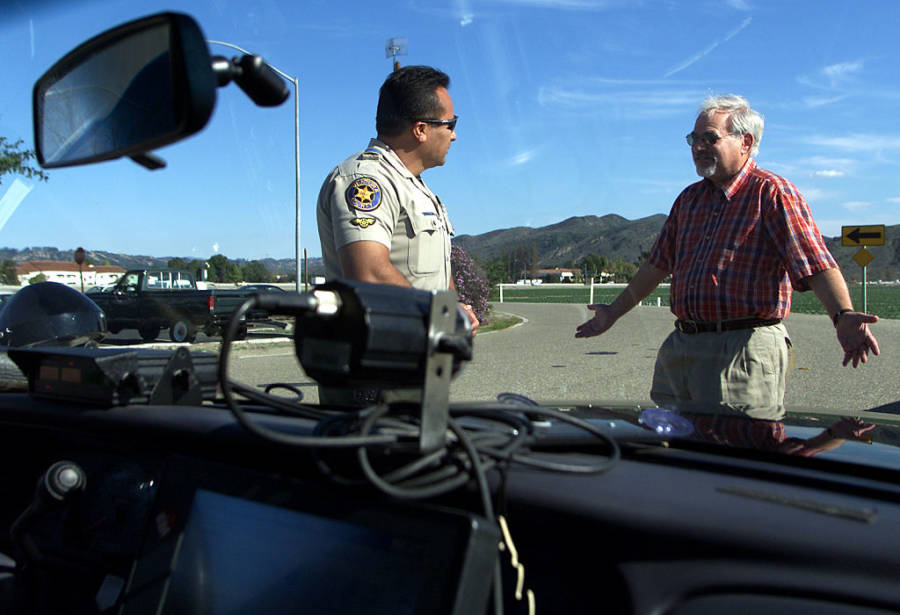 Some have argued that the growing mountain of incidents suggesting ingrained racism within the United States police force are isolated events, hyped up and racialized by the media and liberal activists.

Using an impartial computer program that looked at word choice and sentence structure, they found that officers show more respect to white drivers than black drivers during traffic stops.

“We don’t know of any other department right now taking this kind of approach to the footage,” Jennifer Eberhardt, the psychologist who led the research, told PBS.

The team of linguists and computer scientists examined 183 hours of body camera footage from routine traffic stops in the diverse city of Oakland, California.

These recordings showed 981 traffic stops and 36,000 conversations involving 682 black drivers and 299 white drivers — a ratio that reflects the national trend of black people getting pulled over more frequently, despite making up a smaller percentage of people on the road.

This use of such a wide sample allowed the researchers to “learn a lot more about the millions of interactions happening during these routine stops than we can from the popularized isolated cases,” Eberhardt said.

They conducted three different experiments on the collected footage.

One looked at a sub-group of officers’ statements to drivers and had an independent panel of people rank each on a four-point scale from lowest respect to highest.

The panel members — who did not know the race of either the officers or the drivers — were given a written transcript of the sample statements (including what the driver said, for context) and then instructed to rank each officer’s response on how “respectful, polite, friendly, formal and impartial” the officer was.

The second experiment looked at the same subset of interactions, but replaced the human panel with a computer algorithm. The statements were fed into the program, which analyzed them by looking for specific linguistic characterizations.

Things like apologizing, saying “thank you,” and using formal titles were markers of respect.

Referring to the driver by their first name, asking questions, and using informal titles like “man” indicated disrespect.

With these two sets of data, researchers could see how similar the computer’s perception of respect was to the human panel’s analysis. 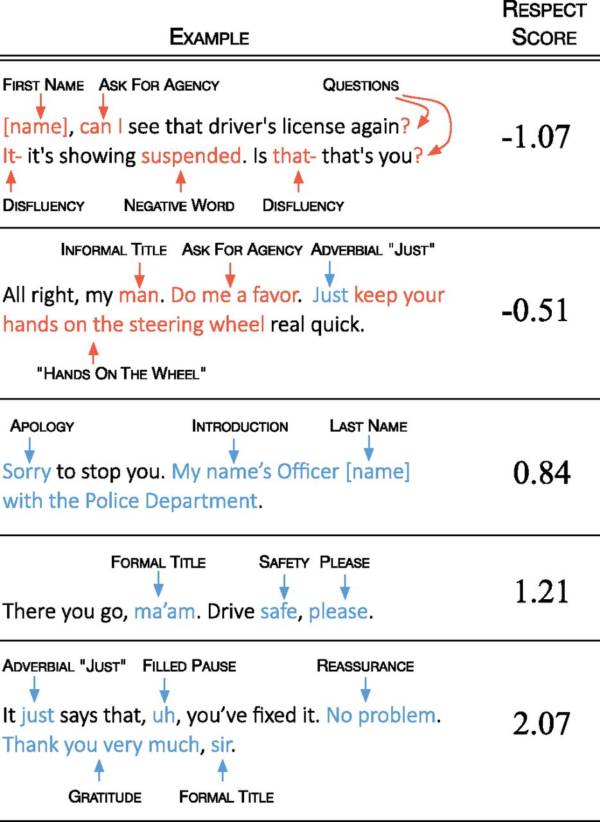 The team then fed all 36,000 conversations into the algorithm.

In experiment two, the computer algorithm was shown to agree almost perfectly with the human panel’s basic assessment of respect.

The program also had the added benefit of being able to breakdown the data into different levels of respect (as shown in the chart above).

Experiment three, which looked at all of the conversations, showed that these trends were consistent throughout the hours and hours of footage.

“We find that officers speak with consistently less respect toward black versus white community members, even after controlling for the race of the officer, the severity of the infraction, the location of the stop, and the outcome of the stop,” the study concluded.

The study is also important because, rather than looking at extremes, it observes the small indicators of prejudice that may be at the root of some of our nation’s policing problems.

“To be clear: There was no swearing,” Dan Jurafsky, a study co-author and linguistics professor clarified. “These were well-behaved officers. But the many small differences in how they spoke with community members added up to pervasive racial disparities.”

Watch this video to learn more about racial bias in the Oakland police department:

Next, read about the recent study showing that black Americans are wrongfully convicted at far greater rates. Then, check out the Police Chiefs Organization’s formal apology to people of color.