After His $1K Stock Became $2 Million, 98-Year-Old Russ Gremel Gives It All To Wildlife Sanctuary

Russ Gremel bought $1,000-worth of Walgreens stock 70 years ago. Now, the Chicago native is giving his entire fortune to protect wildlife. 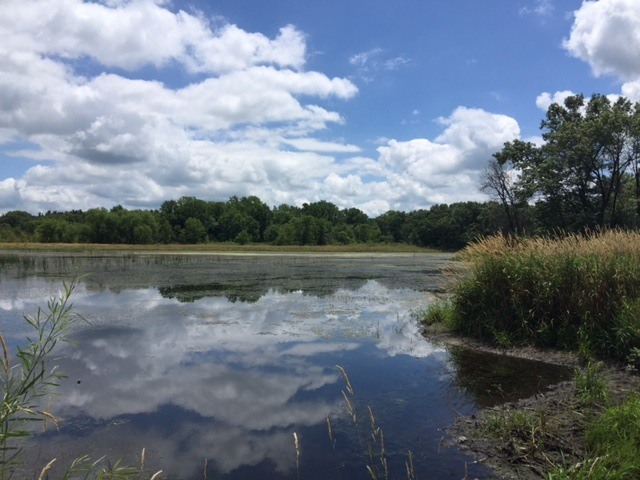 That’s what Russ Gremel’s brother told him nearly 70 years ago when suggesting that Russ invest in pharmacies.

It seemed logical enough, so Russ picked a local Chicago chain and bought about $1,000 worth (about 20 shares) of stock. That chain was Walgreens. And over the last seven decades, that one grand has turned into more than $2 million.

Now 98, Russ Gremel has donated his entire Walgreens fortune — which has grown to 27,648 shares — to the Illinois Audubon Society that used the funds to establish a new 400-acre wildlife refuge: The Gremel Wildlife Sanctuary.

“I never let anybody know I had that kind of money because my friends were too important to me,” Gremel told the Chicago Tribune. “And then I got to be about 95, I said, ‘What am I gonna do with this money? Give it to my relatives and ruin their lives?'”

Gremel has lived in the same brick bungalow for 95 years — the very house that his parents moved the family into when he was four. Though there were horses and oil lamps back then, the street is still quiet and pleasant.

With alert blue eyes and an easy smile, Gremel likes to sit on the porch, smoke his pipe and wave at neighbors passing by.

He never married or had children — though he was a Boy Scout scoutmaster for more than 60 years. He never wanted nice cars or lavish trips. After living through the Great Depression, the self-proclaimed “simple man” has a no-frills view of what it takes to have a happy life.

The World War 2 veteran served in Hawaii on the island of Tinian and in Washington D.C. He hopped trains as a teen — venturing from the Midwest to Yellowstone National Park.

Eventually he graduated from Northwestern University’s law school and practiced law until he purposefully retired early at the age of 45.

“You’re not going to die at 70 years of age and say, ‘What if?'” he told himself at the time. He’s since read War and Peace three times.

By deciding to donate his wealth to the Audobon this year (rather than doing so in his will), Gremel has made another move to die without regrets.

“Why not give it to them now when I can see the property they’re buying?” he explained. “And I have the pleasure and enjoyment of going there and seeing it. Why not enjoy it?”

The new preserve was dedicated on Sunday in a ceremony attended by Russ Gremel and some of his former Boy Scouts.

Gremel knows that his decision not to spend his own fortune is a bit peculiar, but in his mind, he didn’t really earn it anyway. All he did was hold the stock.

“They’ll do some good in this world,” he said of the society. “That’s what money is for. If you can’t do good with it, don’t have it.”

Next, learn why the “ice bucket challenge” creator can’t afford his own medical bills. Then, check out these surreal landscapes that are as weird as they are beautiful.