Archaeologists Just Discovered The 2,000-Year-Old Remains Of A Tortoise And Her Egg Beneath A Destroyed Shop In Pompeii

The tortoise likely sought refuge beneath the shop to lay her eggs and probably perished before the eruption of Mount Vesuvius. 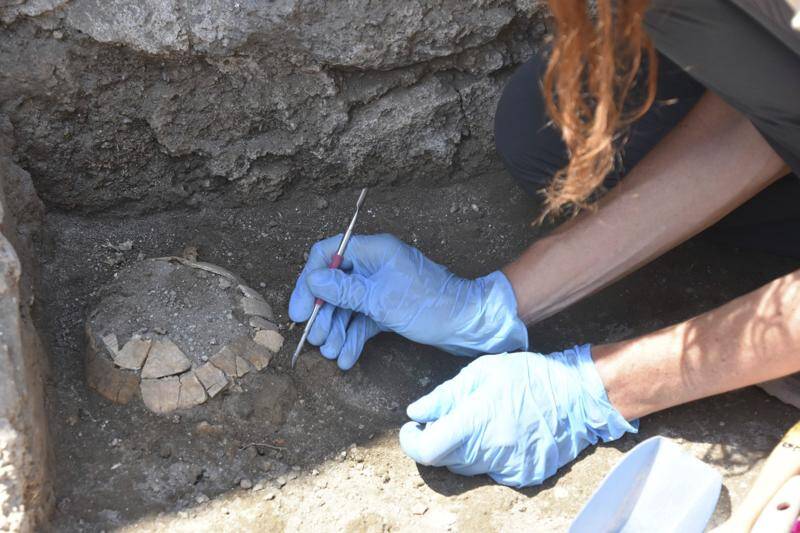 Pompeii Archaeological ParkArchaeologists carefully dig out the remains of the tortoise, whose shell is still visible after 2,000 years.

Over the years, archaeologists have found a number of stunning artifacts in the doomed city of Pompeii, which was destroyed by the eruption of Mount Vesuvius in 79 C.E. But archaeologists recently came across an especially peculiar find while excavating the Stabian Baths — the 2,000-year-old remains of a pregnant tortoise.

According to Reuters, the tortoise likely perished before the fatal eruption. Archaeologists suspect that she’d burrowed beneath a shop destroyed during a 62 C.E. earthquake but had failed to find a suitable place to lay her eggs. Tortoises will often die rather than lay their eggs in an unsafe environment.

“It had dug itself a burrow where it could lay its egg, but failed to do, which may have caused its death,” archaeologist Valeria Amoretti told Reuters.

But how did a tortoise wander into a shop in Pompeii in the first place? Oxford University archaeologist Mark Robinson told BBC that there were two possible explanations.

“One is that it is a pet tortoise that possibly escaped and made its way onto what were the ruins of the great earthquake,” Robinson explained. It is also possible, he said, that the tortoise came into town from the countryside and found the earthquake ruins a suitable spot to lay its eggs.

“Pompeii was substantially wrecked and not everywhere could be rebuilt after the earthquake,” he explained. “The flora and fauna from the surrounding countryside had moved into the town.”

According to Pompeii Sites, this isn’t the first tortoise that archaeologists have found. However, the others have been discovered in gardens or the homes of wealthy families. 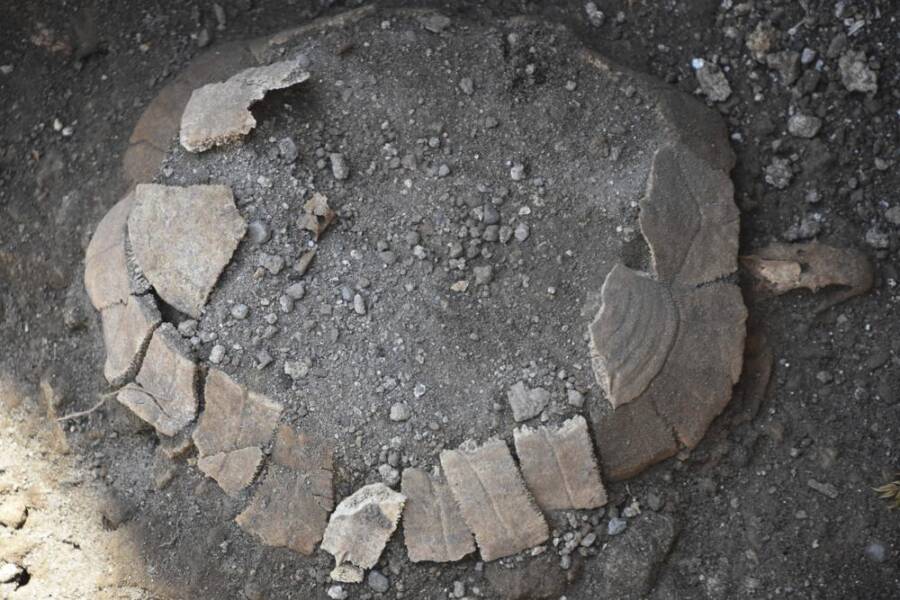 For the archaeologists who found the tortoise, the discovery tells a fascinating story about Pompeii before the 79 C.E. eruption of Mount Vesuvius, when the town suffered — and attempted to recover from — a devastating earthquake in 62 C.E.

“Both the presence of the tortoise in the city and the abandonment of the sumptuous domus [home], that made way for a new sector of the Stabian Baths, illustrate how extensive the transformations were which took place after the earthquake,” the director of Pompeii’s archaeological park Gabriel Zuchtriegel explained.

“Evidently not all of the houses were rebuilt, and areas of the city, even some in the center, were so little frequented as to become a habitat for wild animals; at the same time the expansion of the baths is a testament to the great confidence with which Pompeii resumed life after the earthquake, only to then be crushed in a single day in [79 C.E.].”

To the BBC, Zuchtriegel added, “The whole city was a construction site, and evidently some spaces were so unused that wild animals could roam, enter, and try to lay their eggs.” 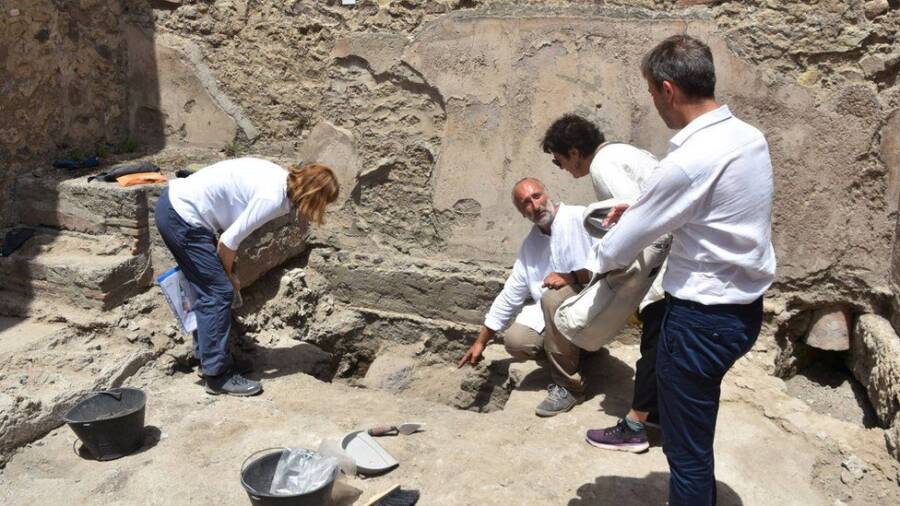 Pompeii Archaeological ParkArchaeologists examine the small space that a tortoise crawled into 2,000 years ago to unsuccessfully lay her eggs.

Of course, the tortoise — like all Pompeii ruins — also tells a haunting story of a day of devastation. On Aug. 24, 79 C.E., Mount Vesuvius erupted and coated Pompeii in ash, killing some 2,000 of its citizens. Archaeologists have found bodies, grafitti, and even fast food stands in the doomed city.

And, now, they’ve found a tortoise. To archaeologists, the unlucky creature represents a fascinating piece of the larger legacy of Pompeii itself.

“The tortoise represents a piece to be added to this mosaic of relationships between culture and nature, as well as community and environment, which represent the story of ancient Pompeii,” Zuchtriegel told Pompeii Sites.

After reading about the tortoise discovered among the ruins of Pompeii, look through these gruesome photos of bodies preserved in Pompeii by Mount Vesuvius’ ash. Or, read about the stunning chariot discovered by archaeologists in the doomed city.