“It’s Better To Be An Atheist” Than A Hypocritical Christian, Pope Francis Says

Pope Francis thinks hypocritical Catholics should wake up and smell the lack of roses. 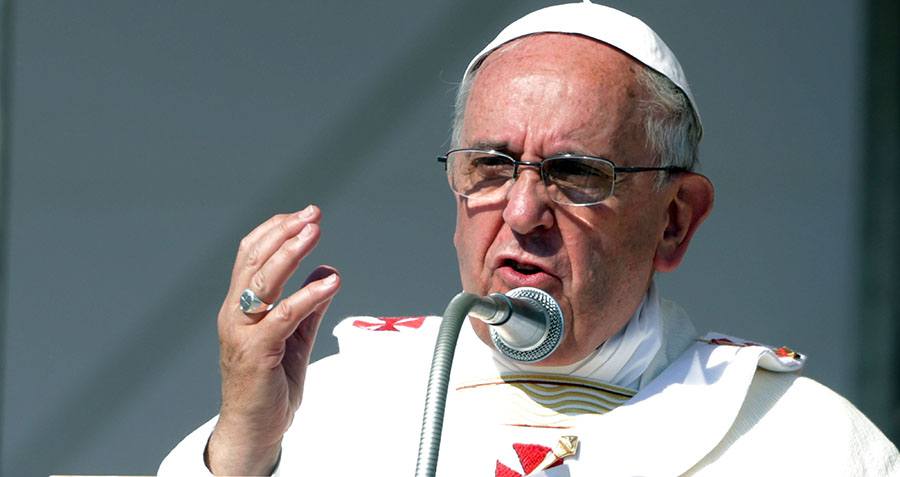 Are you a Catholic who doesn’t practice what you preach? Pope Francis thinks you might as well be an atheist.

During a Thursday morning mass — which according to Reuters the pontiff improvised — Francis said that “It is a scandal to say one thing and do another. That is a double life.”

He proceeded to say that hypocrisy is especially egregious when one claims to be a Catholic.

“There are those who say ‘I am very Catholic, I always go to Mass, I belong to this and that association,'” Pope Francis said. He then added that a few of those people should also declare that “‘my life is not Christian, I don’t pay my employees proper salaries, I exploit people, I do dirty business, I launder money, [I lead] a double life.'”

In other words, Francis said that claiming a given religion does not make you one of its adherents; rather, your actions do. And if you don’t act in accordance with the tenets of your faith, you may fare better without any faith at all.

“There are many Catholics who are like this, and they cause scandal,” Francis said. “How many times have we all heard people say ‘if that person is a Catholic, it is better to be an atheist.'”

Francis often tells his followers to practice what the religion preaches and does not shy from condemning both priests and lay people for failing to honor their sacred texts.

For example, according to Reuters, Francis has said mafia members who claim they are Catholics should excommunicate themselves to save him the trouble, rebuked the Vatican’s cardinals for acting like “princes,” and equated Catholic priests sexually abusing children to holding “Satanic Mass.”

Elected as the pope in 2013, over 1.2 billion Roman Catholics look to Francis for spiritual guidance and advice — and this may be has strongest suggestion yet.

Next, check out how Pope Francis has given priests surprising new powers when it comes to abortions, before finding out how he declared that no woman will ever be allowed to join the priesthood.