Hitler once hoped that this skeleton would legitimize his claims to Czechoslovakia. Now the truth may be about to come out. 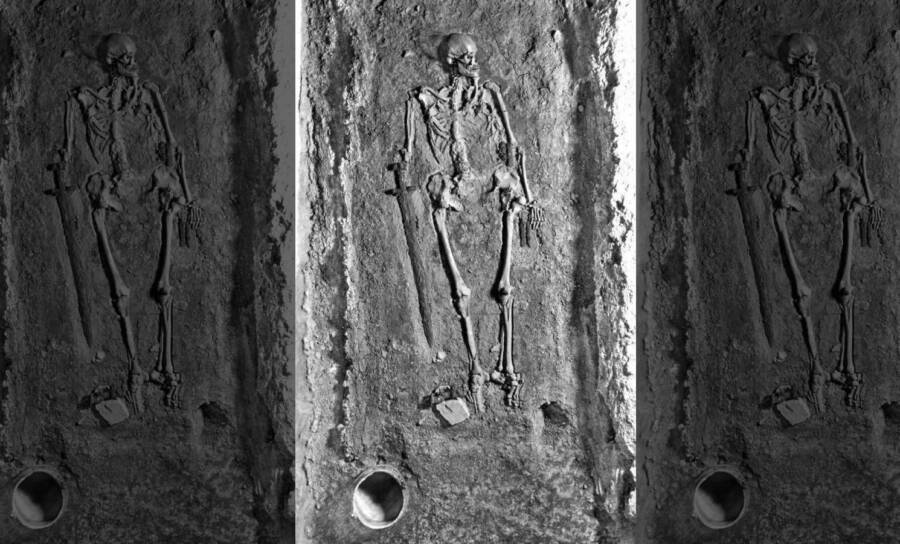 Institute of Archaeology of the CAS, Prague Castle ExcavationsThe Prague Castle skeleton was found buried with a sword, an ax, two knives, and a bucket. Some of these items weren’t regional, while others were, leading to speculation about where the man originated from.

When human remains from the 10th century were discovered underneath Prague Castle in 1928, nobody had an inkling as to who the man was. The unidentified figure was buried with two knives, a sword, an ax, and a bucket, and would soon be used as a propaganda tool by both the Soviets and the Nazis.

A new study published in Antiquity journal aims to finally assess the man’s origins and how he arrived at his final resting place. The narratives placed around him in the mid-20th century were, after all, entirely ideologically driven by opposing factions of World War 2.

According to CNN, the skeleton was originally discovered by the National Museum of Czechoslovakia beneath the castle’s courtyard while researchers attempted to locate the oldest parts of the castle. This courtyard sat on the edge of an older cemetery, which belonged to a hill fort that existed there between 800 and 1,000 A.D.

When Ivan Borkovský found the skeleton, Czechoslovakia had only been an independent nation for 10 years. The Ukrainian man fought for the Austro-Hungarians before fleeing to the young country in 1920.

Borkovský’s decision not to publish a study on his findings would soon land him in a heap of terrifying trouble — from both the Soviets and Nazis. 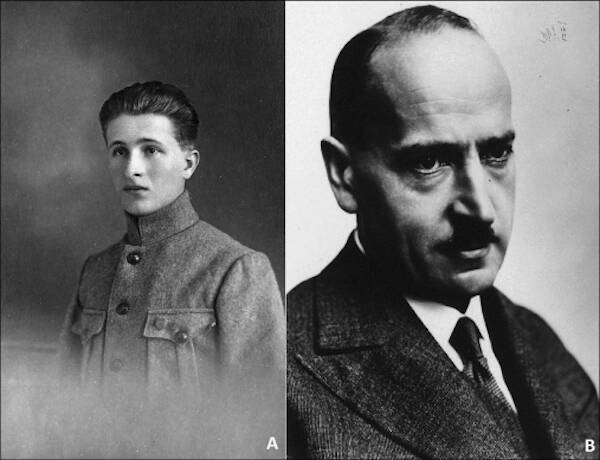 Antiquity Publications LtdIvan Borkovský and Karel Guth, the head of the Historical Archaeology Department of the National Museum in Prague. The latter was in charge of the Prague Castle excavations.

The Nazi army invaded Czechoslovakia in 1939. It didn’t take long for those in charge to find out about the mysterious 1,000-year-old figure — and quickly led to questioning Borkovský as to why he never shared this information with the world.

To buttress their claims to Czechoslovakia, the Germans claimed the buried skeleton belonged to a Viking or Germanic man and would thus showcase just how far German ancestry reached in the country.

Establishing that theory as fact would support Nazi Germany’s self-established claims to the territory, of course. They even suggested the castle was Germanic, rather than Slavic — and that Borkovský was purposefully engaged in a cover-up not to reveal these supposed truths.

He did try publishing a book about the oldest Slavic pottery recovered in Central Europe but rapidly reassessed once the Nazis threatened to throw him into a concentration camp.

One year later, he finally did publish his study on the Prague Castle remains, but with a tragic angle: his research was skewed to indicate the skeleton had Nordic ancestry — not Slavic, as was fairly evident back then — due to the mounting pressure from the Nazis to do so. 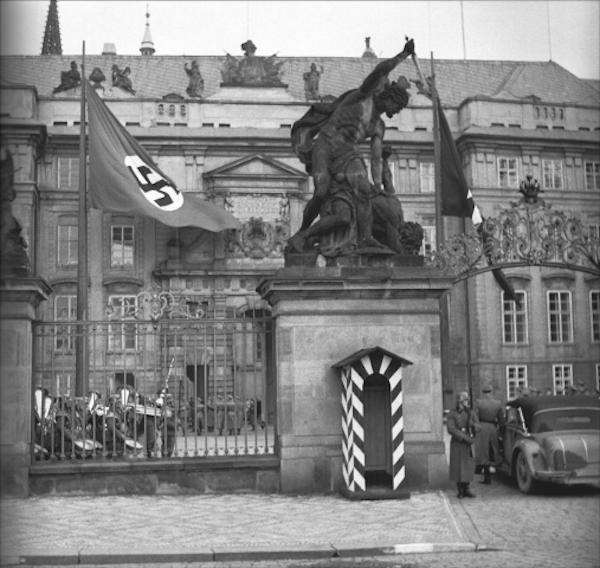 Antiquity Publications LtdPrague Castle during a visit from SS leader Heinrich Himmler in 1941.

Unfortunately, the end of the Nazis didn’t mean freedom for Borkovský. Soviet occupation after the war wrought its own complications along with potential time in a Soviet Gulag for his “anti-Communist activities.” Fortunately, he escaped before that could happen.

In 1946, he published a new study meant to course-correct his pressurized findings published during the war. This paper identified the burial site “as that of an important person who was related to the early Western Slav Przemyslid dynasty.”

Though Borkovský managed to right his wrongs, modern scientists and those safeguarding the historical record are eager to investigate further.

The latest study in Antiquity stated that the items buried alongside the man were considered foreign to that area during the time of death. The fire striker, for instance, was quite common for Vikings — but clearly didn’t hail from the region. Neither did his sword or the ax.

The bucket and knives, however, were certainly constructed nearby. This has left researchers forced to reassess how to approach medieval history in Europe — and how to retrace people’s steps with such contradictory evidence. 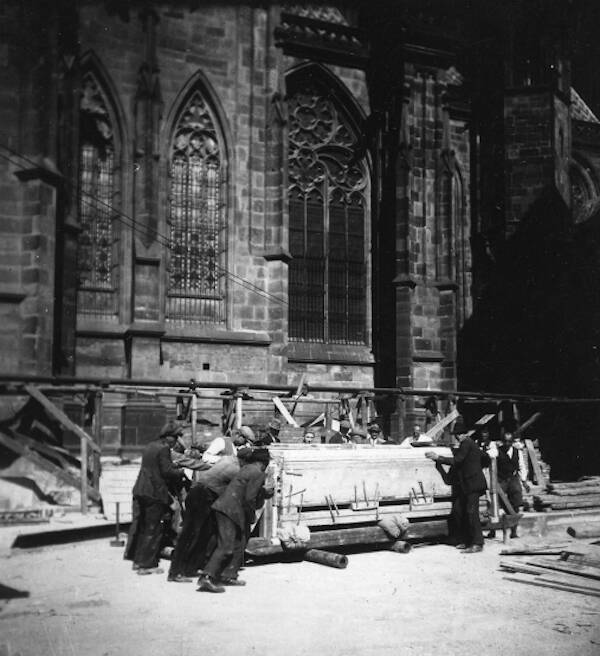 Antiquity Publications LtdMembers of the excavation project move the burial block of the warrior’s grave to the Prague Castle storerooms shortly after discovery. 1928.

“The sword is especially unique as it is the only one discovered in 1,500 early medieval graves so far found in Prague Castle,” said lead author Nicholas Saunders, a professor from the University of Bristol’s Department of Anthropology and Archaeology.

“Perhaps he was a Slav from a neighboring region, who had mastered Old Norse as well as Slavonic, or perhaps he regarded himself as a genuine Viking.”

Ultimately, Saunders explained that even in death, one’s identity can be used and manipulated to tip the political scales in a party’s favor. So while this 1,000-year-old skeleton was long buried, and peacefully so for centuries — several foreign countries used it to their advantage.

“Identities were complex in the medieval period, and the story of Borkovsky and the Prague Castle warrior grave reminds us that the identities of such past people frequently fuel modern political conflicts,” he said.

After learning about the mysterious medieval skeleton found beneath Prague Castle, take a look at vile Nazi propaganda posters that are insidiously well made. Then, learn about archaeologists solving the mystery of unexplained deaths near the “portal to hell.”