The daughter of an SS official, Princess Michael of Kent has continually embarrassed the British Royal Family with racist comments and gestures. 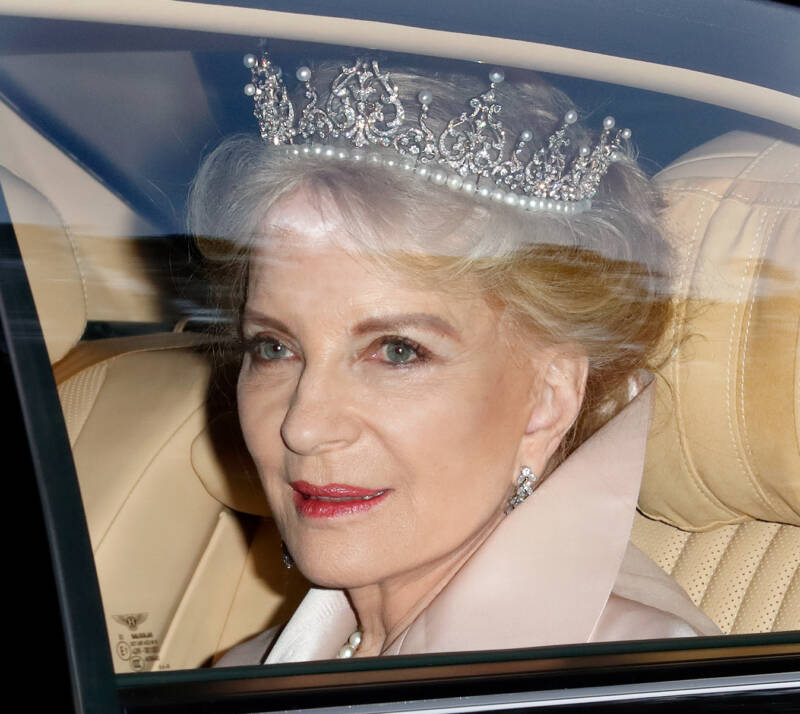 Max Mumby/Indigo/Getty ImagesPrincess Michael of Kent, seen here in June 2019, is one of the British Royal Family’s most controversial members.

Her perceived pomposity and her racist remarks have made her a black sheep of the Royal Family and one of the British tabloids’ favorite punching bags. But does she deserve all the criticism? Let’s take a look.

Princess Michael of Kent’s Nazi Past

Tall and blonde with an aristocratic bearing, Princess Michael even looks like a royal — and, indeed, her ancestry bears that out. Her mother, Maria, was a Hungarian countess and competed in the 1936 Winter Olympics, skiing for her native Austria.

Maria was the daughter of the Austro-Hungarian Empire’s ambassador to St. Petersburg at the time of World War I. That very count’s wife was a German princess, Hedwig of Windsch-Graetz. Princess Michael even claims that she can trace her roots all the way back to Charlemagne. 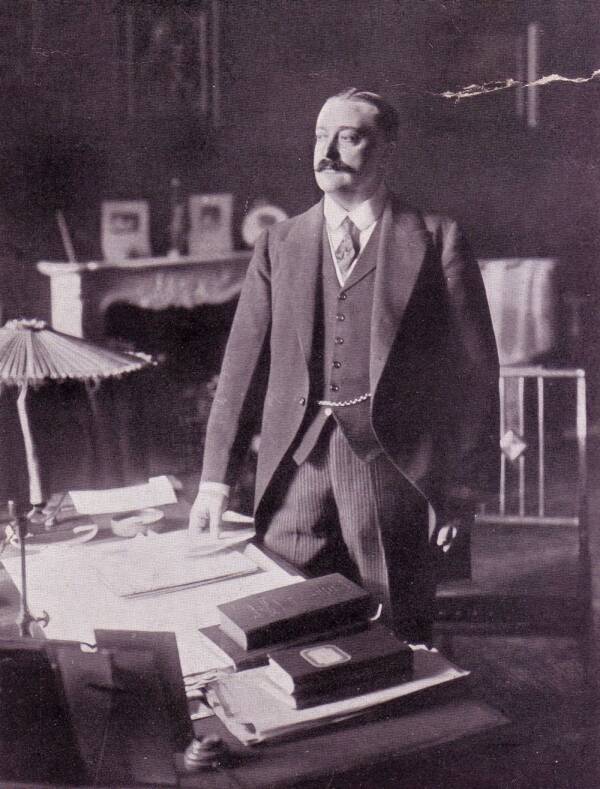 Princess Michael’s royal mother married a lowly baron, Günther von Reibnitz, and bore him two children: Marie-Christine and Frederick. But long before his daughter’s 1945 birth in Karlsbad — now a Czech spa town, but what was then part of Nazi Germany — von Reibnitz would acquire additional notoriety.

He joined the Nazi Party in 1930 and the Schutzstaffel, or SS, in 1933, eventually rising to the rank of major in the latter organization. Journalists unearthed reports that von Reibnitz even became close friends with Hermann Göring, Adolf Hitler’s right-hand man.

When the Daily Mirror published these revelations in 1985, Princess Michael had a confounding reaction: She claimed she’d had no idea, but was still able to confirm the media reports. Buckingham Palace spokesman Michael Shea told the press that the news articles were the first she’d heard of her father’s secret life.

“Princess Michael confirmed tonight that it is true that her father was a member of the SS,” Shea said one minute. The next: “It came as a total surprise to her when she heard the news…and it came as a total shock.”

A few days later, Princess Michael told the press she’d produce a document proving her father was merely a “minor Nazi official” — despite reports that he held the rank of major during the war, and the fact that the SS was reserved for Nazi elite.

The circumstances made many suspect a Royal Family cover-up, though it is somewhat plausible that Princess Michael had no idea of her father’s Nazi past. The year after Marie-Christine’s birth, her parents divorced.

Princess Michael of Kent discusses her love of cheetahs.

Princess Michael’s mother picked up both her kids and moved to Australia, where Marie-Christine spent most of her childhood. She wouldn’t see her father again until she was 18, when she spent a year with him in Mozambique. The future royal developed a passion for cheetahs while staying with her dad, later advocating on behalf of the big cats.

A Passion for a Prince

In the 1960s, Marie-Christine moved to London to take up interior design. In an interview, she happily recalled socializing with the “it” girls and boys of the day. That meant the younger members of the British Royal Family and their guardians. 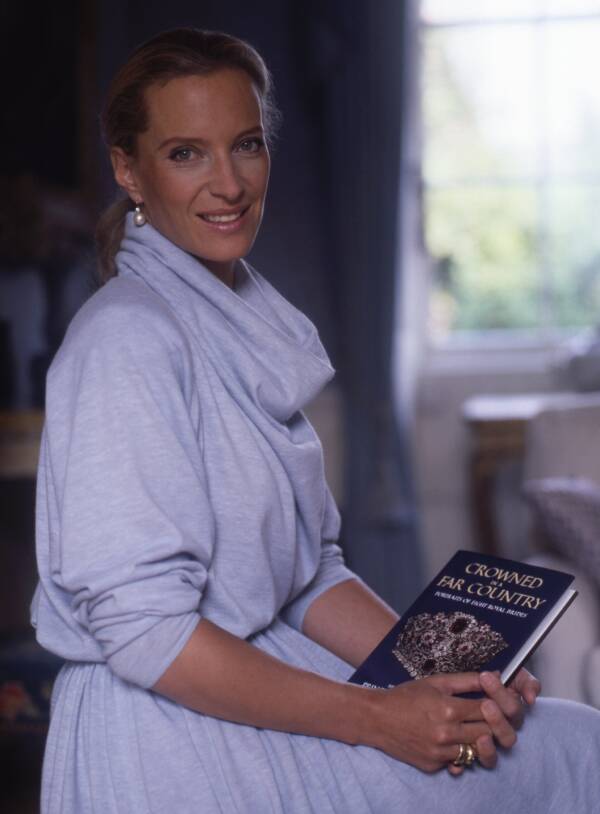 In 1971, she married a banker name Tom Troubridge. Hardly the glorious marriage she’d surely been anticipating, they split up just two years later, but she didn’t get an annulment for another five years. At that point, she had already started seeing the Queen’s cousin.

She said that, in the 1970s, royal cousin-cum-Prince Philip’s adored uncle, Lord Louis Mountbatten, played matchmaker for her and the Queen’s first cousin, Prince Michael of Kent. She later quipped:

“So he was telling the Queen about my grand ancestry, about how I was descended from Charlemagne, this king, that king, this queen. Mountbatten was a genealogist, that was one of his hobbies. So he laid it on a bit thick until she finally turned to him and said, ‘Well, Dickie, she sounds a bit too grand for us.'”

Marie-Christine’s overweening pride in her ancestry gave her airs. As she recalled growing up, “Deep down, I would hear my mother’s words: ‘Nine hundred years of breeding must be worth something.'” 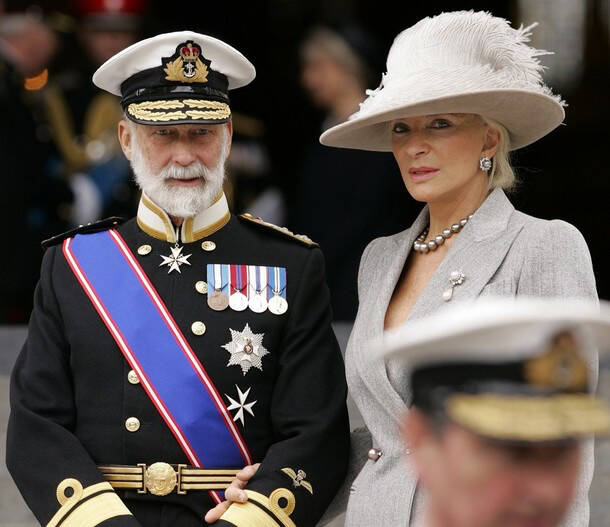 Indigo/Getty Images/FlickrPrince and Princess Michael of Kent at a service commemorating the end of combat operations in Iraq at St. Paul’s Cathedral. London. Oct. 9, 2009.

Her nickname became “Our Val” (from what the Queen said after their first meeting: “I’ve just met this Valkyrie.”). Later, Viscount Linley, the son of Princess Margaret, would dub her “Princess Pushy” — a nickname that proved to stick. A cosmopolitan, six-foot-tall, German-Austrian blonde, Marie-Christine certainly stood out from the rest of the royals.

And she may have possessed royal blood, but her religion was suitable to the British. Since Marie-Christine was a Catholic, any prince that married her would have had to give up his place in the line of succession (this law was struck down in 2013).

Her attention soon turned back to a royal bachelor: the Queen’s young cousin, Prince Michael of Kent. Marie-Christine later told to The Guardian: 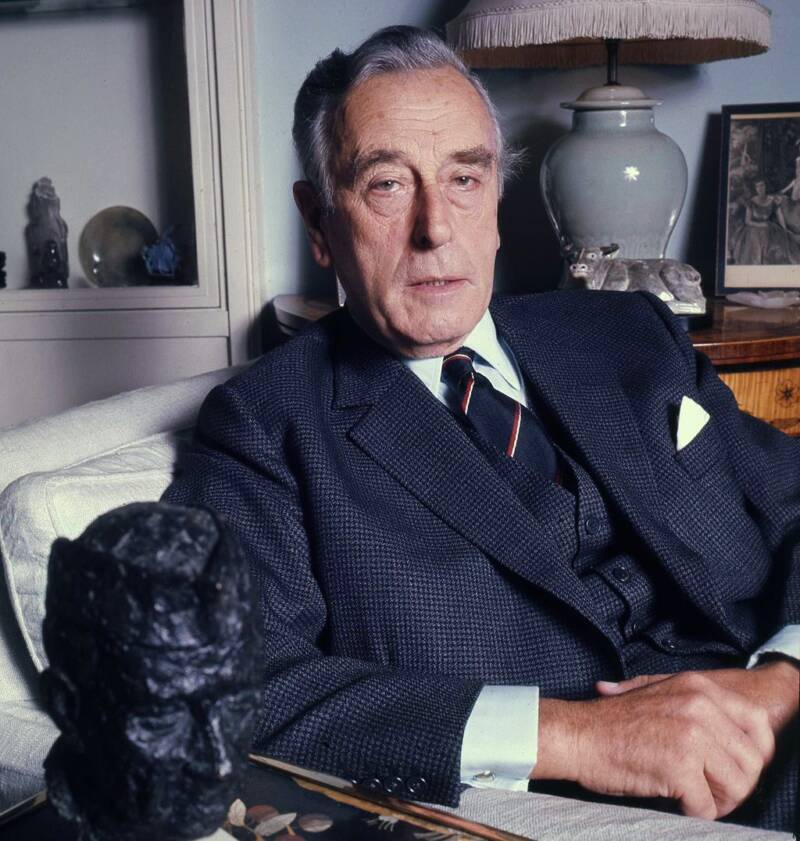 However “madly in love” Prince Michael was, his prospective bride’s religion was still an issue. Since Marie-Christine refused to convert to the Anglican faith, Prince Michael gave up his place in the line of succession in order to wed a Catholic (though he was since restored to his spot).

The two married on June 30, 1978, in a civil ceremony in Vienna. Marie-Christine received the title of Princess Michael of Kent. But the controversy of marrying a Catholic hardly compared to the issues the new Princess Michael would court in her four decades as a royal.

Princess Michael of Kent has earned herself a reputation as a racist royal.

Most recently, she wore a blackamoor brooch — an antiquated style that depicts African faces and bodies in hyper-exotic and culturally insensitive fashion — when out to lunch with Prince Harry and his then-fiancée, Meghan Markle. 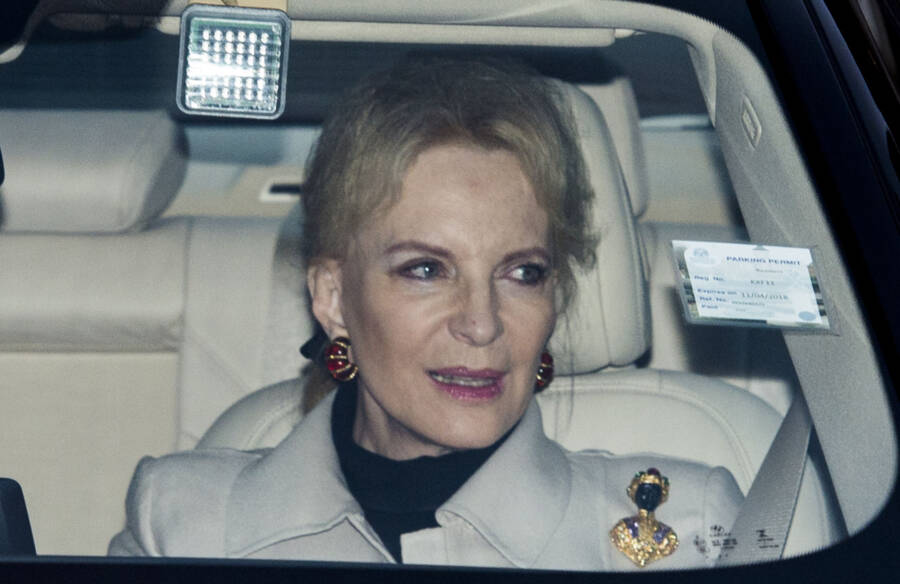 Princess Michael later apologized, but the gaffe followed a pattern of prejudicial — or, at the very least, racially insensitive — behavior. In 2018, in an exposé for Vanity Fair, journalist Aatish Taseer, who previously dated Princess Michael’s daughter, Lady Gabriella, revealed that the Queen’s cousin-in-law named her pair of black sheep Venus and Serena, after the tennis-playing sisters.

In 2004, while dining at an exclusive restaurant in New York, Princess Michael got annoyed at some fellow diners, who were African-American. According to the diners, she slammed her palm onto their table and shouted “Enough already!…You need to quiet down.” She then informed the guests they needed to go “back to the colonies.”

Nicole Young, who was part of the party she insulted, told The Telegraph, “That she would make a comment like that. I was fuming.” Another member of the group had no idea she was British royalty: “I thought she was just a crazy woman. I still think she’s a crazy woman.”

Princess Michael denied spewing racist remarks, however, offering up a feeble excuse. She claimed, “I did not say ‘back to the colonies,’ I said you ‘should remember the colonies.’ Back in the days of the colonies there were rules that were very good.” She even said she could not be racist because she’d once tried to pass herself off as a “half-caste African.”

“I would never have said that,” she later told Taseer. “I’m a historian. I know that America itself was a colony….I daren’t even say I want my coffee black anymore. I say, ‘Without milk.'”

Princess Michael has famously recounted that the royals discouraged her from earning cash by working after her marriage. So she decided to write novels and non-fiction about royal women of the past, a more “respectable” pursuit.

Princess Michael of Kent discusses her life and her work.

However, her and her husband’s jobs weren’t enough to keep them financially afloat. Russian billionaire Boris Berezovsky, paid off some of their debts — £320,000 between 2002 and 2008, to be exact — while the royal couple was forced to “downsize.”

That means that, in order to pay their rent at Kensington Palace, the couple sold their country home. Princess Michael moaned to the press, “For the first time that terrible word came into my life when our private secretary said, ‘Ma’am, you have to downsize.’ It was the worst word I’d heard in ages.”

Perhaps one might feel more sympathetic for Prince and Princess Michael if they had had paid more than £69 per week to live in Kensington Palace, the British Royal Family’s exclusive apartment building. Starting in 2002, after a parliamentary outcry, the Queen agreed to pay their market-rate rent herself. But in 2010, the Kents had to pay for their five-bedroom flat out of pocket.

“I am in very austere economic times,” she told an interviewer in 2013. “We’ve cut back dramatically. I mean, we never go out to dinner unless it’s to someone else’s house. We never go to restaurants. That’s too expensive.”

Princess Michael talks about her early love of writing.

Still, Princess Michael is hardly living in poverty. She has a bevy of servants at her beck and call and doesn’t have to work a 9-5. Nor does she venture out to do her own shopping at a clothing store or pharmacy, exclaiming, “I think I have only walked down the high street once in my married life.”

To their credit, Prince and Princess Michael never received money from the Civil List, which until 2011 was Britain’s way of funding its royals. And they do carry out duties as patrons of various charities and organizations. Princess Michael of Kent does also make some cash from her books and speaking engagements — although she’s been plagued by accusations of plagiarism.

But that won’t keep Princess Michael of Kent from being the Royal Family’s — and the British tabloids’ — favorite pariah. After all, she’s the woman who strolls into a dinner with the Queen 40 minutes late and mildly says, “Please don’t get up, anyone.”

Next up, learn all about the convoluted genealogy of the British royal family. But the (Mountbatten-)Windsors aren’t always quirky — sometimes, they’re downright normal.