Fierceness And Tragedy: The Tale Of Teuta, The Ancient European Queen Who Challenged Rome

Queen Teuta ruled over a powerful Illyrian kingdom in the third century B.C. When Rome demanded that she stop her country's pirates from attacking their vessels, Teuta refused, resulting in war. 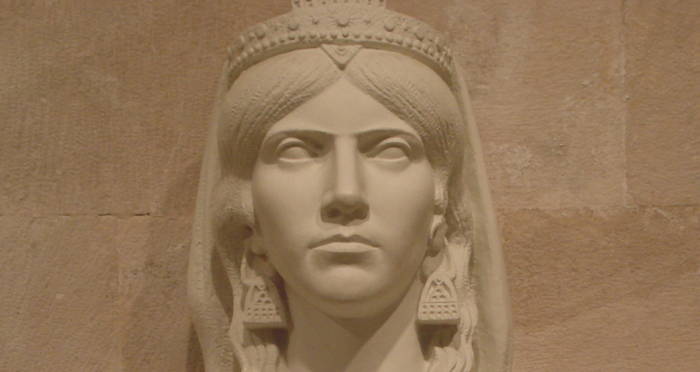 A bust of Queen Teuta.

Ancient history is full of female rulers who wielded immense power and left their mark on the history books. One such ruler was Teuta, the queen of the Ardiaei tribe of Illyria.

During the third century B.C., Teuta and her kingdom became quite the thorn in the side of the growing Roman Republic. Refusing to submit to the Mediterranean superpower, Teuta went to war with Rome, beginning the first of what would come to be known as the Illyrian Wars.

How did Teuta come to rule her kingdom? Was she right to anger Rome? And what happened to her? 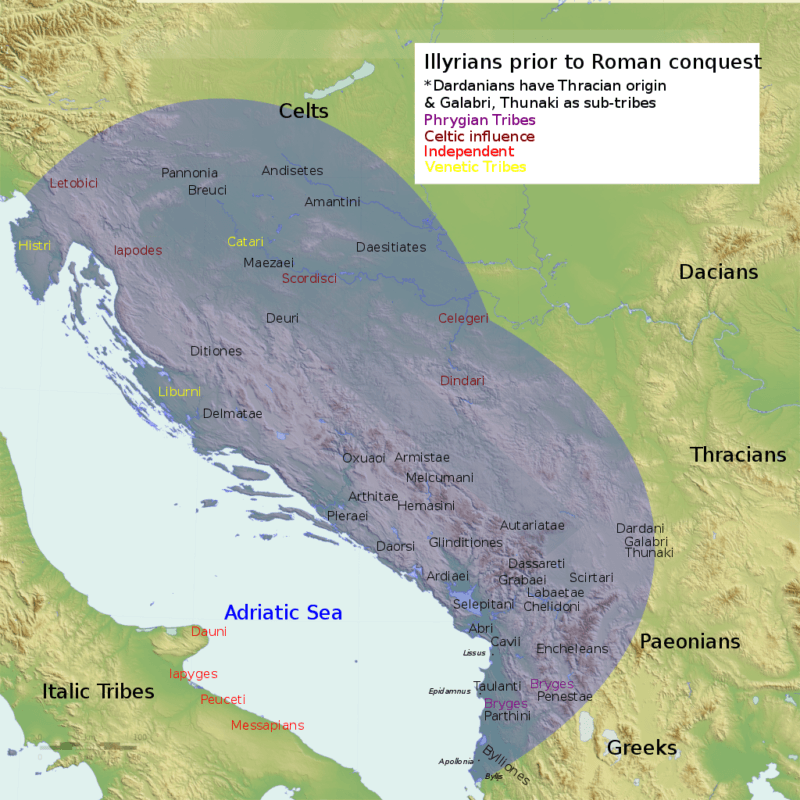 Wikimedia CommonsIllyria prior to Roman conquest.

This story begins in Illyria, a region on the western half of Europe’s Balkan Peninsula. Bordered by the Adriatic Sea to the west and the Morava River to the east, this area roughly corresponds to parts of modern-day Croatia, Bosnia and Herzegovina, Slovenia, Montenegro, Kosovo, Serbia, and Albania.

Although the area was home to several notable tribes, one rose to prominence during the third century B.C.: the Ardiaei. Centered on the coastal region of Illyria, the Ardiaean Kingdom underwent aggressive expansion from 250 to 231 B.C. under the leadership of King Agron.

When he first took the throne, Agron focused on building up the Illyrian naval forces in the Mediterranean Sea and extending his rule along the Adriatic coast. His plan worked: the kingdom’s power grew, culminating in a decisive victory over Greece’s Aetolian people in 232 or 231 B.C.

According to legend, Agron celebrated his victory with so much drinking and other indulgences that he came down with pleurisy (inflammation in the lungs and chest) and died in 231 B.C. 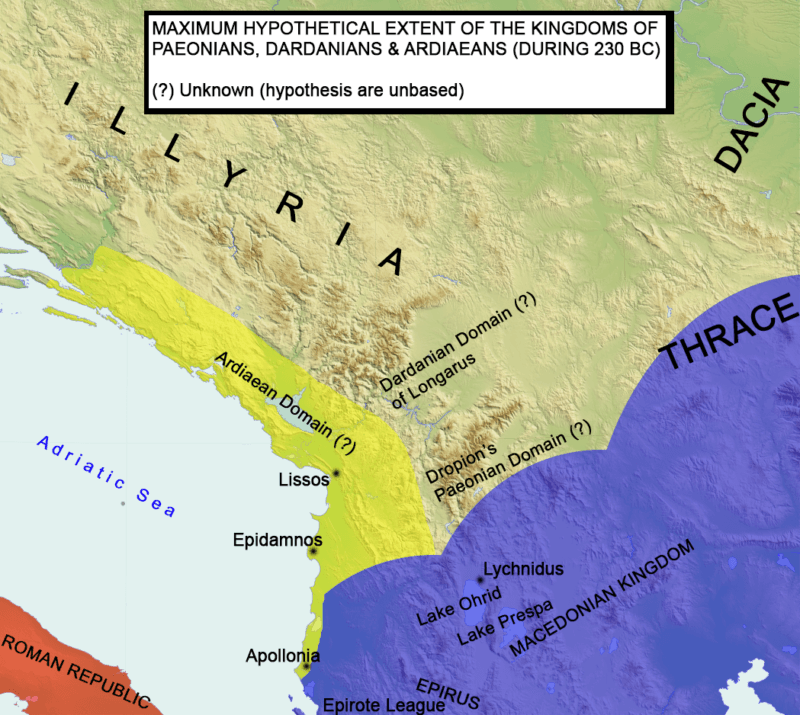 After Agron’s death, his wife Teuta — whose early life remains a mystery — took the Ardiaean throne. She served as the queen regent in place of Pinnes, Agron’s infant son from his first marriage.

Teuta continued her husband’s expansionist policies, turning her sights to the wealthy cities of Dyrrachium and Phoenice, eventually conquering both. However, perhaps more so even than her powerful navy, Teuta’s most feared forces were the Illyrian pirates that roamed the nearby seas.

Interestingly, piracy was completely legal in Illyria and even considered a viable if not respectable profession. Teuta gave her ships free reign in the Mediterranean Sea, and Illyrian pirates were well-known and feared for their plundering of merchant ships. 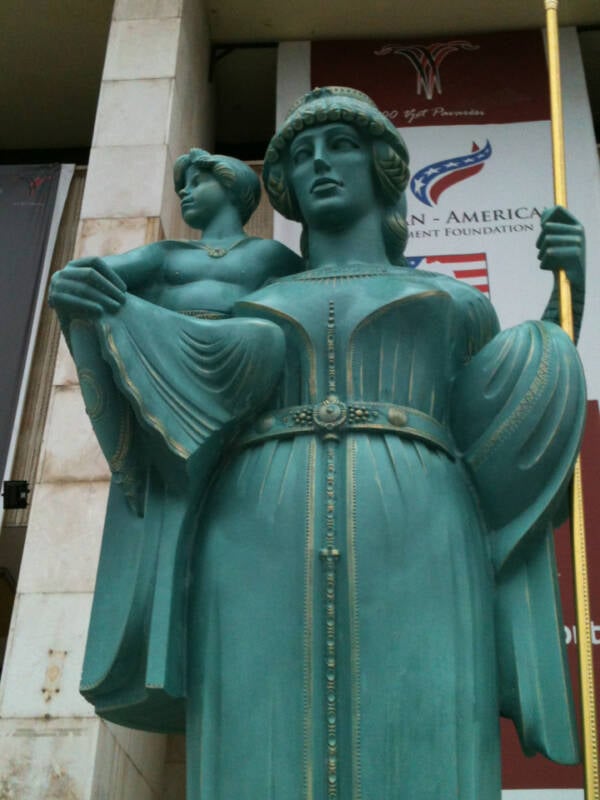 Wikimedia CommonsStatue of Teuta and her stepson Pinnes in Tirana, Albania.

Unfortunately for Teuta, her countrymen’s piracy soon threatened the growing superpower on the other side of the Adriatic sea: the Roman Republic.

Fresh off defeating its greatest rival Carthage in the First Punic War, Rome was in the process of extending its influence across the Mediterranean.

It had many important trade routes along the Eastern Mediterranean between Greece and Italy, and Roman merchants were constantly threatened by Illyrian pirates who raided their ships and stole their goods.

The merchant’s complaints filled the Roman Senate until they could no longer be ignored. At first, the Romans tried the diplomatic route.

Around 230 B.C., they sent two ambassadors to Illyria to convince Teuta to reign in the pirates. But when they got there, Teuta refused, informing them that piracy was not illegal in the Ardiaean Kingdom.

In her view, the pirates had done nothing illegal and she was not about to change her kingdom’s laws to accommodate pesky Roman merchants.

Teuta was apparently so insulted by the Roman envoys that she had their ships seized. What’s more, she held one ambassador captive and killed the other one.

When news of their ambassador’s death reached the Roman Senate, Rome did what it does best: go to war. 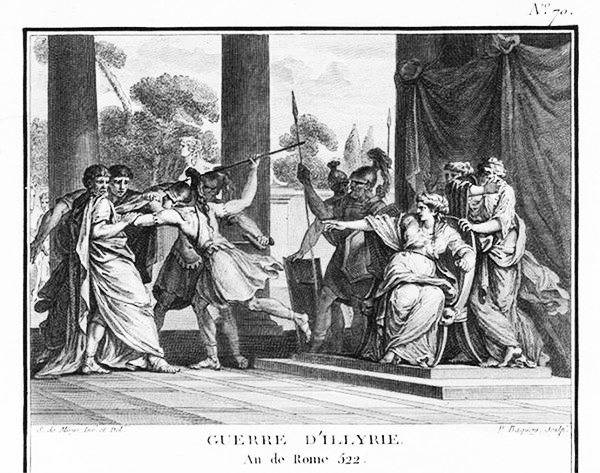 Wikimedia CommonsA depiction of Queen Teuta ordering the death of the Roman ambassador.

Unfortunately for Teuta, the first loss of the conflict came before any fighting. When the Romans arrived at the island city of Corcyra off the Illyrian coast, the local governor and Teuta’s lieutenant Demetrius switched sides, advising the enemy for the rest of the conflict.

It’s not entirely clear why Demetrius betrayed Teuta. The most likely explanation is that he was simply awed by the display of Rome’s military might.

After all, the Romans had recently defeated their greatest rivals, the Carthaginians, and were the unopposed masters of the Mediterranean. But another possibility is that he had a romantic relationship with Teuta and was afraid of her wrath.

Whatever the case, aided by Demetrius, the Roman troops continued their advance north along the Adriatic coast. They attacked towns along the way until arriving at the Ardiaean capital city of Scodra.

The Illyrian forces were no match for Rome’s military power and Teuta was forced to retreat south. By 228 B.C., Rome had gained control of the entire coast of Illyria. Teuta officially surrendered to Rome in 227 B.C., ending the First Illyrian War. 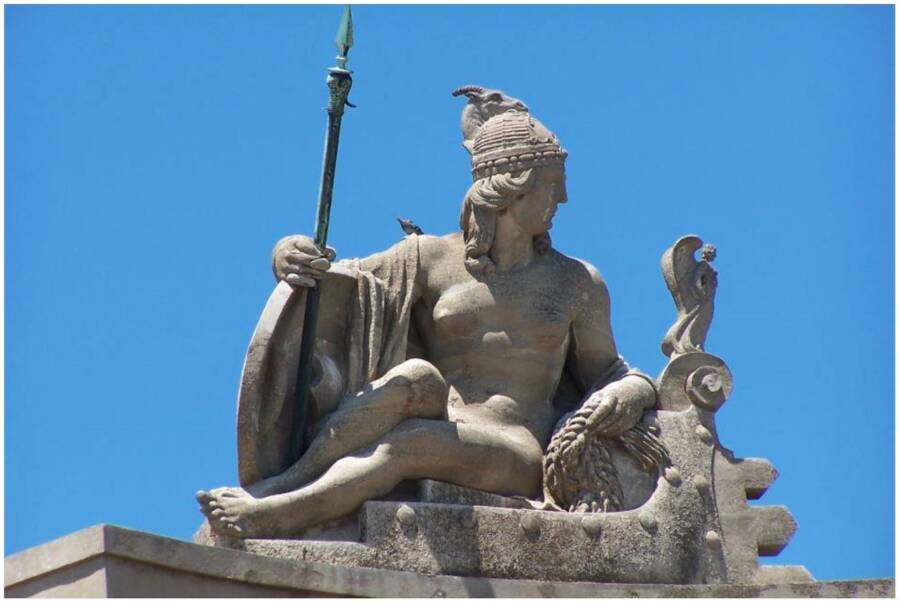 kosta korçari/FlickrA statue of Queen Teuta at the National Bank of Albania in Durres.

Teuta was forced to pay tribute to Rome and acknowledge its sovereignty. However, the Romans allowed Teuta to continue her rule, albeit over a smaller region around the capital city of Scodra.

However, rather than face the humiliation of a limited reign under Rome’s control, Teuta stepped down from the throne. The details of her life afterward remain unclear, but most sources agree that she lived for several more years after the Roman defeat.

The most popular account would have us believe that Teuta eventually ended her life by jumping off a cliff in the Bay of Kotor in modern-day Risan, Montenegro.

As the legend goes, the queen’s death placed a curse on Risan, making it the only town in the region without a seafaring tradition. Nonetheless, the exact circumstances surrounding Teuta’s death have never been confirmed and her tomb has never been discovered.

Despite her tragic end, Teuta left a big mark on history. Indeed, even after her fall from grace, Illyria continued to defy Rome for many decades. It would not be until 168 B.C. that Rome would finally destroy the Ardiaei kingdom during the Third Illyrian War and subjugate the region.

As for Teuta, her story would live on until modern times, immortalized by multiple statues of the fierce queen that dared defy the greatest empire in history.

After this look at Queen Teuta, read up on some of the other fearsome queens of ancient history, including Zenobia of the Palmyrene Empire, Nzinga of present-day Angola, and Olympias, the mother of Alexander the Great.