Violence and Treatment of Nonbelievers 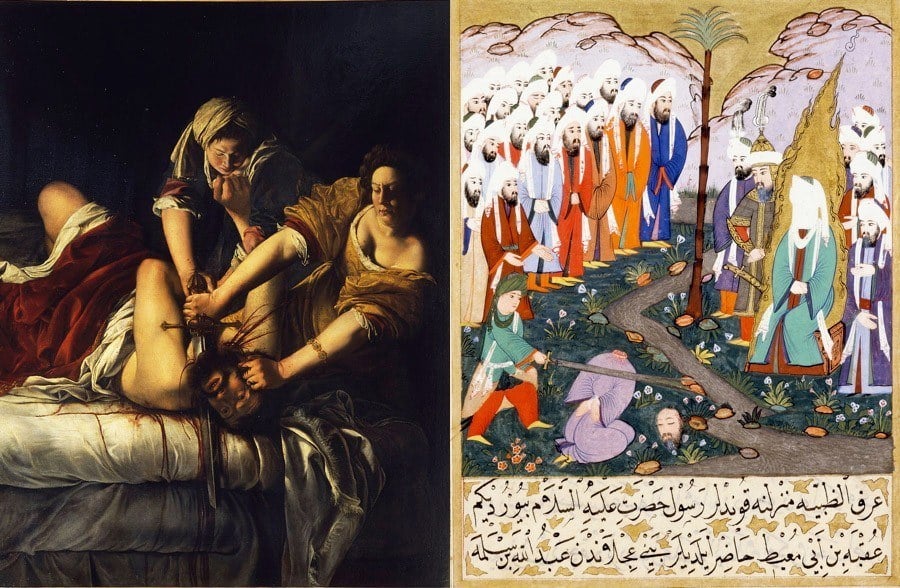 As well as sharing narratives and some theological suppositions, the Quran and the Bible also share some harsh laws and a sometimes violent attitude toward outsiders perceived to threaten the religious community. Two Dutch comedians famously demonstrated these similarities when they read harsh verses from the Hebrew Bible and New Testament to people on the street, claiming they were from the Quran. The comedic duo elicited horrified and amused reactions from people when participants realized that the passages did not come from Islamic texts, but the Bible.

In fact, both the Hebrew Bible and the Quran command and restrict violence in defense of the creation and protection of their respective religious communities. The Hebrew Bible commands all-out warfare in order to establish the Jewish religious community in Israel but then commands that non-Jews be free to live in Israel unmolested. The Quran likewise commands warfare to protect the early Islamic community in Arabia but then limits warfare to those who break treaties or persecute Muslims. The New Testament is distinct here in that Jesus commands non-violent resistance and love of enemies, even when the individual or the religious community is threatened (admittedly a precept that many of his followers neglect).

As for treatment of outsiders, the Hebrew Bible says that God gave other religions to other people (Deuteronomy 4:19) and assumes that there are righteous and pious people among non-Jews (like Noah, Enosh, Enoch, Malchizedek, etc.). The Quran presents more explicit and tolerant statements on the subject:

“We (God) have appointed a law and a practice for every one of you. Had God willed, He would have made you a single community, but He wanted to test you regarding what has come to you. So compete with each other in doing good. Every one of you will return to God and He will inform you regarding the things about which you differed.” (Quran 5:48)

Elsewhere, the Quran states, “Let there be no compulsion in religion: Truth stands out clear from error, and whoever rejects evil and believes in God has the most trustworthy hand-hold, and that never breaks.” (Quran 2:256) as well as, “And dispute not with the People of the Book, except with means better than mere disputation, unless I be with those of them who inflict wrong and injury. Rather say to them: ‘We believe in the revelation which has come down to us and in that which came down to you; Our God and your God is one; and it is to Him that we bow.'” (Quran 29:46)

Mary and Treatment of Women 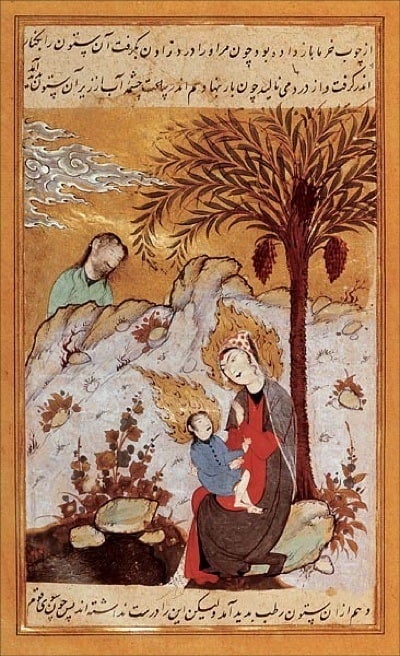 Wikimedia CommonsMariam (Mary) with Isa (Jesus) under the palm tree where she gave birth, according to Muslim legend.

The Hebrew Bible mentions 133 women by name in its approximately 1,000 pages; the New Testament mentions 33 in around 300 pages; the Quran, at around 500 pages in English, names one: Mary, the mother of Jesus.

Women in the Quran generally play a smaller role than in the Hebrew Bible and New Testament. For example, in the Hebrew Bible, several women converse directly with God: Eve, Sarah, Hagar, Rebecca, Hannah, and Deborah. In the New Testament, several named women have close relationships with Jesus, and several are described as leaders and “prophetesses” in the early Church. However, the Quran depicts Mary as the only woman who talks to the divine, when she speaks to the angel Gabriel before her conception of Jesus through “the divine breath” (Quran 66:12).