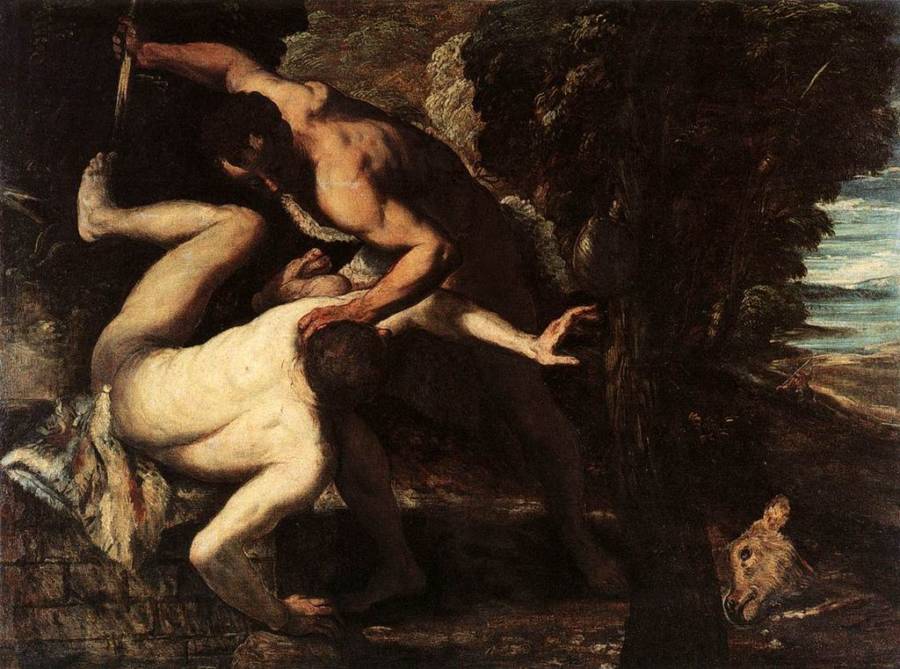 In the Bible, Cain murders his brother Abel after God favors Abel’s sacrifice above his own. In the Quran, the details are almost identical, but then the Quran offers the following lesson: “We ordained for the children of Israel that if any one slew a person…it would be as if he slew the whole of mankind: and if anyone saved a life, it would be as if he saved the life of the whole of mankind” (Quran 5:32).

At the same time, in the Jewish Mishna (the religion’s first major redaction of oral traditions), which predates the Quran by centuries, we find the following text in reference to the story of Cain and Abel: 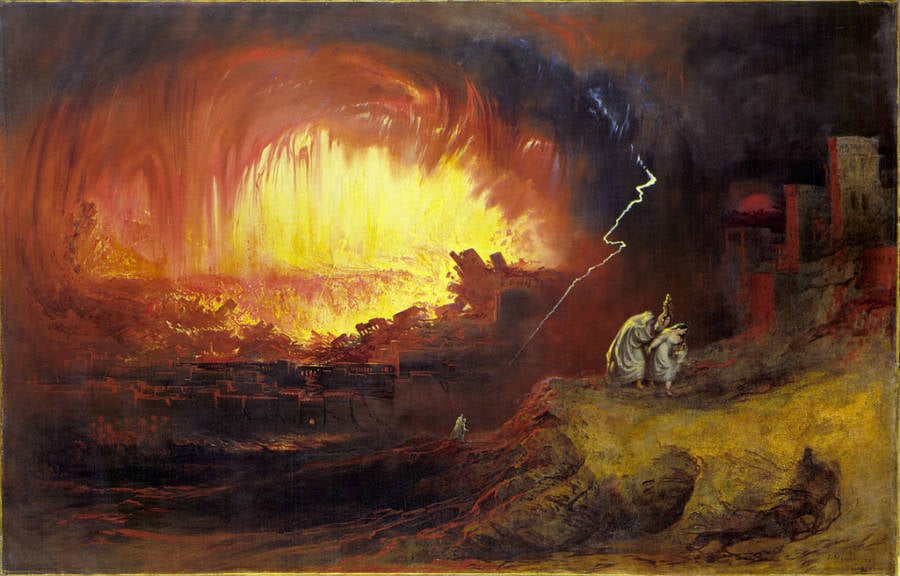 Wikimedia CommonsThe Destruction Of Sodom And Gomorrah by John Martin.

In the Biblical story, Abraham is resting in the heat of the day when he sees three mysterious strangers, whom the Bible identifies as an appearance of God. Abraham feeds them/God and they/God converse with him and his wife, Sarah, promising the couple that they will have a child in their old age.

Afterward, Abraham goes for a walk with the three men, where God tells Abraham that He is about to destroy the cities of Sodom and Gomorrah (the Bible elsewhere says [Ezekiel 16:49] that this was because of their pride, wealth, and mistreatment of the poor, not, as according to a later Christian tradition, because of their embrace of homosexuality). Abraham argues with God, bartering for the people of the cities, and God agrees that if Abraham finds even ten righteous among them He will spare it. The cities don’t pass the test and thus God destroys them.

In the Quran, Abraham receives the same message as above from angels, not identified as God Himself, as that would seemingly provide theological discomfort to have God be so intimate and familiar with humans. Thus, when Abraham attempts to argue with God, he is simply silenced, once again conveying a more transcendent notion of God at a greater distance from human beings.

Next, see what the West gets right and wrong about women in Islam. Then, read Pope Francis’ recent proclamation that it’s wrong to equate Islam with terrorism and have a look at four historical perspectives on Jesus that might surprise you.