Inside The Story Of Raffaele Esposito And The First Margherita Pizza

Though various versions of pizza have been present in the Mediterranean since time immemorial, Raffaele Esposito created the modern iteration of margherita pizza in 1889.

Americans eat more pizza than any other country in the world. People in the United States collectively order 350 slices of pizza per second or around 30 million slices per day. Indeed, the pizza market was valued at some $45 billion at the end of 2017.

And supposedly, we have Raffaele Esposito to thank for this.

Raffaele Esposito And The Birth Of A Legend

Though some historical accounts gesture to the ancient Greeks and Egyptians as experimenting with early forms of flatbreads like pizzas topped with veggies and the like, the legend of pizza-maker Raffaelo and his honored guests seems to be the most persistent origin story of the classic, Margherita pizza.

By the mid-1800s in Naples, pizza had become a sort of street food. Because the ingredients tomato, mozzarella, and olive oil were widely available in the area at the time, pizza was likely a meal for local peasants. While pizza itself may have been nothing new to Italians, the classic three-ingredient Margherita we know and love today had yet to be born.

Enter Raffaele Esposito, who was popularizing the cheap street food in his own restaurant towards the latter half of the 19th century. He would soon change the composition of the food for centuries to come. 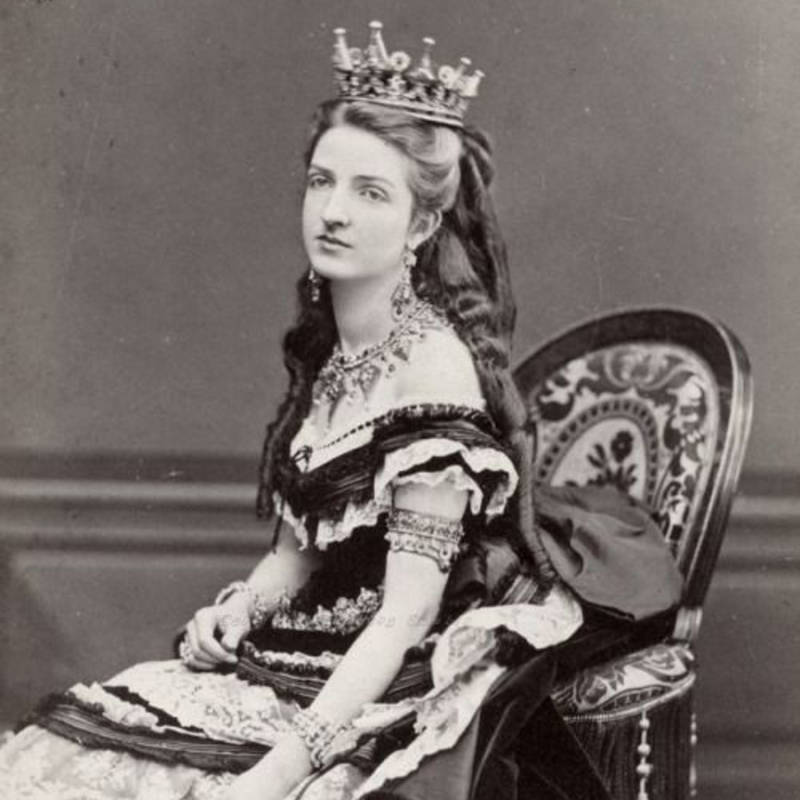 Wikimedia Commons Queen Margherita of Savoy as a young woman, who later become the namesake for the pizza pie.

In 1889, Italian King Umberto I and Queen Margherita of Savoy visited Naples. Legend has it that Queen Margherita wanted the best local food Naples had to offer and their royal chef knew just the guy: Raffaele Esposito.

Esposito was the owner of Pizzeria di Pietro and was no slouch among pizzaiolos, or pizza makers. His wife’s family had allegedly owned and operated one of the oldest pizza places in Naples before he stepped in. Raffaele Esposito, then, was called upon to wow the queen with one of his famous pies.

Rather than risk his reputation on just one pizza, Esposito figured three pizzas would be enough. He brought out one with garlic, or pizza marinara, and another with anchovies. But the queen Queen Margherita’s favorite consisted of but three simple ingredients: mozzarella cheese, basil, and fresh tomatoes. The white cheese, green basil, and red tomato were said to represent the colors of the Italian flag.

Esposito named the pie “Pizza Margherita” in her honor.

Esposito’s fame continued after the royal couple left Naples. The queen herself wrote a letter to Esposito saying she loved the red, white and green pizza. The pizzeria is still in operation in Naples today (under the name Brandi) and has that letter on display for all to see. It’s signed by Camillo Galli, one of the queen’s assistants at the time. 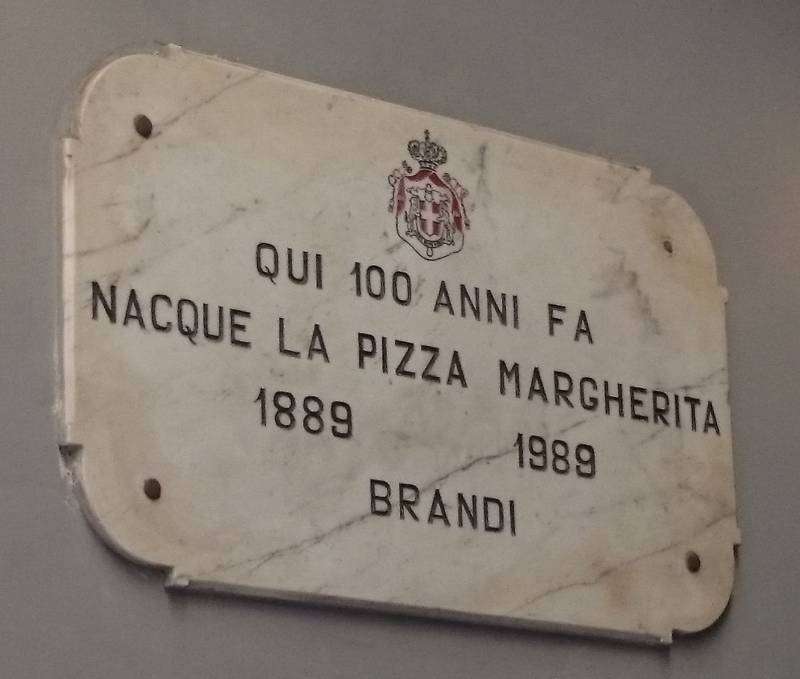 Wikimedia CommonsThe commemorative plaque marking the 100th anniversary of the naming of Pizza Margherita in Naples.

It’s said then that Raffaele Esposito’s famed Margherita spread throughout Europe and across the pond thanks to Italian immigrants. Pizza landed in America for the first time in 1905 with Gennaro Lombardi’s pizzeria in New York City — and yes, it’s still open today, too.

The Disputed History Of Who Invented Pizza

Unfortunately, that sweet legend is not the end of the story. Zachary Nowak, the assistant director of Food Studies at the Umbra Institute in Perugia, Italy, disputes the story altogether and brands it as mere folklore.

Intrigued by the notion that Naples’ best pizza maker happened to make a pizza made of red, white, and green ingredients that match the Italian flag, Nowak investigated the origin story of the Margherita on his own.

He first compared handwritten notes signed by Galli in 1891 which he found in Italy’s national archives, to the letter Galli signed in 1889 and sent to Raffaele Esposito.

The signatures are, to Nowak, clearly not the same. Even the royal seals and royal stationery in use at the time are not the same as one found in the letter to Esposito. Current owners of the pizzeria explain that the thank you note to Raffaele Esposito was simply written by one of Galli’s assistants.

Nowak concludes that the legend was most likely propagated by the Brandi brothers, whose family owns Raffaele’s pizzeria today. He posits that the brothers penned the note in the 1930s as a way to make their pizzeria stand out as this was during the Great Depression and the rise of Benito Mussolini in Italy.

National pride and pizza were two things that Italians had plenty of as the dictators of Europe rose out of the ashes of World War I and proved an effective marketing tactic for the Brandi brothers. 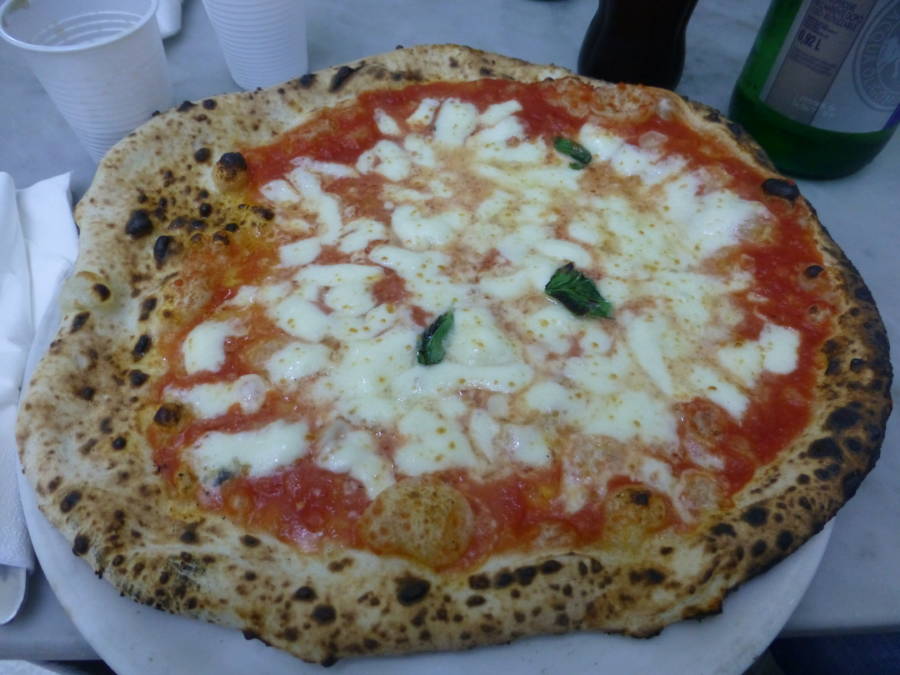 Like any good origin story, the myth of the first Margherita pizza is certainly up for debate, but there’s no arguing that we’re thankful for the creation of it.

After this look at who invented pizza, Raffaele Esposito, check out how these Italian physicists just calculated the equation to make the perfect pizza. Then, read about how this Domino’s promotion went horribly, horribly wrong.