Participants were promised free pizza for 100 years if they got the Domino's logo tattooed on their body. The promo didn't last five days. 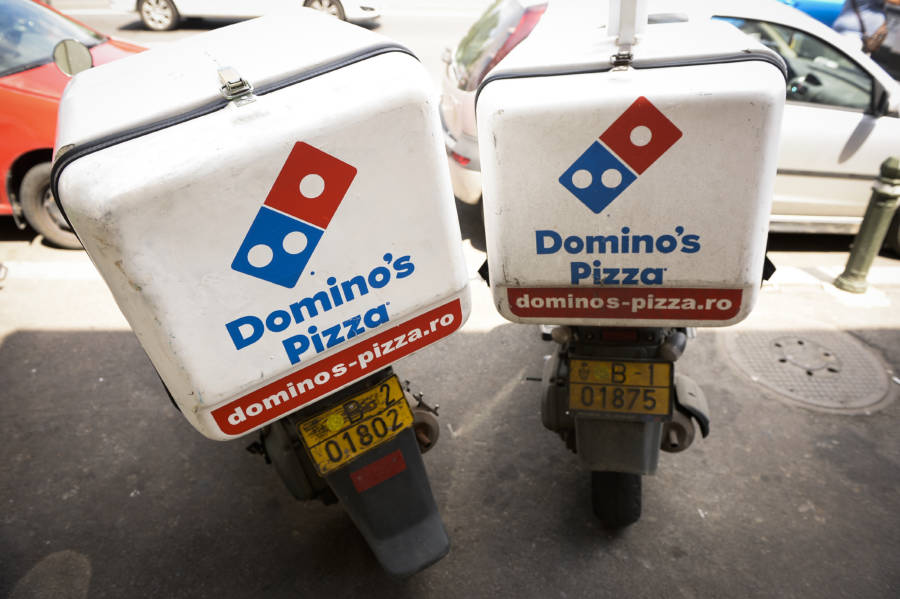 Jaap Arriens/NurPhoto via Getty ImagesDomino’s Pizza in Russia offered free pizza for life as a part of a viral marketing promotional offer.

A Russian branch of the Domino’s pizza company sorely underestimated their consumers when they released a free pizza for life promotion on Aug. 31.

The offer promised 100 free pizzas yearly for 100 years to anyone who got the company’s logo tattooed on their body. Domino’s was ultimately forced to end the promotion early because too many people took them up on their offer.

The offer proved too simple a challenge for Russians, as the promise of free pizza for life could be achieved in just three steps.

First, Domino’s fans were required to get a tattoo of the company’s logo “in a prominent place.” Then, that participant was to post a picture of the tattoo on Instagram, Facebook, or VKontakte (Russia’s version of Facebook), along with the hashtag that roughly translates to “#dominance.” Finally, the participant could go to any Domino’s location to receive their official free pizza certificate:

The promotion was initially intended to run for two months, through Oct. 31. But after just five days, more than 300 posts of tattoos with the promotional hashtag went up on Instagram alone. Domino’s was subsequently forced to shut the operation down as profit losses posed a very legitimate threat.

Domino’s posted an urgent update in regards to the promotion on Sept. 5 via their VKontakte page in which they warned new participants that only the first 350 people that got the logo tattooed would be granted the certificate:

“An urgent message to all those sitting at the tattoo artist’s right now: We’ll include you in the list of participants, but we’re waiting for photos up to midday today. To those with appointments scheduled for later, we recommend canceling them.”

The company seemed to believe that only a few people would be crazy enough to get tattoos of their logo for free food. It seemed like paying a couple of people in pizza for permanent ad space was a pretty even exchange.

Meanwhile, tattoo shops all over Russia probably reaped some benefits from this deal.

Next, check out this gallery of 51 amazing vintage tattoos. Then in other Domino’s news, read about this couple arrested for having sex in the pizza shop.