Rasputin: mystic, mad man, or none of the above? You decide with a fascinating look at his life and fabled death. 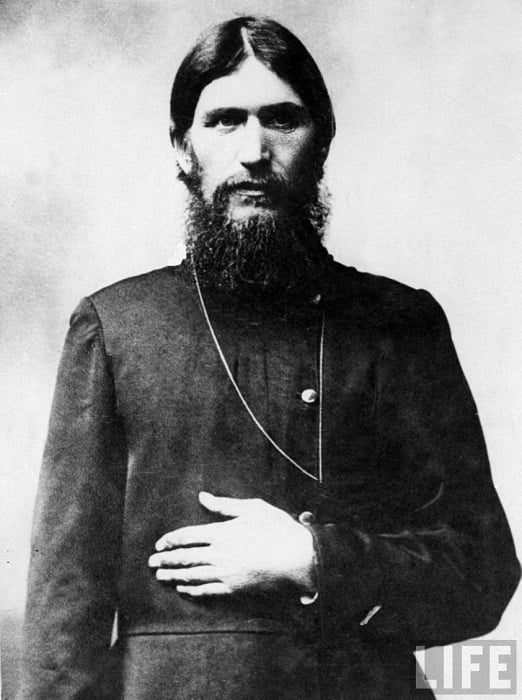 Most people have heard of Anastasia, the daughter of Czar Nicholas II and Alexandra Feodorovna who, according to a trove of rumors, survived her family’s extrajudicial murder in July 1918. Though the rumors were later disproved, general fascination with Anastasia and the tragic story of Imperial Russia’s final sovereign family has garnered extensive attention, and even an animated movie, Anastasia, that was released in 1997.

Though the movie wasn’t historically accurate, Rasputin, the minion-dispatching menace did exist.

According to many eyewitness testimonies, the “man who wouldn’t die” was just as intriguing as the royal family itself.

The Early Years Of Rasputin’s Life

Grigori Yefimovich Rasputin was born in Siberia, Russia in 1869. From an early age, villagers noticed something different about the young boy, and many claimed he had supernatural powers.

As a teenager, Rasputin went to Verkhoture Monastery in Russia hoping to become a monk. He never completed the program, however, and instead married at age 19 to Praskovia Fyodorovna, with whom he had three children. 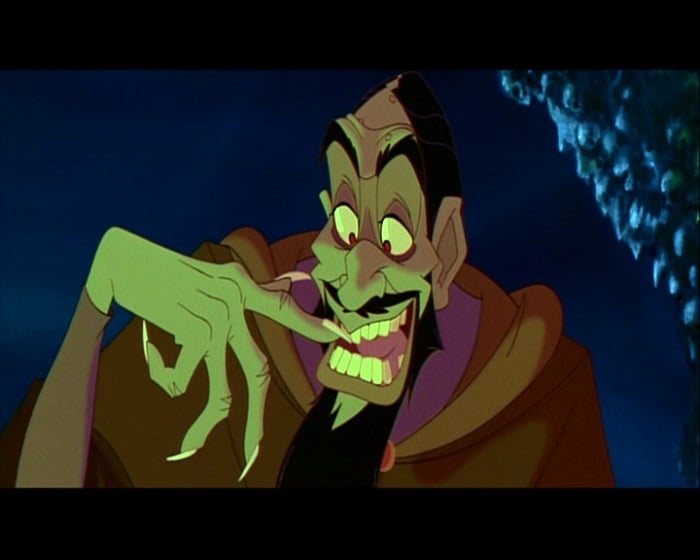 Within two short years following his 1906 arrival in Saint Petersburg, Rasputin was introduced to Czar Nicholas and his wife, both desperately seeking a cure for their son, Alexei, the heir to the throne.

Historians now know that Alexei was a hemophiliac, though at the time the royal family chalked his health problems up to a weak constitution. Rasputin successfully “cured” Alexei, gaining the trust of Alexandra in the process. While some claim that Rasputin hypnotized the boy, others say it was dark magic, and still others wonder if the “mad monk” had any healing powers to begin with. 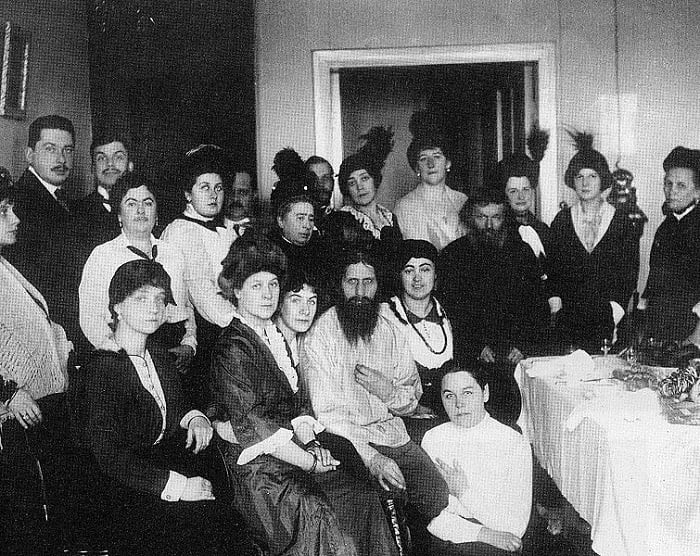 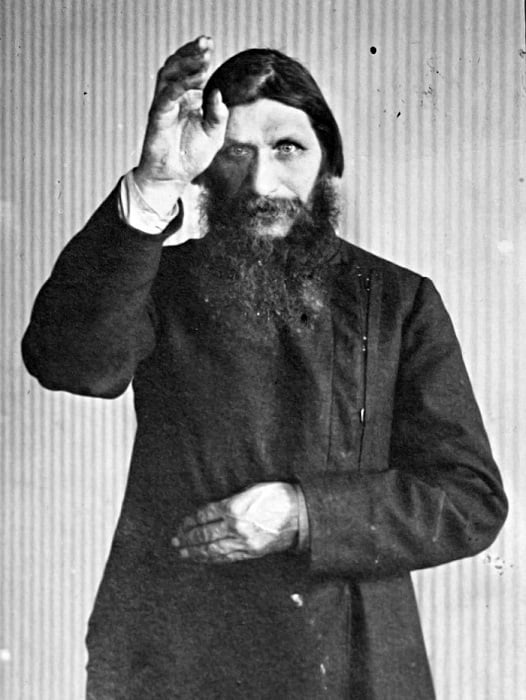 For the next five years or so, Rasputin held a large influence over Alexei’s treatment, however, Rasputin’s presence in the palace and his time spent with Alexandra prompted a number of harsh critiques on the royal family’s credibility.

Rasputin’s lewd, unruly behavior and his insistence that he was the czarina’s adviser proved a bone of contention between the royal family and Russian constituents. Alexandra often defended Rasputin from the many advisers and officers who sought his removal from the royal palace as she claimed that he was the only one who could save her son. 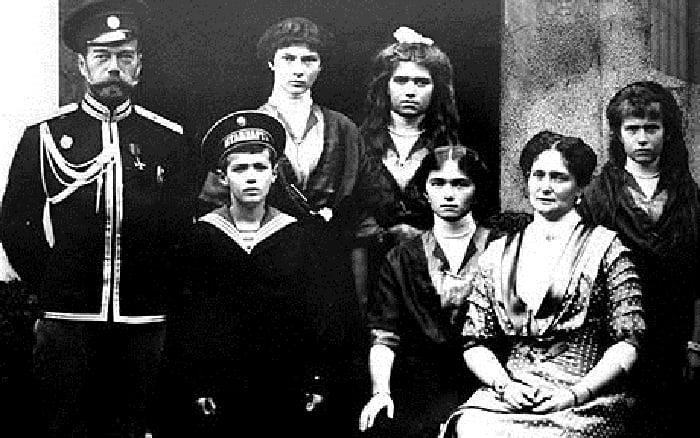 The situation grew worse when Rasputin predicted the tragedy that would befall Russia in World War I, prompting Nicholas to head to war and leave Alexandra in charge of domestic affairs.

During this time, many sought to remove Rasputin from the family’s presence. They called him a witchdoctor, and thought he was using black magic to poison Alexandra’s mind. In reality, though, Rasputin had little influence in political matters. 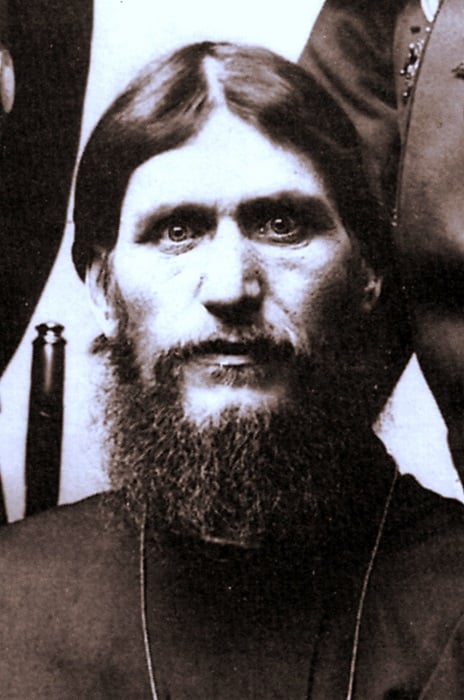 Reportedly, Rasputin’s first assassination attempt occurred in 1914, when the prostitute Khioniya Guseva stabbed him in the gut with a dagger in what was thought to be a mortal wound. Eyewitnesses claim that as Rasputin’s entrails fell from his stomach Guseva shouted, “I’ve killed the antichrist.” Though Rasputin survived the attack, his demeanor changed permanently.

In 1916, the country’s distaste for Rasputin hit an all-time high, and a group of conspirators including Grand Duke Dmitri Pavlovich and Prince Felix Yusupov set out to kill him. Using Yusupov’s wife to lure Rasputin to their home, the conspirators fed Rasputin wine and cakes laced with cyanide. Though it was reportedly enough poison to kill five men, Rasputin was unaffected.

Unperturbed, the conspirators continued their attack by beating him repeatedly, then shooting him in the back and causing him to fall to the floor. Yet Rasputin, much like an antibiotic-resistant pathogen, still wasn’t dead. According to some, Rasputin jumped up violently, only to be shot several more times. The men then wrapped the body in a sheet or carpet and tossed him into the Neva River. 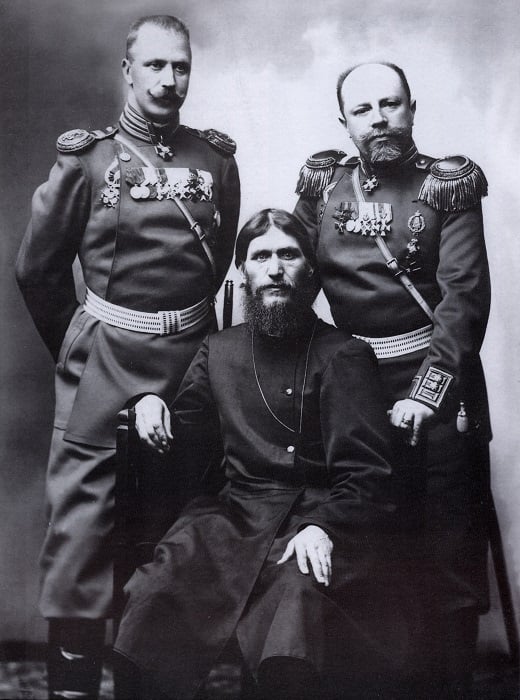 Rasputin’s body was pulled from the water three days later. Though autopsy reports differ, most attest that he was still alive when thrown into the water and that from the positioning of his body, he had tried to break free before either drowning or dying from hypothermia. The exact cause of death has been debated for decades.

Regardless of your thoughts regarding Rasputin’s alleged mysticism, his harsh words came true less than two years later, when the entire family was brought to a basement and murdered.

After you read about the history of Grigori Rasputin, read our other articles on the Romanov family’s last days and the true story of Bloody Mary.