"I do believe that rats are smarter than most people perceive them to be, and that most animals are smarter in unique ways than we think." 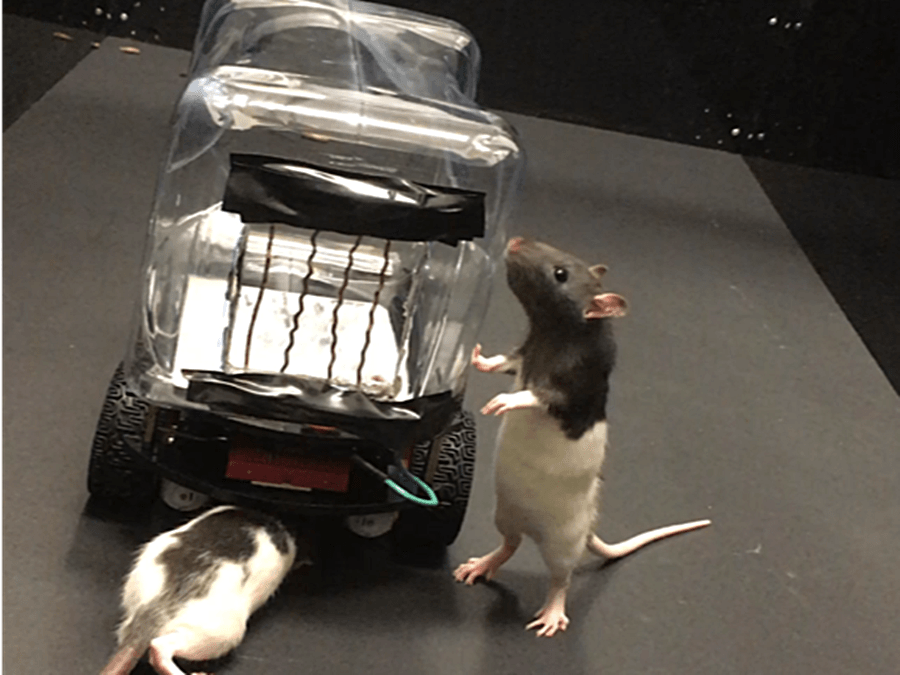 Kelly Lambert/University of RichmondThe study found that rats experience a release of stress after perfecting a new skill, like driving.

In a new experiment that we didn’t know we needed, scientists built tiny cars out of plastic food containers and taught rats how to drive them. Although it may sound like just a good time for the scientists, the study can actually be used to understand how our learning behavior affects our mental capabilities.

As New Scientist reported, a team of researchers from the University of Richmond in Virginia created the experiment to test how brain conditions affect cognitive function.

Similar experiments using animal subjects have typically only been able to capture a small part of an animal’s cognitive skills. But researchers wondered whether rats could learn to master complicated tasks like driving.

To test the theory, the scientists built a tiny car out of a clear plastic container with an aluminum floor and its own tiny wheels. They also created a “steering wheel” out of three copper bars. When the rat stood on the floor of the car and held on to the bars, they would ignite an electrical charge that propelled the small car forward.

The driving rats were able to steer the vehicle by touching the different bars to make the car go in different directions. Using Froot Loop cereal pieces as a reward, the researchers trained the rats to drive the car to collect food placed in different spots in the driving arena — a rectangular box about 4 square meters in size.

The team encouraged the rats to advance their driving skills by creating a variety of obstacles for them to get to the food.

These rats were taught to drive a car.

“They learned to navigate the car in unique ways and engaged in steering patterns they had never used to eventually arrive at the reward,” said Kelly Lambert, the study’s lead author. The self-driving rats showed the animal’s “neuroplasticity,” which refers to their ability to respond and adapt to changes.

The study also showed that how quickly rats picked up new behavior was influenced by the kind of environment they typically live in. In the driving experiment, rats that lived in a complex, stimulating environment appeared to learn how to drive significantly faster than rats who lived in a monotonous laboratory setting.

The 17 rats tested — six female and 11 male — were capable of driving, and even seemed to enjoy it. Researchers found this out by measuring two types of hormones in the rats: corticosterone, which signifies stress, and dehydroepiandrosterone, which counteracts stress.

Sure enough, the level of dehydroepiandrosterone in the rats’ feces increased during the course of their driving lessons.

Moreover, researchers also found that the furry drivers had higher levels of dehydroepiandrosterone in their system compared to the rats that were driven around in remote-controlled cars. Humans exhibit the same kind of stress release after successfully learning a new skill, which is what we call self-efficacy. 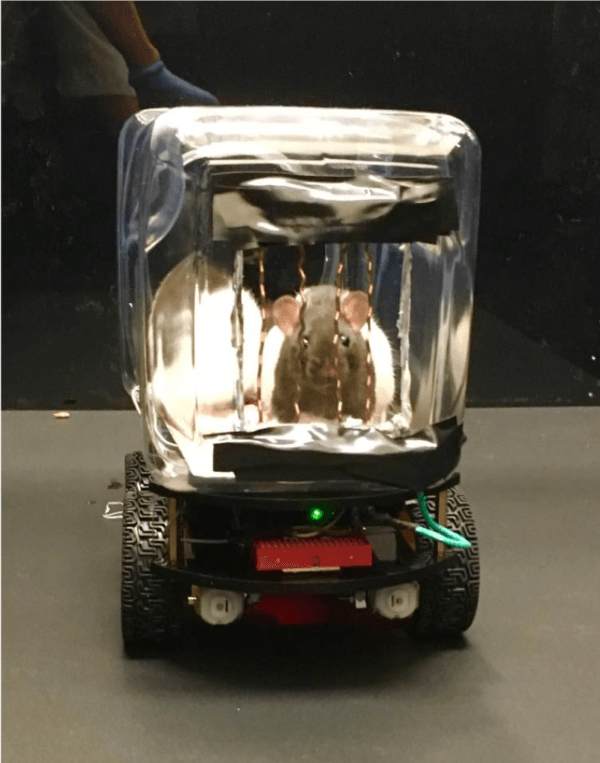 Kelly Lambert/University of RichmondResearchers were surprised to see the rats showing different maneuvering skills during their driving lessons.

So how is this information useful for humans? Well, using more complex driving tests, researchers can take this behavioral study to examine neuropsychiatric conditions, such as Parkinson’s disease, and how they affect a person’s motor skills and spatial awareness. It could also test the effects of depression on motivation.

“If we use more realistic and challenging models, it may provide more meaningful data,” Lambert explained. Details of the study were published in the journal Behavioural Brain Research last week.

Many studies have shown that animals have higher capabilities of completing complex tasks than we originally thought. For instance, a different study recently showed that monkeys have better “cognitive flexibility” than humans when it comes to a problem-solving computer game.

“I do believe that rats are smarter than most people perceive them to be, and that most animals are smarter in unique ways than we think,” Lambert said.

Now that you’ve caught up on the recent study about rats driving tiny cars, find out how dolphins have conversations like humans. Next, learn about Alex the parrot, who may have been the world’s smartest bird.