Reinhard Heydrich: The Organizer Of The Holocaust Who Even Adolf Hitler Thought Was Cruel

Reinhard Heydrich had many nicknames: "the Blond Beast," "the Hangman," and "the Butcher of Prague" — but none of them quite captured just how ruthless he was.

As chief of the Gestapo, Reinhard Heydrich was the man who orchestrated some of the Nazi’s worst atrocities. He was the commanding voice behind Kristallnacht, the German pogrom against Jews in 1938 that foretold the Holocaust.

Heydrich unleashed the death squads known as Einsatzgruppen that marched across Europe to murder every Jewish man, woman, and child they could get their hands on. He chaired a conference that executed the Final Solution to the “Jewish Question” that resulted in the deportation and genocide of Jews in German-occupied Europe. 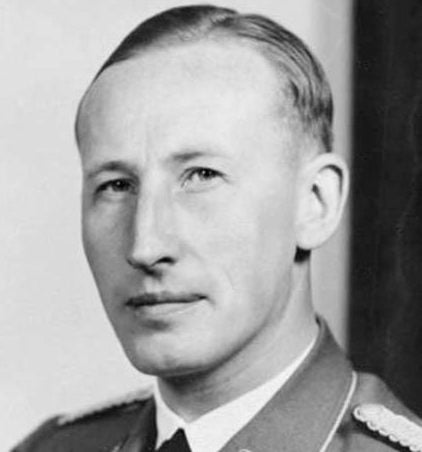 Wikimedia CommonsThe assassination of Reinhard Heydrich so angered Hitler that he unleashed a massacre on the country of his killers.

Even Adolf Hitler recognized how fearsome Reinhard Heydrich was, and once referred to him as having “a heart of iron.” He was the coldest and harshest of the Nazis, the man who was called in when an unwavering fist was needed.

The Man With The Iron Heart 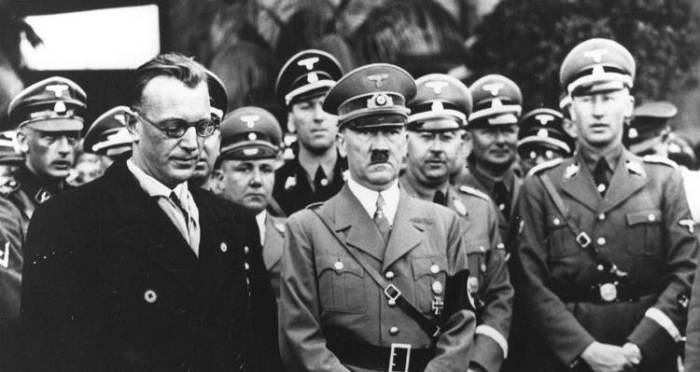 Reinhard Heydrich was born on March 7, 1904, in Halle an der Saale, Germany. His father was a singer and German nationalist who frequented the upper echelons of German society. His mother was a practicing Catholic. From their comfortable life in high society, both parents instilled their three children with patriotic views that would later guide their lives.

At school, Heydrich was isolated. He was often bullied for his feminine voice and shy demeanor. There was also a rumor that he was of Jewish ancestry. Consequently, Heydrich spent much of his time alone and focused on his studies. Though a talented athlete, he was also deeply introverted.

When the Germans lost World War I, Heydrich was quick to come to the defense of his country. As Germany descended into a state of civil and political unrest, an atmosphere that would later facilitate the rise of Hitler, 15-year-old Heydrich enlisted in a paramilitary Freikorps unit. He would later join the National German Protection and Shelter League which was an anti-Semitic group.

Heydrich enlisted in the German Navy in 1922 but he was later dismissed on “conduct unbecoming to an officer and gentleman.” He was apparently too much a womanizer — even for the Navy — as he had refused to marry a shipyard director’s daughter with whom he had had an affair. He did marry one of those women he chased, though, Lina von Osten, in 1931.

Lina was a member of the Nazi party and it was through her that Heydrich was ultimately introduced to Heinrich Himmler, a high-ranking officer in the party. The connection between the two men was instantaneous.

When Heydrich married Lina that same year, he asked Himmler and Ernst Röhm to be the godfathers of his first child.

Himmler hired Heydrich the very year they met to establish a security unit within the Nazi party. Heydrich developed a security service known as the Sicherheitsdienst, or SD. Under Heydrich, this unit became the most valuable intelligence agency in the party and after Hitler became chancellor, the SD was appointed as the sole intelligence agency under the Third Reich.

The SD would replace the powerful SA storm troopers headed by Ernst Röhm — a replacement that would end in a bloody purge known as the Night of the Long Knives.

Heydrich rose the ranks in the Reich quickly and was promoted to SS General before he was 30. He was almost ousted from the Party when his enemies within the Party brought the rumors of his Jewish ancestry up. But even Hitler conceded that Heydrich was a “very dangerous man, whose gifts the movement had to retain.”

Heydrich was responsible for finding and ousting any and all enemies of the Nazi party. Now when rumors regarding his ancestry were uttered, Heydrich could have the gossiper jailed: something he actually did.

Meanwhile, Heydrich and Himmler drafted specific outlines for “visible” enemies of the state, or rather, those who were not worthy of living in the new regime, like Jews, Roma, and Sinti. In 1938, Reinhard Heydrich orchestrated the first overtly violent event against German Jews, Kristallnacht.

This night resulted in the burning and destruction of Jewish businesses as well as the deaths of many German Jews. Heydrich ordered that “As many Jews — particularly affluent Jews — are to be arrested in all districts as can be accommodated in existing detention facilities.”

The next year, Heydrich ordered the death squads known as the Einsatzgruppen to follow the German Army along the eastern front to do away with the Jews across eastern Europe. “The area,” Heydrich’s orders read, “is to be cleared of Jews.”

At first, he had the death squads round up every Jewish person they could find and throw them into ghettos. Later, though, his orders would become even more brutal. The Jews of eastern Europe, he commanded, were to be dragged out of their homes and massacred on the spot via firing squads and gas vans.

The Final Solution to exterminate the Jews was carried out under Reinhard Heydrich’s orders. He chaired the Wannsee Conference, a meeting between the top officials of the Nazi Party in which they discussed the details of executing the Holocaust.

There, he presented a list of the 11 million Jews in Europe and where they lived. They were to be tracked down, rounded up, and thrown into death camps. Not a single one was to be spared. 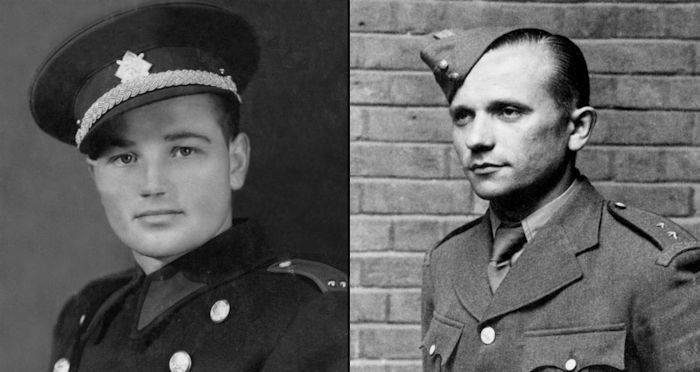 Meanwhile, Jan Kubiš and Jozef Gabčík, though, had no idea that the Final Solution was underway. Instead, they were after Reinhard in a bid of personal vengeance for the horrors he had wreaked on their home in Czechoslovakia.

Hitler had made Heydrich the Reich Protector of Czechoslovakia after complaining that the last one, Konstantin von Neurath, was too “soft.” Heydrich had sworn not to go easy on the conquered Czechs. He would, as he put it, make “this Czech garbage into Germans.”

Within three days of arriving in Prague, Heydrich executed 92 people. Then, to ensure that the rest lived in terror, he filled the city with posters bearing the names of those he had killed.

His rule as the de facto dictator of Czechoslovakia was a bloodbath. In the short five months he spent there, an estimated 5,000 people were sent to death camps.

The plan of the Czech government-in-exile together with the British Special Operations Executive was called Operation Anthropoid, and intended to kill Heydrich on a road in Liben between Heydrich’s home and Prague. Kubiš and Gabčík set up an ambush by a sharp bend in the road outside of Prague, as when Heydrich drove by, his driver would have to slow down and present their best chance to strike.

As the car made its way around the bend, Gabčík jumped out of the bushes with a machine gun in his hands and took a stand directly in front of Heydrich’s car. He stared down the “Butcher of Prague” and pulled the trigger. Nothing happened; Gabčík’s gun had jammed.

Heydrich didn’t run. He didn’t even flinch. He ordered his driver to stop the car, stood up, and pulled his pistol on Gabčík. He could take his time: Gabčík was frozen, still struggling with the gun that had betrayed him.

He would have died then and there if Kubiš hadn’t acted in time. Kubiš rushed in and threw a makeshift bomb right at the car. This one went off – but in his hurry, Kubiš had gotten so close that he nearly blew himself to pieces in the process.

Still, Reinhard Heydrich refused to die. He crawled out of the smoldering remains of his car, gun in hand, and opened fire. 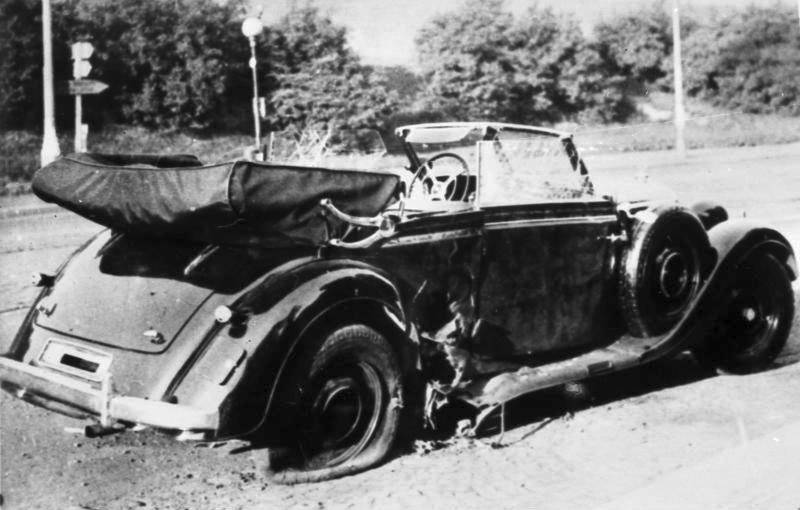 Wikimedia CommonsReinhard Heydrich’s car after the attack on May 27, 1942.

Kubiš jumped on his bicycle and pedaled away, but Heydrich went after him. He chased after him on foot for half a block, firing his gun blindly toward the man who had tried to kill him. Then the shock hit him. Heydrich’s legs gave way underneath him and he collapsed to the ground.

His driver tried to chase Gabčík, but Gabčík shot his pursuer twice in the leg and escaped through a butcher’s shop. As Heydrich watched his assassins escape, he gripped onto the side of his ribs. There was nothing there but blood and mush. For perhaps the first time, Heydrich realized that he was going to die.

Reinhard Heydrich ultimately did die on June 4 after his wounds became infected and he developed sepsis. The architect of the Holocaust was 38-years-old when he died.

The Massacre At Lidice 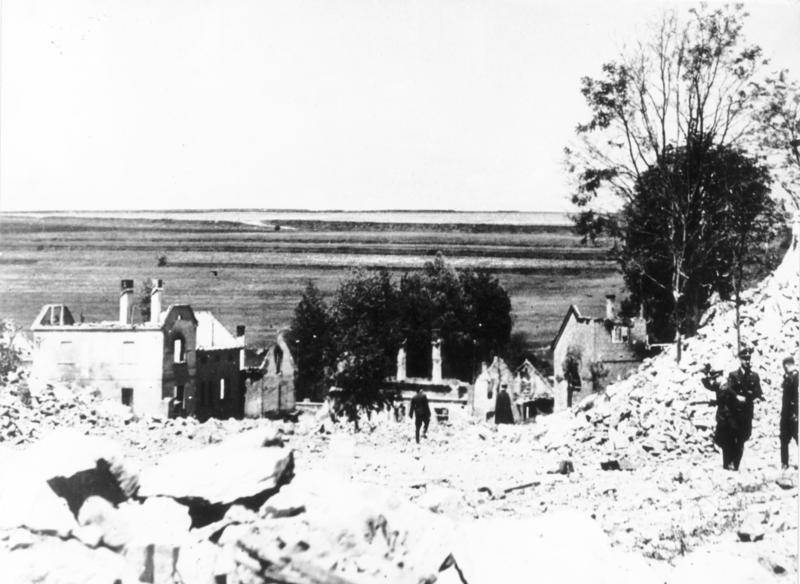 Wikimedia CommonsLidice after the destruction by the Nazis in 1942.

Adolf Hitler swore revenge for the assassination of his most ruthless subordinate. “Nothing can prevent me from deporting millions of Czechs if they do not wish for a peaceful coexistence,” he raved.

An early mistake led to a massacre. The Nazis had heard that the assassins were hiding in the villages of Lidice and Ležáky, and they pounced. Every man over 16 was shot on the spot, while the women and children were dragged off to the death camps. Then the towns were burned to the ground and the ruins leveled.

Hitler would keep spilling blood, he warned the people of Czechoslovakia, until they brought him the men who had killed Reinhard Heydrich. The terror was enough to motivate one man, Karel Čurda, to give Kubiš and Gabčík up. He personally led the Gestapo to the church in Prague where Reinhard Heydrich’s assassins were hiding.

Soon, the church was surrounded by 800 SS soldiers. They tried to flush Kubiš and Gabčík out with tear gas and gunfire, then blew a hole in the wall with explosives and stormed in.

Kubiš holed up in a prayer loft with two other resistance fighters and fought for his life. The three managed to hold off the SS for two hours, but they couldn’t hold out forever. In the end, a stormtrooper’s bullet took Kubiš.

Gabčík and most of the others went down to the crypt and committed suicide, a fate preferable to being taken alive by the SS.

But the efforts of the two men was well worth it. When they killed him, Reinhard Heydrich had been on his way to meet with Hitler in Berlin. He was going to be relocated to France in order to crack down on the resistance there with all his fury. 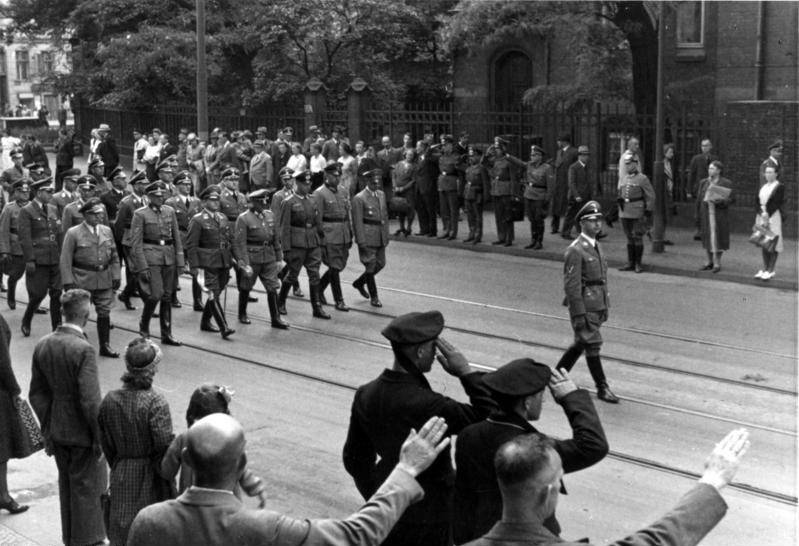 Reinhard Heydrich was given two ceremonies upon his death, the first on June 7, 1942, in Prague. His coffin was then transported via train to Berlin where a second ceremony was held in the new Reich Chancellery two days later.

The Holocaust, though, carried on, and the mass genocide of the Jewish people was carried out on a scale beyond anything anyone had ever imagined.

The Final Solution was renamed “Operation Reinhard” as a gesture of respect. It would be his legacy: for the rest of history, the Holocaust would carry the name of Reinhard Heydrich.

To the man with the iron heart, it would have been an honor.

After this look at Reinhard Heydrich, learn the twisted stories of Irma Grese and Oskar Dirlewanger, two of the most sadistic Nazis.