Deforestation has decimated the territories of uncontacted and isolated tribes in the Amazon — of which at least 100 remain. Unfortunately, they just mistakenly killed one of their biggest advocates. 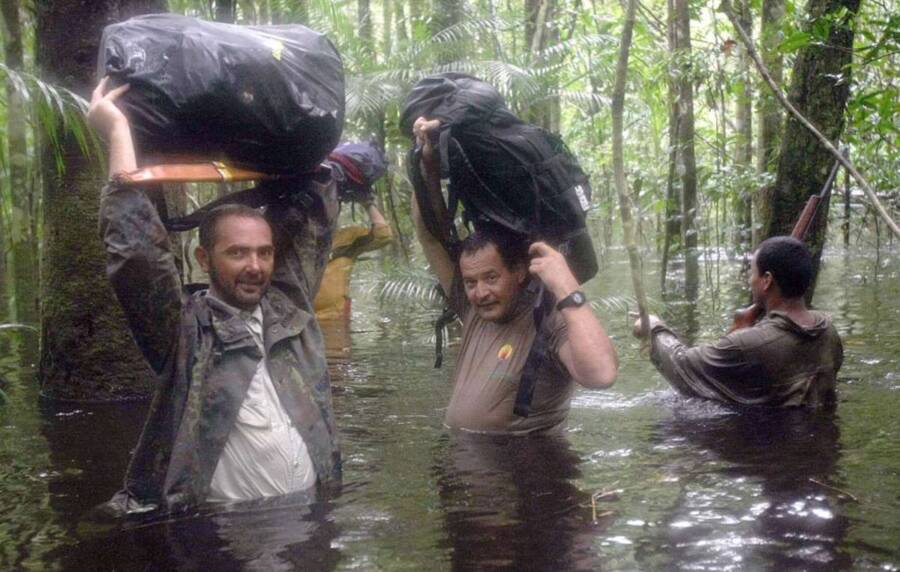 TwitterRieli Franciscato (center) and his team in the Amazon rainforest.

While increasing deforestation has decimated large swaths of the Amazon, there are still at least 100 isolated groups surviving in Brazil’s jungles. Prominent government advocate for their plight Rieli Franciscato recently met with the Uru Eu Wau Wau tribe — and was killed by an arrow to the chest.

According to IFL Science, the harrowing altercation appeared to be a tragic misunderstanding. As part of the government’s Indigenous Affairs Department (FUNAI), Franciscato was tasked with protecting tribes and Indigenous territories in Rondônia. Unfortunately, not all nearby tribes were aware of that.

FUNAI had received reports that illegal loggers, miners, and cattle ranchers were coming into violent contact with isolated peoples near the border of Uru Eu Wau Wau territory. When Franciscato and his team set off to mediate and deescalate, they were met with a hail of arrows — one of which was fatal.

“Rieli dedicated his life to the last second doing what he loved most: fighting for the peoples of the forest,” said Kanindé, an NGO founded by Franciscato in the 1980s, in a statement. “An excellent, serious, and dedicated professional, [he will leave] an impeccable legacy in the Amazon for decades.”

According to Survival International, Franciscato was one of FUNAI’s most tireless Sertanistas, or agents operating in the jungles to protect tribes from outsiders. His last assignment took him to the Uru Eu Wau Wau border where several uncontacted natives had emerged in recent months.

Most of the forest surrounding the tribe’s territory has been destroyed or occupied by loggers and ranchers. Several fires were started inside and outside the reserve last year, with the encroaching businessmen eager to take over the reserve — and threatening to keep burning it.

It was this increased conflict between outside parties and Indigenous tribes that Franciscato hoped to settle. Unfortunately, his peaceful encroachment was indistinguishable from the more nefarious alternative — and saw a tribe known as the “isolated group of the Cautario River” defend their land.

Photojournalist Gabriel Uchida told AFP that this tribe was previously known as “a peaceful group,” and that “the last time they appeared in the region was in June. This time, there were only five armed men, a war group. This means that something must have happened for them to seek revenge.”

“The uncontacted Indians may well have mistaken Rieli, one of their closest allies, for one of their many enemies who threaten their survival,” said Sarah Shenker, Senior Researcher at Survival International. 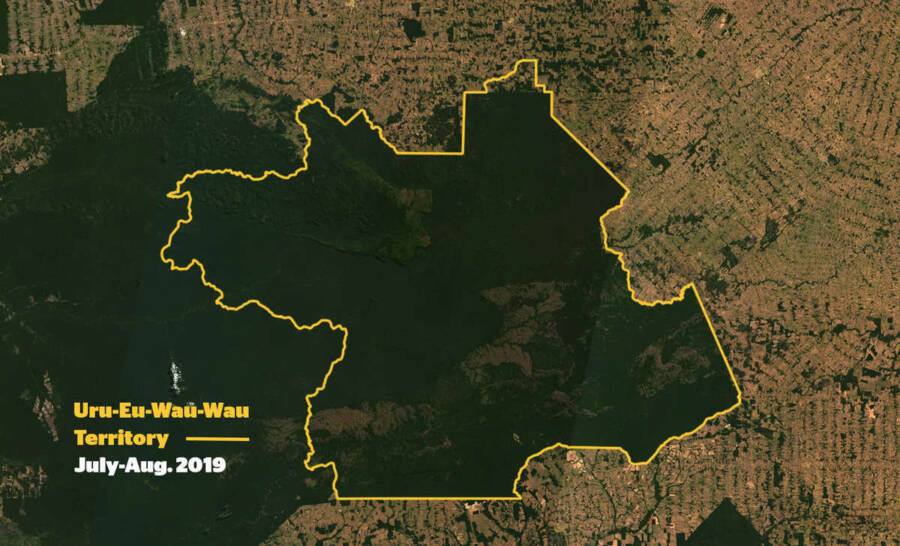 “They’ve been pushed to the edge and there’s only one solution: protect their territory from all invasions so they can survive and thrive,” added Shenker.

Though Franciscato was rushed to the nearest hospital, the chest wound proved fatal. While it remains unclear which specific Indigenous tribe was responsible for the assault, it appears that either the Uru Eu Wau Wau or the “isolated group of the Cautario River” were at fault.

The former has been a tribe of hunter-gatherers for generations. They were first contacted by government agents in 1981, when Brazil’s official policy was for any uncontacted tribes to be forcibly contacted. Now an isolated group, some of the Uru Eu Wau Wau’s neighbors remain uncontacted.

While the Brazilian government has largely left them alone following 1991’s official land rights recognition, those in business of their own have increasingly poked and prodded at the tribe and its land. Unfortunately, well-intentioned men like Franciscato have born the brunt of this tension.

“The last thing Rieli would want is for the government and the invaders to use his death as an excuse to target the Uru Eu Wau Wau territory even more aggressively, or to make forced contact with the uncontacted Indians,” said Shenker.

“This would be fatal and any attempts will be met with immediate opposition from Indigenous peoples and their allies around the world.”

After learning about the Indigenous peoples advocate who was killed by an arrow to the chest, read about the Amazon tribe members who were “killed and chopped up” by gold miners. Then, learn about the uncontacted Awá-Guajá tribe — Earth’s most threatened Indigenous group.