The Heartbreaking Story Of Robert Turner, The Boy Whose Mother Died Because 911 Failed Him

Five-year-old Robert Turner of Detroit watched as his mother Sherrill died from a heart condition in February 2006 — all because two 911 operators thought his desperate calls for help were a prank.

Robert Turner was only five years old when his mom collapsed in their Detroit, Michigan, home on Feb. 20, 2006. The terrified boy dialed 911 only for emergency operators Sharon Nichols and Terri Sutton to threaten to call the police if Turner didn’t let them speak to his mother — who was already dying and couldn’t talk. 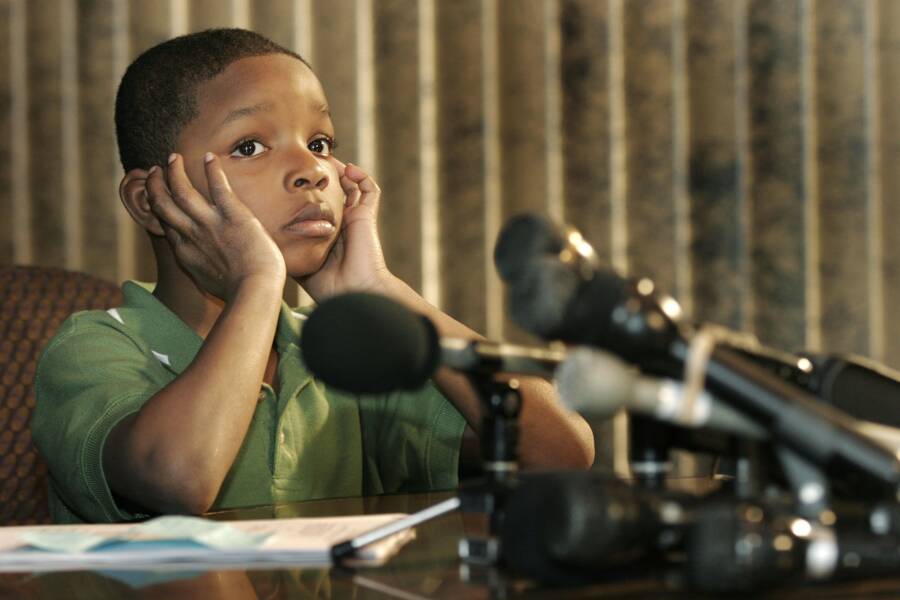 When they finally did arrive in place of an ambulance, 46-year-old Sherrill Turner had already died of a heart attack while Robert Turner could only look on in horror. Her family filed a wrongful death lawsuit for $1 million, and the incident even led to the unprecedented conviction of a 911 operator for willful neglect of duty — and calls to overhaul the emergency dispatch system as we know it.

The fateful day in question started like any other and seemed like a routine Monday for the Turner family. Their tragic loss came without warning shortly before 6 p.m., when Robert Turner witnessed his mother fall unconscious in her bedroom. The young boy responsibly dialed 911.

“My mom has passed out,” said Robert Turner.

This first call at 5:59 p.m. was received by emergency services operator Sharon Nichols. The 43-year-old asked him where his father was, which the 5-year-old boy misunderstood. When asked if she could speak to his father, Turner said: “She’s not gonna talk.” Remarkably, Nichols scolded Turner before ending the call.

“OK, well, I’m going to send the police to your house and find out what’s going on with you,” said Nichols.

Neither police officers nor emergency medical technicians responded to the scene. 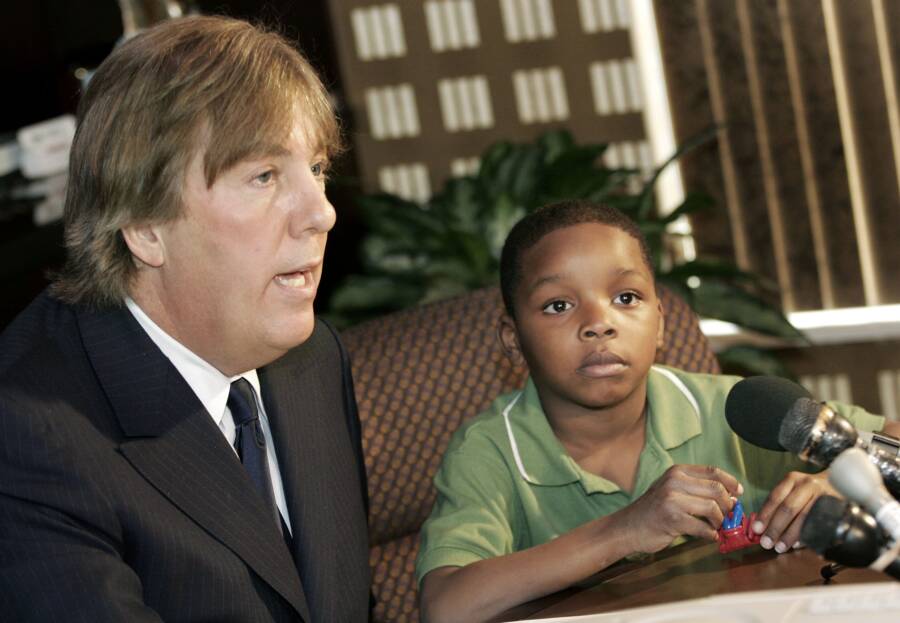 Robert Turner spent the next three hours watching his unconscious mother deteriorate. She had tragically already died of complications from an enlarged heart by the time Turner called 911 again at 9:02 p.m. Operator Terri Sutton not only scolded him but dispatched an officer to the apartment on 1950 Spruce Street to chastise the boy.

“It was taking too long,” said Turner about why he called 911 a second time. “And she said the same thing.”

After police finally arrived at 9:40 p.m., Sherrill Turner was pronounced dead and her son was placed in the custody of his relatives Delaina and Tyrone Patterson. Family attorney Geoffrey Fieger brought suit against Sharon Nichols, Terri Sutton — and the City of Detroit, itself.

“Had somebody even followed up and sent a policeman like they did on the later call, really, to admonish Robert, rather than to help his mother, perhaps we wouldn’t be here,” said Fieger. “But no one came at all.”

“All that happened was that Robert was threatened and, really, intimidated from doing what his mother had taught him to do, which was to make an emergency call in an emergency situation.”

The Aftermath Of Sherrill Turner’s Death

When Geoffrey Fieger took Robert Turner’s case, he had already established himself as the attorney who represented Jack Kevorkian — the infamous pathologist who stood trial for the assisted suicides of terminal patients. He argued that negligence caused Sherrill Turner’s death.

“We believe firmly that his mom would have survived had help come within those critical few minutes,” said Fieger. “We also are going to show that this is not an isolated occurrence. This is happening much more often than people think. And if this tape didn’t exist, no one would believe Robert.”

“We teach our children in the face of an emergency to call for help and call 911. But when children call and ask for help they’re ignored, they’re dismissed, and they’re threatened.” 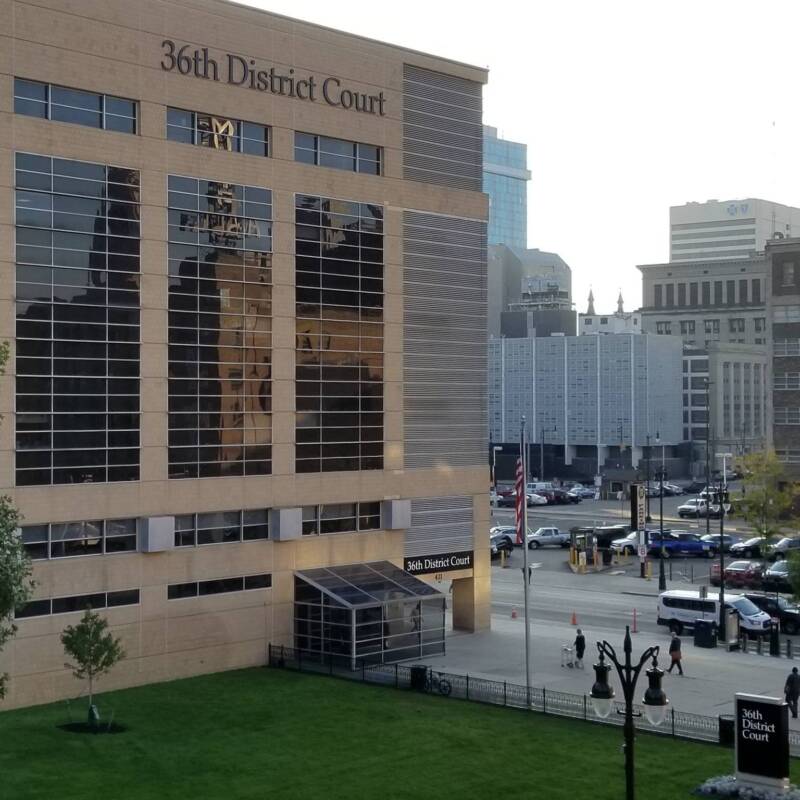 Charged with one count of willful neglect of duty, both Terri Sutton and Sharon Nichols stood trial in Detroit’s 36th District Court in early January 2008. Sutton was essentially accused of ignoring standard protocol by requesting a police dispatch rather than emergency services, but had her charged dismissed on Jan. 16.

As for Nichols, she initially argued that she couldn’t properly hear Robert Turner over the phone. With the emergency dispatch conversations logged into evidence, however, prosecutors had no trouble convincing the jury of five women and one man that she could — and found her guilty after a five-day trial on Jan. 18.

“We are thrilled that the jury found Ms. Nichols’ defense to be without merit,” said Assistant Wayne County Prosecutor Lora Weingarden. “Her defense was that she could not hear the child. If that were true, how could she tell it was a prank call?”

While Weingarden and Fieger were satisfied with the verdict, they urged 911 operators across the country to take calls seriously and alleged improper training had likely caused many wrongful deaths before. But no matter the consequences for the operators or the overhauls to the system, nothing will ever bring Robert Turner’s mother back or erase the pain of that one horrifying night in 2006.

After learning about Robert Turner, read about Debra Stevens’ 911 call and her tragic final moments. Then, learn about teenager Devonte Hart being murdered by his adoptive mother.