The Story Of Captain Samuel Bellamy, ‘The Robin Hood Of The Seas’ And The Richest Pirate To Ever Live

Operating for just one year from 1716 to 1717, Black Sam Bellamy captured 53 ships and plundered $140 million worth of treasure, dividing it equally among his crew. 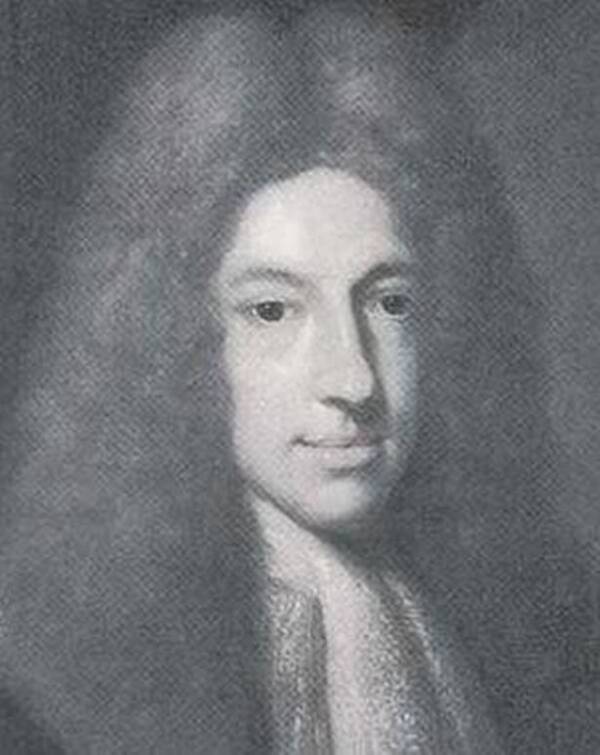 They called him Black Sam Bellamy. And though the nickname suggests a fearsome pirate, Samuel Bellamy did not have a reputation as a marauding and violent captain. On the contrary, he was fair to those he pillaged and generous to his crew. His nickname, instead, comes from his unpowdered black hair.

Though he was said to be gentle and just, Sam Bellamy still amassed an enormous fortune by robbing other vessels. From 1716 to 1717, he and his crew plundered more than $140 million in treasure.

But they lost it all — and their lives — in a terrible shipwreck off the coast of Massachusetts. And even though he didn’t set out to be a pirate, Samuel “Black Sam” Bellamy has gone down in history as one of the most notorious there ever was.

And today, underwater archeologists are still sorting through all the gold, silver, and jewels that Bellamy’s ship left in its watery grave.

How Samuel Bellamy Became A Pirate 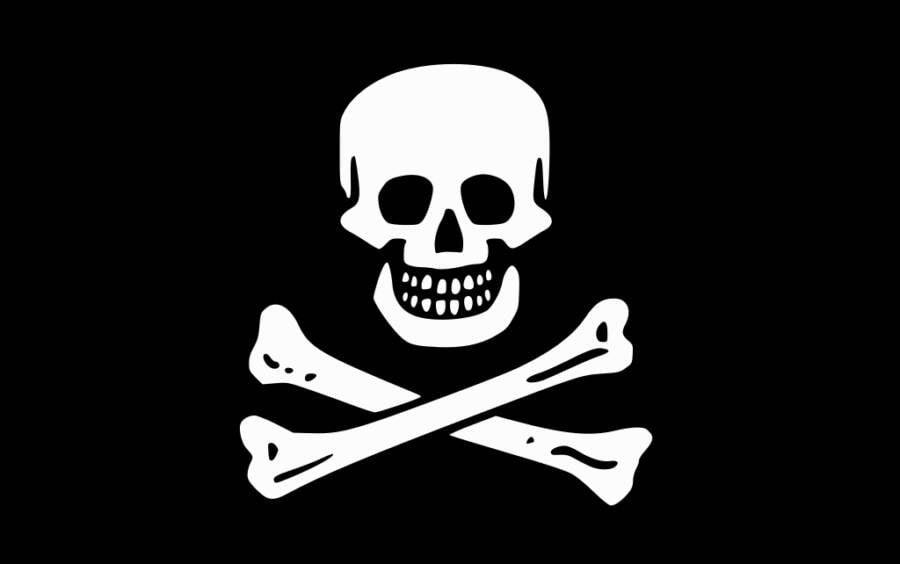 Born around 1689 in western England, Samuel Bellamy took to the seas at a young age. He didn’t have much to keep him at home. Bellamy’s mother died young, and his family struggled in poverty.

According to local lore, Bellamy settled in Cape Cod, Massachusetts, where he had an affair with a young woman named Maria Hallett. Hallett’s family may have disapproved of the young, poor sailor. So, Bellamy left her side to make his fortune.

But on his path to riches, Bellamy took a detour. Failing to find treasure in a Spanish shipwreck in the West Indies, Bellamy “went on the account.” In other words, he gave up civilized life to become a pirate.

Bellamy joined the crew of famous privateer Captain Benjamin Hornigold on the Mary Anne. There, he may have crossed paths with Hornigold’s first mate, Edward Teach, who later built a reputation for himself as the wild-eyed pirate Blackbeard.

And it was on the Mary Anne that Bellamy’s transition from legal privateering to illegal piracy began.

The crew mutinied when Hornigold said he wanted to stop capturing British ships. Bellamy gave the men a choice: return home in debt, or raise a black flag and become pirates. Almost unanimously, they voted to make Bellamy captain and hoist the black flag, onto which a crewmember had sewn a skull and crossbones.

“This flag represents not death, but resurrection,” he told them. “Never again will you be slaves of the wealthy. From this day, we are new men. Free men.”

“Robin Hood” And The Capture Of The Whydah 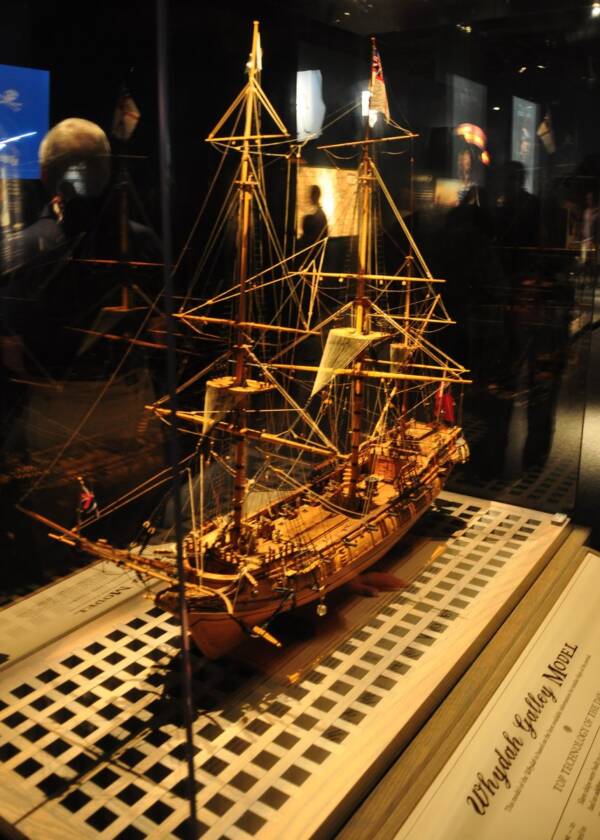 As a pirate captain, Samuel Bellamy cut a “dashing figure.” He wore a long velvet coat, knee breeches, silk stockings, and buckled shoes. Famously, “Black Sam” Bellamy never wore a powdered wig. Instead, he wore his black hair long and tied it with a satin bow.

But Bellamy was not only dashing — he was democratic. He treated everyone under his command equally, including a third of his crew who were Black and formerly enslaved. In return, Bellamy’s pirates were loyal to their captain. They called him “Robin Hood of the Seas” because he stole from the rich and shared plundered treasure with his shipmates.

Indeed, Bellamy saw himself as a Robin Hood figure.

“They vilify us, the scoundrels do,” he once declared, “when there is only this difference, they rob the poor under the cover of law, forsooth, and we plunder the rich under the protection of our own courage.”

He and his crew seemed to strike it rich at the end of February 1717, when they captured a slave ship called the Whydah. Having sold its human cargo in Jamaica, the ship reportedly held more than four and a half tons of gold and silver.

But the treasure-filled Whydah would also be their undoing. 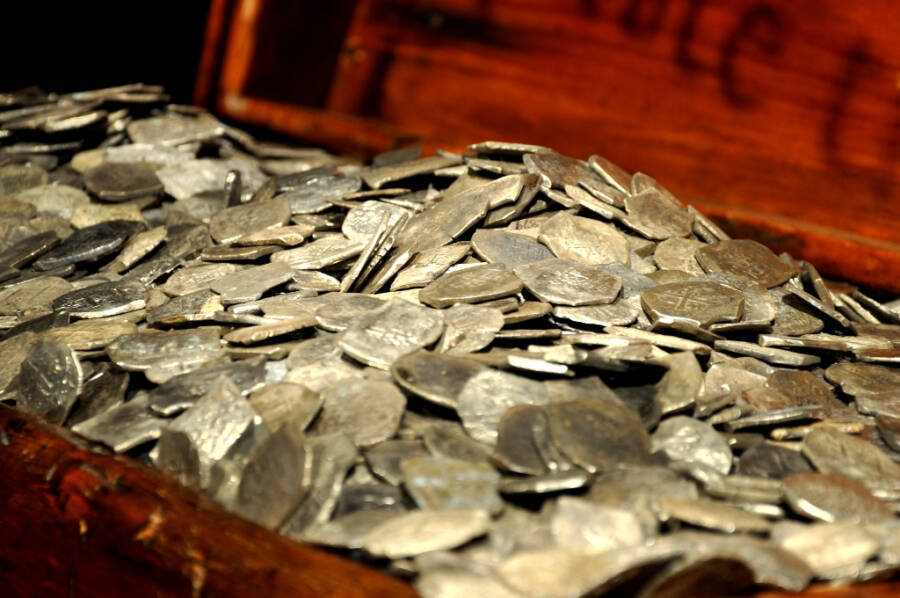 For about a year, Samuel Bellamy and his pirates sailed triumphantly around the Caribbean and the Atlantic. They captured more than 50 ships and amassed a fortune that, adjusted for inflation, reached over $140 million, making him and his crew the richest pirates to ever exist.

But in April 1717, Bellamy decided to return to Cape Cod. Perhaps hoping to prove himself to Hallet’s family, he allegedly told his crew: “Lads, we’ve gotten enough. It’s time to go home.”

His luck, however, had run out. As Bellamy and his pirates sailed toward home, a terrible storm suddenly whipped up off the coast of Massachusetts. And on April 26, 1717, the mighty Whydah plunged into the dark sea, taking its treasure and Bellamy’s crew with it.

All but two men perished in the wreck. And, for years, it remained untouched beneath the waves. It wasn’t until 1984 that underwater explorer Barry Clifford discovered the Whydah off the coast of Wellfleet, Massachusetts. To this day, the discovery remains the only pirate shipwreck ever found from the Golden Age of Piracy.

Since then, divers have recovered over two hundred thousand artifacts, including cannons, thousands of coins, 400 pieces of jewelry, and more.

But divers are hoping to recover something even more valuable. They’re hoping to find Sam Bellamy’s remains. And in February 2021, divers found human bones in the Whydah that might belong to Samuel Bellamy — the dashing, democratic, “Robin Hood” of the high seas.

After reading about Samuel Bellamy, learn about some women pirates who also adventured on the high seas. Grace O’Malley was known as a “pirate queen” in her day, and Anne Bonny became a legendary marauder in the 18th century.