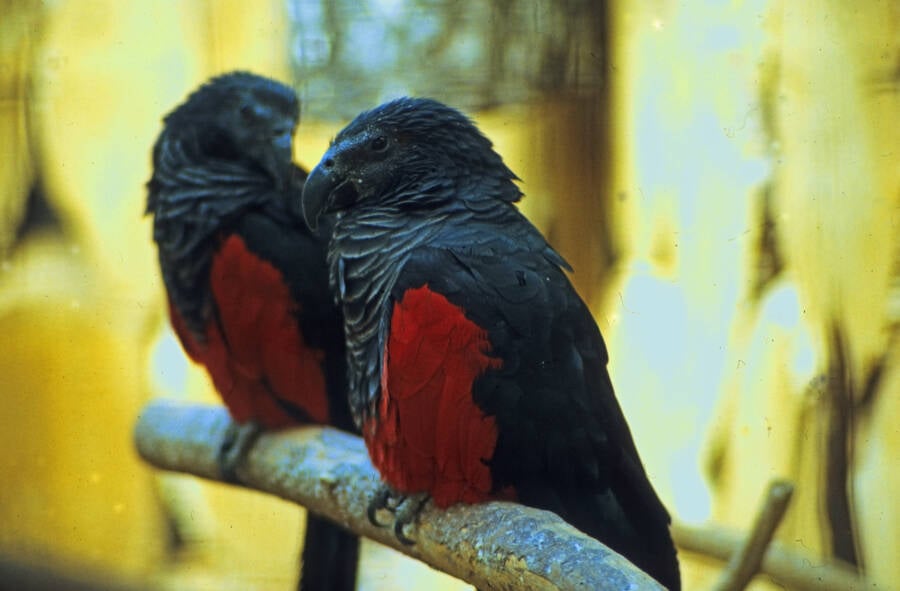 With an aesthetically grim appearance and official designation as rare, the Dracula parrot has certainly earned its name. Endemic to the jungles of New Guinea, the vulture-parrot hybrid might just be the most gothic bird on Earth, with its black and red body that resembles a cape.

As with every avian creature on our list, the Dracula parrot’s eyes are beady and unflinching in their relentless quest for prey. With a vulture-like beak that slopes forward and down, one wouldn’t want to be at the receiving end of its bite.

Initially dubbed Pesquet’s parrot and formally called Psittrichas fulgidus, this bird is the only member of its genus. Its genus, in turn, is the only one in its biological subfamily. In that sense, the bird’s unique vampire-influenced name is just as unique as its standing in the animal kingdom.

Despite its grim looks, this bird is no vulture. Unfortunately for Dracula Parrots, its primary diet of hard-to-find figs has only exacerbated their endangerment. In fact, their bald heads evolved specifically to keep the syrup from these fruits out of their feathers. 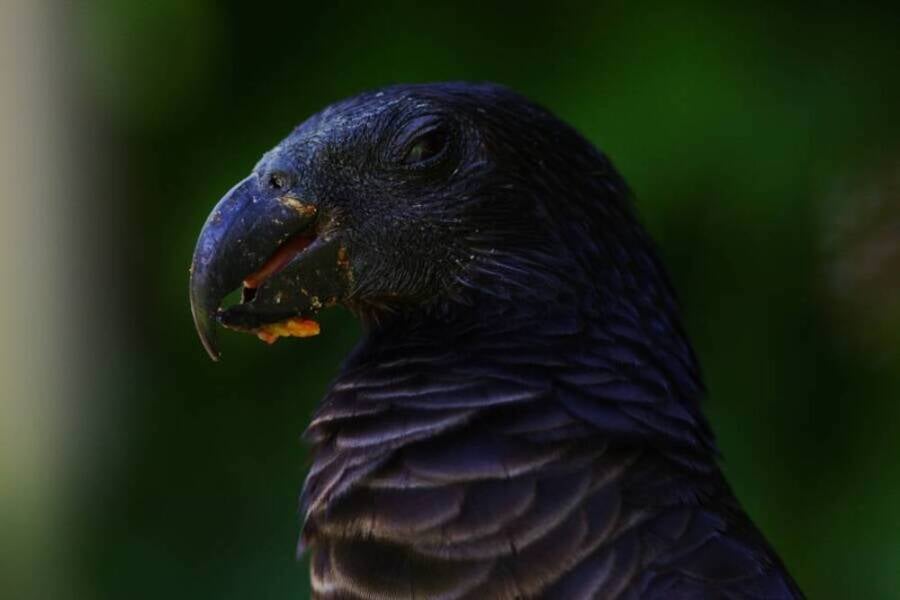 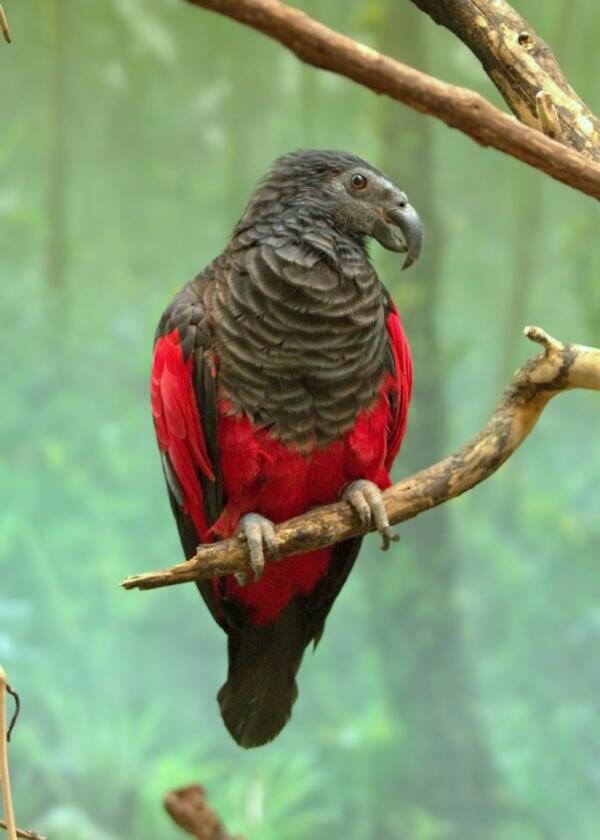 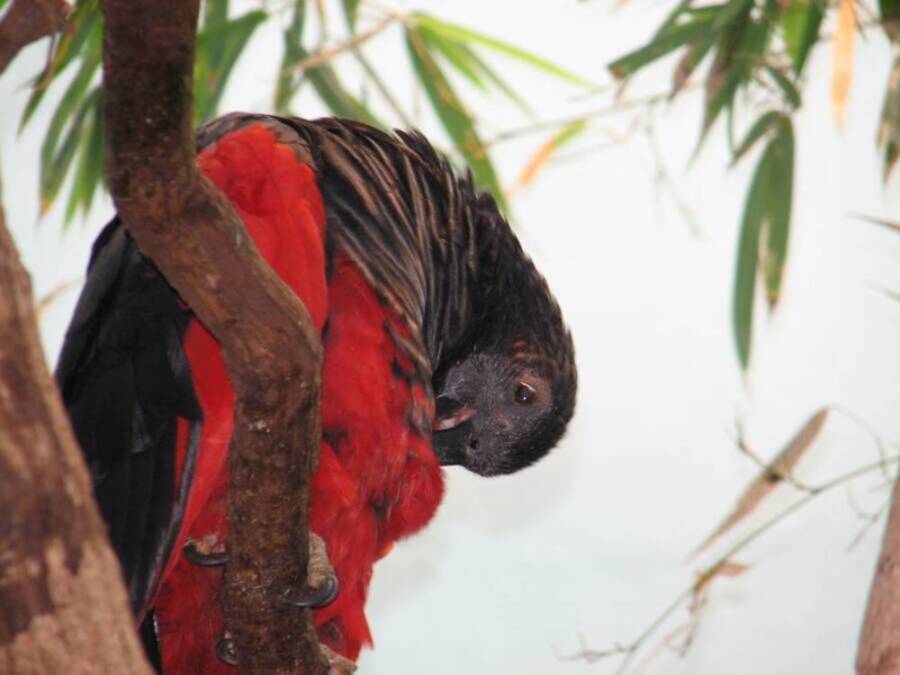 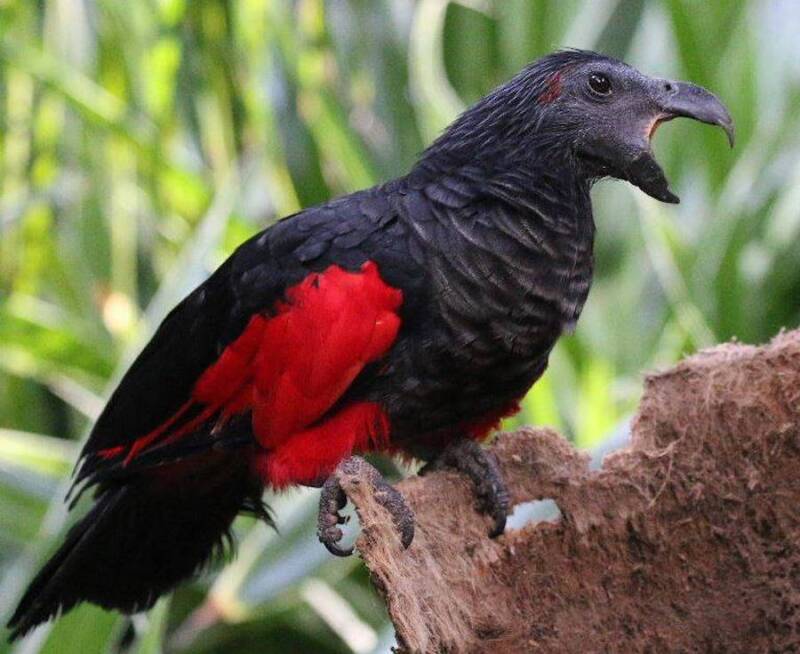 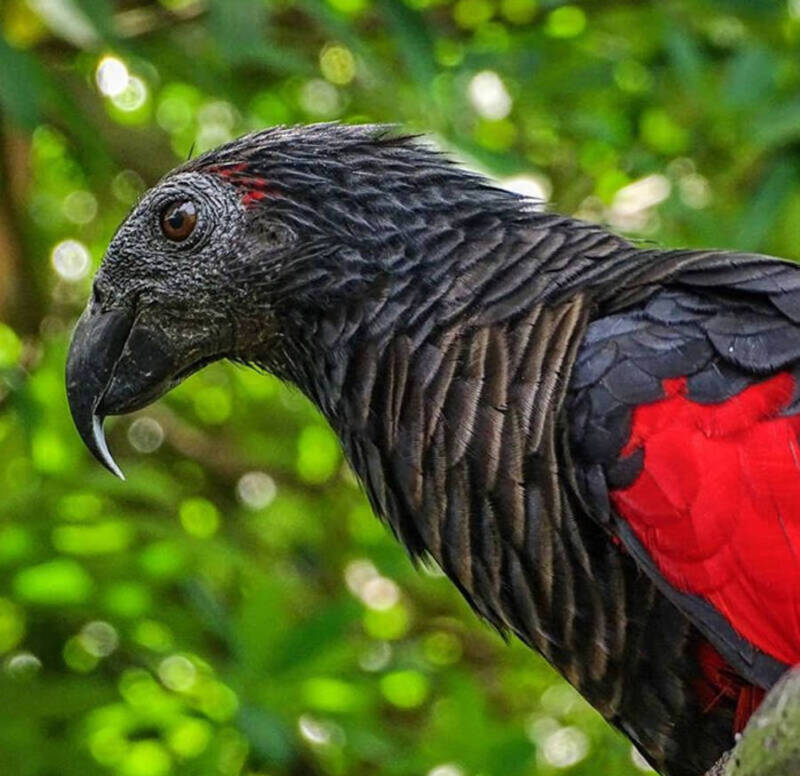 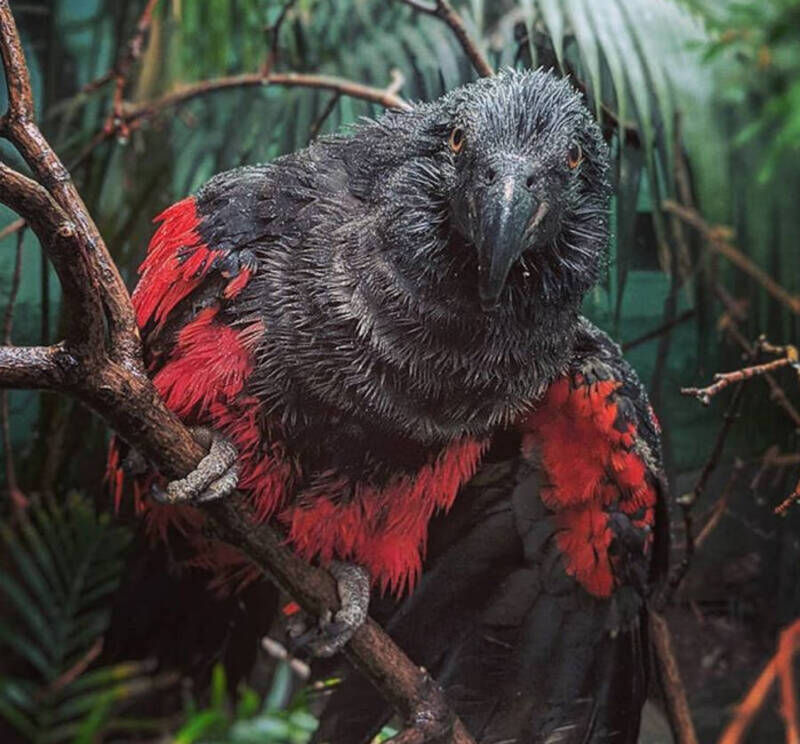 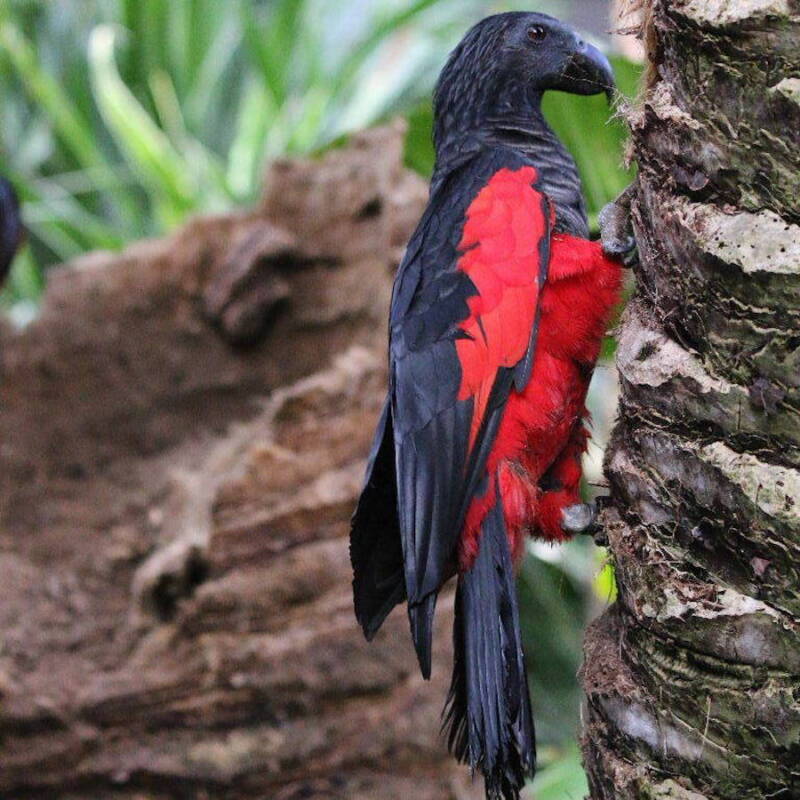 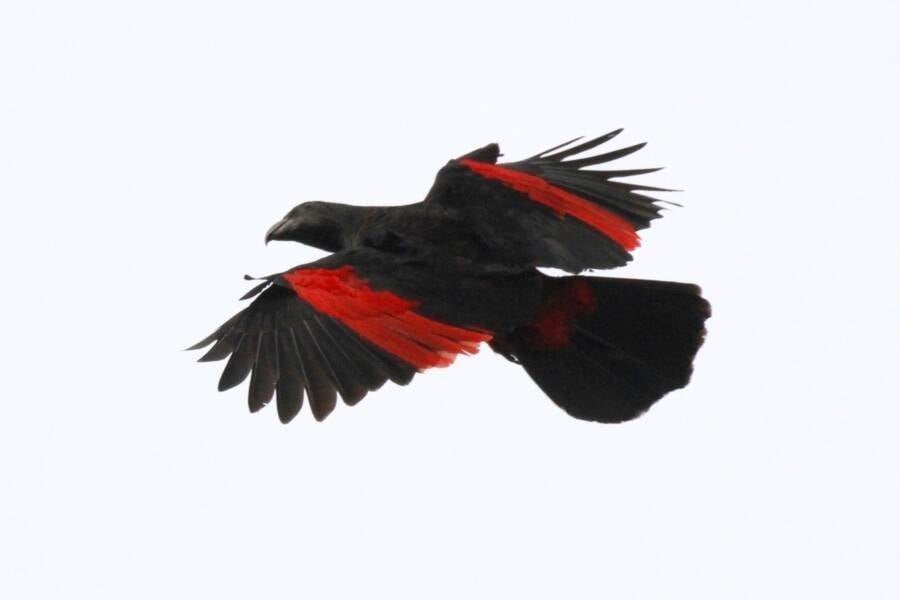 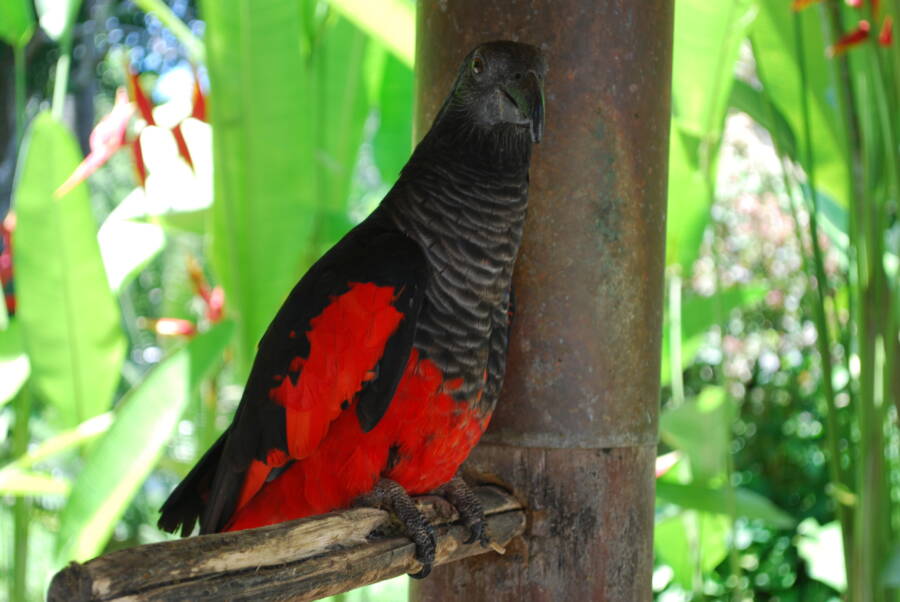 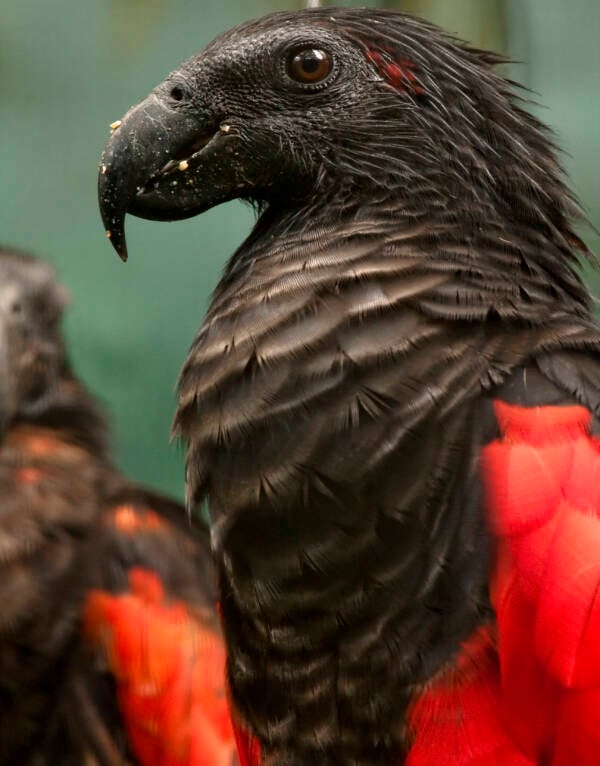 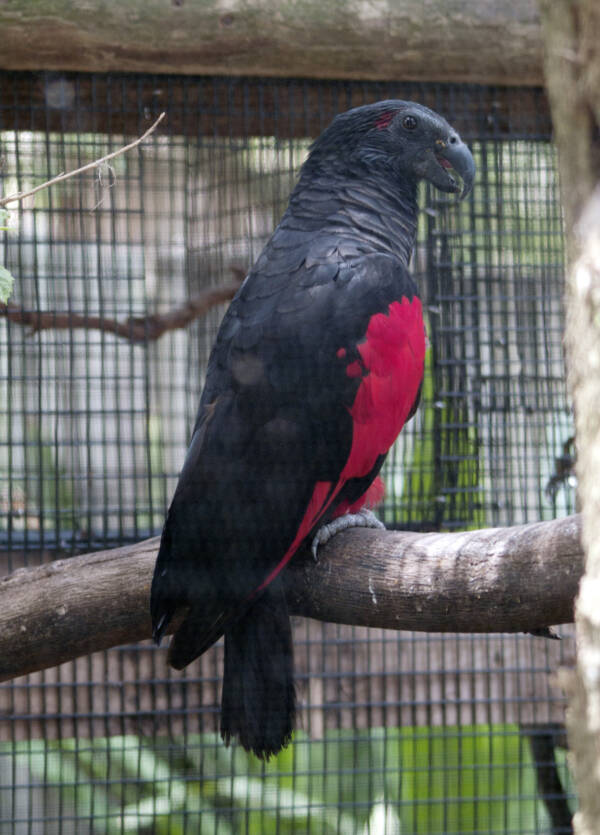 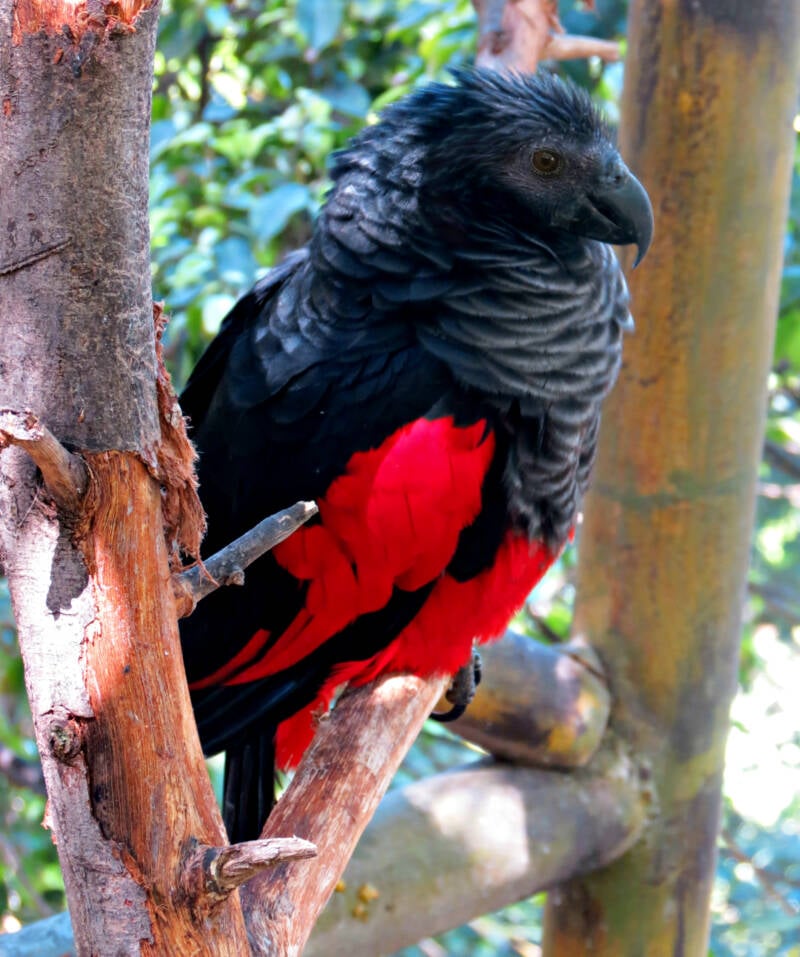 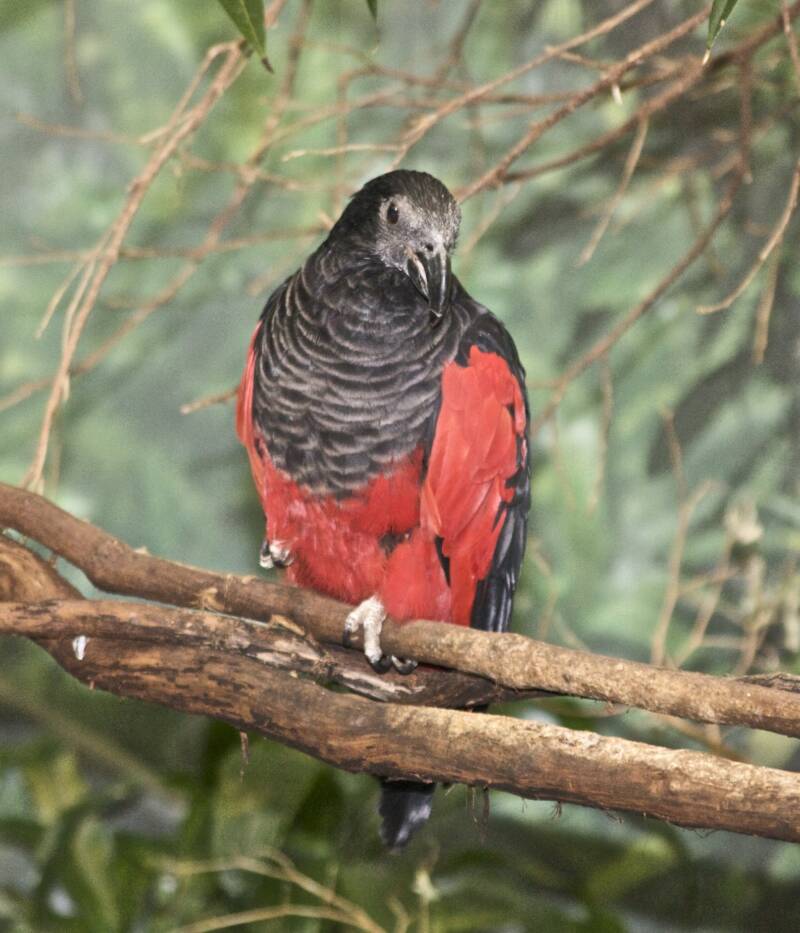 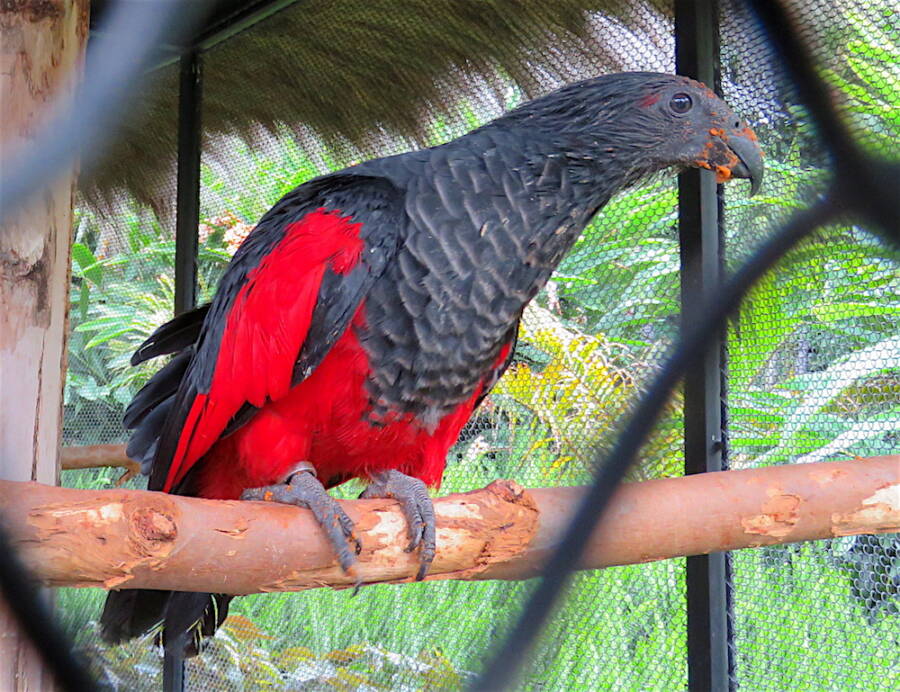 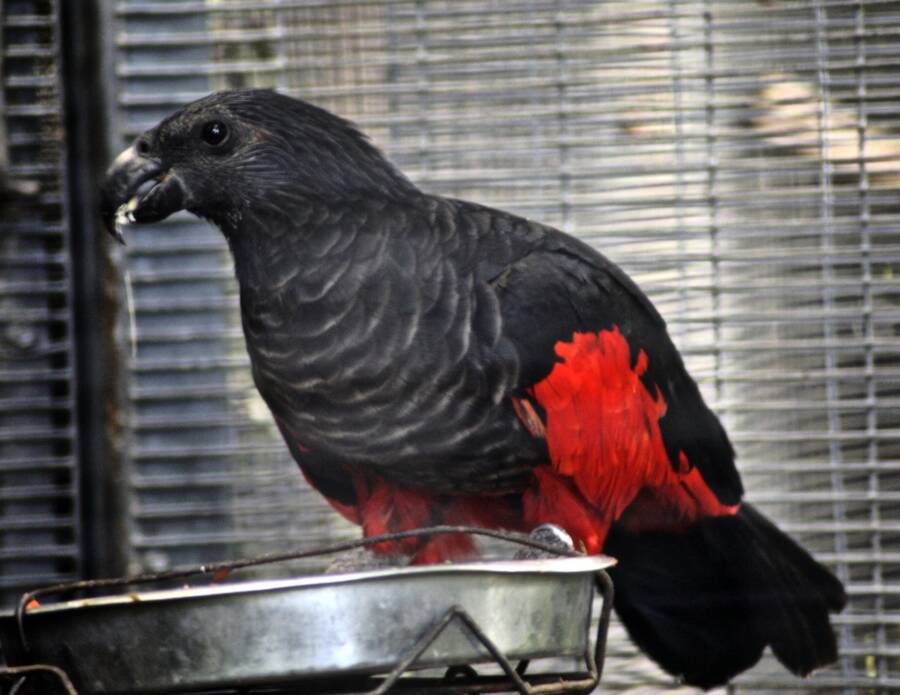 1 of 16
This dark avian can only be found in the wild in New Guinea and some parts of Oceania.Klaus Stiefel/Flickr
2 of 16
Dracula parrots have, however, been successfully bred in a number of zoos. These include the Bronx Zoo, Los Angeles Zoo, Jurong Bird Park, and the Antonio de Dios zoo in the Philippines.Wikimedia Commons
3 of 16
The feathers of the Dracula parrot can fetch $34 on the rural New Guinea market, according to the Natural Resources Defense Council.Wikimedia Commons
4 of 16
The Dracula parrot is famous for its rather unpleasant squawk, which you can listen to here.Facebook
5 of 16
Dracula parrot feathers are used for ceremonial headdresses, while the birds themselves are sold for sustenance and as exotic pets.Instagram
6 of 16
While not a vulture, the Dracula parrot's beak would have you think otherwise.Instagram
7 of 16
These birds actually feed on hard-to-find figs, and evolved their bald heads to keep the fruit's sticky syrup out of their feathers. Pinterest
8 of 16
Dracula himself in mid-flight, on the quest for nourishment.Charles Davies/Flickr
9 of 16
The Dracula parrot is the only member of its genus and its genus is the only member of its subfamily.soranyan/Flickr
10 of 16
Otherwise known as Pesquet's parrot, the bird can grow up to 18 inches long and weigh up to 28 ounces.Peter Tan/Flickr
11 of 16
The females lay up to two eggs at a time and make their nests inside big, hollow trees.David Ellis/Flickr
12 of 16
The social bird is typically spotted in pairs, or even in groups of up to 20.Linda De Volder/Flickr
13 of 16
In flight, these birds alternate between rapidly flapping their wings and luxuriating in short glides.Jean/Flickr
14 of 16
The squawk of these birds is haunting, and have been described as harsh, raspy growls that echo through the jungles.Florin Feneru/Flickr
15 of 16
Dracula parrots have been officially deemed a "vulnerable" species by the International Union for Conservation of Nature.Jean/Flickr
16 of 16 Dracula parrots grow to an average length of 18 inches and can weigh up 28 ounces, with a red spot on the heads of males being the only visible differentiator in gender. Remarkably, researchers still know very little about their breeding habits in the wild, save for the fact that females can lay two eggs at a time.

A fairly social bird, this scary bird is often spotted in pairs — and even groups as big as 20. When they're not laying eggs inside of big, hollow trees, they're frantically flapping away with gliding reprieves interspersing their flight. Unlike other parrots, they don't climb trees — but hop from branch to branch.

Their ominous calls have previously been described as raspy growls that echo across the jungle from long distances. Tragically, this animal has become a prized commodity in Indigenous markets — with their chicks fetching especially lucrative prices.

With the logging industry adding to habitat loss, the bird has been placed on the "vulnerable" list of the International Union for Conservation of Nature. In the end, the Dracula parrot still inhabits New Guinea and parts of Oceania.

Alternatively, you can see them at certain zoos as a reminder of their plight.