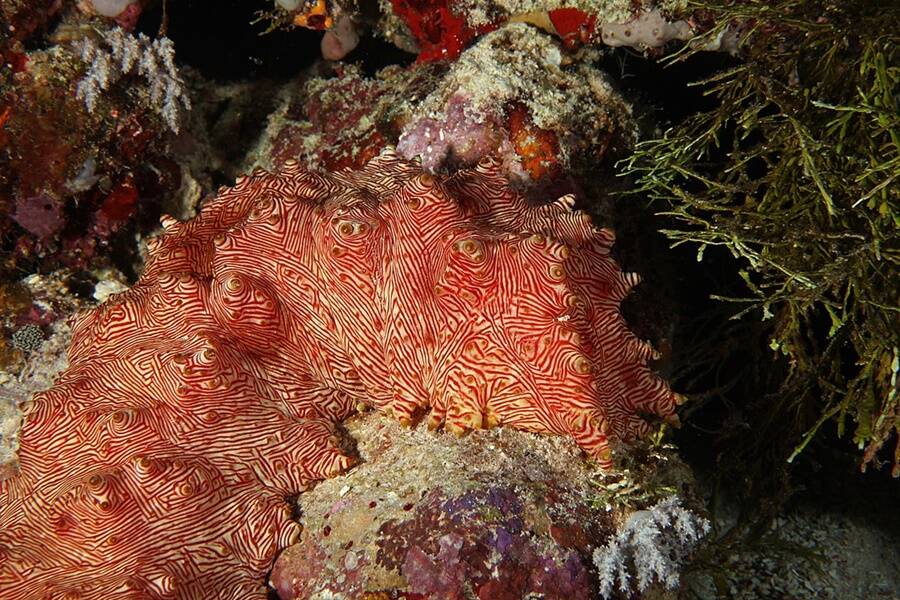 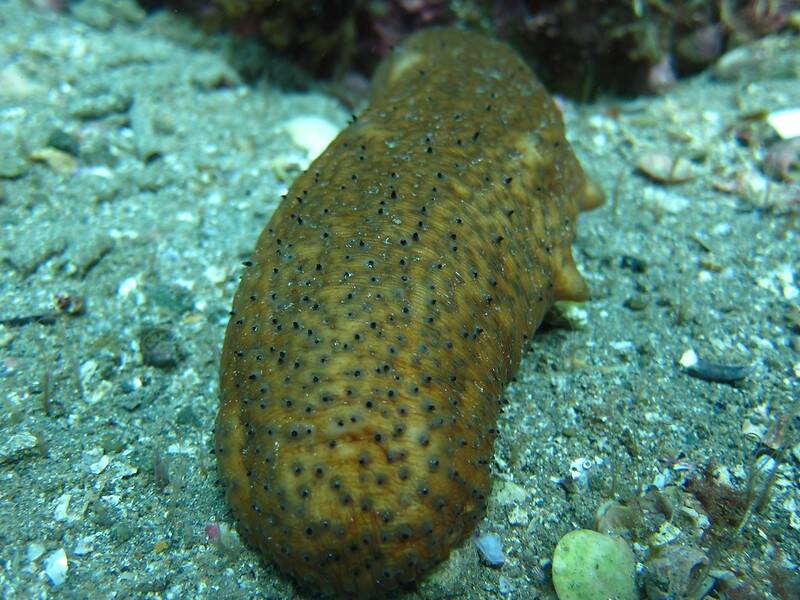 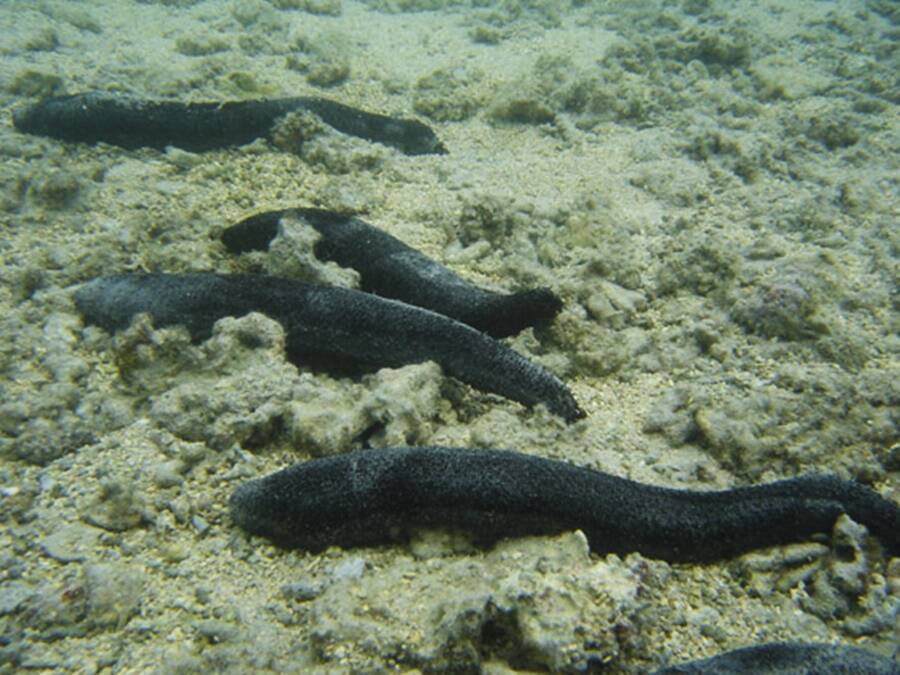 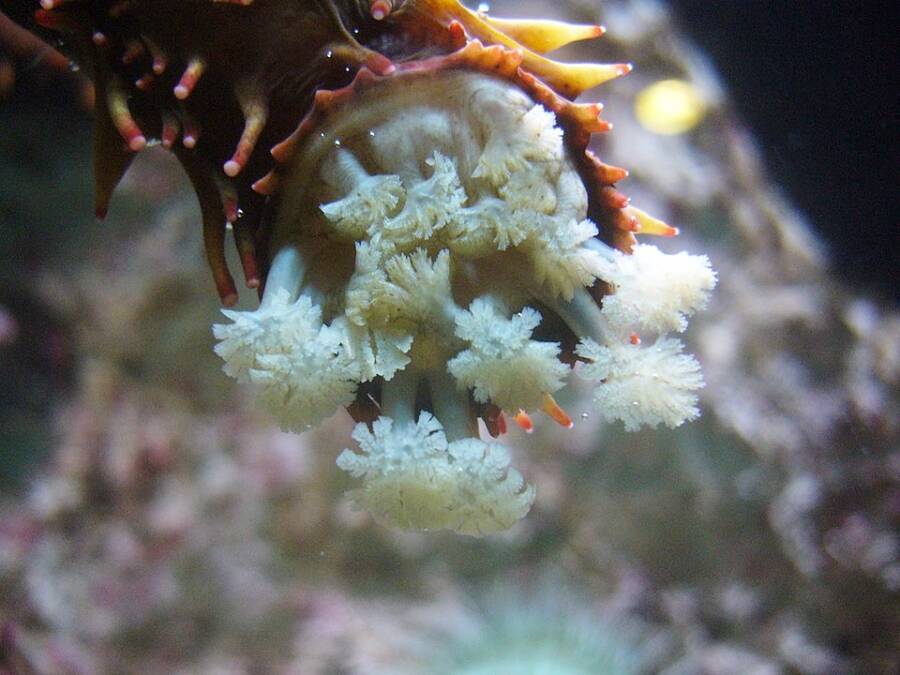 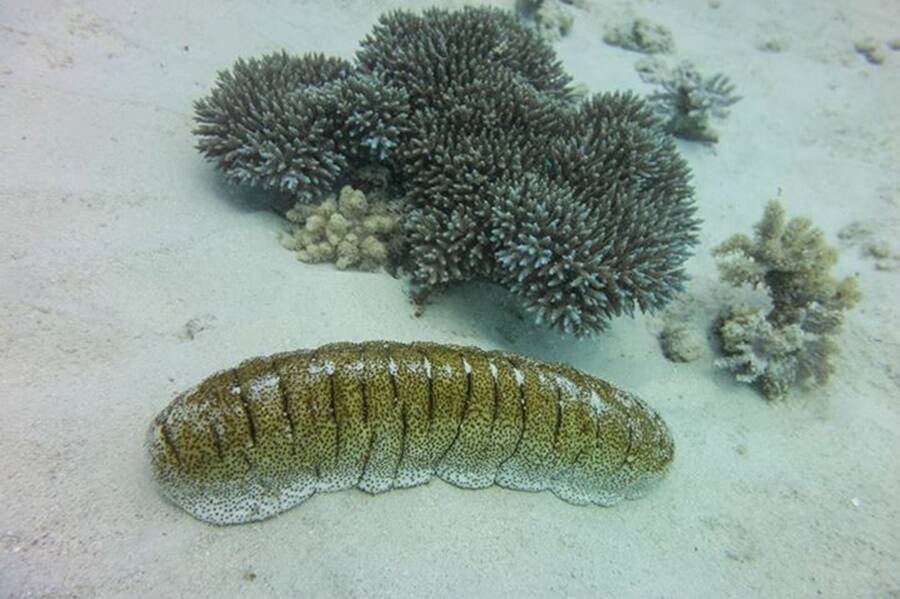 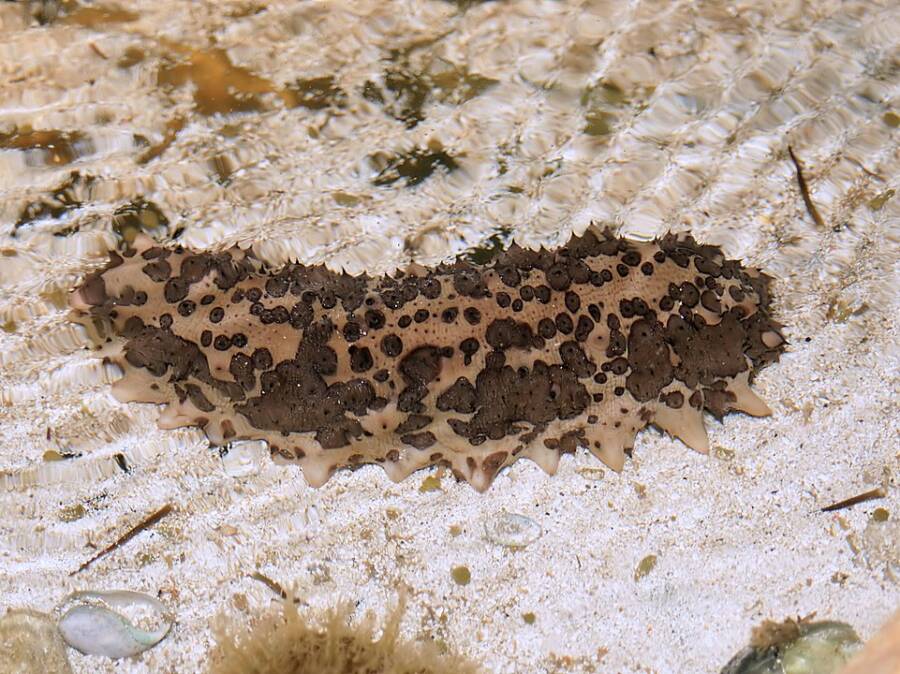 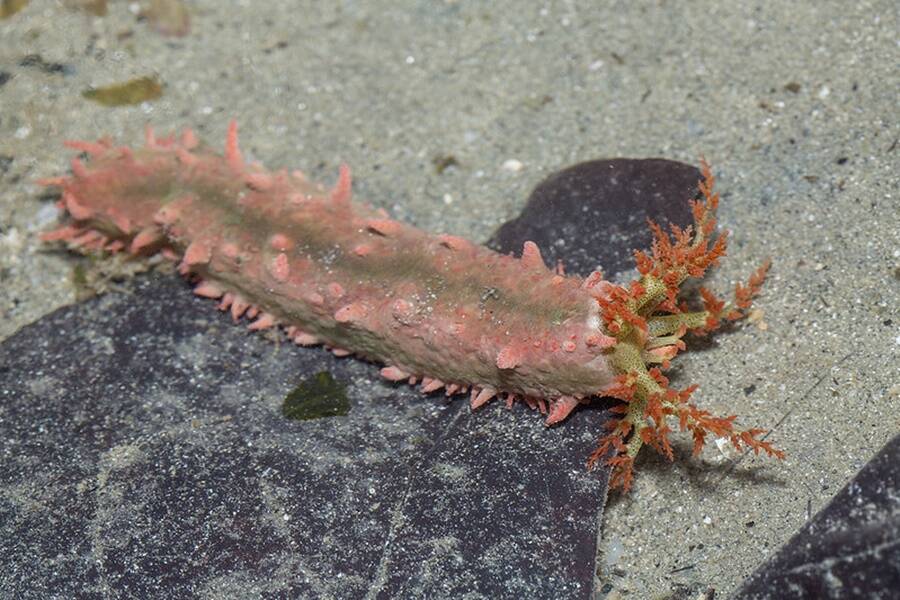 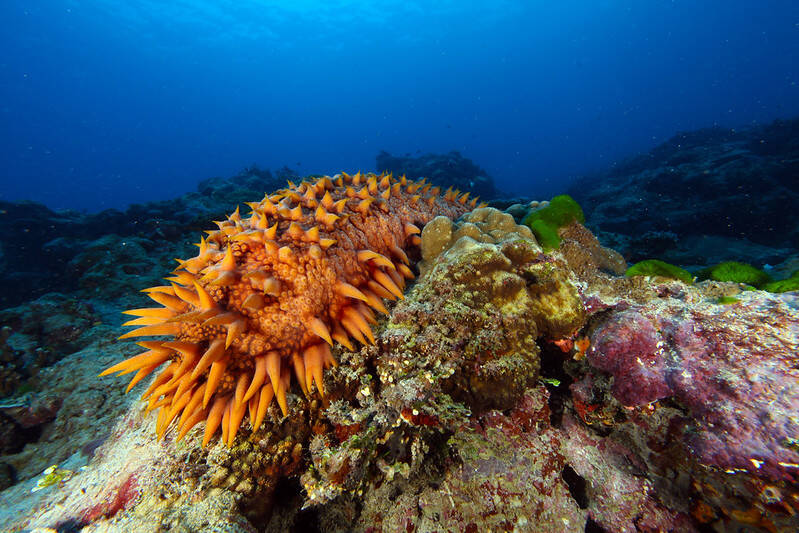 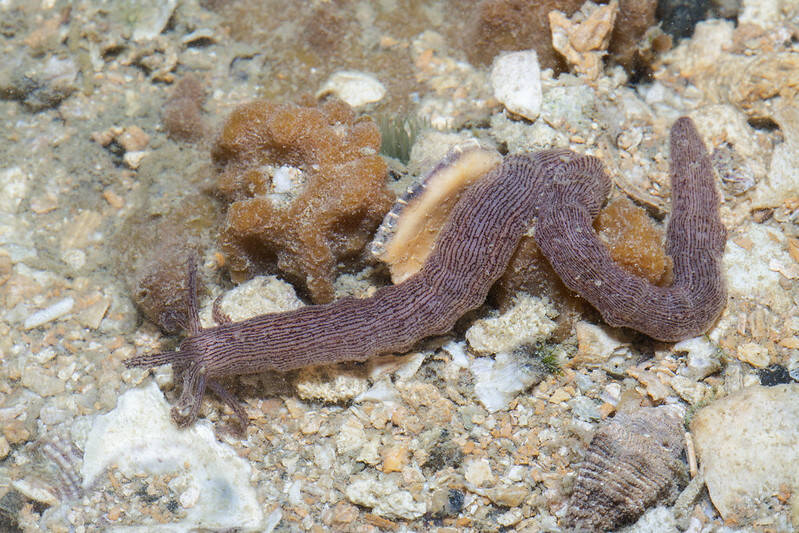 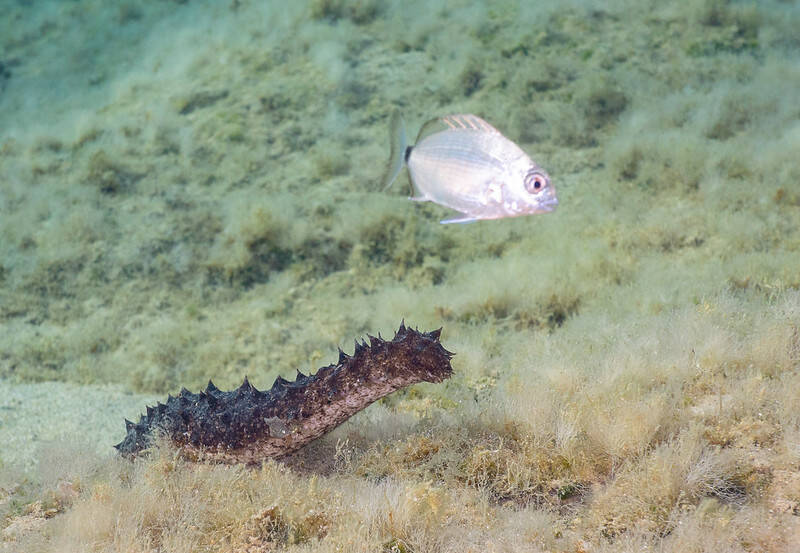 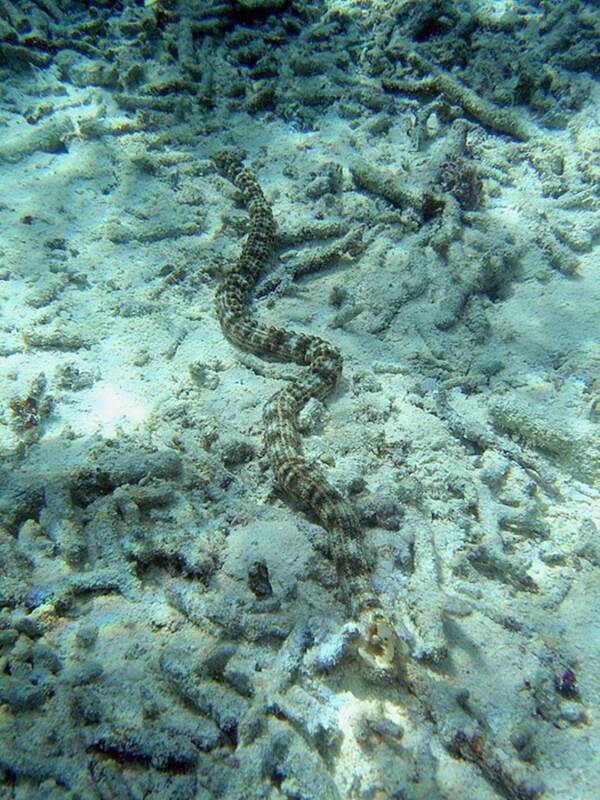 1 of 12
There are roughly 1,250 species of sea cucumber that have been identified in the world.Wikimedia Commons
2 of 12
Sea cucumbers are part of the echinodermata phylum, which includes other sea inhabitants like sea urchins, sea stars, and sand dollars.Roban Kramer/Flickr
3 of 12
A group of Holothuria leucospilota commonly known as the black sea cucumber. It is found in shallow water along the east coast of Africa and around the Indo-Pacific region.Wikimedia Commons
4 of 12
Instead of limbs, sea cucumbers have five rows of tiny feet that run between their mouth to their anus.Wikimedia Commons
5 of 12
There is enormous bidiversity among species of sea cucumber. Pictured here is a Holothuria fuscopunctata, a large sea cucumber that can grow up to 28 inches in length and weigh up to 10 pounds.Wikimedia Commons
6 of 12
The Isostichopus badionotus sea cucumber, also known as the chocolate chip cucumber or cookie dough cucumber due to its speckled appearance.Wikimedia Commons
7 of 12
Sea cucumbers can have little tube-shaped "feet" which mainly function as anchors to keep the animal attached to the seafloor. They also help the animals move about the ocean bed.budak/Flickr
8 of 12
To move around, they shift their body by changing the water pressure in their "feet," manipulating the water to help them move about. Greg McFall/NOAA
9 of 12
Their bodies contain high levels of collagen which gives sea cucumbers remarkable phyisiological flexibility, allowing them to "liquify" to fit into tight crevices.budak/Flickr
10 of 12
Sea cucumbers feed primarily on tiny pieces of algae and small sea creatures. They eat by shoveling bits of food into their mouths using the extra 20 to 30 little "tube feet" around their face.Paolo Gamba/Flickr
11 of 12
To defend themselves from predators, some species violently contract their muscles and shoot out their internal organs to ward off threats. Later those muscles will regenerate. Wikimedia Commons
12 of 12 Despite their name, sea cucumbers are indeed animals. There are roughly 1,250 species of sea cucumber that exist in the ocean. These sea animals are marine invertebrates and are part of the Echinodermata phylum, which includes other seabed inhabitants like sea urchins, sea stars, and sand dollars.

But don't let their lifeless appearance fool you. These unusual animals have a number of abilities that make them much more consequential to the ocean than one would think just by looking at them.

Sea cucumbers excrete byproducts that are beneficial to their surrounding environment. In fact, a 2011 study found that the ocean water surrounding a sea cucumber exhibited a relatively basic pH level, which means that it is somewhat protected from ocean acidification.

Like earthworms, cucumbers contribute to the breakdown of organic matter in their environment. They feed primarily on tiny pieces of algae and other little marine creatures, which, when passed, act as a fertilizer that promotes coral growth. In other words, sea cucumbers are an important tool in keeping the oceans clean and healthy.

Sea cucumbers also come in a variety of shapes, sizes, and textures. Like other echinoderms, they exhibit radial symmetry, which means they possess five "limbs" that are arranged in a circular shape. But instead of visible limbs, they have five rows of tiny feet that run between their mouth and their anus.

Sea cucumbers can still move about the ocean floor even without apparent limbs. They have little tube-shaped "feet" which mainly function as anchors to keep them attached to the seafloor. When it's time to move, they shift their body across the seabed by changing the water pressure in their feet. They also use their extra 20 to 30 little tubular feet to shovel food into their mouths.

These sea creatures closely resemble land cucumbers in shape and are also considered a delicacy when cooked. They are squishy creatures because they contain high levels of collagen, which gives them remarkable physiological flexibility. They can "liquify" their bodies to fit into tight crevices beneath the ocean surface.

Like fangtooths, they reproduce via external fertilization, but there are also several species that have been known to reproduce asexually by splitting themselves into two. Sea cucumbers, when in their larval stages, will drift with the ocean currents until they are mature and large enough to latch onto the ocean floor.

These sea animals also have peculiar albeit effective defense mechanisms. Some species shoot sticky threads at potential enemies while others violently contract their muscles and shoot out their internal organs, which can be quickly regenerated once the threat is gone.

Unfortunately, these interesting sea creatures have become vulnerable in some parts of the world due to overharvesting.