Scary Ocean Animals From The Deep: The Goblin Shark 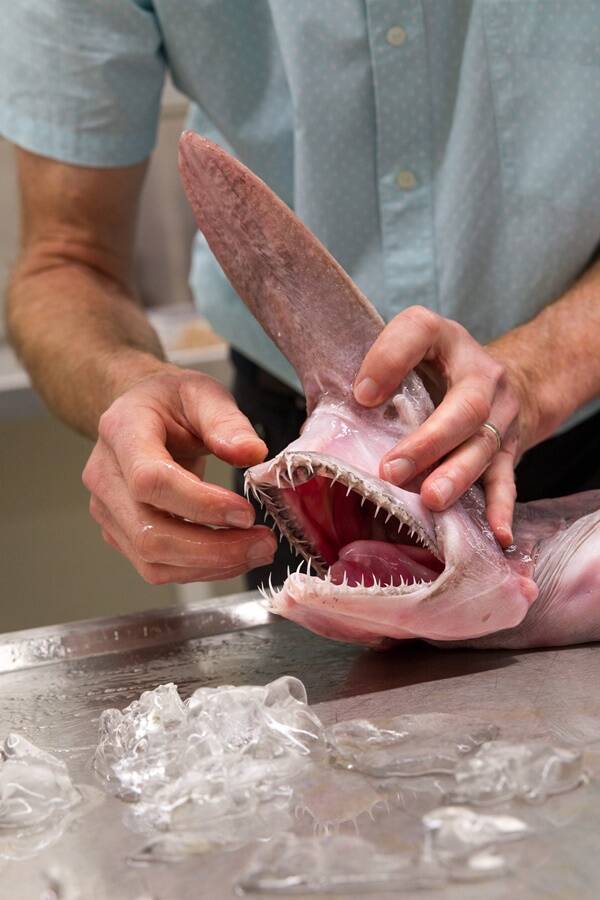 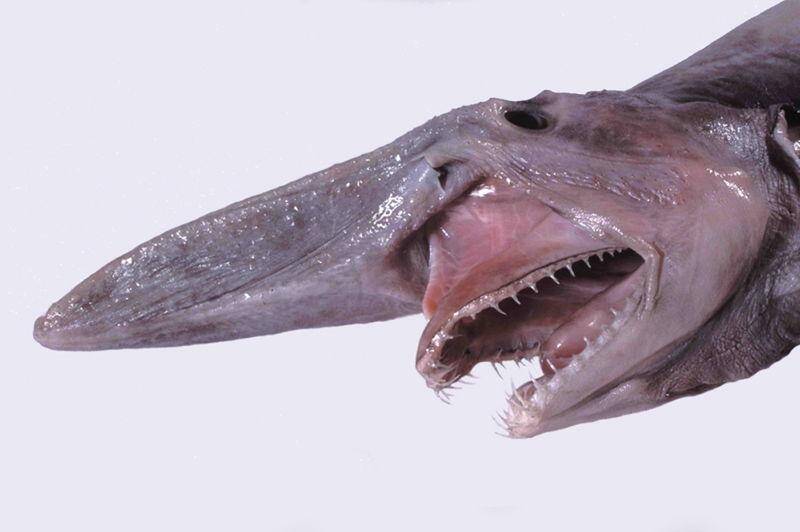 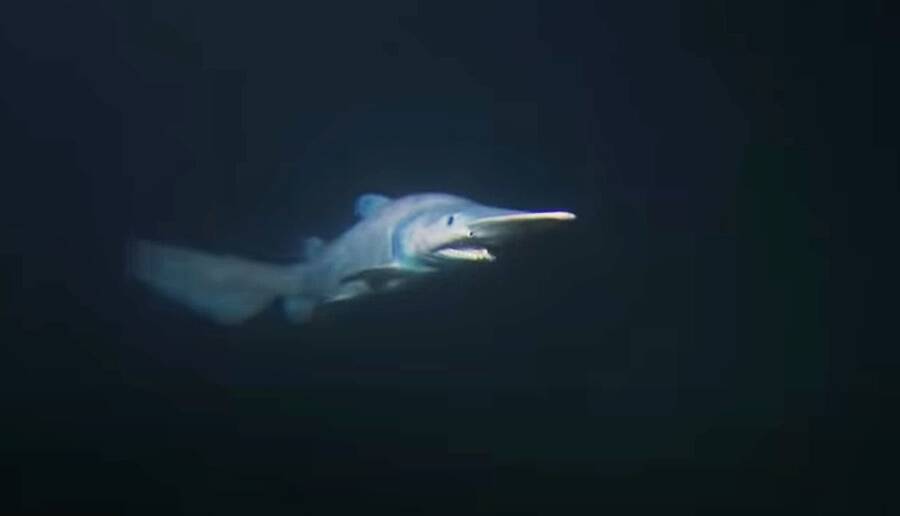 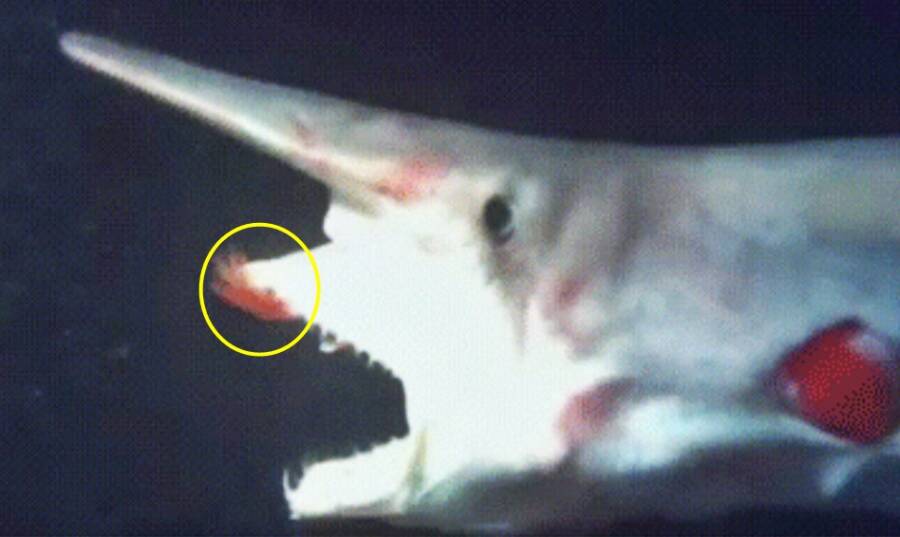 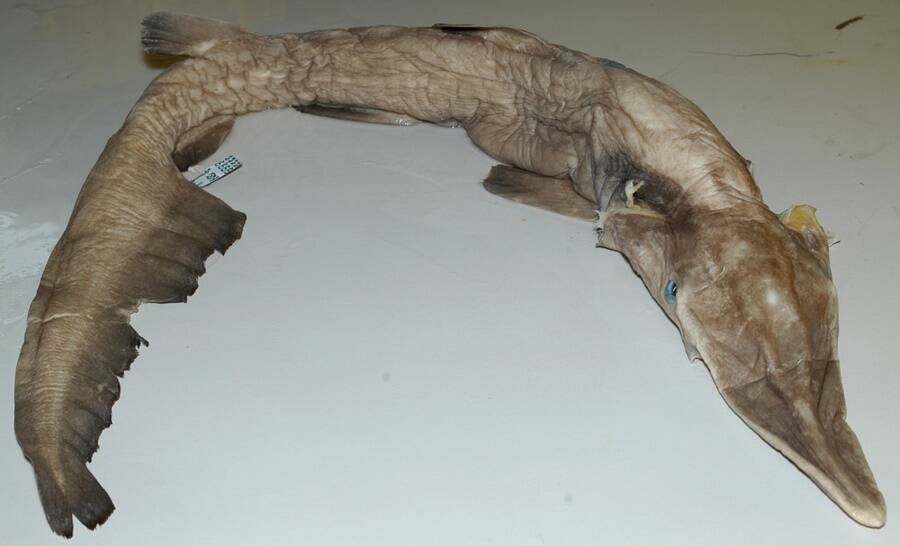 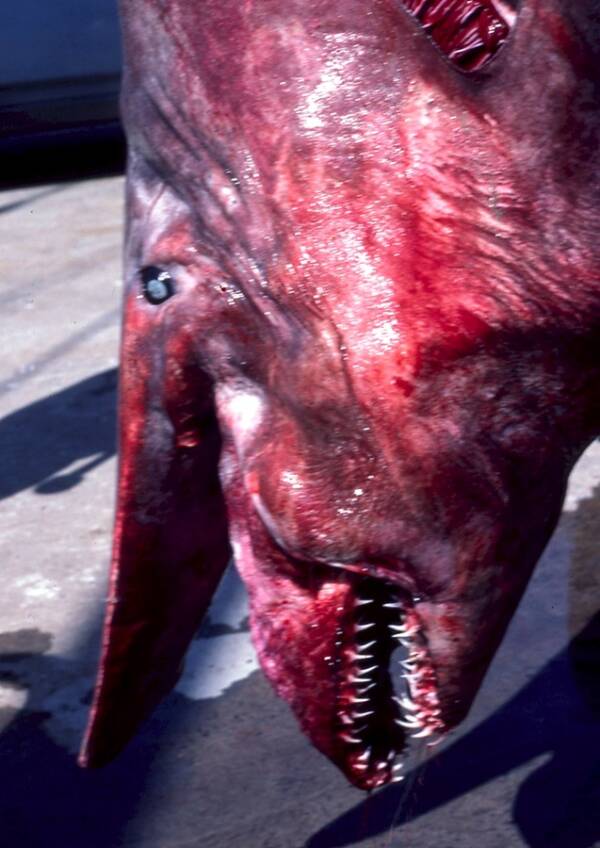 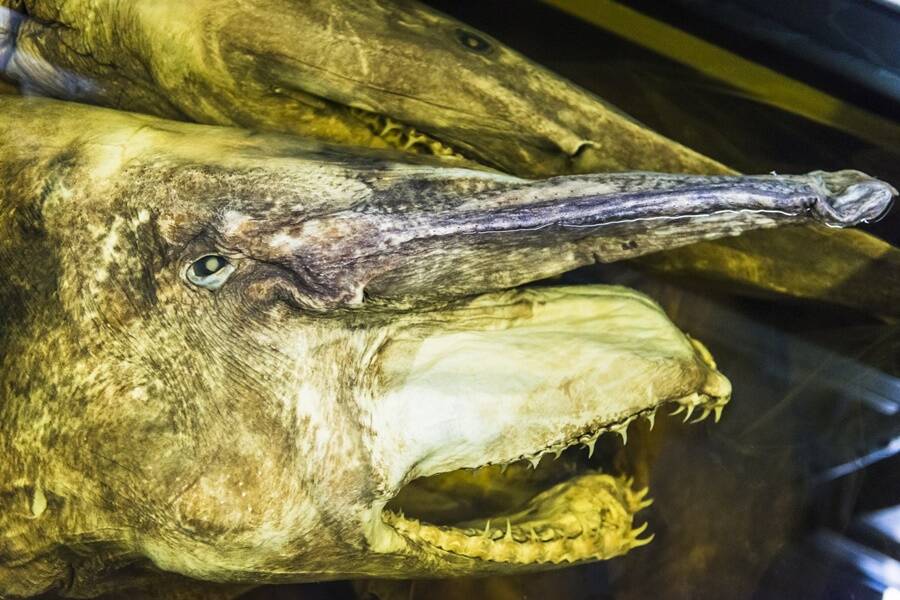 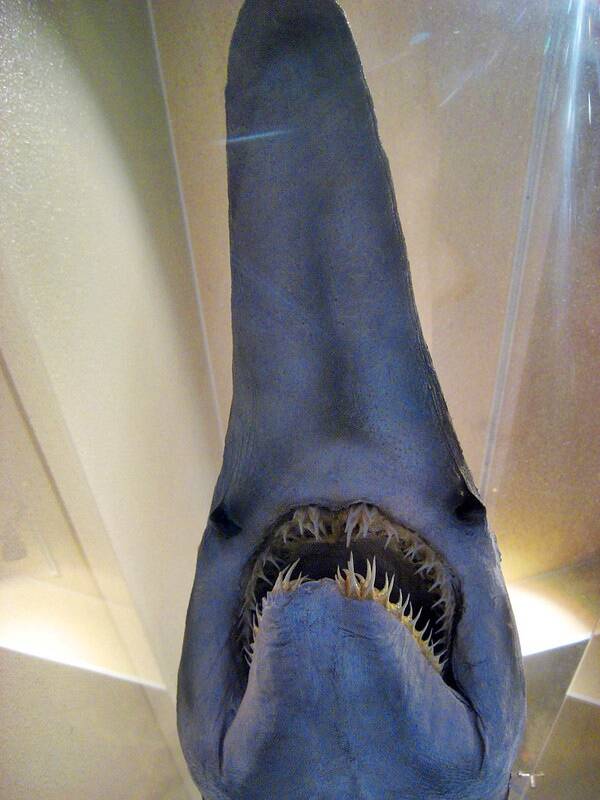 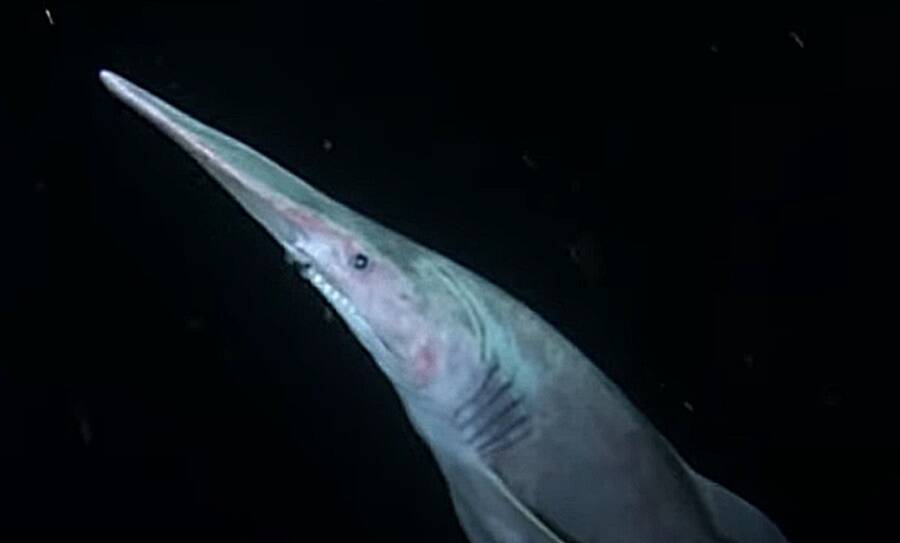 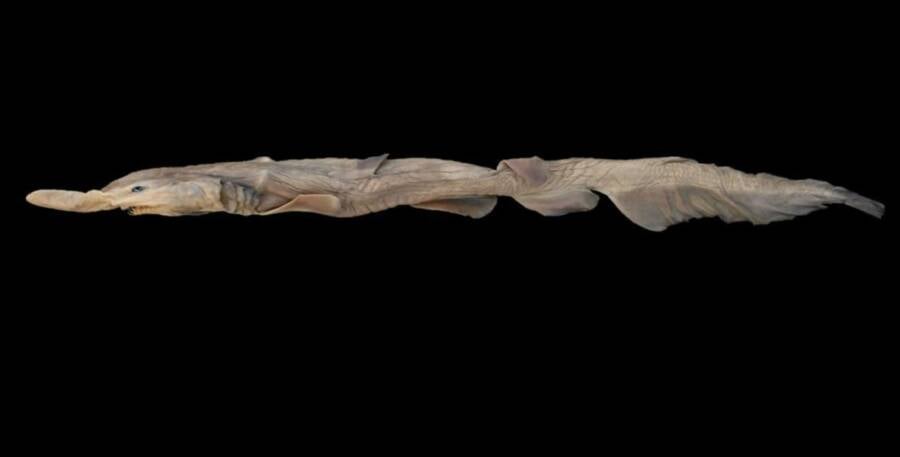 1 of 11
The goblin shark, known by its scientific name Mitsukurina owstoni, has been found off various coasts in the Atlantic Ocean. But the majority of sightings come from off the coasts of Japan. Billy Ryan/Australian Museum
2 of 11
Goblin sharks inhabit the ocean territory at more than 4,000 feet below the surface which is why very little is still known about them. Wikimedia Commons
3 of 11
They are the only extant survivor of a 125 million-year-old family of sharks which makes them essentially "living fossils." YouTube
4 of 11
Specimens of goblin shark that show the difference between its jaw shape when it is contracted and when it is not. Okinawa Churashima Foundation
5 of 11
The goblin shark's strange ability to quickly protrude its jaw to catch unsuspecting prey has given the animal its distinct nickname.

In this picture, a goblin shark is caught while expanding its special jaw to capture a fish.YouTube
6 of 11
The specimen of a juvenile goblin shark. Kerryn Parkinson/Australian Museum
7 of 11
Their weird snout and their snaggly row of sharp teeth make them look like something straight out of a horror novel. Mark McGrouther/Australian Museum
8 of 11
The goblin shark uses its sensitive rostrum to sense out prey. They feed on fish, squid, and pelagic crustaceans. Abram Powell/Australian Museum
9 of 11
The goblin shark is not an aggressive or speedy hunter which makes their special ability to capture prey with a surprise jaw attack so important for their survival.Hungarian Snow/Flickr
10 of 11
Instead of connecting with their mother through the placenta, goblin shark females are believed to feed their unborn offspring with nutrients from unfertilized eggs. YouTube
11 of 11
Their relatively isolated habitat has helped shield the species from the overfishing that has plagued the wider shark population of the world.Oceana The goblin shark, or Mitsukurina owstoni, is among the most peculiar of sea animals.

Tragically overshadowed in pop culture by its more fearsome cousins, the goblin shark leads a relatively mysterious existence at more than 4,000 feet below the surface of the ocean. They are considered living fossils by researchers and are considered to be the only extant survivor of a 125 million-year-old family of sharks.

Goblin sharks were first identified in the 19th century and, as their name suggests, look more like a fairytale monster than a Great White. Its semblance to a goblin is most apparent when it is feeding, during which time the goblin shark's uniquely flat snout expands significantly in order to consume its prey.

This species has been found off various coasts in the Atlantic Ocean including in Guyana, France, Portugal, Senegal, and other places. But the majority of sightings have come off the coast of Japan.

Watch the goblin shark extend its jaws out of its face.

Like most sharks, these scary sea animals are active predators that typically prey on fish, squid, and pelagic crustaceans. When hunting, the goblin shark senses its prey using its hyper-sensitive snout. It will then immediately jut out its jaws to capture its target in its razor-sharp teeth. Goblin sharks are not known for their speed, which makes their special ability to capture prey with a surprise jaw attack even more important.

Besides its unique anatomy, the goblin shark also has a fascinating method of reproduction. They mate via internal fertilization and give live birth to a small group of pups at once. During the gestation period, the pups receive nourishment not through the placenta but by eating the mother's other unfertilized eggs.

However, much of what is known about the goblin shark has come from the studies of dead specimens that are caught accidentally in fishing nets. Their rarity is considered a good thing, though. The goblin shark's isolated habitat deep underneath the surface of the ocean and their intimidating appearance has kept the species fairly protected from humans at a time when many species of shark are becoming endangered due to overfishing.