The Sad Story Of Schlitzie, The Sideshow “Pinhead” Made Famous By The Movie ‘Freaks’

Even as an adult, Schlitzie had the mental aptitude of a three- or four-year-old and could only speak in short sentences and phrases. And they turned him into a sideshow "freak." 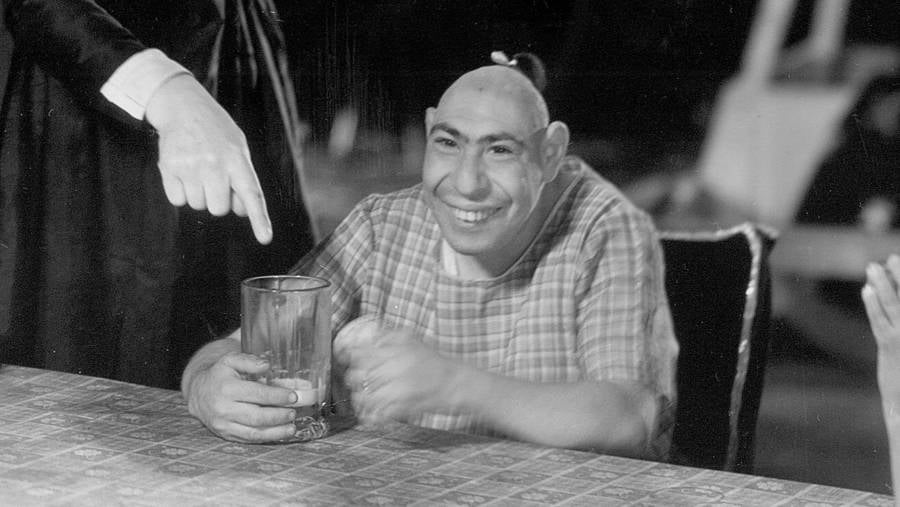 MGMSchliztie in the 1932 film Freaks.

They billed him as “The Monkey Girl” and “The Last of the Aztecs” when they weren’t simply referring to him as a “pinhead” or a “freak.” Otherwise, this famous sideshow performer of the early 1900s — most famous for starring in a notorious 1932 film actually called Freaks — was known only as Schlitzie.

Not only don’t we know his true full name, we know hardly anything about his life outside of the “freak show.” Instead, the world only remembers Schlitzie for his deformities that left him with a small, misshapen head — deformities that led to fame, but ultimately brought his story to a sad end.

Very little is indeed known about Schlitzie’s early life, except that he appears to have been born sometime in 1901, perhaps in the Bronx, New York (according to what’s said to be his death certificate). His birth name may or may not have been Simon Metz or Shlitze Surtees, but unsubstantiated accounts vary and no one knows for sure because he was passed between many foster parents throughout his early life.

While such facts are fuzzy, we do know that Schlitzie was born with a condition called microcephaly, a deformity marked by a brain, skull, and body that are small and undeveloped either congenitally or due to a number of various factors that can trigger the condition postnatally. In Schlitzie’s case, he was born with the condition, and it defined his life from the start and until the end.

Both physically and mentally, the condition left him seriously handicapped. Even as an adult, Schlitzie had the mental aptitude of a three- or four-year-old and could only speak in short sentences and phrases. Meanwhile, of course, he was also left with the small and misshapen head characteristic of his condition — a deformity that would lead to his lifelong career as a sideshow performer.

Schlitzie earned a living with virtually every major circus of the early 20th century, including the Dobritsch International Circus, Ringling Bros. and Barnum & Bailey Circus, the Tom Mix Circus, and the Clyde Beatty Circus. He spent much of that time — decades — performing as a female on stage, even though he was, of course, a male by birth.

He would thus often perform in a dress. Sadly, Schlitzie was said to prefer it that way, because wearing a dress made it easier for his handlers to change his diaper, a necessity because he suffered from incontinence.

As famous as he became while wearing a dress in stage shows, Schlitzie’s fame truly skyrocketed in 1932, when he appeared in the infamous film Freaks. A story of love and betrayal set in the world of sideshows, the film is most well-known today for featuring a number of actual sideshow “freaks,” like Schlitzie.

The movie was widely criticized for its grotesque horror involving the “freaks,” including one scene (later removed) in which the sideshow performers castrate a man. The movie was thus largely assailed in the press (The Hollywood Reporter called it an “outrageous onslaught upon the feelings, the senses, the brains and the stomachs of an audience”) and banned in several cities.

One woman even threatened to sue MGM after claiming that the film caused her to suffer a miscarriage. Ultimately, MGM cut down and then fully shelved the film, but then a roadshow company got a hold of it and showed it across the country.

Despite the negativity surrounding the film, Schlitzie often stole the show. The clip above shows the performer acting cute and innocent, showing the kind of demeanor that made him a favorite among the cast and crew, and then audiences.

Schlitzie’s childlike exuberance charmed those around him both on stage and off. Even though he could barely speak, couldn’t control his bladder and wore dresses everywhere, Schlitzie was briefly something of a star.

The Show Must Go On

Schlitzie stayed on the road with sideshows following his film debut. So deeply embedded was he in the sideshow world that, in 1936, a chimp trainer named George Surtees of the Tom Mix Circus became his legal guardian. Surtees reportedly loved and cared for Schlitzie as his own son as much as possible and this arrangement worked well until Surtees’ death in 1965.

It was then that Surtees’ daughter, who wanted nothing to do with Schlitzie, had him committed to a mental institution in Los Angeles. 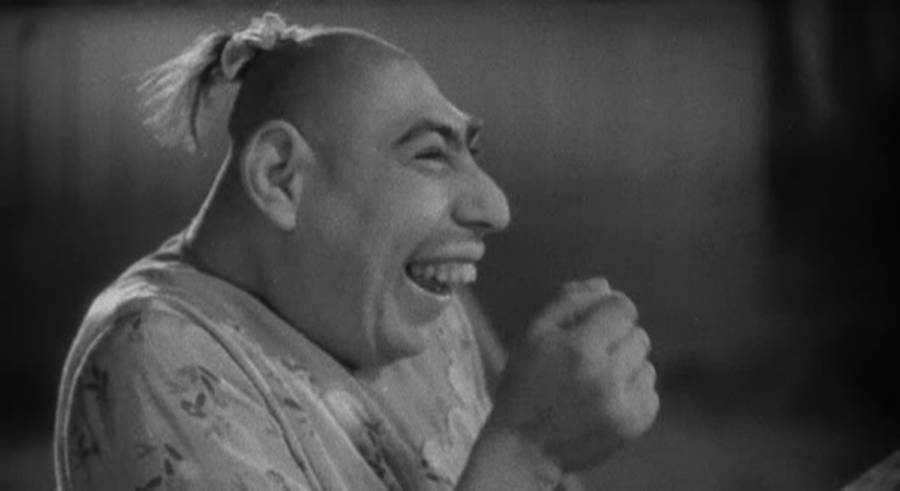 Schlitzie then remained in a mental hospital for three sad, lonely years. Even though he’d never truly had a family or a home, he loved the circus and had found something of a home there. It was the only life he ever knew, whereas the mental hospital was sterile, hostile, and cold.

By coincidence, however, a sideshow sword swallower named Bill Unks saw him and recognized him during a performance at the hospital. Unks immediately lobbied the hospital to make him Schlitzie’s caregiver, and the hospital did allow Schlitzie to become a ward of Unks’ sideshow, allowing this lifelong performer to return to the only life he’d ever known.

Schlitzie then performed a few more times with the Dobritch International Circus before retiring to Los Angeles. But even in retirement, Schlitzie enjoyed performing and would entertain people as he fed pigeons and ducks at MacArthur Park, before ultimately dying in 1971.

Up to the end, Schlitzie never had a home nor a fortune despite his fame. Even in death, he had no home. He couldn’t afford a proper gravestone and it wasn’t until 2007 that a fan raised enough money to have a black stone marker placed on the sideshow performer’s final resting place in Los Angeles — a final act of kindness for a man who had the mind of a toddler yet made an impact on millions of people throughout his life.

After this look at Schlitzie, discover the stories of other infamous sideshow acts, such as the conjoined Hilton Sisters and Lobster Boy.