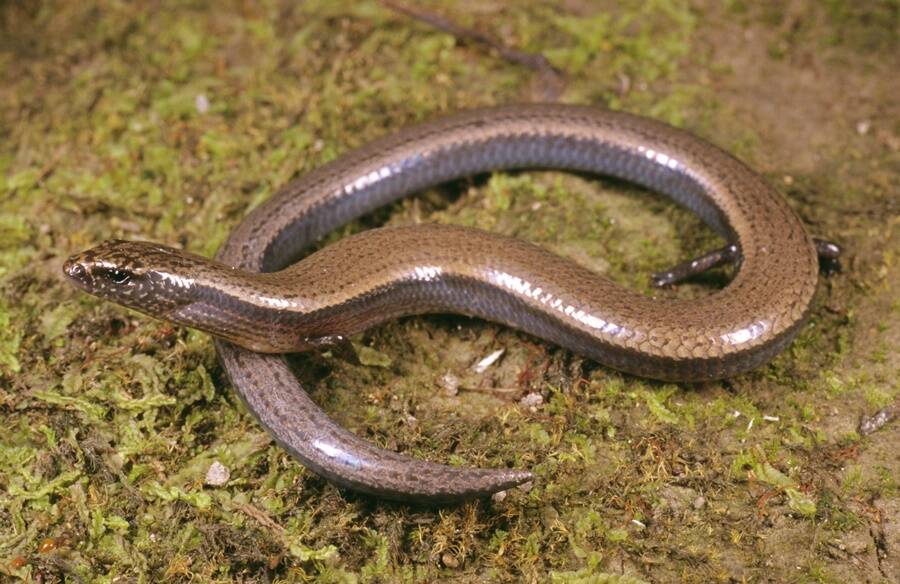 Auscape/Universal Images Group via Getty ImagesAustralia’s three-toed skink has the uncanny ability to lay eggs and live-birth its offspring.

Another one of the most shocking animal-related science articles that came out in 2020 was the story of a lizard species that appears to be evolving — because it gave birth to live young and laid eggs in the course of a single pregnancy.

Australia’s three-toed skink — Saiphos equalis, as it’s known to scientists — has an unusual appearance that makes it look like a snake with arms. But the reptile’s distinct characteristics go beyond its unique looks.

For the first time ever, scientists observed a three-toed skink who gave birth to an equal number of live young and laid eggs in the same litter.

Three-toed skinks that inhabit Sydney’s metropolitan area appear to mostly lay eggs. The rest of the population, which lives in the highlands of New South Wales where the environment is colder and wetter, typically give birth to live offspring.

“We don’t know which ‘direction’ evolution is taking,” said Camilla Whittington, an evolutionary biologist at the University of Sydney and co-author of the study published in the journal Molecular Ecology. “In some environments, egg-laying might be more advantageous than live-bearing. In that situation, we would predict that egg-laying would persist.”

However, there is a possibility that the three-toed skink will still be able to revert to the other reproductive model even if it fully adopts the other, depending on what it needs to survive.

“We predict that ‘reversals’ from live-bearing back to egg-laying might even be possible,” Whittington said, “because of the similarities in gene expression of egg-laying and live-bearing three-toed skinks.”

In any case, the discovery of the three-toed skink’s miraculous oviparity was among the top science articles this year.