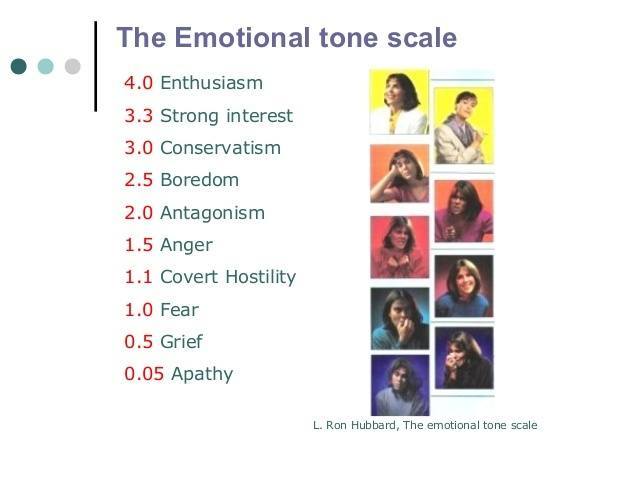 According to official Scientology doctrine, reading and reacting to other people is key to being successful. While that’s not an outlandish statement, Scientology holds that most people are simply no good at connecting an apparent, outward emotion to its true inner emotion.

Created to “take the mystery out of human behavior,” the tone scale teaches Scientologists how to read people and provide the appropriate emotional response.

The tone scale runs from -40 to 40. The higher on the scale you are, the better. A score of 40 is described as “Serenity of Beingness.” A 1.1 is considered covert hostility (smiling on the outside while plotting inside) and describes someone who can’t be trusted. If you don’t believe in Scientology, you are a 1.1.

And because Scientology — like many other religions supposedly built on love and acceptance — employs homophobic doctrine, the tone scale also aligns with sexual orientation. If someone is gay, they automatically fall into the Covert Hostility category and can only move up into heterosexuality and spiritual elevation through auditing. 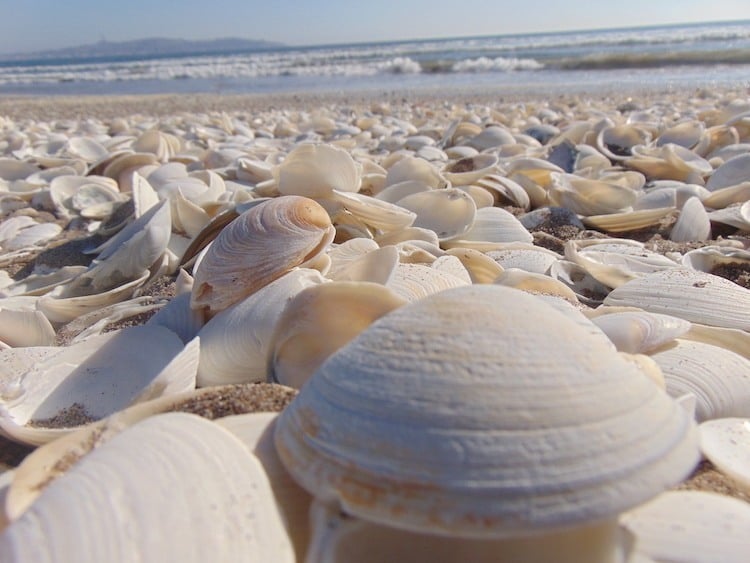 In L. Ron Hubbard’s book, Scientology: The History of Man, he goes into deep descriptions of incidents in our past lives. Because thetans are eternal entities, they have past lives that have experienced traumas throughout time. As a result, people today have subconscious memories of past lives as everything including clams, atoms, cells in the process of mitosis, early photosynthetic organisms, and sloths, just to name a few.

The clam, in particular, provides a great example. Hubbard argues that the hinges of the clam eventually became the hinges of the human jaw and that by invoking your clam past, you can have a very real effect on a human today. As Hubbard writes in Scientology: The History of Man:

Should you desire to confirm this, describe to some uninitiated person the death of a clam without saying what you are describing. ‘Can you imagine a clam sitting on the beach, opening and closing its shell very rapidly?’ (Make a motion with your thumb and forefinger of a rapid opening and closing).

The victim may grip his jaws with his hand and feel quite upset. He may even have to have a few teeth pulled: At the very least he will argue as to whether or not the shell stays open at the end or closed. And he will, with no hint of the death aspect of it, talk about the ‘poor clam’ and he will feel quite sad emotionally.

Hubbard later warns the reader that “discussion of these incidents with the uninitiated in Scientology can cause havoc. Should you describe the ‘clam’ to someone, you may restimulate it in him to the extent of causing severe jaw pain. One such victim, after hearing about a clam death, could not use his jaws for three days.”

Where did the clam come from, then? Some claim that the whole clam theory arose when Hubbard fed his son amphetamines, causing him to spout off endlessly about a number of things, including his past life as a clam.

Of course, many — if not all — Scientology beliefs seem like they could have originated in just that sort of way.

After reading about these weird Scientology beliefs, discover six interesting religions you’ve probably never heard of. Then, check out four bizarre origin stories about the Earth.