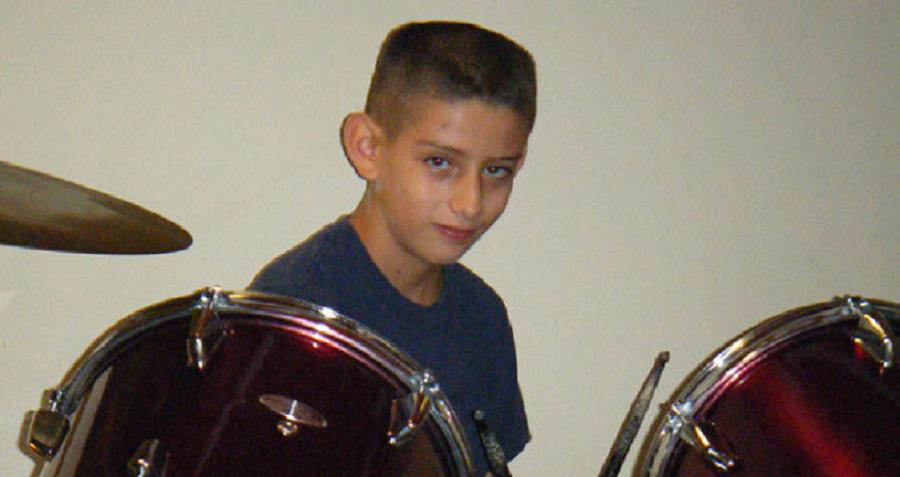 Around midnight on the evening of January 19, 2013, a 15-year-old boy named Nehemiah Griego went into his parents’ bedroom with a .22-caliber rifle from the family gun cabinet.

When Griego shot his sleeping mother in the face, his nine-year-old brother, Zephaniah, woke up and came to see what was going on. Griego met him in the hallway and led him into the room to show him what he had done to their mother.

When Zephaniah got worked up over this, Griego shot him twice with the same rifle and left him to die on the floor. Down the hall, he could hear his two younger sisters crying, so he walked into the room where they were huddled together and shot five-year-old Jael and two-year-old Angelina.

Now alone in the house, and presumably short on ammo, Griego went back to the gun cabinet and got out the AR-15 to ambush his father, a pastor, when he got home from night work at the church. When his father, Greg, arrived, Griego shot him in the entryway and left him to die.

The boy then went back upstairs, took the keys to his mother’s van, and drove off. Authorities caught wind of the crime when Griego asked his girlfriend’s grandmother (with whom she was staying) if he could move in with them “for a while.” 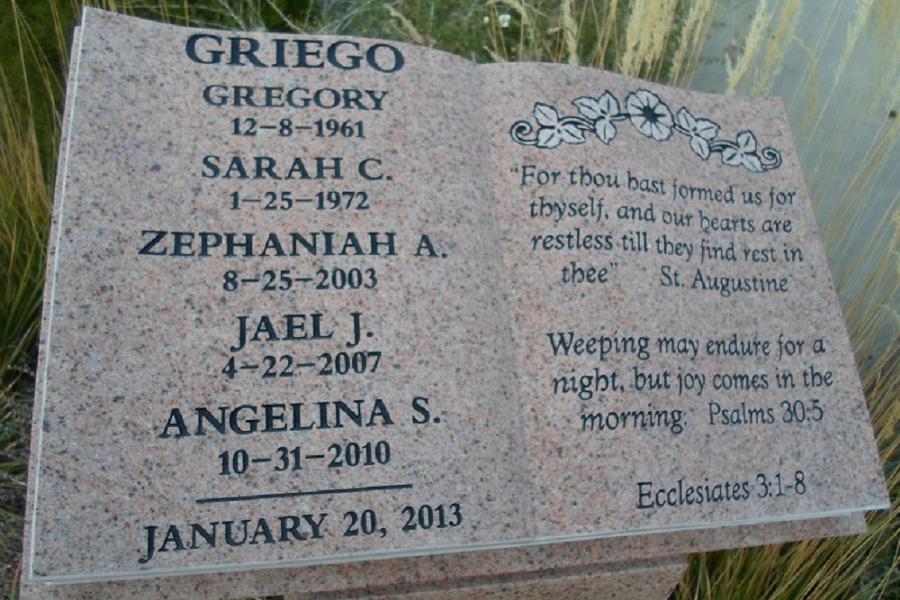 Find a GraveThe entire Griego family was buried together.

The more police learned about this case, the stranger it got. For starters, the Griego family was deeply religious — far more so than most American families. For one, 51-year-old Greg and his wife, 40-year-old Sarah, homeschooled their brood and mostly kept them away from the secular society around them.

Despite this strong Christian atmosphere, the parents seemed to be comfortable with Griego’s relationship with his 12-year-old girlfriend and may have turned a blind eye to a sexual relationship between them.

In fact, right after Griego shot his family, he texted his girlfriend with a confession and told her he was feeling crazy. According to the SMS logs, the pair then sent a series of sexually explicit texts to each other.

Ultimately, Griego claimed to have killed his parents because his father was controlling and abusive, but there’s evidence to suggest that his killings were part of a premeditated plan he worked out with his girlfriend.

She was allegedly supposed to kill her parents, too, but may have backed out of it at the last minute. When asked why, if it was his parents who were so abusive, he had to kill his younger siblings, Griego said only that it had to be “a thorough job.”

In 2016, the court decided to sentence the now-19-year-old Griego as a juvenile, which means he’ll be a free man when he reaches 21.