Discover The Seven Wonders Of The Ancient World

The Seven Wonders Of The Ancient World: Statue Of Zeus At Olympia, Greece The Statue of Zeus, one of the most remarkable of the seven wonders of the ancient world, might have been born out of petty rivalry — but its astonishing size and beauty have eclipsed everything else in the historical record.

The sculpture was originally commissioned by the Greek city-state of Elis, famous for holding the ancient Olympics, in an effort to outdo rival polis Athens, who had just finished construction on a massive statue of Athena for the Parthenon.

Not to be outdone, the Elean council snatched up the sculptor, a man named Phidias, as soon as his labors in Athens were finished and commissioned him to depict the king of all gods in his seat at the great temple in Olympia.

This video explores the context in which Phidias was commissioned to build the great statue at Olympia — and the scandals that dogged his footsteps.

It took Phidias 12 years to complete the sculpture — and when he finished in 435 BCE, the world thought that time was a small price to pay for the marvel he had brought to life.

The finished sculpture reportedly rose more than 40 feet in the air and depicted Zeus, wearing a gilded glass robe and wreathed in olive branches, seated on an elaborately painted throne inlaid with gemstones. 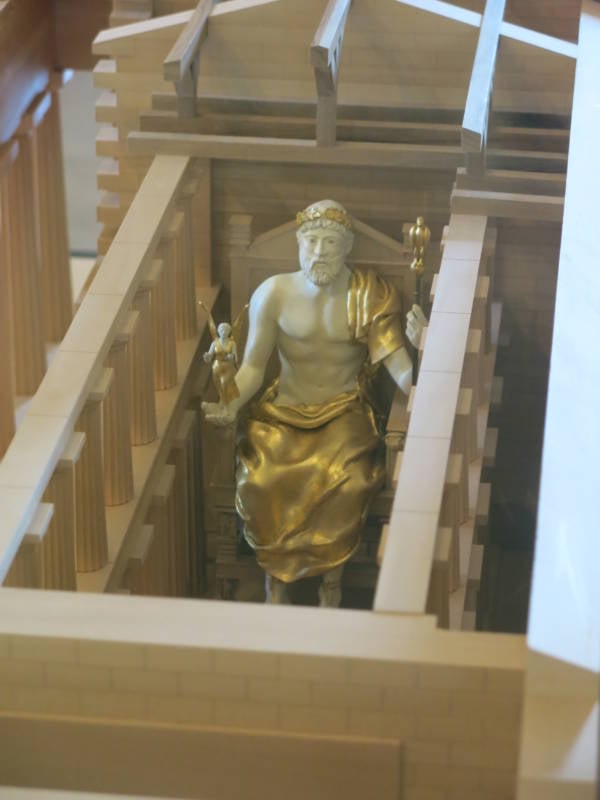 Wikimedia CommonsA model of the Temple of Zeus displayed in the Louvre that shows the scale of the statue relative to the temple.

In his hands he held a gold statue of Nike, the goddess of victory, and a scepter with a gilded eagle. The god himself was made from a wooden base that was then covered in ivory panels and bronze and gold plates.

According to legend, Phidias secretly carved the name of his lover, one of the recent Olympic victors, into Zeus’s pinky.

Sadly, the world will never see Phidias’s daringly romantic gesture — or the grandeur of the statue and temple. 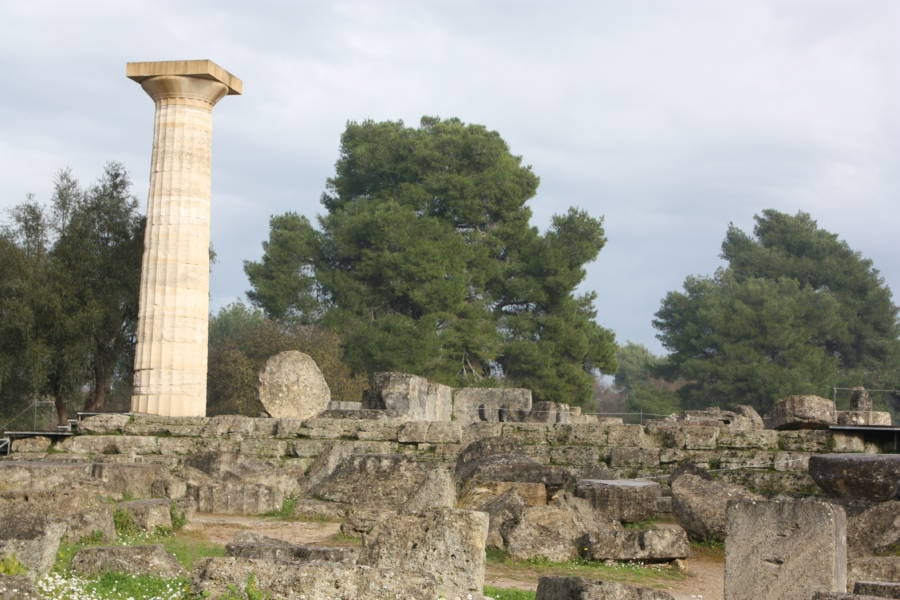 Wikimedia CommonsAll that remains today of the Temple of Zeus at Olympia.

Nobody knows exactly what happened to the statue. When the Roman emperors began to ban pagan worship around 400 CE, the temple was abandoned. A slew of natural disasters give historians a variety of cataclysmic earthquakes, landslides, and floods to choose from.

After that, some say conquerors hauled Zeus’s pieces off to distant lands. Others blame a fire that ravaged the temple in the 5th century CE.

But one recent find offers tangible evidence of the statue’s majesty. In the 1950s, archeologists discovered Phidias’s workshop, complete with the tools he used to craft the statue. Scattered in the rubble were small fragments of the gemstones and ivory that once adorned one of the seven wonders of the ancient world. 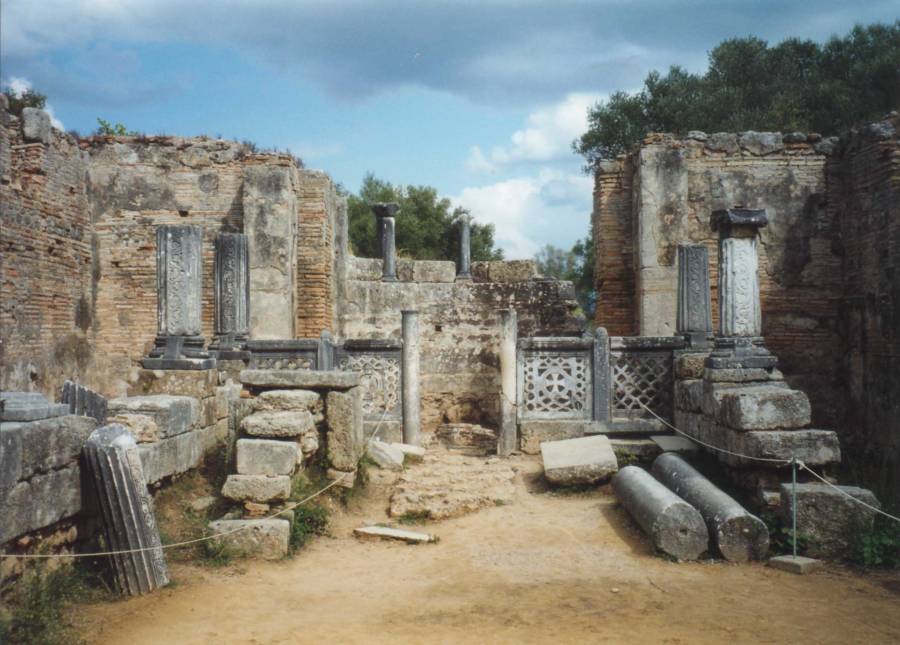 Alun Salt/FlickrThe sculptor Phidias’s workshop at Olympia, where he worked on the details for the 40-foot statue of Zeus.